Hany Abdullah, Editor-in-Chief of Egypt’s State-owned weekly magazine Rose al-Youssef, is being questioned by the National Press Authority (NPA) for a cover which the Coptic Church described as  “gravely offensive”.

The cover, which Rose al-Youssef pulled off its most recent issue of Saturday 13 June, carried a photograph of Anba Raphail, Bishop-General of Downtown Cairo Churches, in the same frame with that of Muhammad Badie, Supreme Guide of the banned Muslim Brotherhood movement, currently serving an 85-year prison sentence for violent crimes. A subheading under the two photos read: “Holy ignorance”, with a smaller caption under that of Anba Raphail reading: “Bishops collaborate with COVID-19 against Pope Tawadros: Killing in the name of the Lord”. 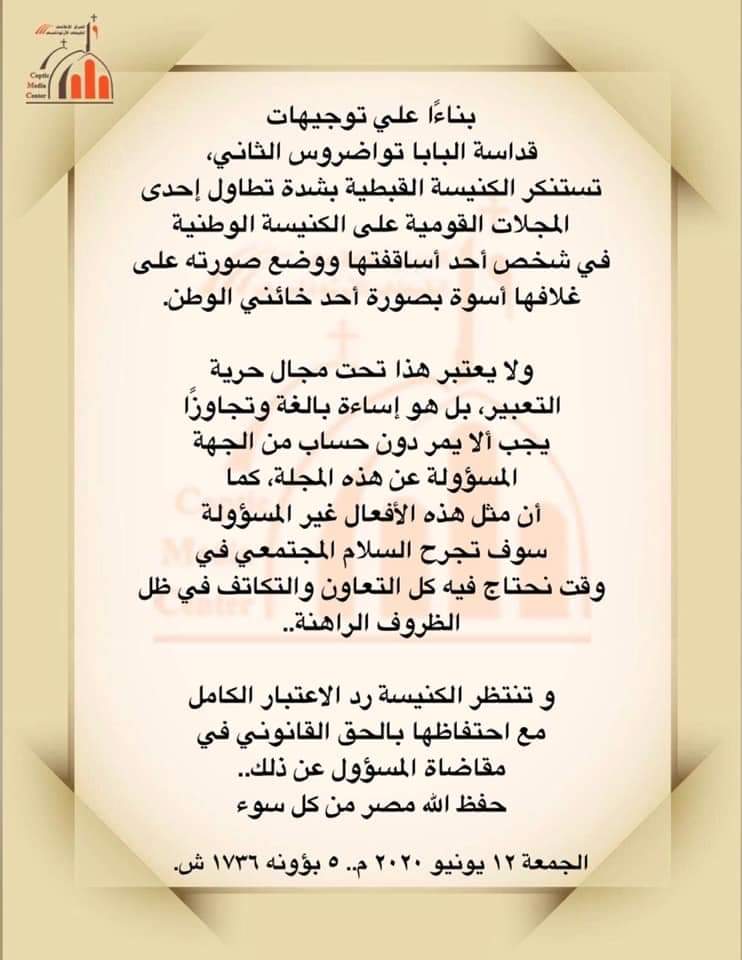 In addition to questioning the Rose al-Youssef’s Editor-in-Chief, the NPA ordered suspension of the editor in charge of Coptic affairs pending investigation.

The authority apologised to the Church, and said the magazine should print in its following issue an official apology for the “offence”, in light of the good relations between the Church on one hand, and the NPA and Egypt’s media in general on the other.

For his part, Mr Abdullah defended his magazine by saying that the feature to which the cover alluded was good reporting, and fair to the Church. He said Rose al-Youssef had always enjoyed excellent relations with the Church.

The Coptic Orthodox Church had a day earlier issued a statement in which it said that, according to directions by Pope Tawadros, it “strongly denounces the disrespect displayed by a State-owned magazine for the Church, represented in one of its bishops, by placing his photograph alongside that of a traitor to the nation.

“The Church does not see this as freedom of expression, but as a grave offence that should not pass without taking to account the magazine’s administration.

“Such irresponsible actions work to wound societal peace at a time when cooperation and solidarity are needed.

“The Church expects full amends for the offence, and retains its right of taking legal action.

“May God protect Egypt from all evil.”

The cover was referring to a feature in the issue, which tackled the controversy raging on social media, on how churches would deal with specific rituals, when they reopen once cautionary restrictions against COVID-19 are eased. Especially significant has been the argument of whether or not the Coptic Church would continue to use the age old method of administering Communion by a common spoon, the masteer. 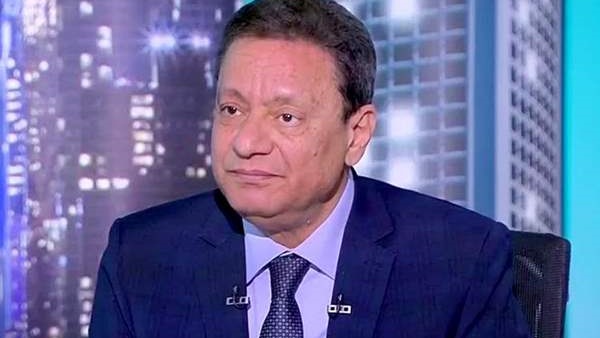