The church of Mar-Girgis (St George) and Anba Abra’am in the village of Mit-Nama in Shubral-Kheima, Qalyubiya, on the northern outskirts of Cairo, has reopened following a year of closure. The reopening comes in the wake of the church obtains all the legally-required permits and documents.

Anba Morcos, Bishop of Shubral-Kheima, on Sunday celebrated the first Mass in the newly reopened church. Amid a rejoicing congregation he promoted the priest Fr Habib Girgis, and ordained 87 deacons and altar boys.

The 400sq.m wide building belongs to the diocese of Shubral-Kheima under whose jurisdiction Mit-Nama falls. Shubral-Kheima Bishop Anba Marcos had purchased the building, and the congregation had prepared it for holding prayers during Passion Week in April 2019. But the police closed it for lack of licensing papers. 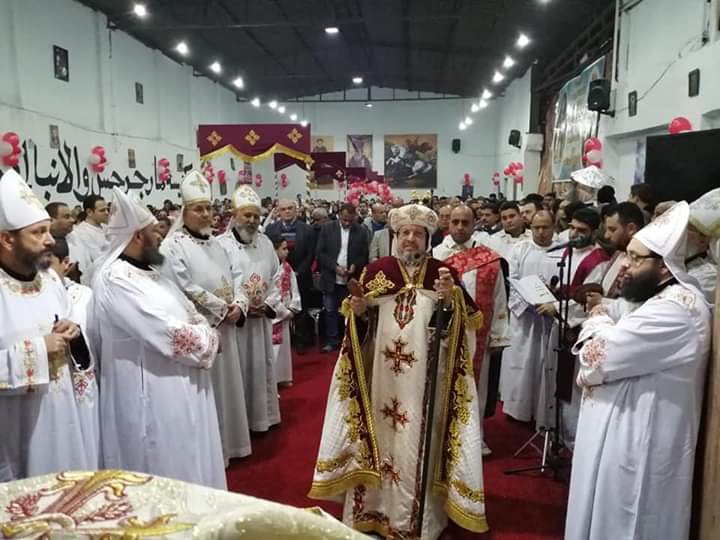 Until Mar-Girgis and Anba Abra’am reopened, Mit-Nama Copts, who form some 1500 [extended] families, had no place to worship in their village. Since 2001, they twice attempted to build a church on land they had purchased, having obtained all the legal permits required to build the church. In 2001 then in 2007, the village Muslims waged violent attacks against the Copts and the workers on the site, and construction had to be halted. 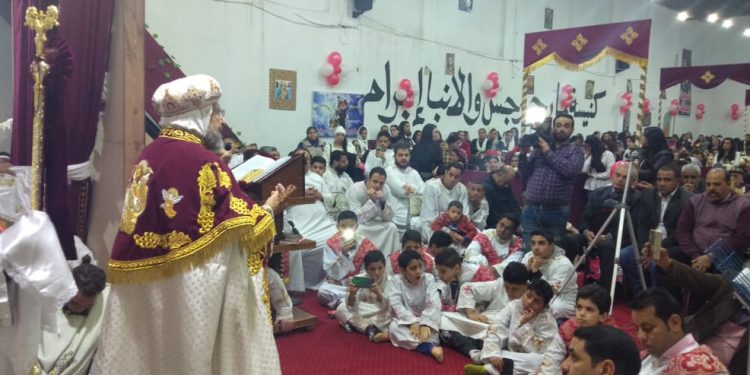 The story was posted on wataninet: