The Coptic Church was well represented at a recent seminar that discussed spreading awareness among the public on the rationalisation of water consumption. The seminar, held at the Ministry of Water Resources, was organised by the Ministry jointly with the Nile Information Centre in Cairo, which is affiliated to the State Information Service. Attending was Hossam Mashhour, director-general of awareness at Egypt’s Holding Company for Water and Wastewater (HCWW) in Qalyubiya.

Father Boulos Gamil, media coordinator of the Diocese of Banha and Qwesna in Qalyubiya, talked about the Church’s active role in promoting a culture that treated water as a valuable but shrinking resource.

Apart from it’s time honoured practice of including prayers for “the water of the River [Nile] in Mass, the Coptic Church, Fr Boulos said, spread awareness of the need for Egyptians to rationalise the consumption of water through several axes. First, he said, Pope Tawadros II had in August 2015 signed with the then Water Resources Minister Hossam Mughazi the protocol “Protecting the Nile Document”, which came within the framework of the national campaign for preserving Nile water. 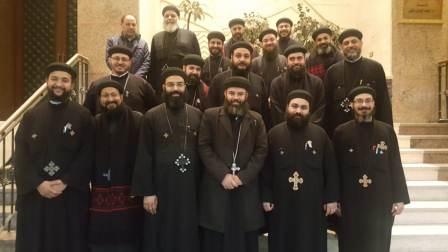 The Church also worked to raise awareness on rationalizing of water consumption through holding seminars, spreading the preservation culture through Christian satellite channels and the Coptic Church’s Facebook page, and through the various cultural activities held by the Church.