For the second year in a row, the Coptic Orthodox Church of St Mary and St Antonius in Milwaukee, Wisconsin, has been among the ethnic groups honoured for their international cultural displays at the annual Holiday Folk Fair International in Wisconsin, Chicago.

Milwaukee’s St Mary and St Antonius represented Egypt at the fair, and was awarded for Best Educational Presentation. Other ethnic groups were awarded for their interaction with the public, artistic presentation, use of theme, depiction of culture and overall cultural booth. 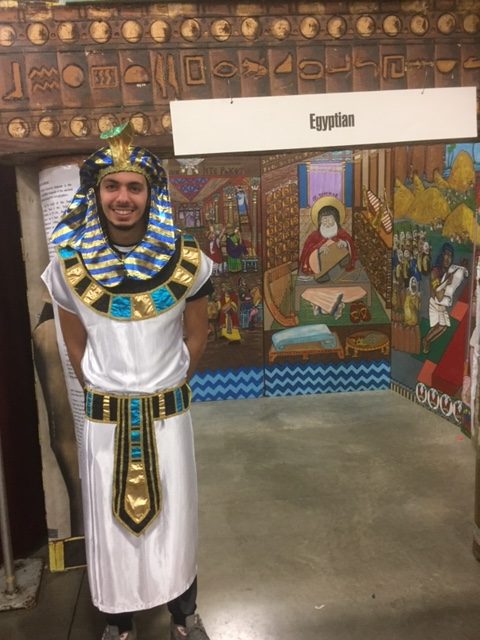 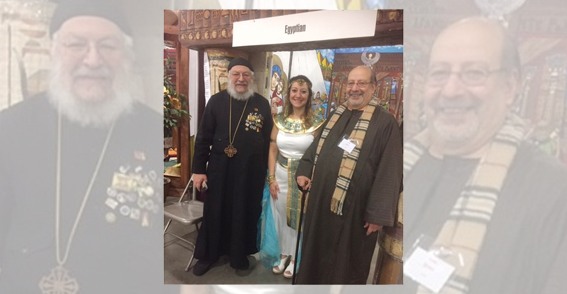 This year marked the 76th round of the Holiday Folk Fair which is held every year in November at the State Fair Park Exposition Center of West Allis, Wisconsin. Holiday Folk Fair International is a multicultural festival, a programme of the International Institute of Wisconsin. It celebrates the cultural heritage of the people living in south-eastern Wisconsin, featuring how music, food, dance, and art together weave a message of welcome.

The festival describes itself as a “community of communities”. Its aim throughout the last 76 years, has been to keep “our rich and diverse living heritage, safeguard the past, honour the present and embrace the future”. 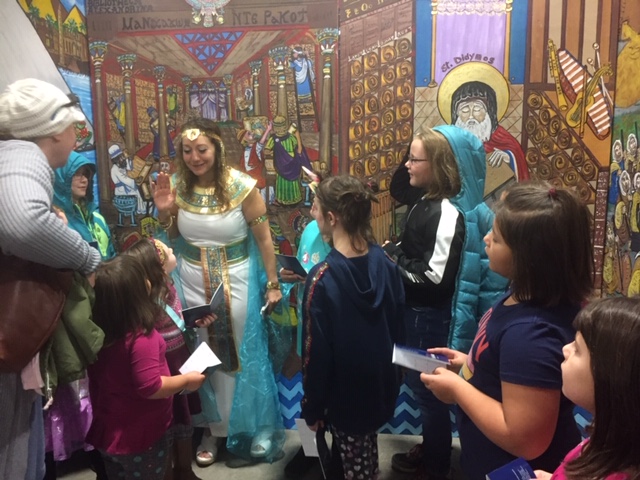 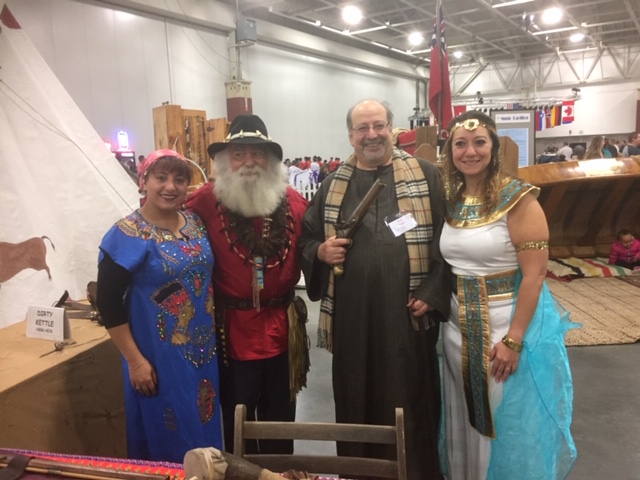 This year’s round was held from 22 to 24 November; its theme was “Celebrate the Culture of Language – Indigenous and Heritage”, and it featured participation of 50 ethnic communities living in Chicago.

Participants displayed and celebrated their unique and special traditions, heritage, and languages through story, music, song and dance, art and cuisine.

The first day of this year’s fair, Friday 22 November, was celebrated as Education Day.

Numerous students converged on the festival; they had the opportunity to personally experience global connections through ethnic displays, workshops, mini-language classes, demonstrations, music and dance performances, foods and a marketplace. 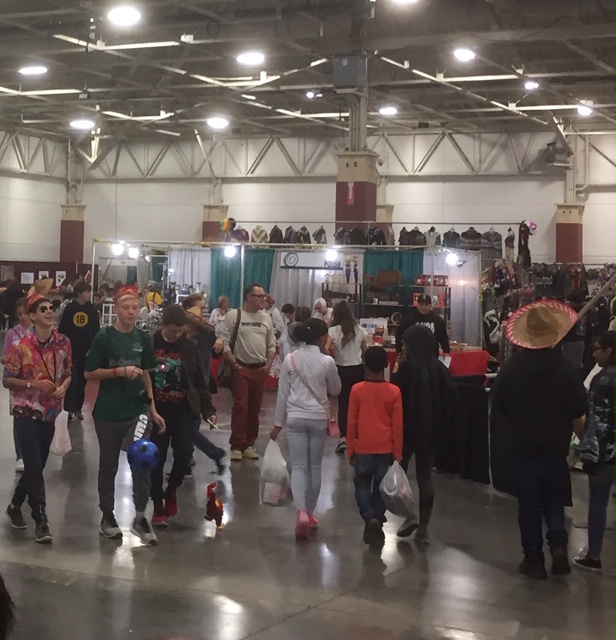 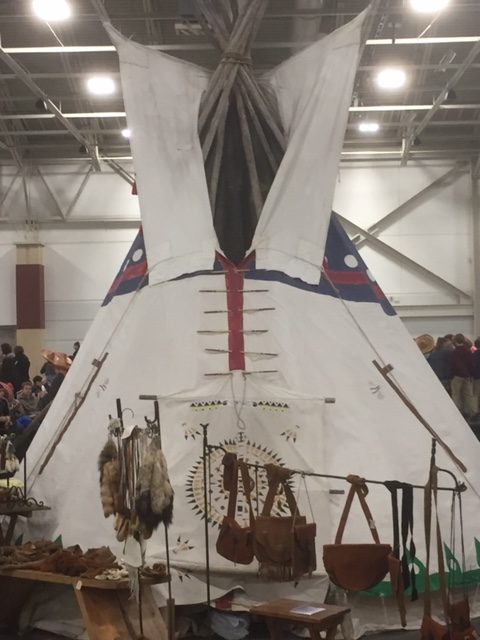 Egyptian Artist Shafiq Botros participated with paintings which honoured the theme. He explained that since this year’s round honoured languages, the Coptic Church chose Coptic language to express its culture. The Coptic/Egyptian booth, he said, showed the evolution of Coptic language from its ancient Egyptian origin till it was later influenced by Greek.

Mr Botros explained that the Coptic/Egyptian booth featured paintings and posters that explained the development of Coptic language. The Egyptians standing in the booth, he said, explained to visitors that St Mark, who brought Christianity to Egypt in the first century, used Coptic which was the language spoken by Egyptians. The booth displayed an icon of the Holy Family during its flight into Egypt; and representatives explained to visitors the history of Coptic icons and how they were employed to explain the Bible to beginners in a simple way. 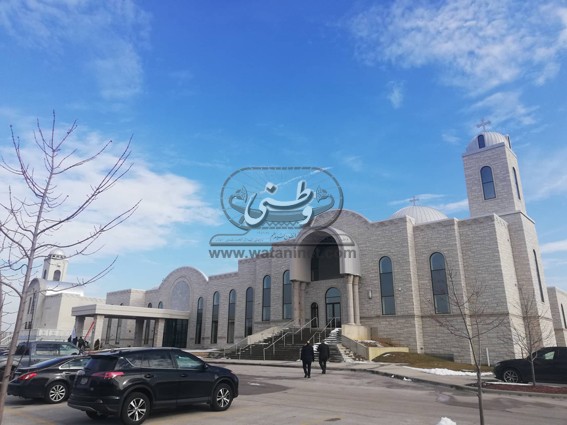 Among Botros’s paintings in the Coptic/Egyptian booth was an icon of St Didymus the Blind (313 – 398). Didymus, who became blind at age four, grew up to be a distinguished Coptic theologian. He excelled in study and research, and found ways to help blind people to read, experimenting with carved wooden letters similar to Braille, some 15 centuries before Louis Braille created his reading tactile system for the visually impaired.

St Didymus was the apostle of St Athanasius, he remained a layman all his life and became one of the most learned ascetics of his time. After St Athanasius died, St Didymus became head of the Catechetical School of Alexandria from 346 until his death in 398. He wrote several books that were kept in the ancient Library of Alexandria, but they were all lost, as were his wooden letters, when the Library was later burned.

Mr Botros explained to ++Watani++ that he had a certain message to send through his St Didymus the Blind painting: “Never let disability stand between you and your goal.” He said the St Didymus message particularly impressed students who visited the Coptic/Egyptian booth; he was for them a model of strong will and challenging oneself.

Mr Botros said that 150,000 students visited the festival. Many, he said, were impressed by the presentation offered on Coptic art and iconography, and by the Egyptian cuisine dishes prepared by Coptic women.

According to Fr Ruweis Awadallah, pastor of St Mary and St Antonius’s, the church has been participating in the festival since 1996. He warmly and proudly explained how it brings together different cultures, promoting rapprochement and knowledge of the ‘other’. This, he said, makes love grow among peoples. “Therefore, in the name of Egypt, the Church is keen to participate in this fair,” he said. 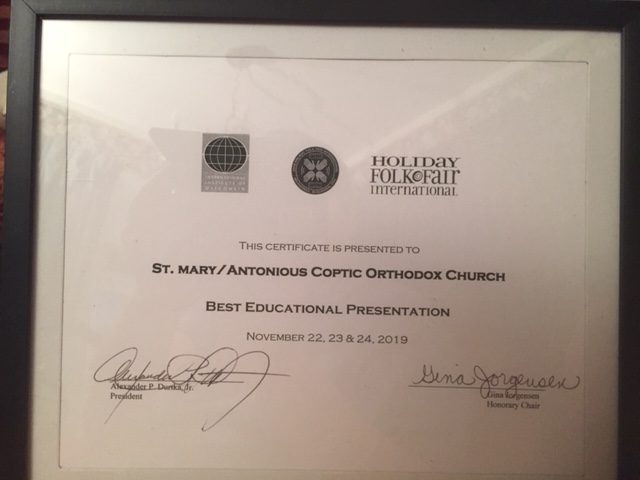 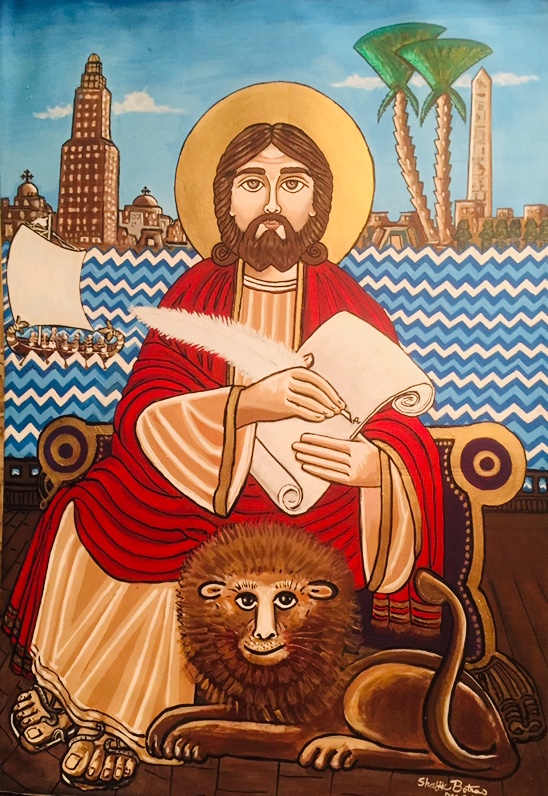 Incidentally, the Coptic Orthodox Church in Chicago last month celebrated 50 years since its service started in central-western United States and Chicago. The celebration was held at St Mark’s church which was the first Coptic Orthodox church in Chicago. Attending were Ambassador Sameh Abul-Enein, Consul of Egypt in Chicago; Muhammed Eissa, representative of al-Azhar; as well as a large number of Coptic priests and representatives of sister Churches in central US. Coptic businessman Cameel Halim and his wife Hoda Halim, head of the Preserving Coptic Heritage Association also attended among scores of Copts. The Halims were the first to be wed in 1969 in the Coptic Orthodox Church in Chicago when it was first established.

A speech recorded especially for the event by Pope Tawadros II was broadcast during the celebration, as well as a historical presentation of how the service started in Chicago and how it has developed over 50 years. Several speeches by members of the clergy were given, as well as a briefing on the activities of the Coptic Church in central-western US, including youth service and Sunday School. St Mark’s church choir gave a beautiful recital of Church hymns. The church also offered a presentation on Egypt’s history and its prominent tourist attractions. 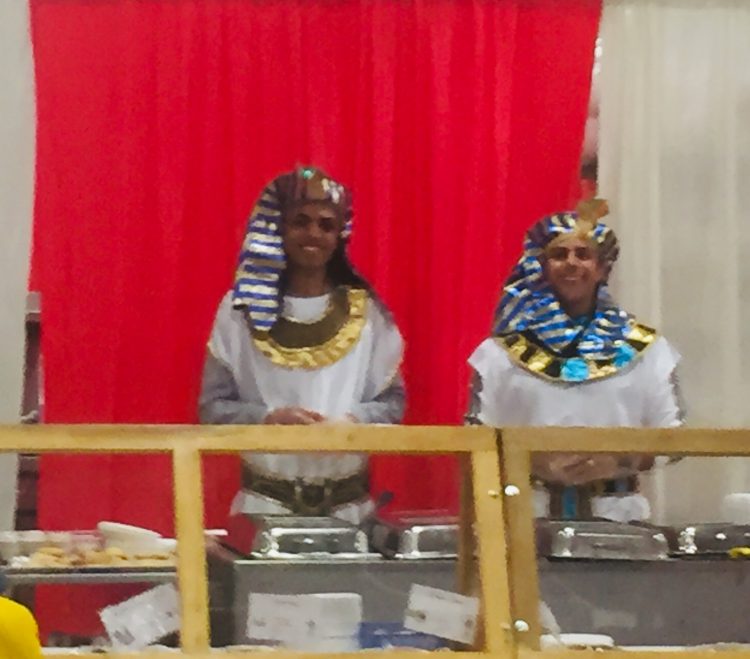