To commemorate the 50th anniversary of the Coptic Church of St Mark in Arncleff, South of Sydney, Mass was celebrated there this morning, officiated by Anba Daniel, Bishop of Sydney; and Anba Daniel, Bishop and Abbot of St Shenouda’s Monastery in Sydney. Attending was Prime Minster of Australia, Scott Morrison, with his wife and two daughters. They were joined by Egyptian Consul General to Sydney, Yasser Abed; Australian Minister for Immigration, Citizenship and Multicultural Affairs David Coleman, and other dignitaries. 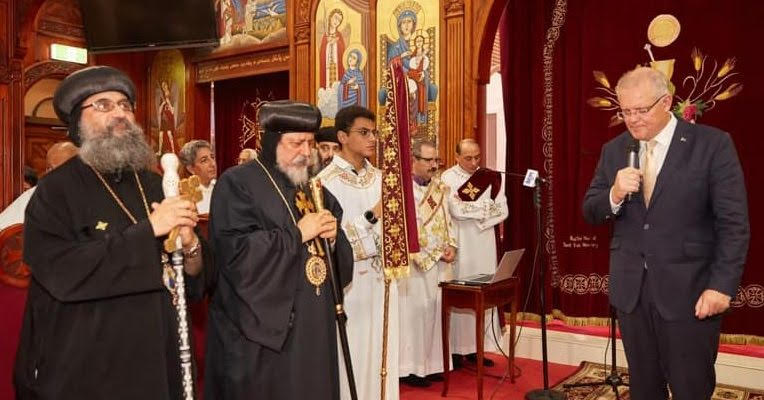 After Mass, a moment of silence was observed in honour of the 50 victims of the shooting at two mosques in Christchurch, New Zealand, on Friday 15 March 2019. 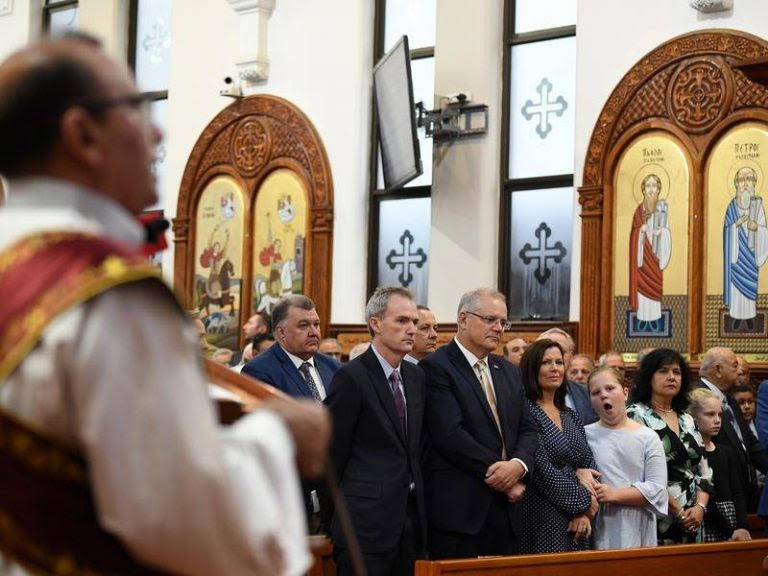 Mr Morrison gave a word in which he extended his sincere gratitude to everyone who attended the celebration, extending his profound condolences to the families of the New Zealand victims. He urged the Australian community to spread out messages of hope, especially after the incident. 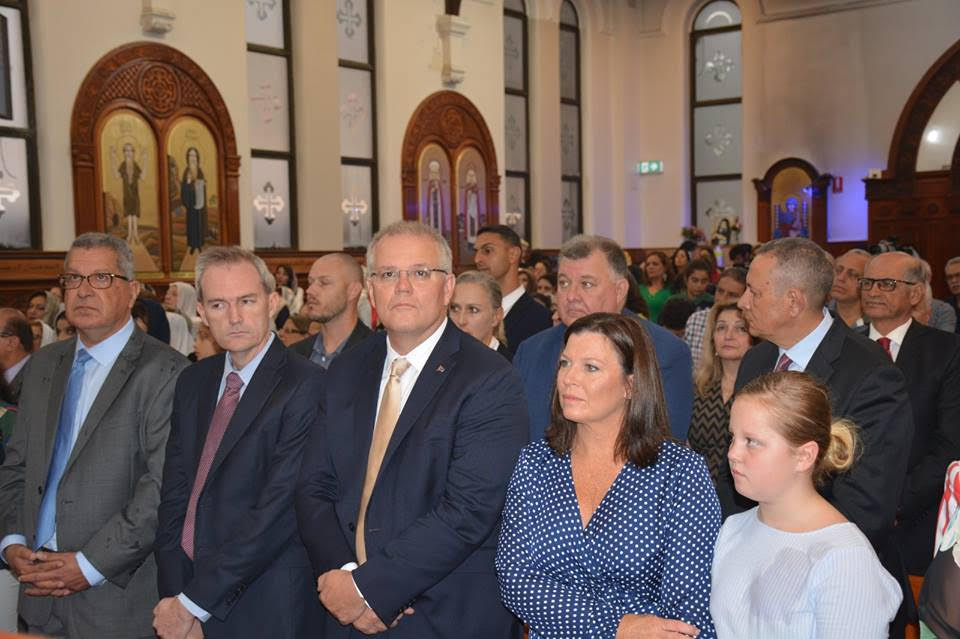 “May God continue to bless your service,” Mr Morrison concluded. 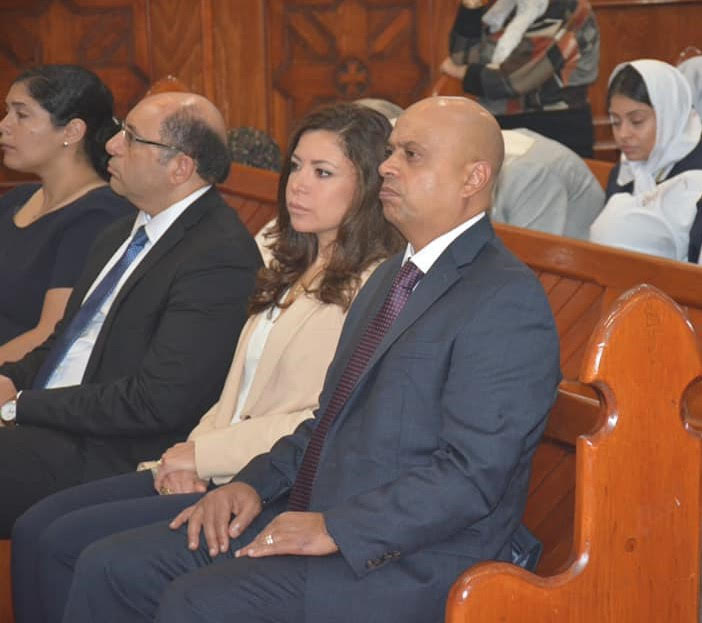 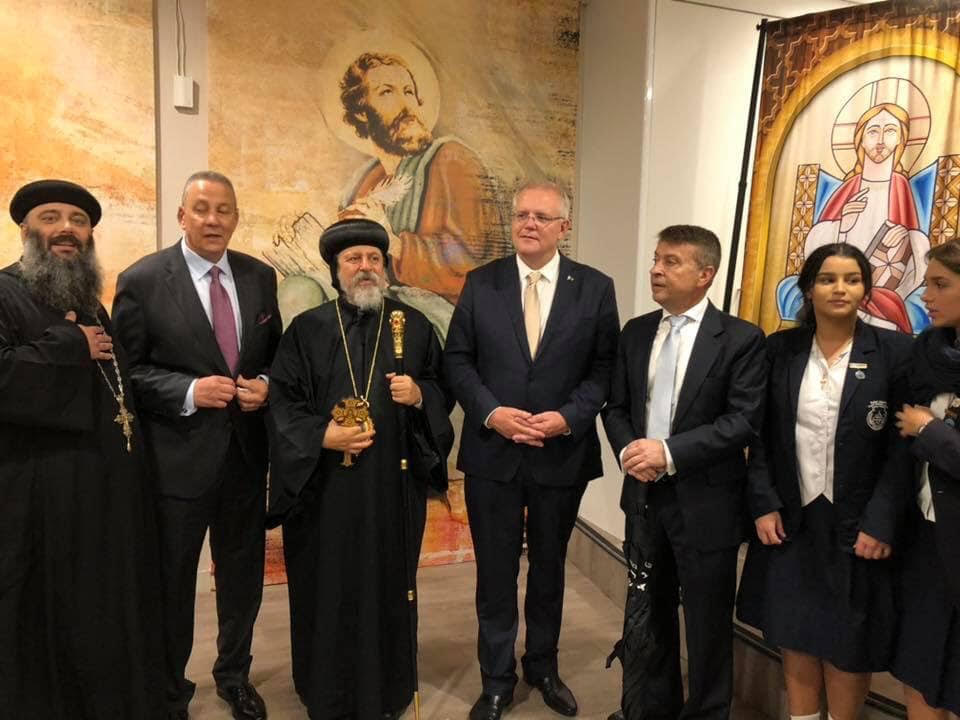