Pope Tawadros II has issued a papal decree defrocking the priest Reweiss Aziz Khalil who ministered in the Diocese of Minya and Abu-Qurqas, but is currently resident outside Egypt. According to the decree, which was issued today 18 July 2020 and was pronounced “effective immediately”, Mr Khalil was defrocked on account of “repeated infringements that are unacceptable to the priesthood and its ministry”. The defrocking decision, the decree informed, was based on a recent investigations. Mr Khalil was laicised and ordered to return to his preordination name, Youssef Aziz Khalil, thereby stripping him of priestly rank.

The papal decree was declared a notification to civil authorities in Egypt and the US to revoke recognition of Youssef Aziz Khalil as a priest in the Coptic Orthodox Church. It was signed by Pope Tawadros II.

Also on Saturday 18 July, the Diocese of Minya and Abu-Qurqas issued a decision signed by its Bishop Anba Macarius, defrocking the same priest. The decision, according to the statement, was based on investigation of complaints by members of the congregation of the church of Mar-Girgis in al-Fikriya, Abu-Qurqas; and from the US and Canada. The defrocked priest was stripped of his priestly rank and name, and ordered to go back to his lay preordination name. 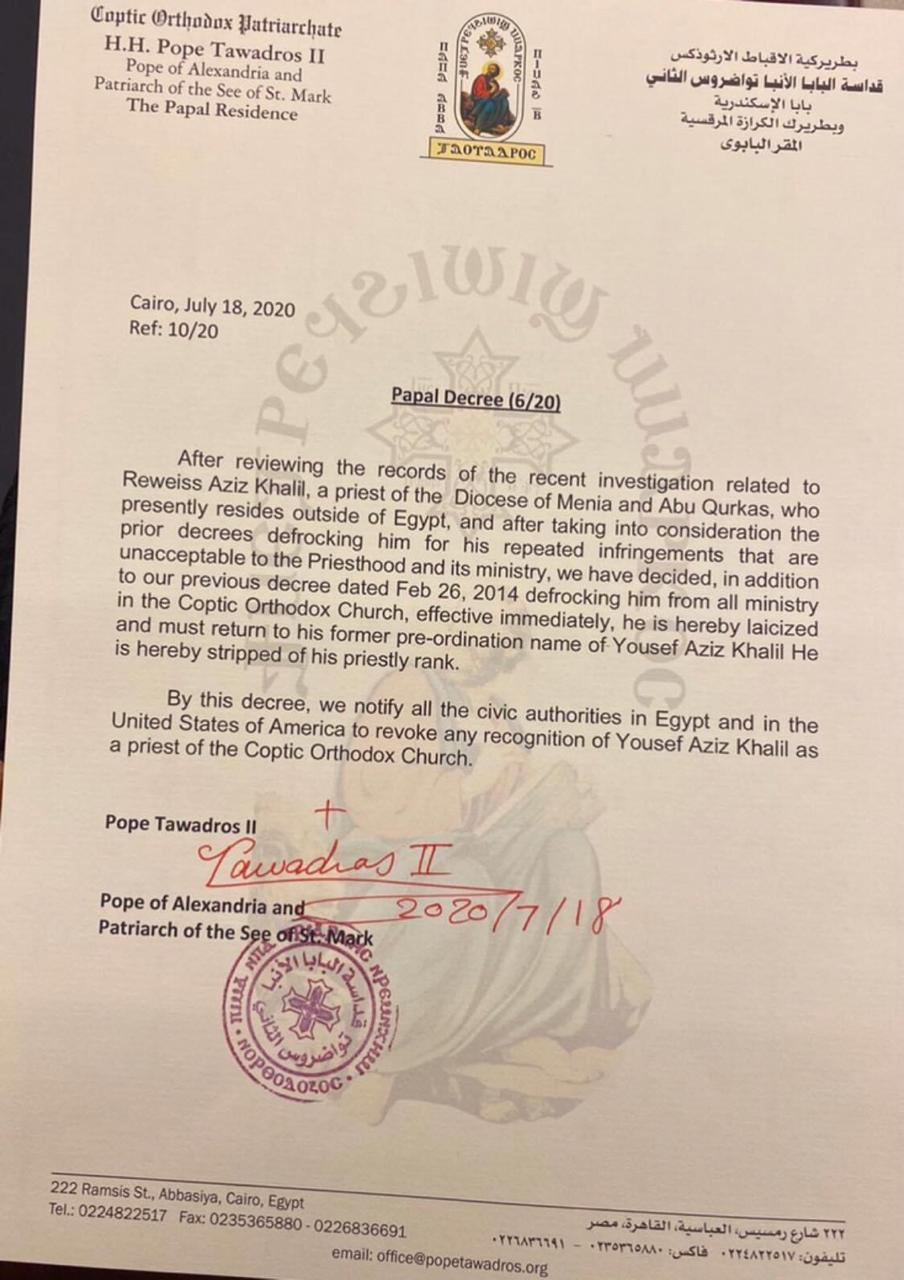