Police has released 15 Copts that had been detained a day earlier in the village of Mina, Markaz al-Shuhada, in Menoufiya in the mid-Nile Delta. The Copts had been arrested after participating in a peaceful sit-in in front of their houses, in protest of police inaction over a missing Coptic woman, 39-year-old Rania Abdel-Messih.

Ms Abdel-Messih was reported missing since last April. She is a mother to three daughters, an English language teacher in a school in Menoufiya, and a church servant. Her family and church believe the police know where she is but is not bringing her back. It has been rumored on Facebook that she has converted to Islam, a claim her family and church believe could never have taken place, and would not be possible except under extreme coercion. They claim she was abducted.

Father Qozman, priest of the local church of Archangel Michael, said that the 15 Copts who were arrested are part of the Abdel-Messih clan. “They stood peacefully outside their houses wearing face masks, thus complying with the health regulations against COVID-19,” Father Qozman said. A number of priests from the diocese of Menoufiya were also there in support of the Coptic family. The police asked the priests, together with representatives of the Abdel-Messih family to go talk with the security chief at his office. While on their way, Fr Qozman said, the police caught the 15 Copts for questioning. They were released the following day.

Last May, some 10 days after Ms Abdel-Messih disappeared, the Menoufiya priest assembly issued a statement asking the relevant authorities to find her for the sake of her distraught daughters.

Three weeks later, and still no news of Abdel-Messih, the Menoufiya priest assembly issued another statement declaring their full withdrawal from the Beit al-Aila, literally ‘Family Home’, in protest. Beit al-Aila is a quasi-governmental entity headed by the Grand Imam of al-Azhar nd the Coptic Pope, and including as members representatives of Muslim and Coptic clergy and laymen. It was established in 2011 with the aim of supporting national unity and aborting attempts at sectarian sedition in Egypt.

In their second statement, Menoufiya priests stressed their love for the nation and their firm belief in the State of law that respects citizenship rights. However, they denounced what they described as the ‘utter passivity’ of Beit al-Aila which never took any serious steps to address the substantial problem [of Ms Abdel-Messih] that affects an Egyptian family. They called for the direct intervention of President Sisi in order to bring Ms Abdel-Messih home.

Last week, a Coptic teenage girl who had been reported missing was brought back to their families a few days later. She was 15-year-old Yustina Magdy Attiya from the village of Bayad in Bani Sweif, some 100km south of Cairo. Egyptian law bans underage persons from taking life changing decisions such as conversion or marriage. 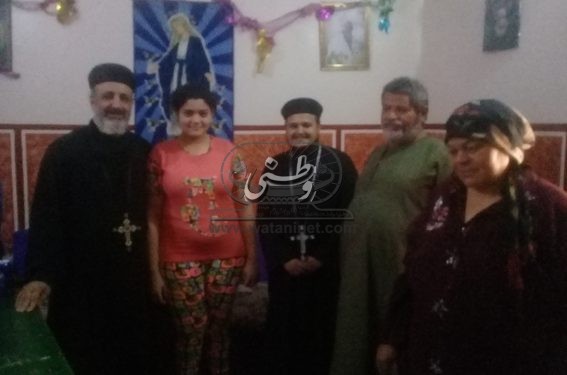