Egypt’s Culture Minister Ines Abdel-Dayem paid her first ever visit to the Coptic Orthodox Cathedral of St Mark in Alexandria on 29 July. Ms Abdel-Dayem opened the Book Fair held at St Mark’s for the third year in succession. The fair runs till 10 August. 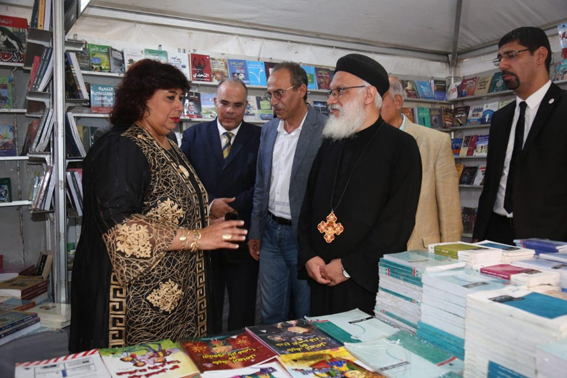 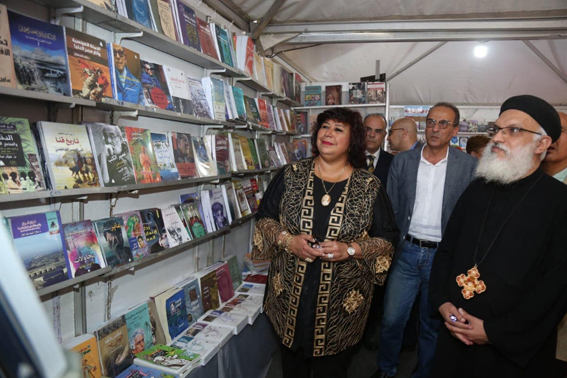 The Minister toured the pavilions of the fair, and visited the recently-renovated Cathedral. She listened to Fr Abra’am Emil recount its history, saying that it stands on the spot where St Mark the Evangelist, who preached Christianity in Egypt and founded its Church, was martyred in 68AD. The church was built in the 4th century, and has since been destroyed and rebuilt several times. The current building goes back to the 19th century, but was expanded and renovated in the 20th century. The head of St Mark is held in the crypt. The Cathedral was the seat of Coptic patriarchs until the early years of the 11th century when it was moved to Cairo which was then the capital city of Egypt. 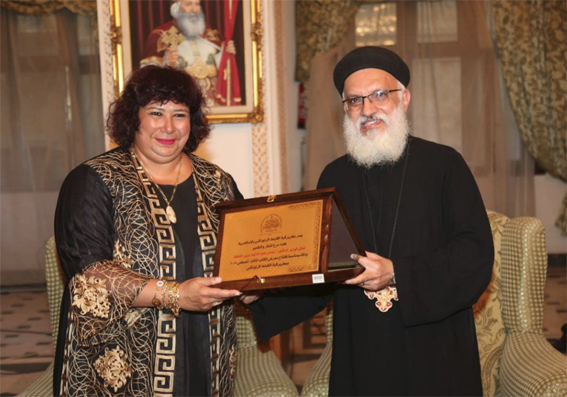 Fr Abra’am gifted Ms Abdel-Dayem with the shield of the cathedral, in appreciation of the efforts exerted by the ministry in raising awareness and promoting the fine arts. 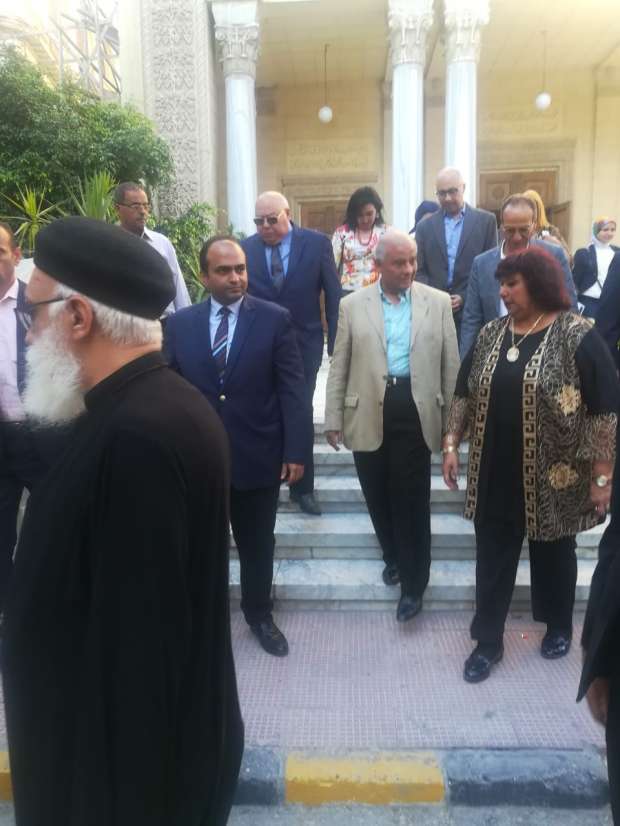 “The book fair at the cathedral is a ray of enlightenment in the coastal city of Alexandria which has played a vital role in the movement of Egyptian culture along ages, especially during the time of Pope Kyrillos IV, famous as Father of Reform, in the mid-19th century,” Ms Abdel-Dayem said. Pope Kyrillos IV established Coptic schools and the first school for girls in Egypt. He also imported the first non-State owned printing press. 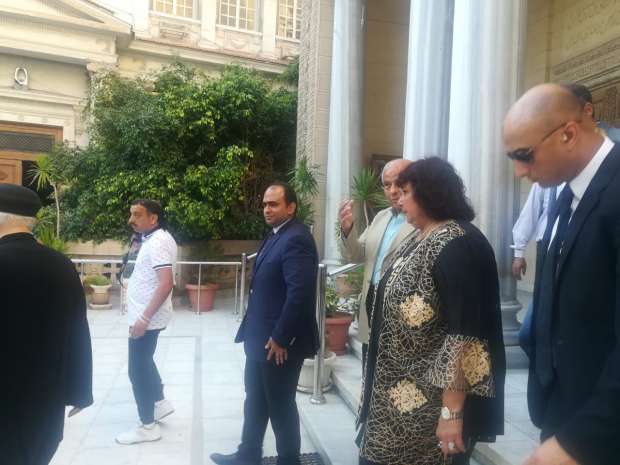 Minister Abdel-Dayem decided to gift the Coptic Church with a collection of publications issued by the Culture Ministry. She said it was a gift from the Ministry to St Mark’s, the first and oldest Church in Africa,” The collection includes books on Egypt’s history, heritage, and churches. 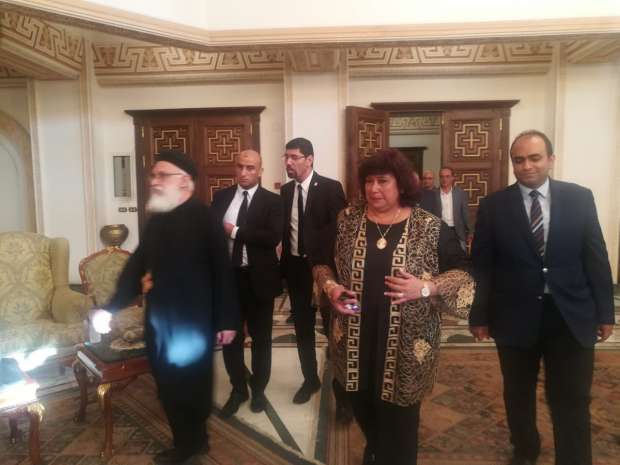