Egypt’s Armed Forces issued a statement today Sunday 3 May 2020 announcing the military had killed 126 takfiris in northern and central Sinai in operations carried out “during the past period”. The operations resulted in death or injury of four army officers, three non-commissioned officers, and eight soldiers.

Takfiris are extremist Islamists who declare the entire community to be kafirs, meaning infidels who do not obey the word of Allah and who, as such, deserve to be killed.

The Armed Forces statement said that the takfiris were killed in 22 raids and 16 special operations. It cited the arrest of 266 “criminal elements and suspects”, adding that the Egyptian Air Force destroyed 228 hideouts and 116 four wheelers used by the terrorists, as well as 56 vehicles and 226 motorcycles with no license plates. The military also detonated 630 explosive devices planted on roads in the operation zones, and demolished eight tunnel openings.

Today’s Armed Forces statement comes within a long ongoing battle between Egypt’s military and Islamist jihadi and takfiri militias that barricade themselves in the mountainous terrain and caves of northern Sinai. Operation Sinai 2018, a counter-terrorism campaign, has been ongoing since February 2018, and involves land, naval and air forces, as well as the police and border guards. 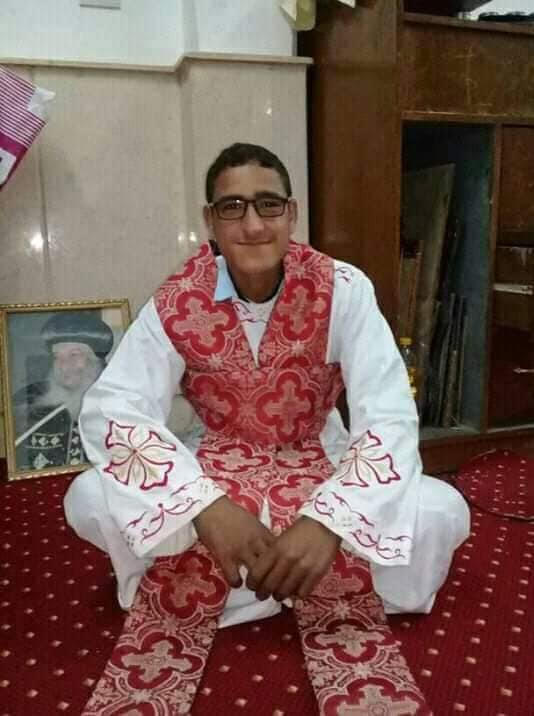 The statement came hours after the Interior Ministry announced its security forces had killed 18 terrorists and seized 13 automatic weapons, three explosive devices and two suicide belts in a shootout at a house they used as a hideout in the town of Bir al-Abd in northern Sinai. That operation was in response to a terror attack that took place at a military checkpoint south of Bir al-Abd on Thursday 30 April, and for which an Islamic State (IS) group claimed responsibility. The attack claimed the lives of 11 officers and soldiers when an explosive device targeted their armoured vehicle at the checkpoint. 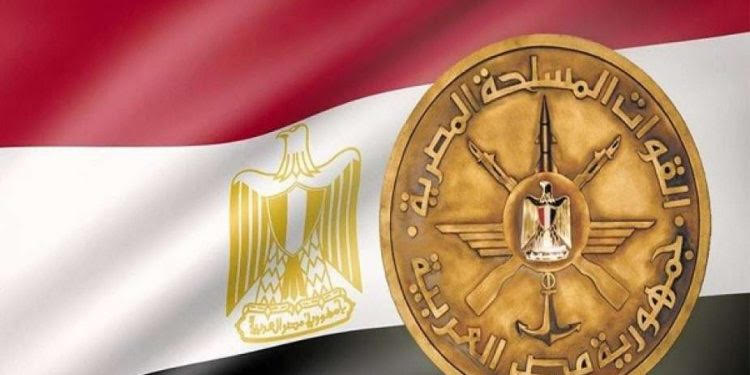 The day following the terror attack, the Armed Forces declared they had killed two dangerous takfiri elements in northern Sinai, who carried an automatic rifle, a wireless device, and ammunition. On the Armed Forces Facebook page, the military spokesman said Egypt’s army would keep up their fight against terrorists, to “maintain security and stability for the homeland.” 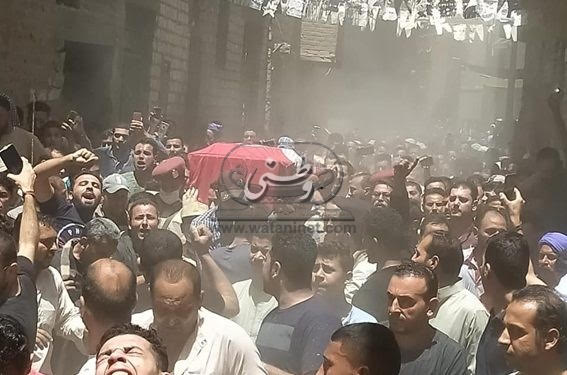 The nine military men killed at Bir al-Abd were mourned by all Egypt, with President Abdel-Fattah al-Sisi expressing heart-felt condolences to their families. “The terrorists have killed our heroes and sons in Bir al-Abd,” the President tweeted. “They are trying to take away our country from us, but with God’s help and Egypt’s strong army, we are capable of destroying their malicious hopes and treacherous souls.” 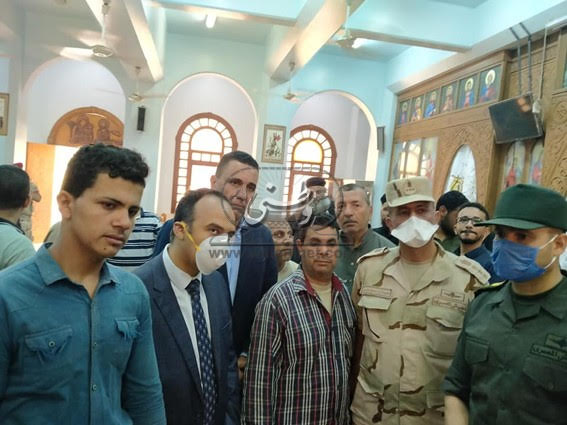 Churches of various denominations in Egypt all issued statements mourning the military men who lost their lives, and praying for their families.

The Coptic Orthodox Church’s statement declared that the Church and its patriarch Pope Tawadros II deeply mourned the military martyrs who lost their lives in the Bir al-Abd explosion. “The Coptic Church values the efforts exerted by the men of the Armed Forces to protect the security of our homeland Egypt, and to maintain its stability. The Church affirms its solidarity with the Armed Forces in their war against terrorism and in confronting all who attempt to destabilise our country. We pray that God may grant comfort and peace to the families of the martyrs, and for a speed recovery to the injured.”

“May the Lord preserve our beloved Egypt from evil, and bestow peace and security on her sons and daughters.” 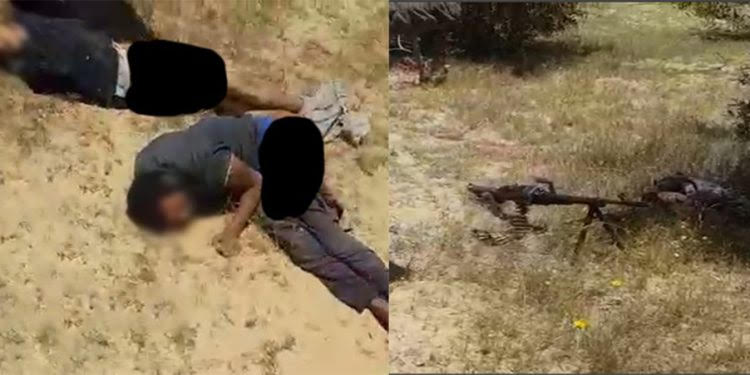 Amid heartbreak and pride in the sons who laid down their lives for their country, Egyptian towns and villages buried the soldiers who died in the Bir-Abd terror attack on 30 April. Among the dead were two Coptic soldiers: Abanoub Abdel-Tawwab Boulos from the village of Toukh in Minya, some 250km south of Cairo; and Alaa’ Emad Samir from the village of Bawan, also from Minya region. 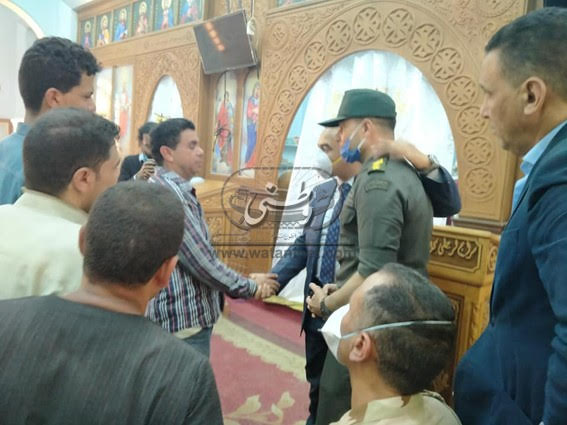 On its Facebook page, The Coptic Orthodox Diocese of Deir Muwass and Dalga In Minya, mourned its son Abanoub Boulos who was a deacon at the church of Anba Gellinikos In village of Toukh. His funeral service was

attended by local security and military officials, as well as a representative of Minya Governor Usama al-Qady.

The other Coptic martyr, Alaa Samir, was buried in his home village of Bawan in Minya. A funeral service was held for him at the village church of the Holy Virgin, attended by Minya Governor deputy, and local security and military officials. Despite Coronavirus restrictions, thousands of Coptic and Muslim villagers insisted on walking in the procession from the church to the tomb, with many attempting to carry his coffin which was draped in the Egyptian flag. 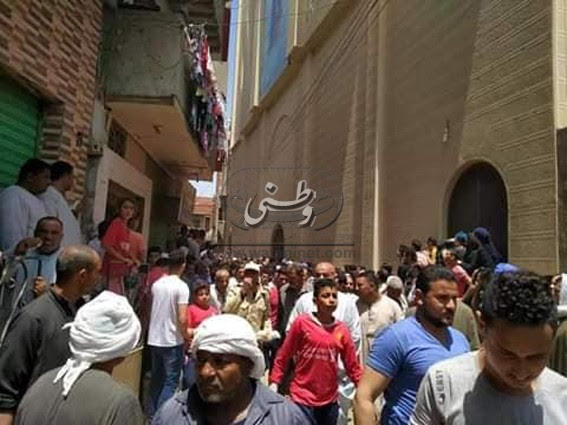