Anba Moussa opened the convention, and delivered a lecture on the concept freedom in Christianity.
Mass was said daily; a large number of young men taking part as deacons. Daily praise was held in Arabic and Coptic, in addition to passages sung in the languages of the countries from which came all the participating young people. 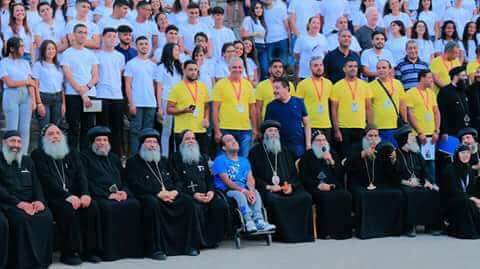 A number of trips were organised for the young people to visit Christian landmarks in Greece; they visited the monastery of Anba Badaba the Egyptian whose body remains intact, as well as the church and monastery pf Deaconness Phoebe.
On closing day, it was agreed that next year’s convention would be hosted by the Diocese of Torino and Rome, the second time this diocese hosts the convention.