For the first time in the Upper EgyptIan city of Qena, some 580km south of Cairo, female chanters took part in Holy Mass at the church of the Holy Virgin. It is very rare, almost but not altogether unheard-of for women to join in chanting with the all-male deacon choir during Mass in the Coptic Church.

The girls and young women who took part in the event wore waist-length white tunics embroidered with red crosses, a design similar to that of the robes worn by members of the deacon choir. They were thrilled with their untraditional new role in Mass.

The Mass was held under the patronage of Anba Sharoubim, Bishop of Qena, the priests Father Bishoy Nayrouz, and Father Boutros, and the Cantor Shenouda Moussa. 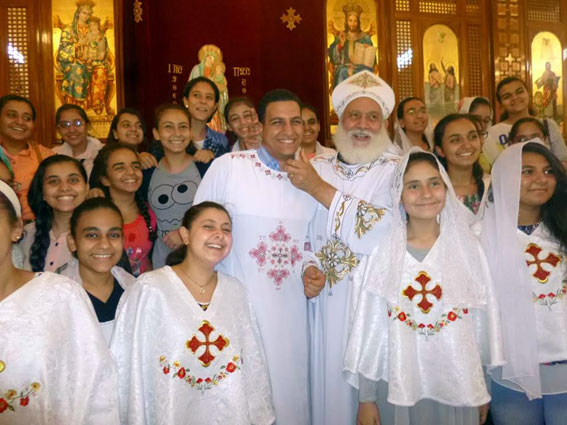