A funeral service was held Saturday 14 March for eight Copts who lost their lives a day earlier as their homes in the village of al-Zarayeb, Helwan, were swept off by unprecedented torrential rains and thunderstorms that hit Egypt on Thursday and Friday 12 – 13 March. Al-Zarayeb is home to a destitute community of garbage collectors most of whom are Copts. 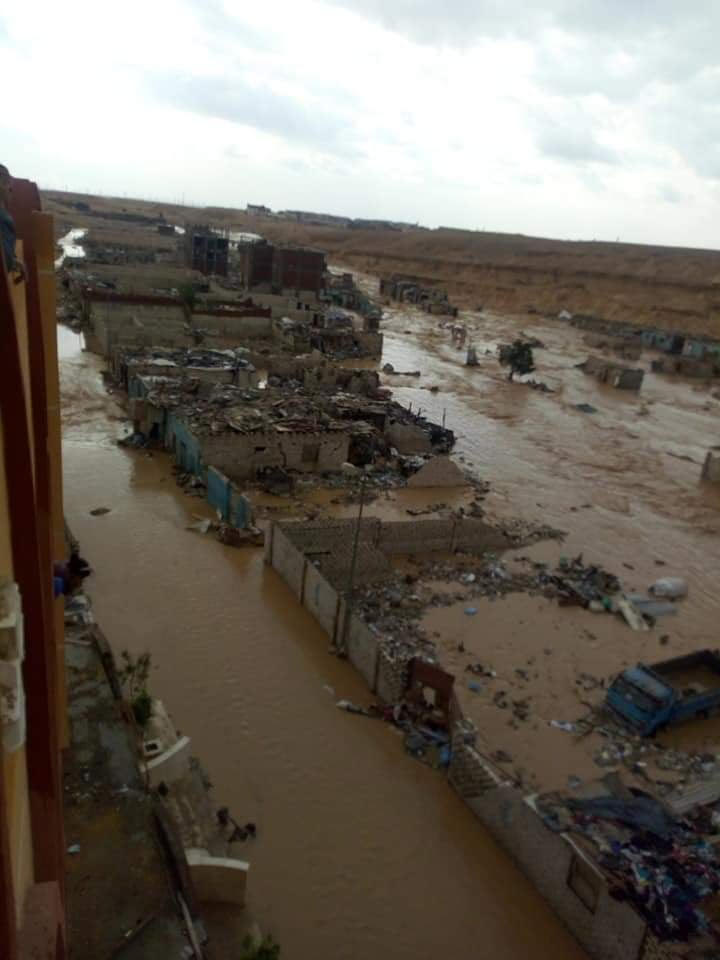 The two-day extreme weather that raged through Egypt that weekend caused more than 20 deaths, scores of injuries, and countless damage to homes, property, crops, and livestock. 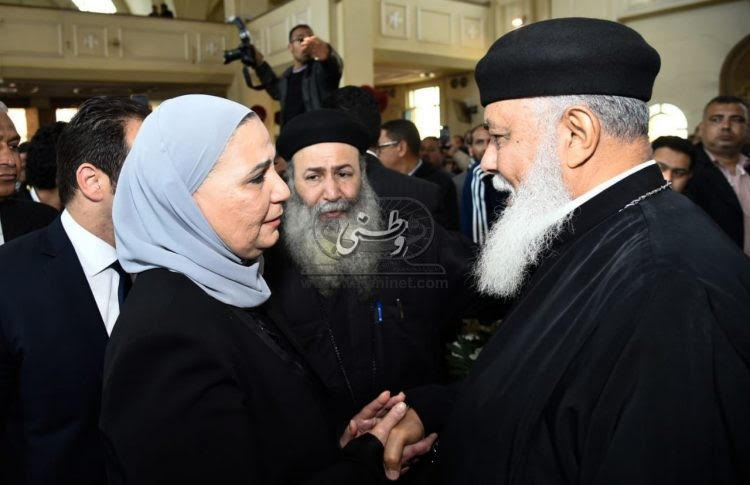 The funeral was held at the church of Mar- Marcos (St Mark) in Helwan, some 25km southeast Cairo. Presiding over the service was Anba Psanti, Bishop of Helwan and Massara; and participating were Fr Mikhail Girgis and Fr Athanasius Shenouda.

Nevine al-Qabbag, Egypt’s Minister of Social Solidarity, attended on behalf of Prime Minister Mostafa Madbouli. Also there were a number of local administration figures as well as Coptic clergy. 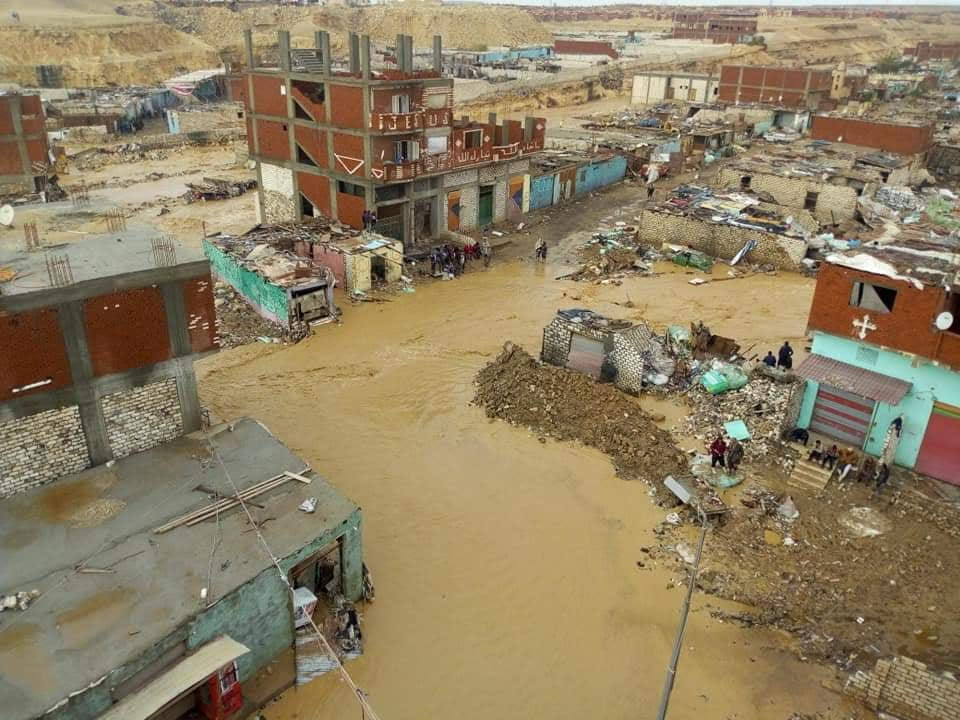 Father Mikhail Girgis, deputy to Anba Psanti, said that in addition to the eight deaths, 25 persons were unaccounted for, and 75 per cent of the houses in Zarayeb had been swept by the rains and flooding water. The houses were very poor, he said, mostly no more than huts; the entire community was destitute.

When the heavy rains fell, Fr Mikhail said, they swept everything in their path. The village was built on a runoff course of rainwater, so the poorly built houses could not withstand the gushing water.

The locals rushed to the church for refuge; the church being almost the only proper building in the village. Some 750 persons took refuge there, Muslims as well as Christians. The local mosque too hosted a number of refugees. 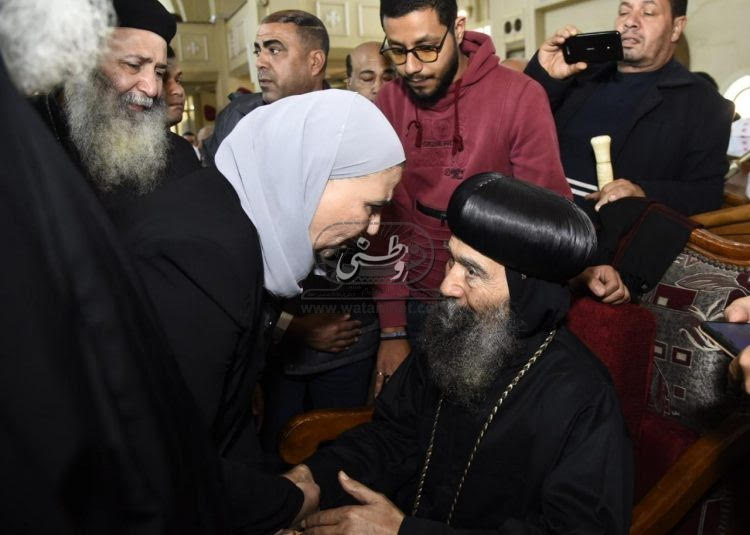 The Ministry of Social Solidarity and the Red Crescent offered relief for the villagers, in the form of beds, mattresses, blankets, and dry foods.

Ms Qabbag, who paid a visit to the village that evening to monitor the relief work, said that she was there to figure out a long-term solution to Zarayeb residents’ problems. She said the State plans to work with the Church, NGOs, and various official authorities to provide the locals with a decent place to live in, be that an adequately restored village or an altogether new one in a new, safer locality. She promised the State would recompense the garbage collectors for their losses.