Thursday 22 August marks the Coptic Orthodox Church’s celebration of the Feast of the Assumption of the Holy Virgin Mary, a feast that concludes the 15-day Fast of the Holy Virgin.
Both the fast and feast are festive occasions for Copts. Festivities are of course normal for feast days but rather alien to fasts which are more akin to contrite abstention. But this is not so with the Coptic Fast of the Holy Virgin.
The beginning of the fast on 7 August, which coincides with the first day of the Coptic month of Misra, marks the start of a packed spiritual programme for Copts. Termed Nahdet al-Adra, literally the [Spiritual] Awakening of the Virgin’s Fast, churches witness daily Mass in the morning, and evenings of prayer and praise. These evenings have a more or less similar routine that begins with Vespers, and goes on to include a deacon procession that tours the church, carrying an icon of the Holy Virgin, to praises in her honour in which everyone joins with gusto. The procession goes around the altar three times, then down the sanctuary steps and into the nave to tour it also thrice, and finally back into the sanctuary for a last round circling the altar. The Bible is read and a sermon follows; many churches choose topics of a special spiritual theme that runs throughout the 15 sermons during the evenings of the fast. Congregations may look forward to listening to various speakers tackle these topics. 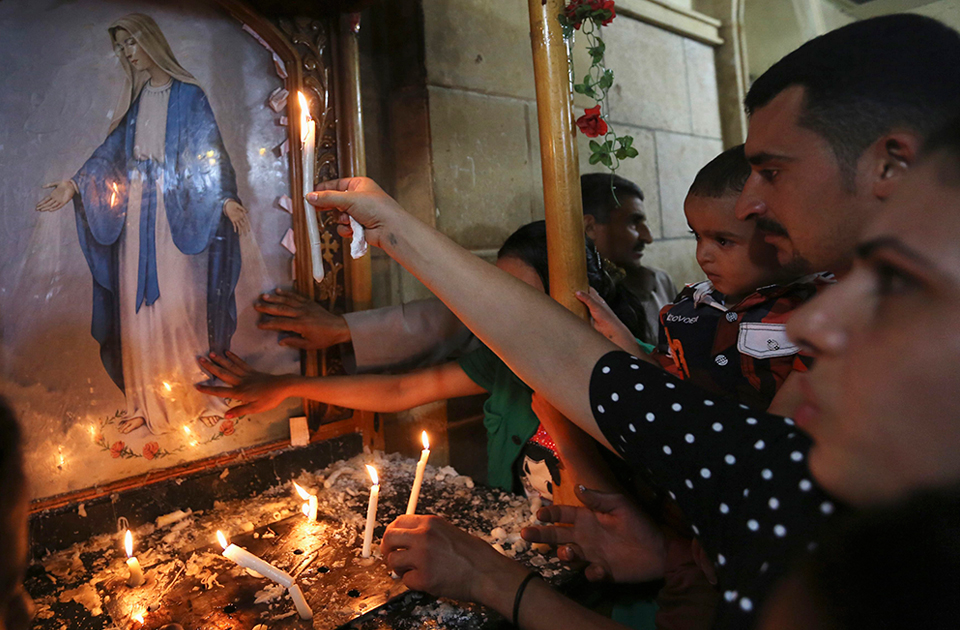 Interestingly, even when on holiday, Copts are eager to attend the Nahdet al-Adra wherever they may be. August is a month when thousands of Egyptians flock to the Mediterranean Coast in the north of Egypt to spend their holidays on the beach. But in the evening, churches in the region are packed full of worshippers who would not miss the Nahdet al-Adra for the world. Many even discover friends holidaying nearby during these festive evenings in church. 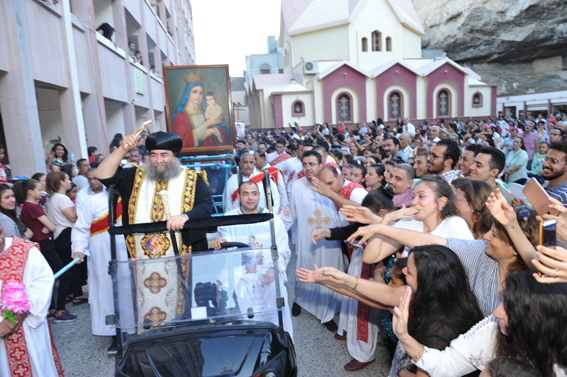 By far, however, the most famous celebration of the Holy Virgin is the one held at the convent on Assiut’s Western Mountain, also known as Dronka Mountain, some 350km south of Cairo. The mountainside is home to a cave which is believed to have once hosted the Holy Family—Baby Jesus, St Mary, and St Joseph—on their Biblical flight into Egypt from the face of Herod the King who attempted to kill the Child (Matthew 2). More than 1.5 million pilgrims head to Assiut during the Holy Virgin’s Fast to worship, celebrate, seek blessings and possibly miracles, and baptise their children. Assiut’s late Metropolitan Anba Mikhail who was seated in 1946 and passed away in 2014, and is seen by Copts as a modern-day Saint, built guest houses and churches to accommodate the growing number of visitors, and presided over the spiritual activities of the Holy Virgin’s Fast. The current Bishop of Assiut, Anba Yu’annis has followed in the Metropolitan’s footsteps and has kept the thriving tradition alive. The Holy Virgin’s procession at Assiut Mountain however, is an unequalled one-of-a-kind event that draws the pilgrims time and again to the site. Scores of deacons in white robes and red sashes line up in a wide double row carrying crosses and chanting to cymbals and triangles in the procession leading the icon of the Holy Virgin, with Anb Yu’annis offering incense before the icon. The procession emerges from the cave that hosted the Holy Family and is now home to the icon and a small church, and marches along a path down the mountainside and up again. Pilgrims line that path waiting for the icon to pass by, and erupt in joyful ululations and cheers once it does. No one that ever witnessed it but that determines to be back again. 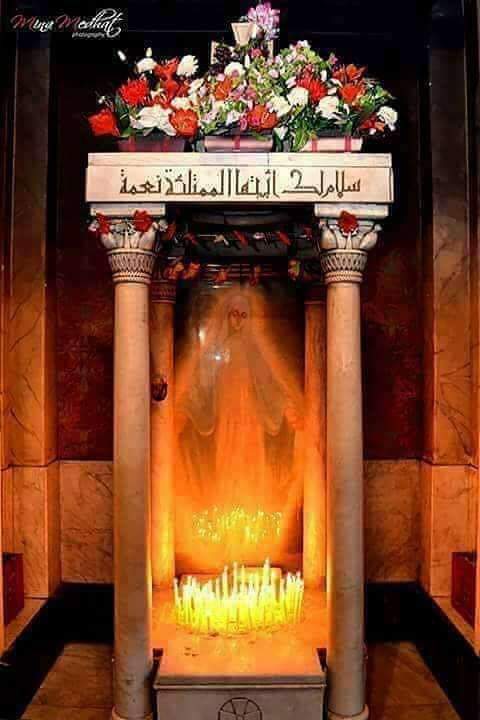 The eve of the Feast of the Assumption of the Holy Virgin usually witnesses late night celebrations that conclude with Mass at dawn. But another Mass is also held later for those who could not make it to the dawn Mass. Then it’s back home for Copts to break their fast and look forward to another blessed, festive fast next year.