During Pope Tawadros’s recent pastoral visit to Zurich, during which he consecrated the the church of St Mary and St Verena, the Pope was treated to performances by the church’s children choir, and honoured Swiss and Egyptian figures for their contribution to the welfare of the church. Among them was 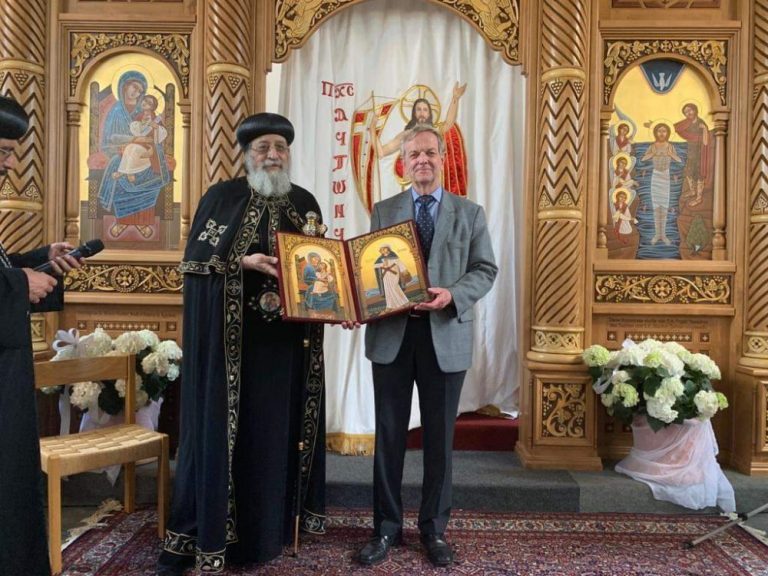 An event was held under the title: “Story of my Church” that focused on the role of the Copts and the Coptic Church in Switzerland, starting with the Egyptian Theban Legion who were martyred in the 3rd century, and whose heroes include St Maurice and his sister St Verena; as well as Felix, Regula, and Exuperantius, the patron saints of Zurich. 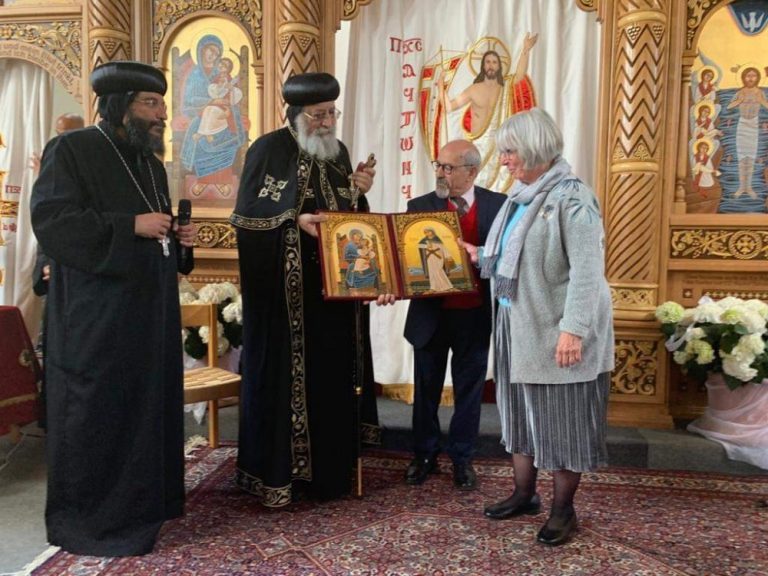 The event also featured a choir performance of hymns in German and Arabic; also theatrical performances. 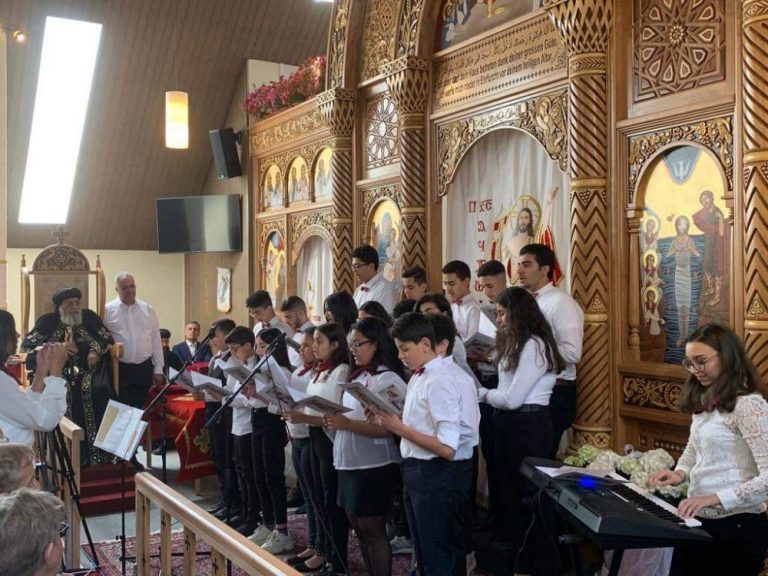 In his distinctly beautiful handwriting, Pope Tawadros wrote a word in the church’s guest book, in which he expressed his happiness with consecrating the church and meeting the elated congregation. He thanked Anba Gebrail, Bishop of Austria and the German region of Switzerland; also all the clergy and laity volunteer workers for their effort in serving the Church. 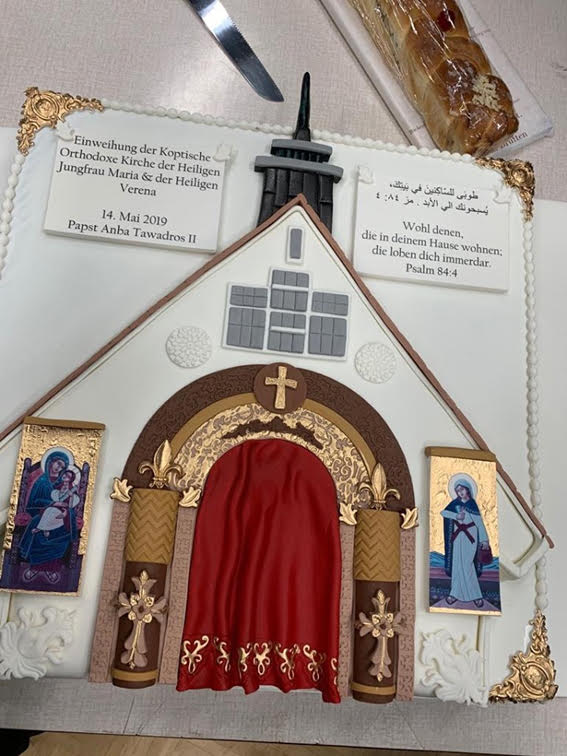 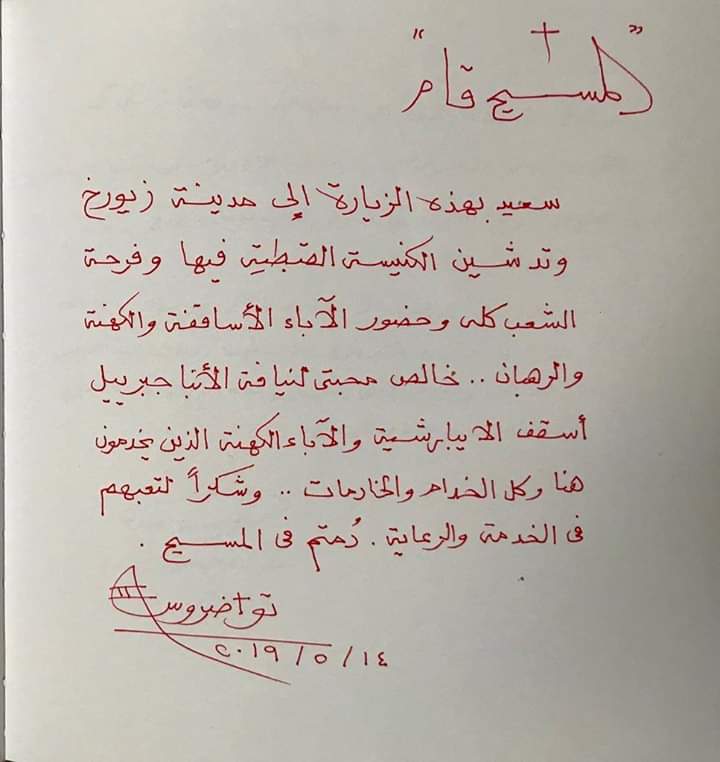