The fourth court session in the trial of the suspected killers of Anba Epiphanius (1954 – 2018), Abbot from 2013 to 2018 of the Monastery of St Macarius in Wadi al-Natroun in Egypt’s Western Desert, was held 24 November 2018, by Damanhour Criminal Court in Beheira.

On trial was Wael Saad Tawadros, a defrocked monk who had previously been at St Macarius’s under the name Ishaia’ al-Maqari; also another St Macarius monk, Falta’os al-Maqari. They are both charged with premeditated murder of the late Abbot.

The two defendants had confessed to killing Anba Epiphanius as he left his cell in the early hours of 29 July and headed to the monastery church for Midnight Praise and Sunday Mass the following morning. Mr Tawadros confessed to hitting Anba Epiphanius on the head with an iron beam while the monk Falta’os checked that the coast was clear. 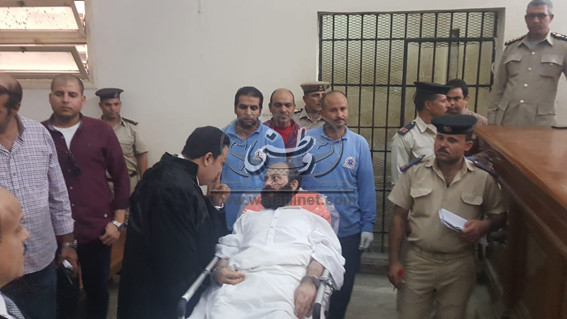 The judge allowed Marina Rasmy, Falta’os al-Maqari’s sister, to see him in the courtroom; she went to him and wept bitterly.

The court listened to the testimony of Yasser Barakat, Head of the forensic medicine department in Damanhour, who said that a swab taken off the murder instrument was proved to belong to the victim’s blood. Dr Barakat insisted that the instrument could have been the cause of the deadly blows on the head of the Abbot, also all the bruises on his body and on the palm of the left hand of the suspect, Mr Tawadros.

Both defendants persisted in denying the charges against them. The court questioned them regarding the conflicting testimony each of them gave, but their replies were inconclusive.

The defence lawyers, however, insisted that the police and prosecution investigations were inaccurate, saying that they claimed that Mr Tawadros was caught on 9 August when in fact he was arrested on 5 August, right after he was defrocked. “Where was he in the meantime?” the lawyer asked. “He was being tortured.”

Lawyer Michel Halim who represents Falta’os al-Maqari drew the court’s attention to reports on Bedouins sneaking across the monastery’s outer wall during the months of October and November, and attempted to insinuate that there have always been intrusions into the monastery, and that the murder could have been committed by an intruder not by the monks. He claimed the evidence against the monks was insufficient.

The court adjourned to 22 December.

During the previous court session held on 2 November Mr Tawadros had insisted that his confession was extracted under nervous and psychological pressure.

In his testimony, General Khaled Abdel-Hamid, who headed the Interior Ministry’s team that investigated the crime, said that no pressure whatsoever had been applied, pointing out that, had there been any, Mr Tawadros could have reported it to the public prosecution, which he never did.

The investigation revealed, General Abdel-Hamid said, that the two defendants had attempted twice to kill the Abbot but had not succeeded. Once, the Abbot left his cell earlier than they had estimated so they missed him; the other time he woke up too late. The defence lawyers, however, claimed discrepancy in the dates cited for one of these attempts, since the Abbot was then outside Egypt. The court decided to request proof of that from the passport authority. 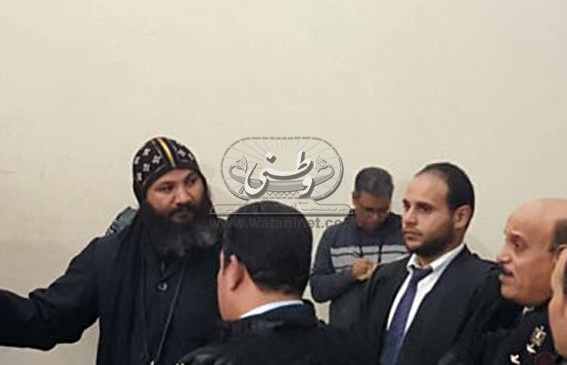 The differences between the two defendants and the Abbot, General Abdel-Hamid said, were profound, and concerned serious financial breaches and violations of monastic tradition. He cited several such instances.

It was discovered, General Abdel-Hamid said, that Mr Tawadros had visited an Internet site that showed how to conceal fingerprints on a murder instrument. And it was he who guided the investigation team to the instrument used in the murder, the iron beam which he had hid in a scrap storeroom at the monastery.

Three monks from St Macarius’s testified for the defence. Their testimony focused on the differences between the Abbot and each of the defendants, insisting that the differences had not been serious. It was revealed that Falta’os al-Maqari contributed articles to the magazine “Mar Morqos” published monthly by the monastery, and has authored four books for which Anba Epiphanius had written the introduction.