Marking 800 years on peace meeting of monk and Sultan

The monk was St Francis of Assisi and the Sultan was al-Malek al-Kamil Muhammad al-Ayyubi of Egypt.

This year marks 800 years on their historic meeting at Dumyat, Damietta, amid the wartime conflict of the Fifth Crusade.

To mark this occasion, an event was held on 1 March in the resort town of Ras al-Barr close to Dumyat which is situated on the north tip of the Damietta Branch of the Nile Delta where the Nile flows into the Mediterranean.

The event, titled “Meeting of Peace” and organised by the Franciscan Friars in Egypt, was opened by Cardinal Leonardo Sandri, head of the Council of Eastern Churches in the Vatican, who attended on behalf of Pope Francis. Dumyat Governor, Manal Awad, the second female and first Coptic governor in Egypt, attended, together with Bruno Mozaro, the Apostolic Nuncio in Cairo. A large audience of more than 600 was present, including monks and nuns of various orders, and Muslim clergy.

The celebration featured the participation of civil and religious authorities; the Franciscan Order in Egypt; the Franciscan Missionary Sisters of the Immaculate Heart of Mary; as well as the teaching staff and students of al-Azhar University.

The evening started with the national anthems of the Vatican and Egypt, followed by a collection of quotes of St Francis.

Fr Kamal Labib, the provincial minister of the Franciscan brothers in Egypt, delivered a speech in which he expressed his pride to commemorate the 800th anniversary of the singular meeting of St Francis and Sultan al-Kamil.

Dumyat Governor said she was attending on behalf of President Abdel-Fatah al-Sisi who said he believed that the event 800 years ago had laid the foundation of ‘coexistence’ in Egypt.

The students of Franciscan Nun School performed a hymn “Blessed be Egypt my people,”

Other participants delivered speeches. Then a sketch was performed by the students of Franciscan Nuns School that depicted the meeting between Sultan al-Kamil and St Francis.

Before he concluded his speech, Br. Francesco Patton, Custos of the Holy Land Franciscan friar, presented a symbolic gift to Dr Awad and Sheikh Muhammad Adebl-Fattah, Director-General of the Ministry of Endowments in Dumyat.

Dr Awad was given the ‘Shield of Franciscan Order’ from Fr Kamal Labib, who presented the shield also to some attendants as souvenir and in appreciation of their participation as representatives from various countries in this event.

Finally, Cardinal Sandri joined Dumyat Governor in laying a marble memorial plaque that marks the 800 years since the historic meeting.

Man of peace in times of war

St Francis of Assisi (1181-1226) was a man of peace. He was the privileged son of a wealthy Italian merchant but gave up his possessions and adopted a life of peace, poverty, compassion and nonviolence.

In a moment of conversion, while praying on his knees before a crucifix in 1205, Jesus spoke to him from the image on the cross: “Francis! go, repair my house which is falling completely to ruin.” Francis saw this as a request to transform the entire Christian Church. He was reborn as a peacemaker and was convinced that God wanted him to bring the world a message of peace.

He adopted the signature greeting “May the Lord give you peace” and constantly opposed warfare, arrogance and the violent culture of his day.

In 1217, armies from all across Europe gathered for the Fifth Crusade and headed for Egypt. The Muslim and Christian armies camped across the Nile. War raged on over two years, and thousands were killed on both sides.

Sultan al-Kamil, ruler of Egypt and a nephew of the great Kurd warrior Saladin, repeatedly tried to negotiate peace by returning Jerusalem to the Crusaders but the pope rejected the offer each time.

In Italy, Francis gathered his community of brothers. He heard of the terrible war and, yearning to be a peacemaker in the name of Christ, he took a few brothers with him in June 1219 and sailed to the war zone.

Upon reaching the banks of the Nile, Francis was deeply grieved to see the horrific sight of casualties of war on both sides. He retreated into deep prayers and contemplation and began to preach vigorously against the war, but no one listened to him.

Finally, Francis decided that he would act, and he and brother Illuminato would venture out to meet the Muslims in their own camp. Francis understood the risks; death or imprisonment were the likely outcomes of his plan to cross the enemy lines during wartime. But this did not dissuade him.

At Dumyat, at the height of the Crusade war, Francis and a companion crossed no man’s land between the two opposing armies, from the Christian camp to the Sultan’s camp. He spent days there meeting and discussing with the Sultan and his court. Sultan al-Kamil Muhammad al-Ayyubi was inclined towards a moderate Islamic Sufism, so when a monk came in speaking of peace, love, end of wars, coexistence and rapprochement, he listened intently. This remarkable encounter, and the commitment to peace of the two individuals involved, changed the relationship between Muslims and Christians for the better. And even though war did not end, Francis’s words fell on sympathetic ears.

St Francis’s visit to Egypt and attempted Rapprochement with the Muslim World had far-reaching consequences, long past his own death. After the fall of the Kingdom of Jerusalem, it would be the Franciscans, of all Catholics, who in early 14th century would be allowed to stay on in the Holy Land, and later be recognised as Custodian of the Holy Land, on behalf of the Catholic Church. 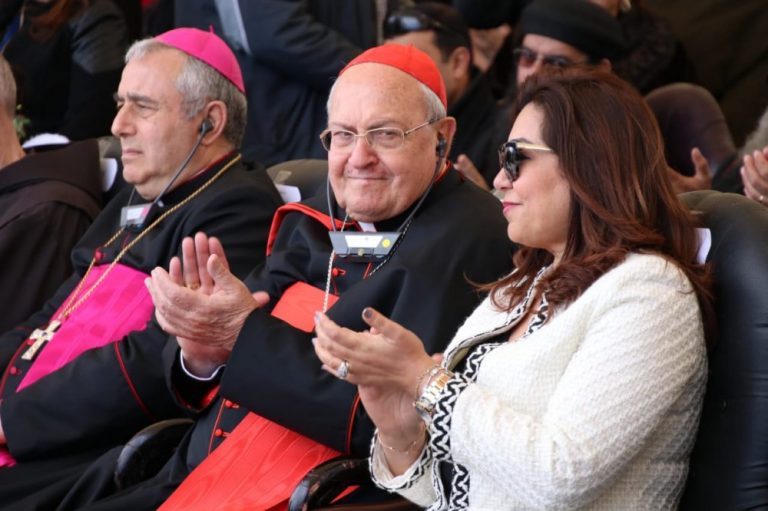 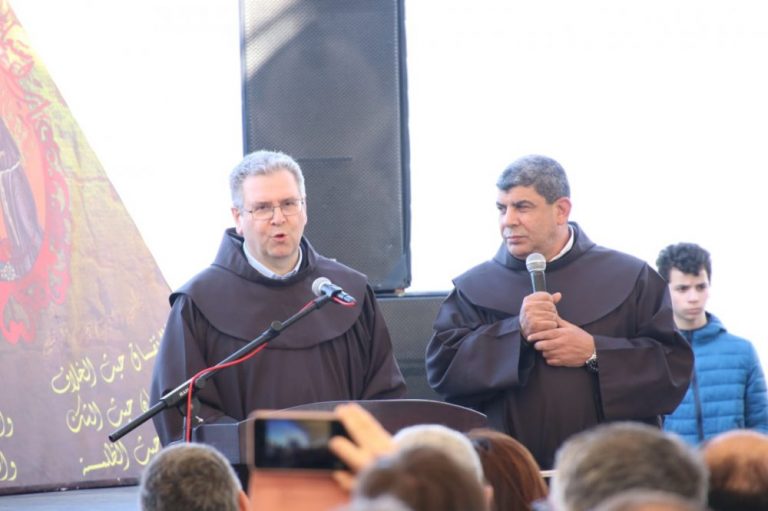 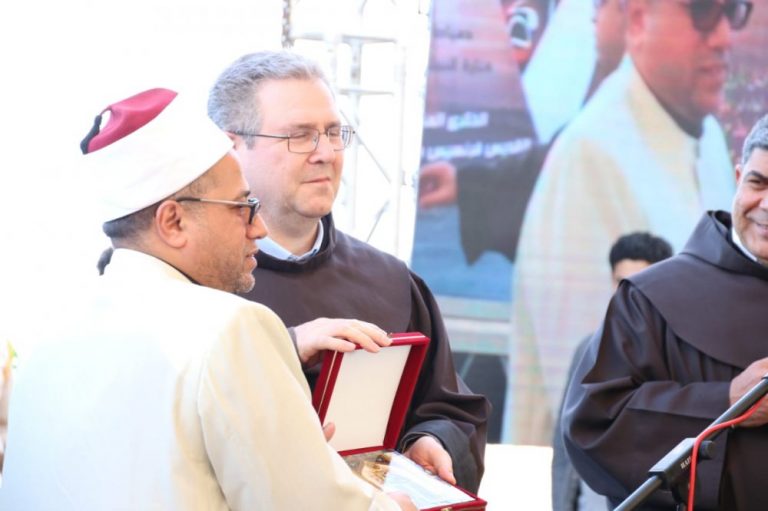 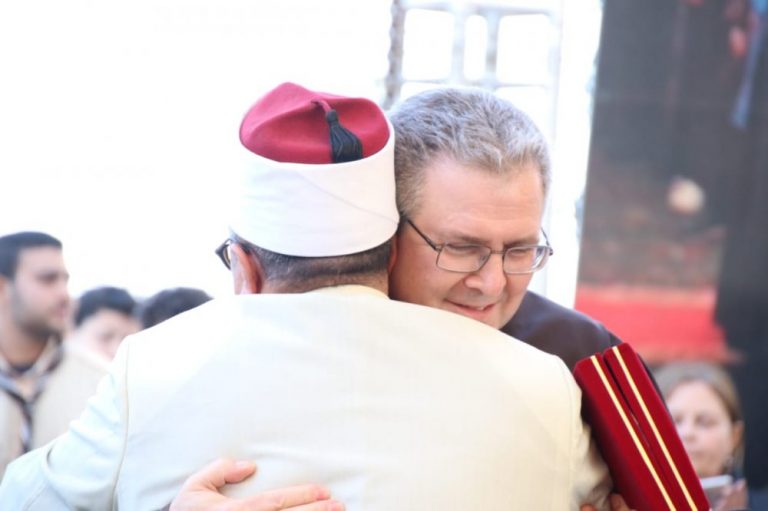