Nephews of priest killer caught for providing him with gun

Sources close to the family of Father Maqar, the priest who was shot to death on 13 May, told ++Watani++ that the police have caught two nephews of Kamal Shawqy, the man who shot Fr Maqar to death. The men were detained on suspicion that they had provided Shawqy with the gun he used to commit his crime.

Fr Maqar, 63, was priest of the church Mar-Morqos (St Mark) in Shubral-Kheima, Qalyoubiya, north of Cairo. He was shot to death by Shawqy who is in his fifties and was an odd-job worker at the church. Directly after commuting his crime, Shawqy turned himself in to the police, owned up to commuting the crime because of a grudge he held against the priest, and handed over his gun.

Investigations revealed that the gun is an official weapon, meaning one that is used by the military or the police, and was among the weapons robbed during the unrest of the Arab Spring in 2011, and later sold on the black market. Shawqy’s nephews are currently being questioned by the prosecution.

Fr Maqar’s funeral service and burial were conducted yesterday 13 May. 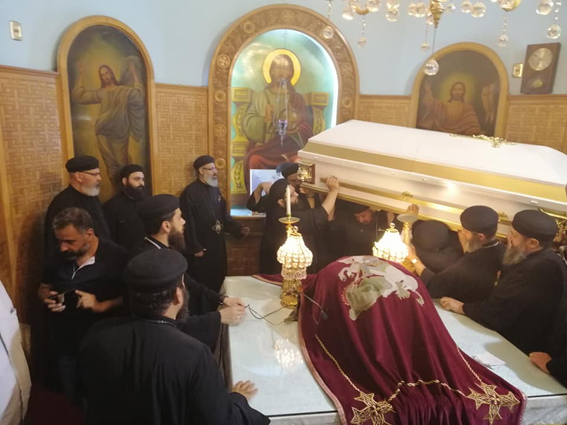