No mourning for martyrs

Friday 15 February 2019 saw the Coptic Church mark the second Feast of Modern-Day Martyrs. Mass was held in churches all over the country, with special prayers said for the souls of the martyrs, and requests for their intercession in Heaven on behalf of their loved ones on earth. 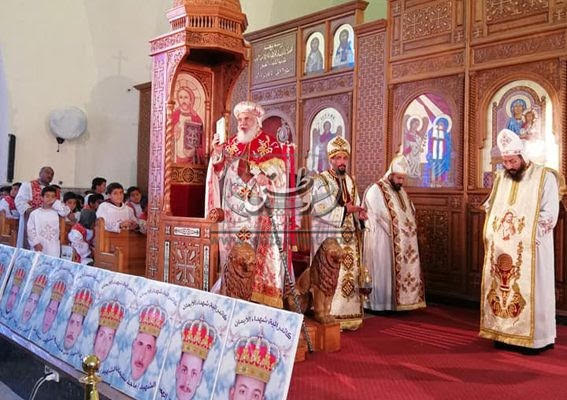 Anba Pavnotius officiated Mass in the church of the Martyrs of Faith and the Nation in the village of al-Our in Minya some 250km south of Cairo, attended by crowds who came to celebrate the martyrs and enjoy their blessings. 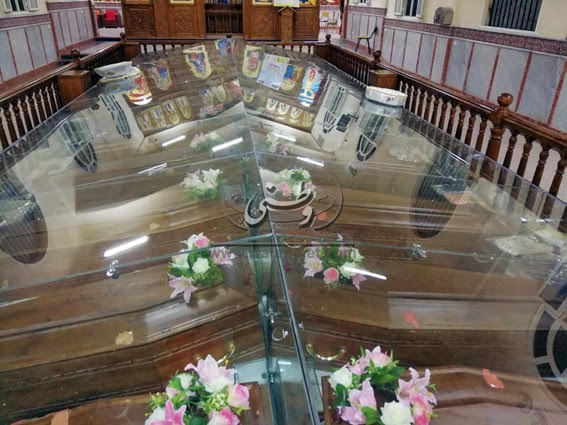 Beheaded for their faith
Just when almost everyone thought that Christian testimony through martyrdom was history, the rise of modern movements of extremist, violent Islamism that targeted Christians upon identity resulted in the fall of numerous martyrs of faith. In Egypt, hundreds of Copts were martyred throughout the last few years, driving the Church to assign a special feast to honour them.

The Coptic Orthodox Church chose the date 15 February to mark the Feast of Modern-Day Martyrs. It was chosen to coincide with the date in 2015 when Daesh, also known as Islamic State (IS), aired video footage of the beheading of 20 Copts and one Ghanaian on a beach in Sirte, Libya. The Copts were young migrant workers who had gone to Libya in search of livelihood. They all came from Minya; 13 of them from the village of al-Our.
The first Feast of Modern-Day Martyrs was celebrated in 2018 with the opening of a church in the village of al-Our. The church was built in their honour on order of President Abdel-Fattah al-Sisi who also gave it its name: the church of the Martyrs of Faith and the Nation. The bodies of the martyrs were found in the Libyan desert in Sirte and were flown to Egypt on 15 May 2018 where they were buried in a collective grave at the church in al-Our.

Icons for Copts beheaded by Daesh in Libya

The 21: A Journey into the Land of Coptic Martyrs
Ashraf Helmy

“The 21: A Journey into the Land of Coptic Martyrs” is the title of a book by Martin Mosebach, translated from the original German into English by Alta L. Price, and published by Plough on 15 February 2019.
Born in 1951 in Frankfurt, Martin Mosebach published novels, stories, and collections of poems, written scripts for several films, opera libretti, theatre and radio plays. The book, newly issued in the English language, is Mosebach’s 12th. It details his visit to the village of al-Our where he met the martyrs’ families; examined their lives, and learnt about the miracles done after their ‘intermediate’ prayers.
The German edition book, with the same content and title, was issued last year 2018 and achieved great success and high sales. 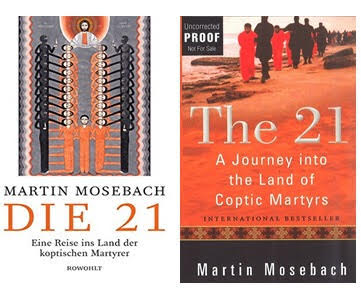 Extraordinary courage
In the Catholic Herald, Jack Carrigan wrote on 14 February 2019 a review of the book, focusing on the inner strength of the migrant workers-turned-martyrs at the hands of Daesh, and the undying faith of their families.
“Mosebach’s book,” Carrigan wrote, “does great service in bringing these young men back into the collective consciousness of the West. For theirs is an extraordinary story of group courage, steadfastness and dignity in the face of an appalling form of death…
“His book seeks an answer to the question: how could these uneducated, humble, largely illiterate migrant workers have found the inner strength to die so nobly, with ‘O my Lord Jesus!’ on their lips? For us their behaviour is almost incomprehensible.
“Of course we have read of the early Christian martyrs … but that was long ago. We forget that in certain countries the choice of martyrdom is still a daily reality.
“To find the answer, Mosebach visits the martyrs’ village of al-Our in Upper Egypt, an area dominated by the Coptic Church. He interviews the Coptic Metropolitan as well as the two Coptic pastors in Damanhur in the Nile Delta, who were the last people to have seen the young men before their capture, 43-day captivity, and slaughter.
“They described the 20—the 21st, a Ghanaian Christian named Matthew, chose to die with them, so has been given posthumous honorary Coptic status—as ‘pious, thrifty and deeply devoted to God and their families’. They reported that the captives, who sang and prayed together, were given the choice to abjure their faith … but refused.” 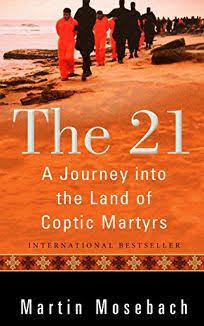 Splendour and mystery of Coptic Church
Mosenbach’s visit to al-Our introduces him, as Carrigan explains, to families not in mourning for their dead whose icon pictures, complete with crowns of martyrdom, are everywhere displayed. “They regularly watch the unedited video of their deaths—ironically made by ISIS to inspire terror in those who view it—in order to be edified and uplifted by their sons’ glorious transformation in death into saints in heaven.
“The Coptic Metropolitan told the author: ‘This is not a Western Church in a Western society. We are the Church of Martyrs.’ Mosebach, impressed by the Metropolitan’s air of authority and strength, comments that he is ‘a kind of leader utterly unknown in the West’. His moral authority and holiness are unquestioned by the faithful, whose lives and faith are completely interwoven.
“The author comes to see the Coptic Church as ‘a kingdom full of splendour and mystery’.”