Pope Tawadros II, who yesterday 16 May concluded a three-day visit to Zurich and flew to Germany, has this morning consecrated a Coptic church in Bitburg, 35km northwest Trier, Germany. 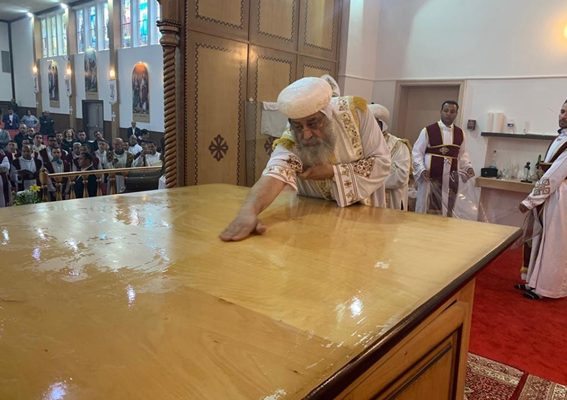 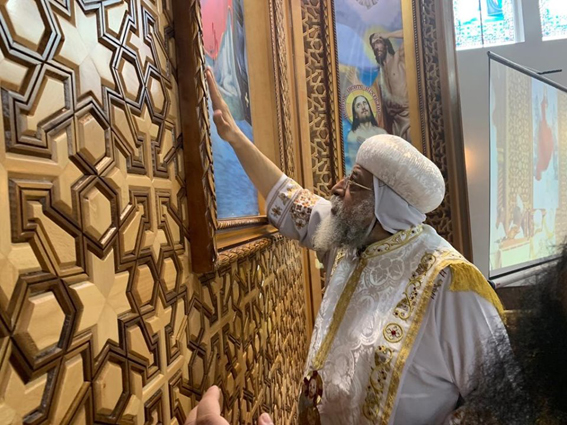 The church was consecrated in the name of St Athanasius of Alexandria. St Athanasius (297 – 373AD) was the 20th Pope of Alexandria, and was famous for his bitter fight against Arianism, for which he was banished five times, one of them to Trier. There he wrote one of his famous books, it’s topic being St Anthony the Great. St Athanasius is to this day revered in Trier as “father of the Copts”. 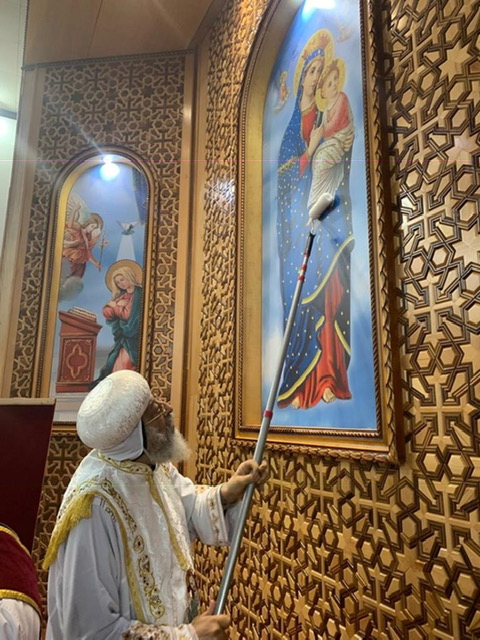 Participating with Pope Tawadros in Mass and the consecration ritual were Anba Mishail, Abbot of St Antonius Monastery in Kröffelbach; and Anba Damian, Abbot of the monastery of the Holy Virgin and Abu-Seifein in Höchster. 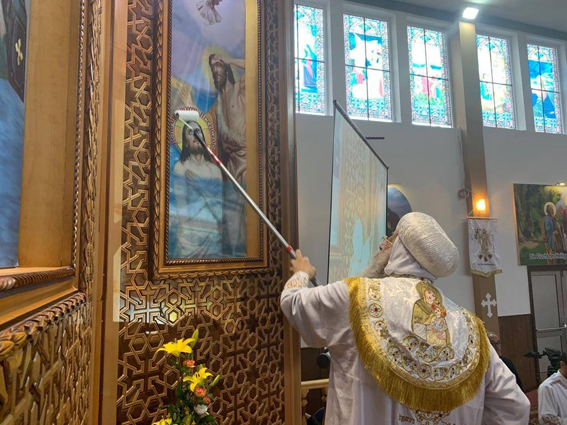 The Pope visited the town hall and wrote a short message in the guest book, expressing his appreciation at the warm welcome he was given in Bitburg. “Love never fails,” the message read. “Thank you for your affection. May the Lord bless Bitburg.” 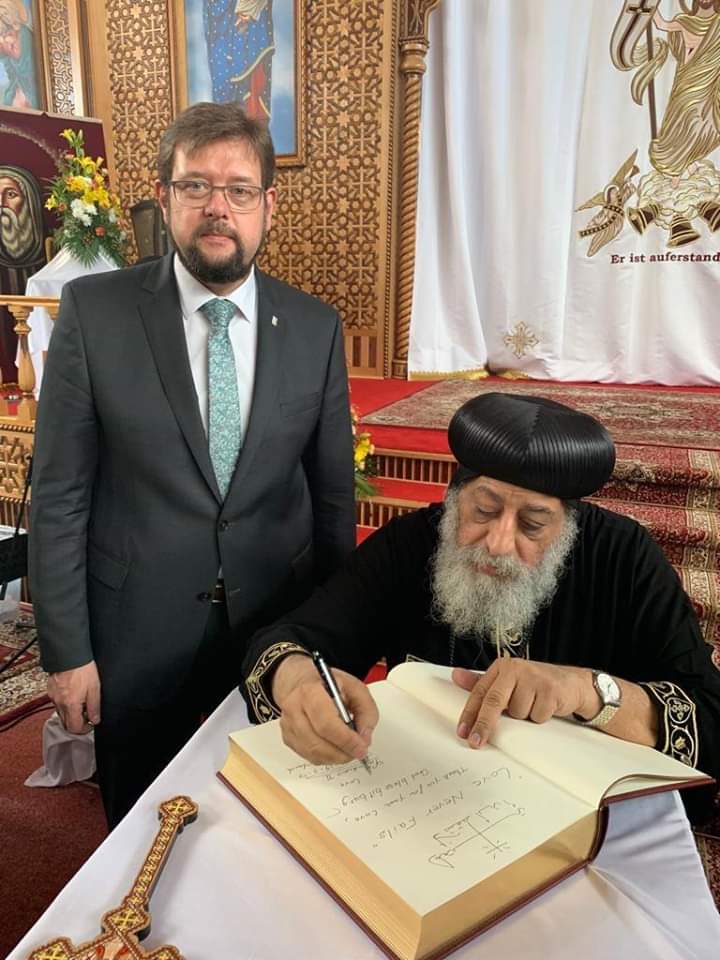