Following his arrival to Zurich this morning, Pope Tawadros II presided over the consecration and anointment prayers of the Coptic Orthodox church of the Holy Virgin and St Verena in Zurich. Participating with him were Anba Gebrial, Bishop of Austria and the German region in Switzerland; Anba Serapion, Metropolitan of Los Angeles; Anba Arseny, Bishop of The Netherlands; Anba Luka, Bishop of Southern France and Geneva; Anba Marc, Bishop of Paris and Northern France; Anba Giovanni, Bishop of Hungary, Romania, Czech Republic, Slovenia and Poland; and Anba Antonio, Bishop of Milano and Abbot of Monastery of Anba Shenouda in Milano, Italy. 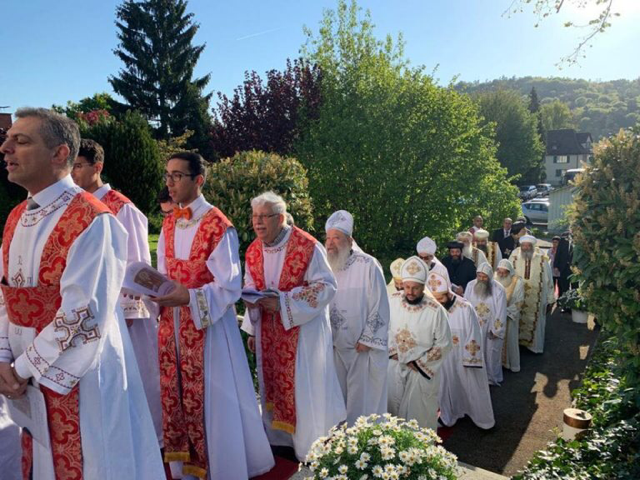 Pope Tawadros gave a word in which he spoke of St Verena, and of Pope Athanasius the Apostolic whose feast day the Coptic Church marks tomorrow, 15 May.

The Pope began with the greeting Copts use during the period from the Feast of the Resurrection to the Pentecost: “Xristos Anesty ..Alithos Anesty”. 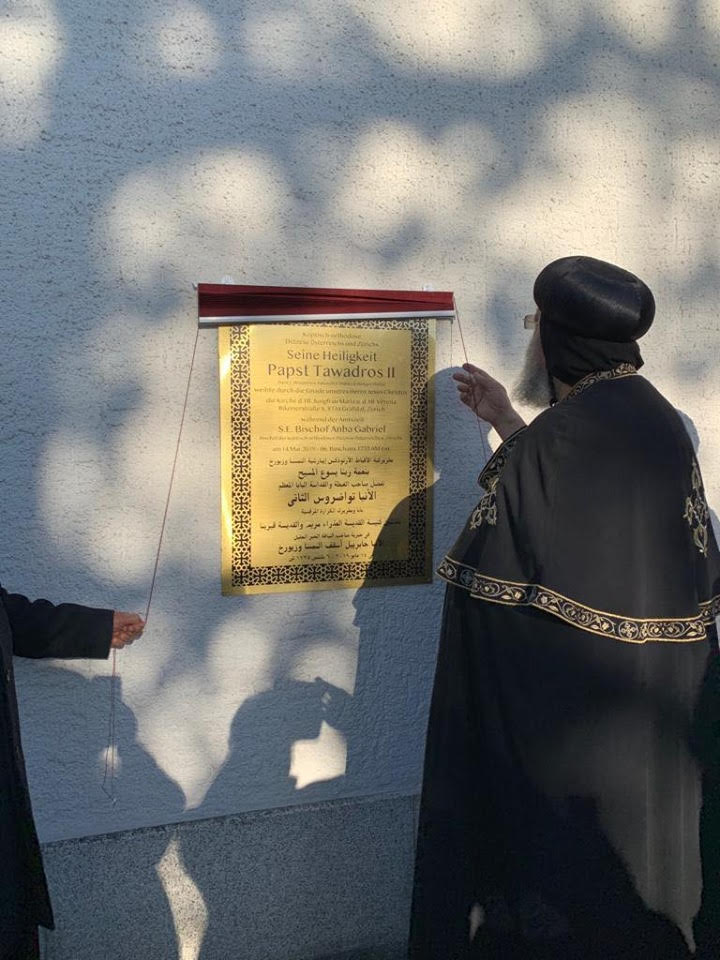 “St Verena,” he said, “is an Egyptian saint who, along with her brother St Maurice of the Theban Legion, were not known in our modern Church till the 1970s when Anba Samuel (1920 – 1981), Bishop-General of Services visited Zurich and discovered her story in Latin. When Anba Serapion who is today Metropolitan of Los Angeles, served in Switzerland in 1983 – 1985, he made sure the story of St Verena is circulated in the Coptic Church.” 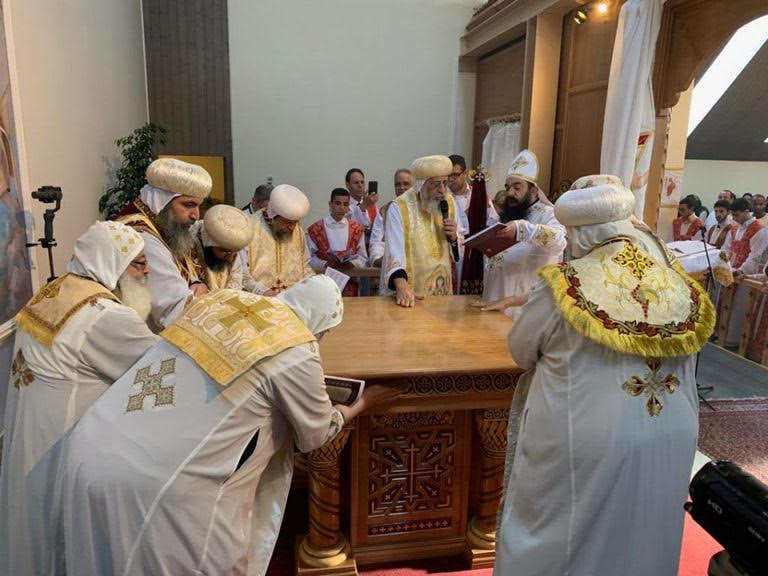 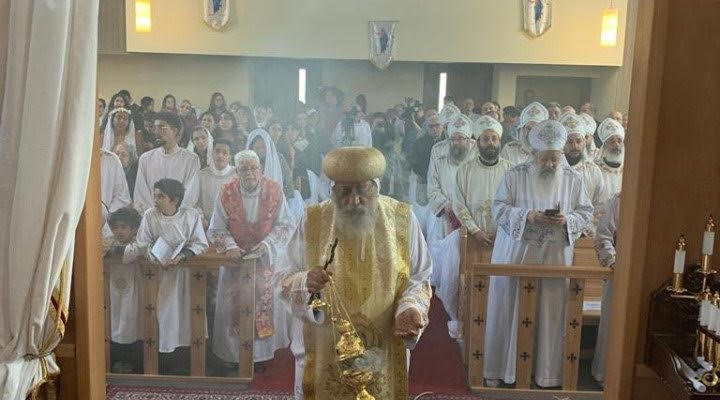 St Verena was the sister of St Maurice who was an officer with the Theban Legion—Thebes, present-day’s Luxor, was the capital city in Upper Egypt—that was in the third century assigned to fight for the Roman empire in Rhaetia which is today Switzerland. She accompanied her brother on the Theban Legion’s expedition to the Swiss Alps, to serve the soldiers and care for them. Being Christian, St Maurice and several of his Egyptian colleagues were martyred for their faith. They are today the patron saints of Zurich. 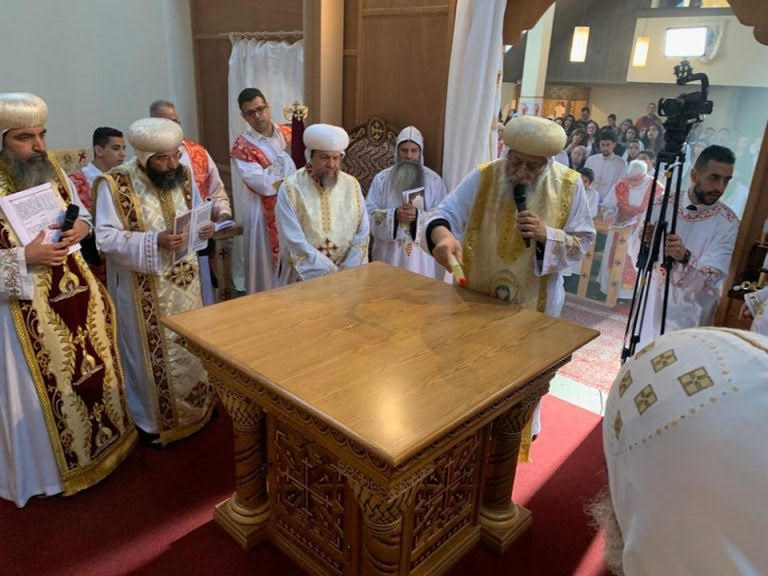 Verena stayed on in the Alps near present-day Zurich after her brother’s death, living a life of prayer and worship in a cave in the mountains. She used to go down to the nearby villages to serve the poor and sick; it helped that she had extensive knowledge of herbal healing. She was especially interested in caring for girls and young women, and gained a reputation for teaching them practices of health and personal hygiene. She is usually depicted caring for the sick, or standing with a pitcher of water in one hand and a typical Egyptian double-comb in the other. It is said that she performed many miracles. She died in Switzerland in 344 at age 64. 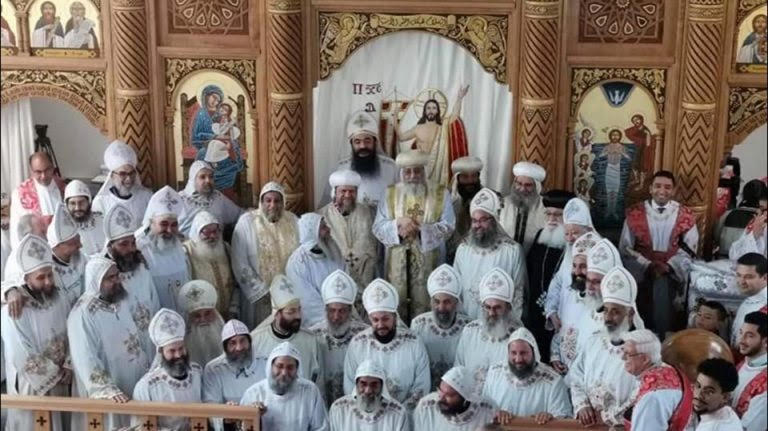 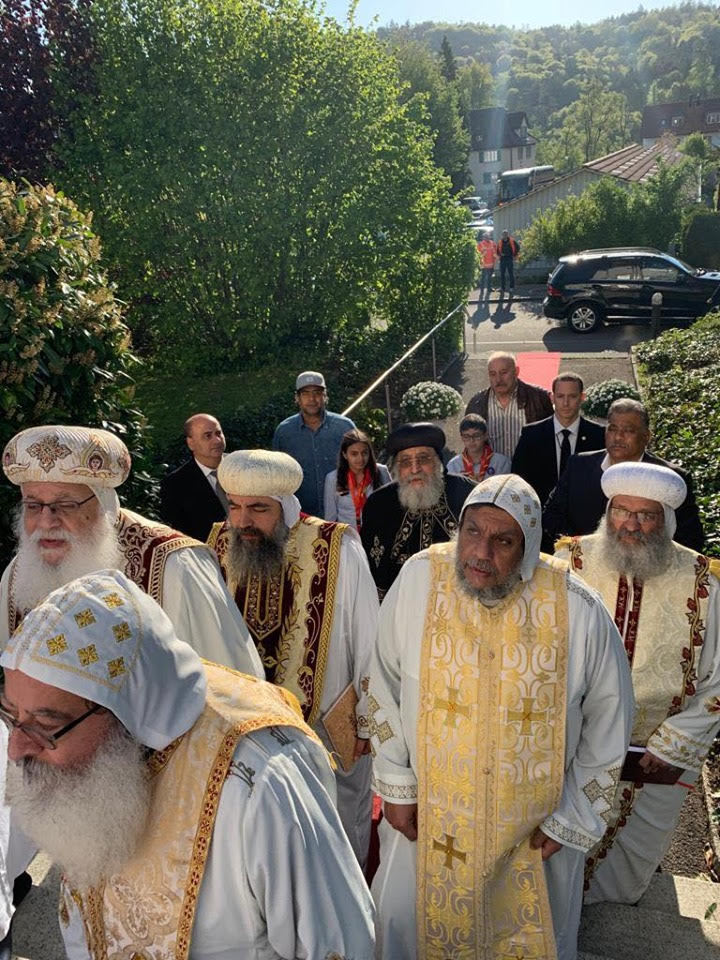 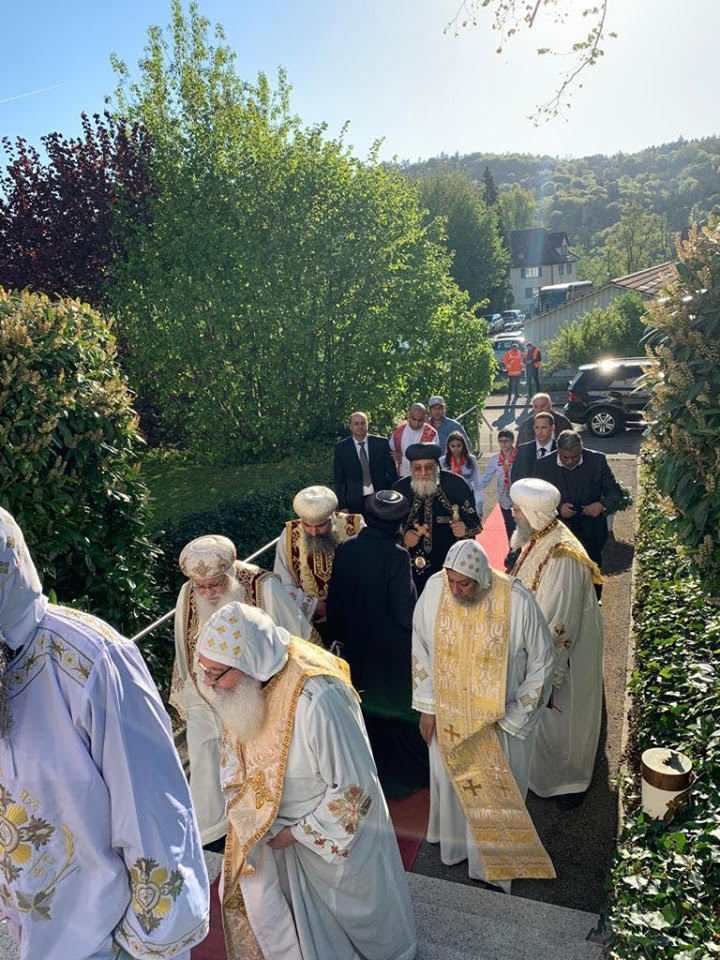