Pope Tawadros II has embarked on a pastoral visit to Germany. Yesterday 11 May in the afternoon, his plane landed in Munich Airport, in transit to Düsseldorf. In Munich, the Pope was met by Egypt’s Consul in Frankfurt, Khaled Ahmad Taha, who accompanied him to Düsseldorf where he was welcomed by Bishop Mishail of Southern Germany and Abbot of St Antonius Monastery in Waldsolms-Kröffelbach, Germany; also by Lord Mayor of North Rhine-Westphalia, Dusseldorf, Thomas Geisel and the Coptic priest’s Fr Boulos Shehata and Fr Boutros Bishay.

Pope Tawadros headed to the Coptic church of the Holy Virgin in Düsseldorf where he was received by the elated congregation and clergy of the Coptic Orthodox parish of Southern Germany, also by Bishop General Anba Peter; Bishop of Scandinavia, Anba Abakir; Bishop of Greece, Anba Pavli; and Egypt’s Ambassador to Berlin Badr Abdel-Ati. 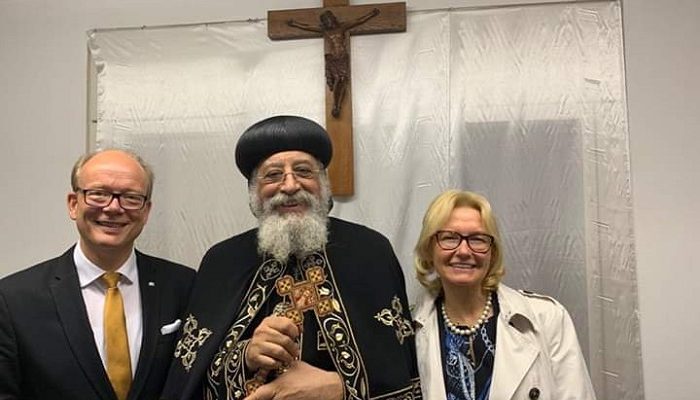 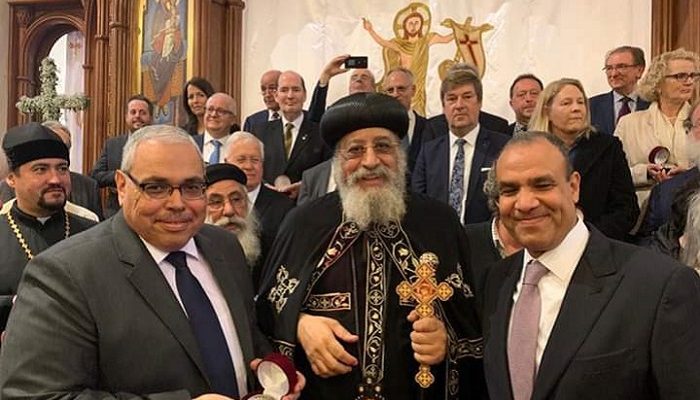 Pope Tawadros delivered a speech in which he expressed his thanks to Mr Taha and Dr Abdel-Ati for their cordial reception, wishing them a happy Ramadan, the Muslim Holy month of fasting. He thanked Anba Mishail and the other bishops, also the priests, for the warm-hearted cordiality, and the choir for their praiseworthy performance. The Pope had a special word of thanks to the Catholic Church in Düsseldorf for their generosity towards the Coptic Church.

Pope Tawadros met Andre Cooper, member of parliament of Nord Rhine-Westphalia, and his wife, and cordially thanked them, also extending his gratitude to Mr Geisel.

He invited all the German friends to visit Egypt where, he said, they are sure to experience the extensive history and civilisation of Egypt, and encounter the country’s variety of cultures. 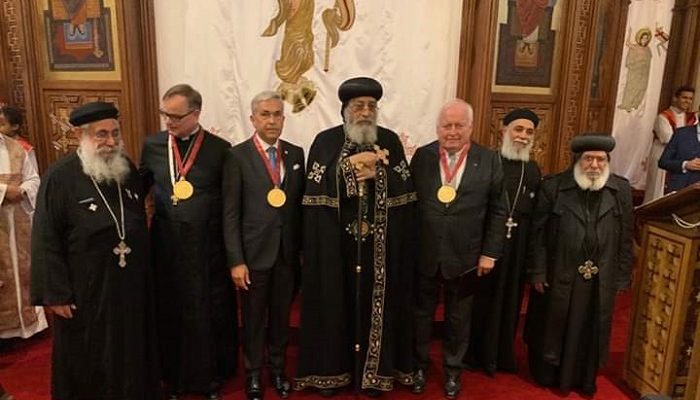 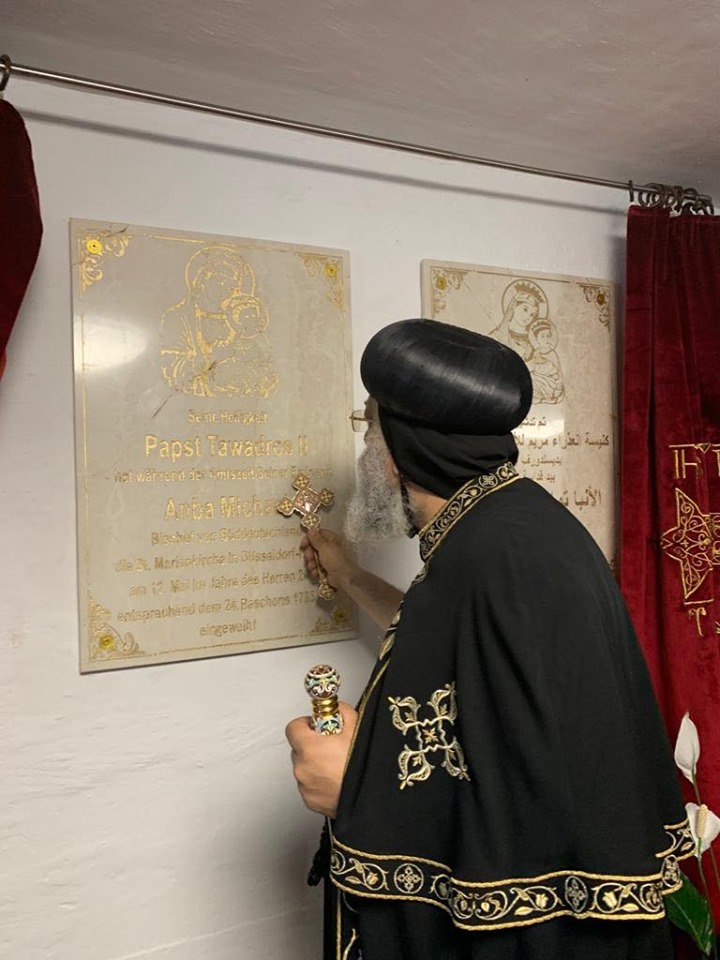 Pope Tawadros honoured a number of German figures for their efforts with the needs of the Coptic Church, including Mayor Friedrich G. Conzen.

The following day, Sunday 12 May, the Pope presided over Holy Mass at the church of the Holy Virgin. He consecrated the church, anointing its altar in the name of Lady of Zaitoun. 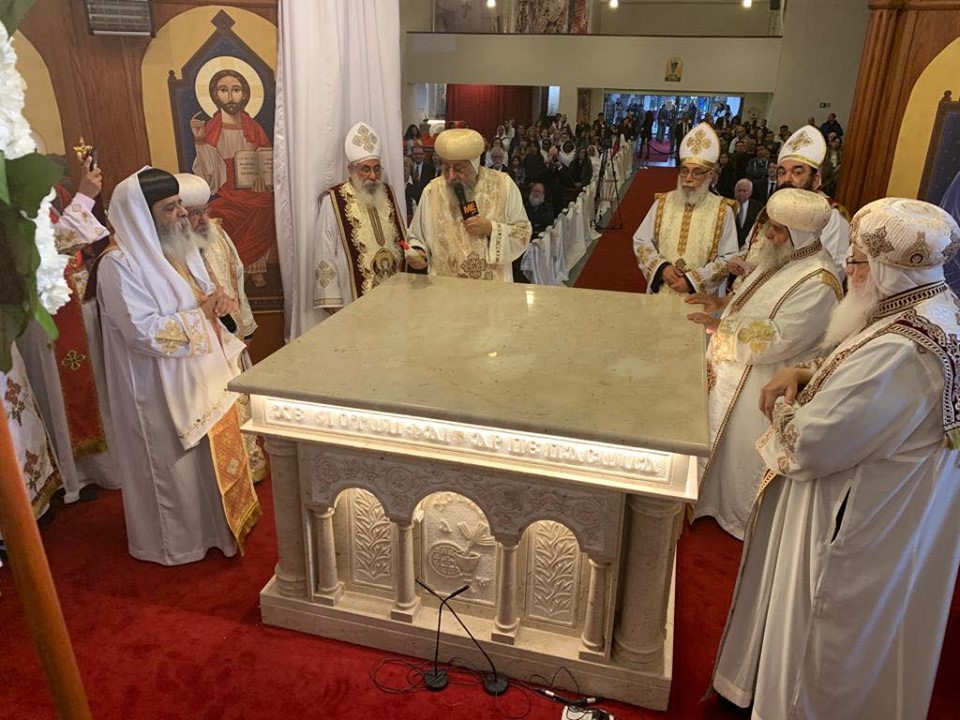 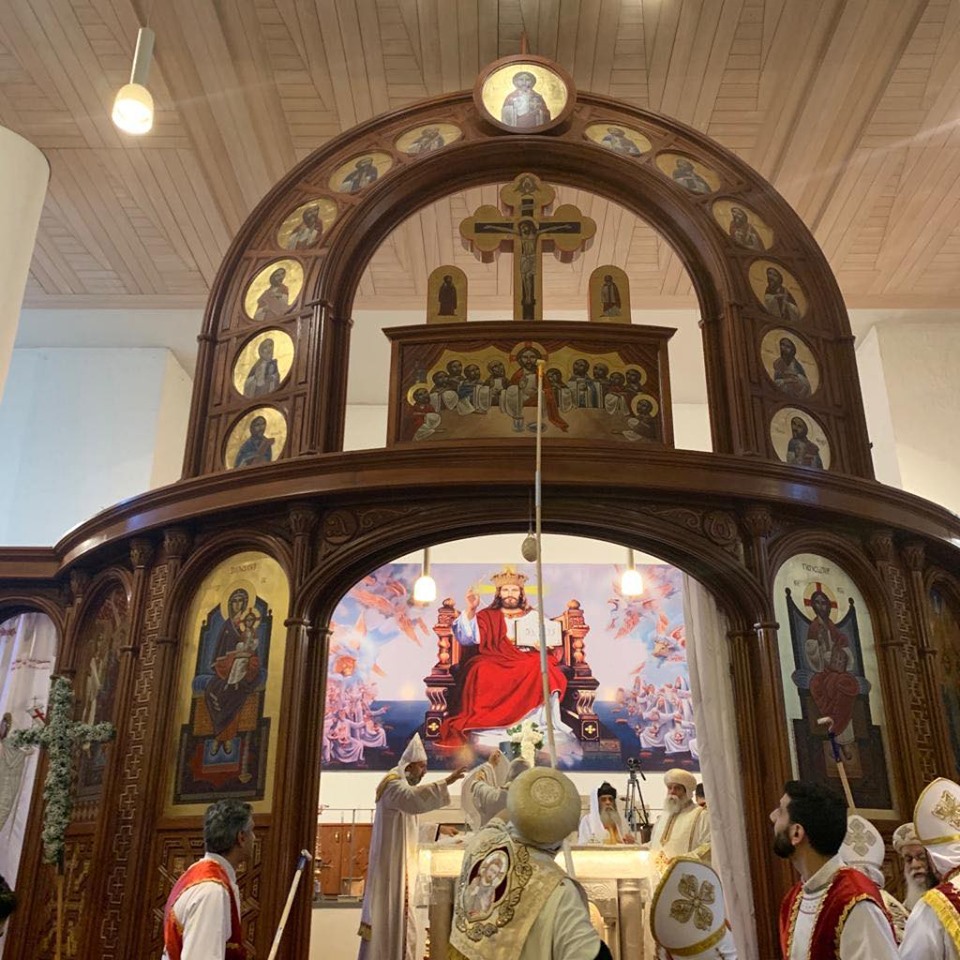 After Mass, Pope Tawadros had a meeting with the congregation, answering their numerous questions to him. 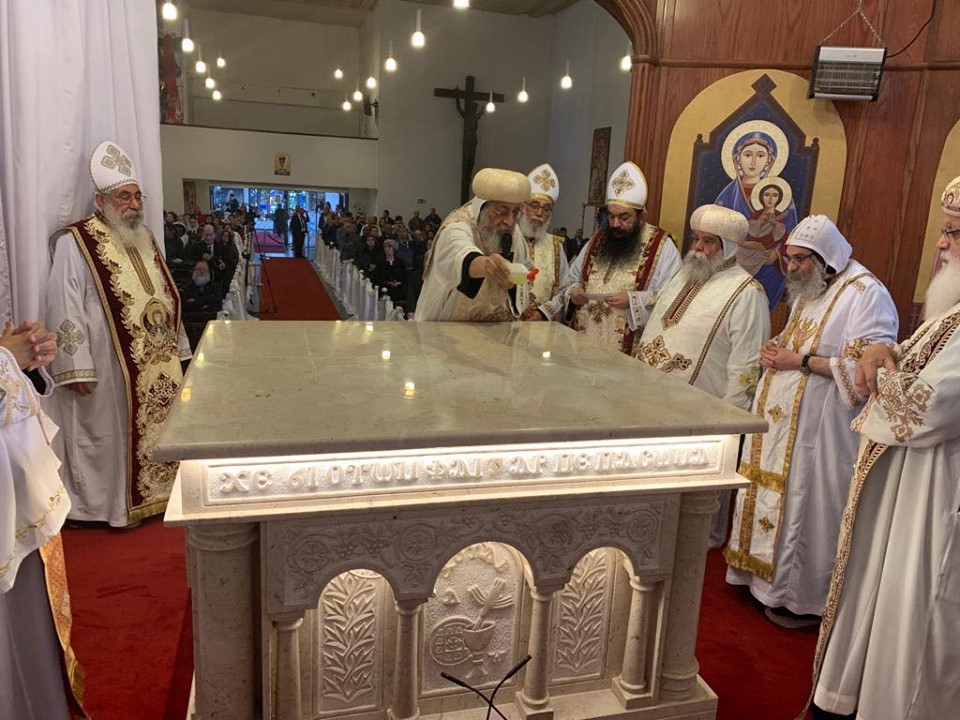 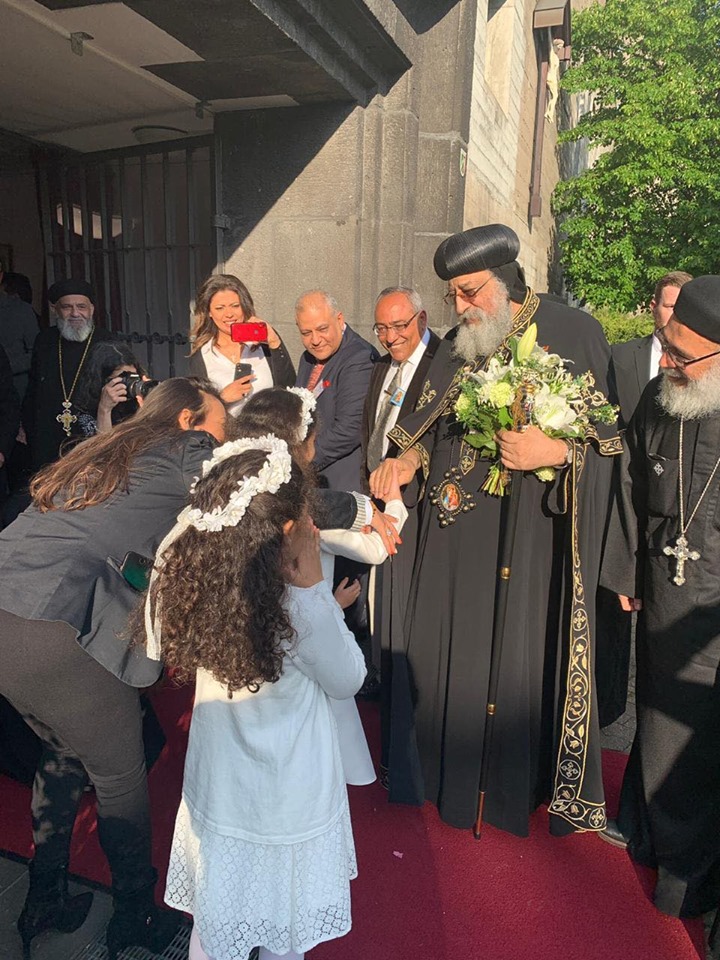