The Portuguese President and Pope Tawadros discussed Egyptian-Portuguese ties, also the role played by the Coptic Church in Egypt. They talked about the history of the Coptic Church, and its present-day status, with the Pope pointing out that there are today 39 Coptic representatives in Egypt’s parliament, and that the State has granted Copts land for the largest church in Egypt, situated in the new administrative capital. He said that President Abdel-Fattah al-Sisi was the first Egyptian head of State to visit St Mark’s Cathedral during Midnight Mass on Christmas Eve to wish Copts a happy feast.

The Pope also explained that the Coptic Church was founded by St Mark the Apostle, and was the oldest in the Middle East and one of the pillars of the Egyptian society. He pointed out the societal and developmental role the Church plays, saying that despite the fact that its role was spiritual in principal, it was keen to set up development projects that offer job opportunities to the young, and health services to serve the entire community.

Before he leaves, Pope Tawadros presented the President with an icon on the Flight of the Holy Family into Egypt, and walked with him to the close-by al- Boutrossiya Church (church of St Peter and St Paul’s) where a suicide explosion during Sunday Mass on 11 December 2016 had claimed the lives of 26 Copts. The church was fully restored by Egypt’s military. President De Sousa visited a shrine set up at the church for the martyrs, and placed a wreath of flowers there.

In a press conference, Pope Tawadros said that President de Sousa had extended to him an invitation to visit Portugal, and that he, the Pope, had invited him to visit Egypt again for a tour of Coptic sites and monasteries. 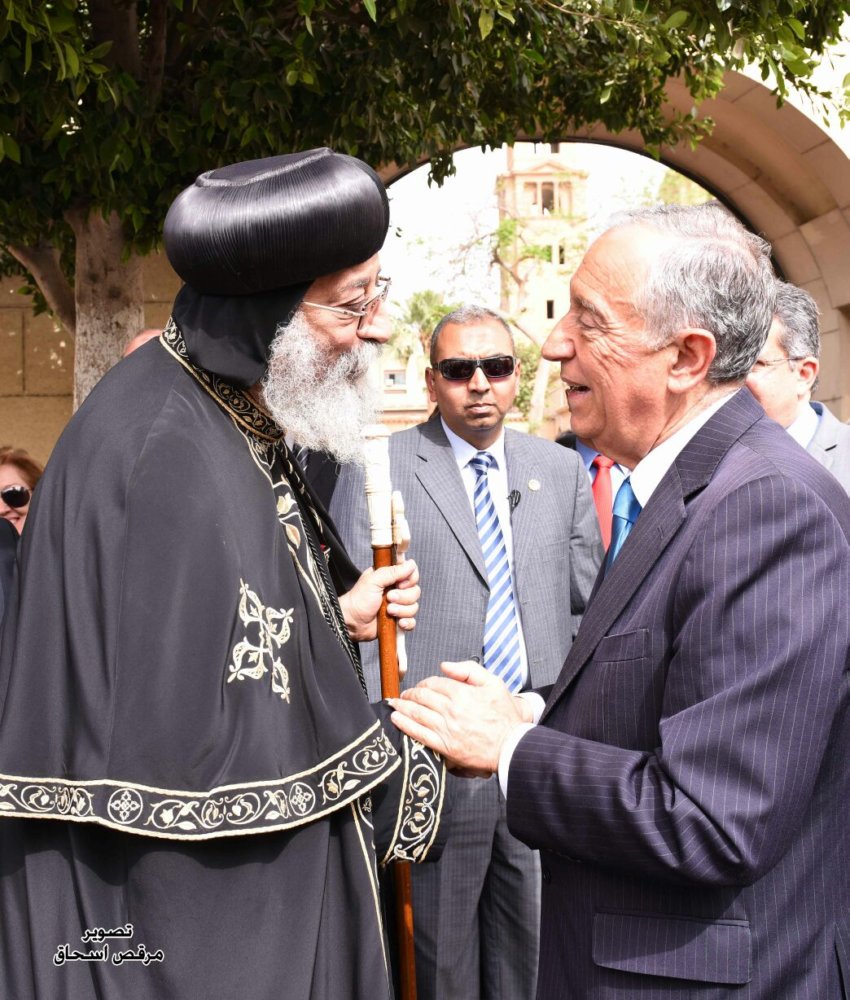 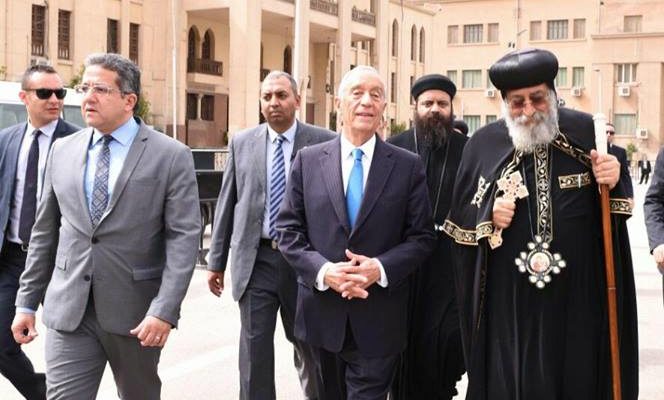 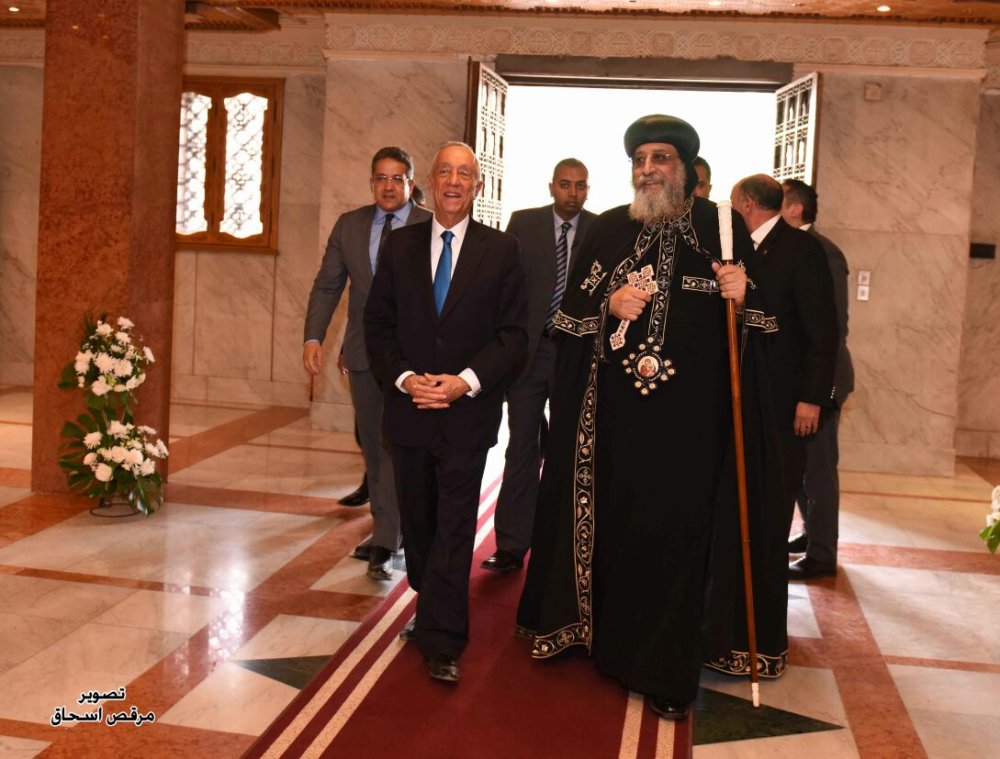 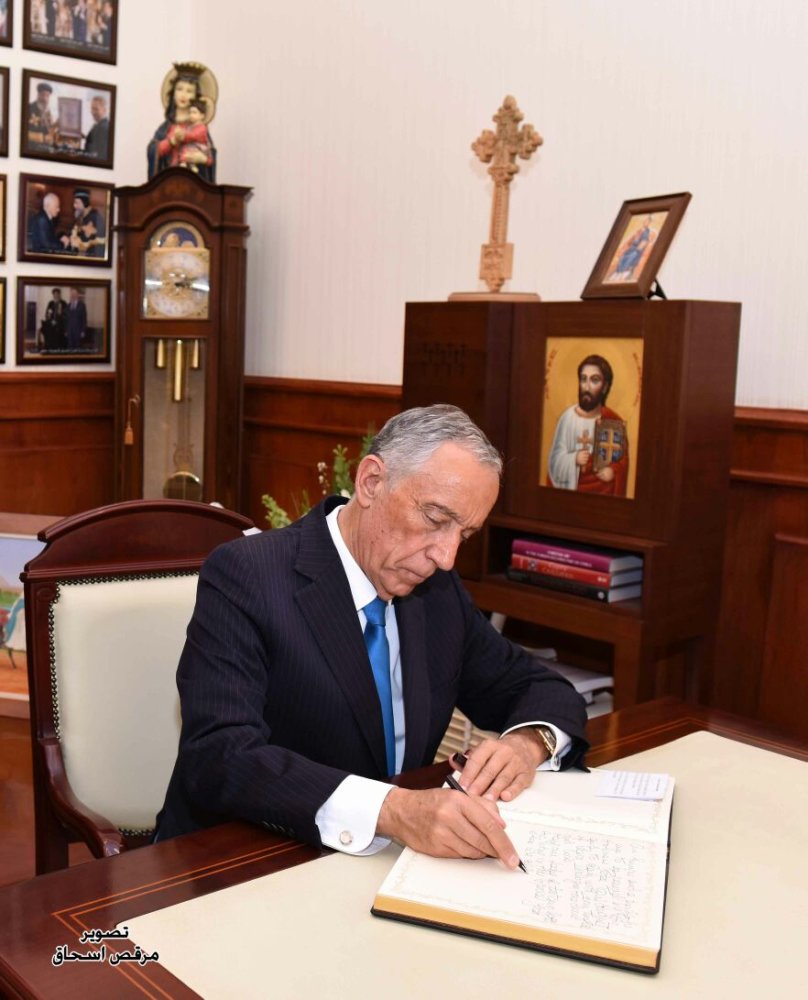 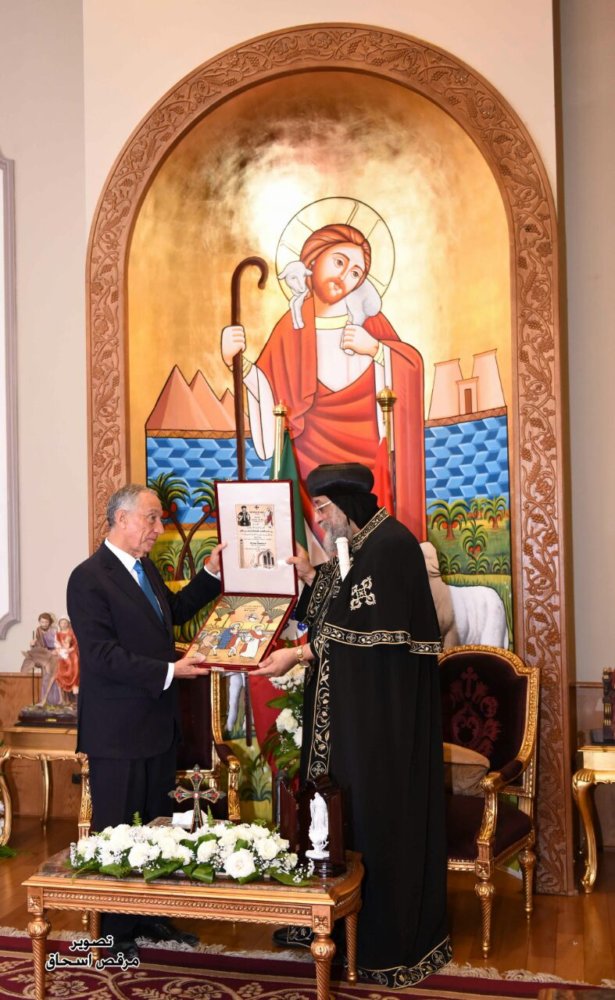 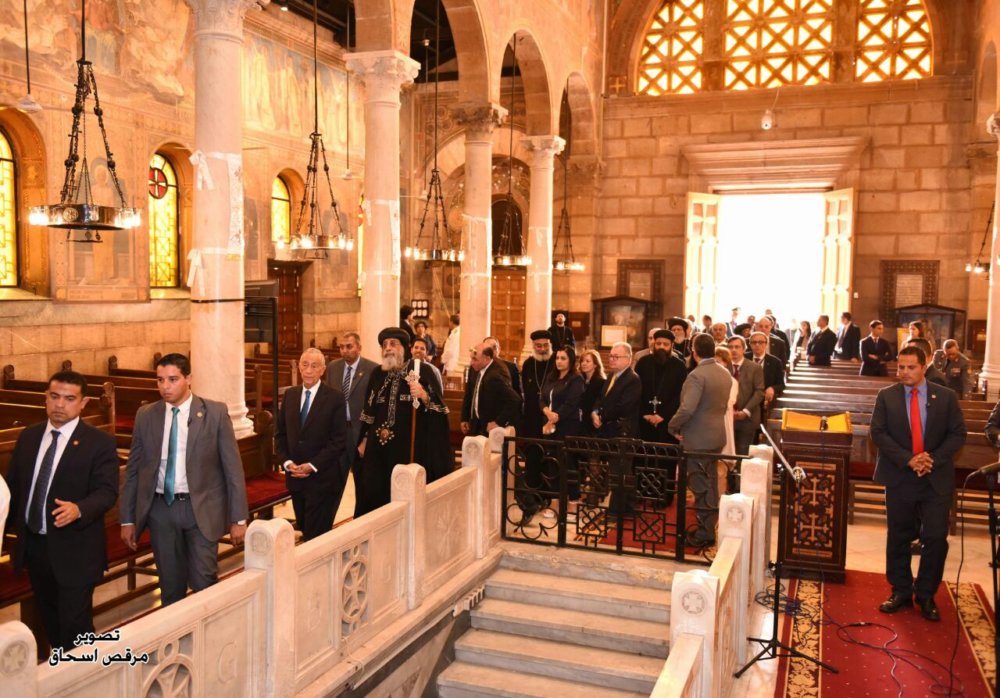