President Abdel-Fattah al-Sisi last weekend paid a visit to Egypt’s new Administrative Capital, 40km east of Cairo, to inspect the progress of construction there. The President visited al-Fattah al-Aleem Mosque and the Cathedral of the Nativity of Christ. 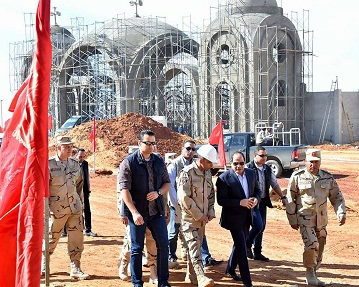 The Cathedral first opened for worship for Midnight Mass last Coptic Christmas Eve, 6 January 2018. One year earlier, on Christmas Eve of 2017, President Sisi had visited St Mark’s in Abbassiya, Cairo, also at Midnight Mass, and made the surprise announcement that, on the same evening the following year, Midnight Mass would be celebrated in a new cathedral that would be the biggest in Egypt, and that would be built in Egypt’s new administrative capital.

Work on building the new Cathedral began directly after Coptic Christmas 2017 on land allocated for it by the State. Built by Orascom Construction International in cooperation with the engineering authority of the Egyptian Armed Forces, the main church was ready for the 2018 Christmas Midnight Mass. But, admittedly, a lot of work remained till the full Cathedral and other buildings on its grounds could be completed. 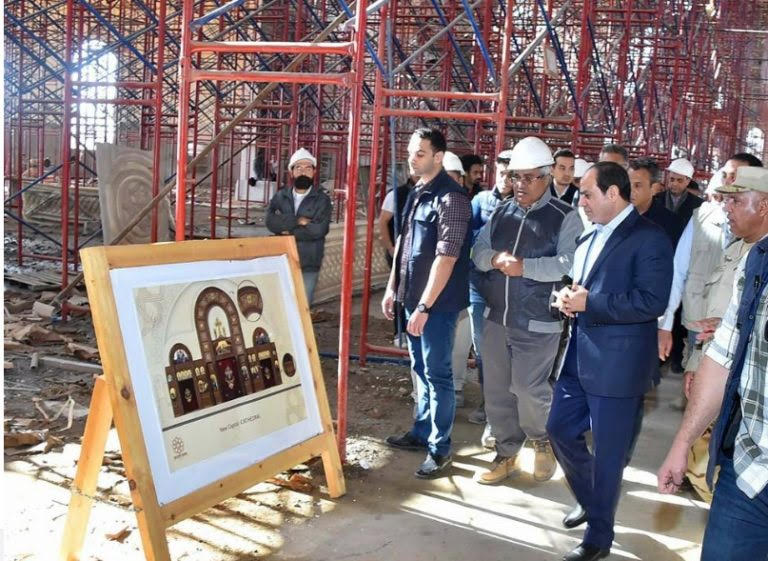 During his recent visit, President Sisi met the construction engineers and workers at the Cathedral site, and listened to their detailed description of the work in progress.

Sunday 25 November, Pope Tawadros made an announcement that the upcoming Christmas Midnight Mass on 6 January 2019 would be celebrated at the Cathedral of the Nativity of Christ. 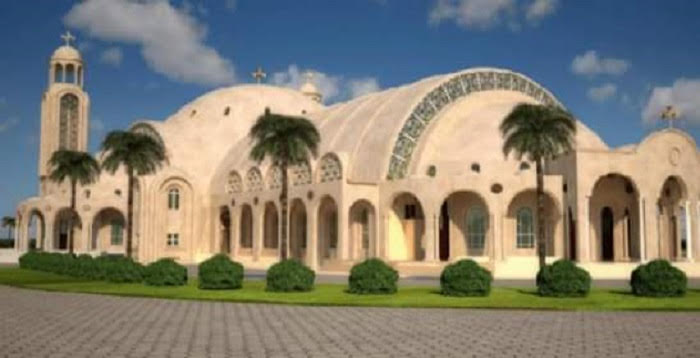 The Cathedral of the Nativity of Christ has been designed to emulate Noah’s arc, reflecting a Coptic tradition of the Church as a lifeboat that sails believers to the safe harbour of Eternal Life.

It rises two levels high, the upper one includes the main church.

The nave extends on an east-west axis, is roofed on the east with two perpendicular vaults intersecting in a cross-like formation. In their centre, the dome rises 40m in diameter and 39m high, lifted on four arches. A longitudinal cylindrical vault extends westwards and roofs the nave until the cathedral door.

East of the nave there are three altars, each roofed with a dome, the middle one as big as one-and-half each of the side altars.

The vast Cathedral grounds have been landscaped to include wide, open spaces and verdant greenery. They house the cathedral, papal headquarters, a smaller church, a multi-storey underground car park, and a community service centre. All the buildings have been designed to be compatible with the cathedral, so that the entire complex would resonate with a magnificent symphony of architectural harmony.