The Egypt Council of Churches (ECC) marked six years on its establishment with a celebration held at the Catholic Clerical College (Seminary) in Maadi, Cairo, on the evening of Saturday 9 February 2019. The ECC was established on 18 February 2013. 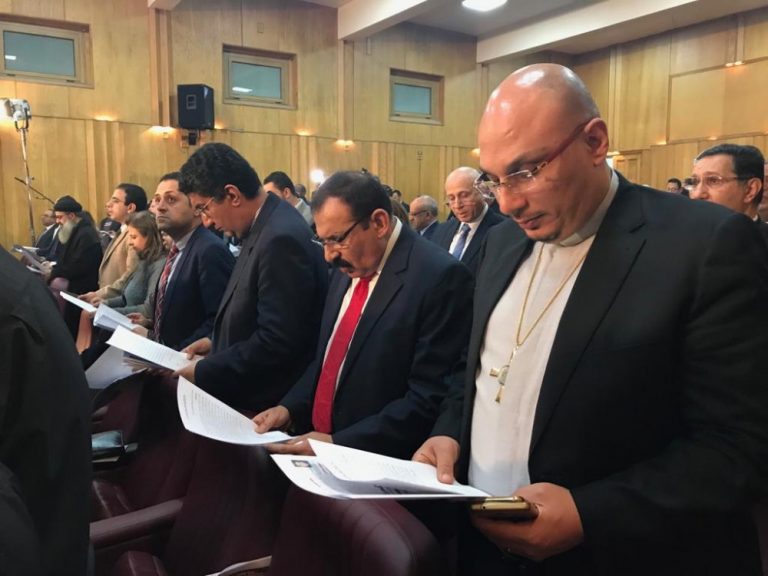 Participating were Pope Tawadros II of the Coptic Orthodox Church; Anba Ibrahim Ishac, Patriarch of the Coptic Catholic Church; Reverend Dr Andrea Zaky, Head of the Evangelical Church in Egypt; Metropolitan Mounir Hanna, Head of the Episcopal Church in Egypt and the Horn of Africa; and Metropolitan Damaskinos as representative of the Greek Catholic Church.

Before beginning the celebration, Pope Tawadros headed a closed meeting with the ECC representative members. They all then toured the seminary, its library and small church, and joined in prayer. 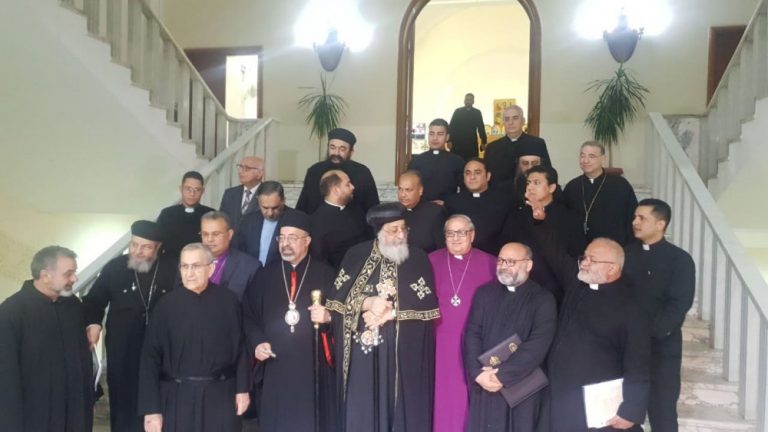 Rev. Rifaat Fathy, representative of the Evangelical Church and Secretary-General of the ECC for the past two years, reviewed the activities of the council throughout that period, and handed over the responsibility of Secretary-General to Father Boulos Garas of the Coptic Catholic Church who will hold that position during the coming two years. 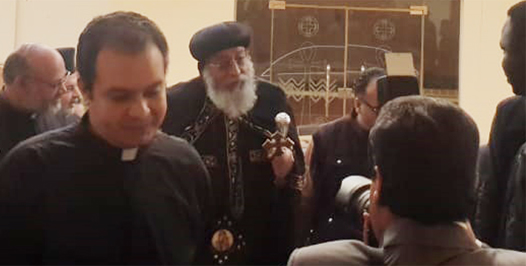 Rev. Fathy offered a number of recommendations to his successor Fr Boulos. He said the ECC should extend its work outside the capital, Cairo, spreading ecumenical thought through activities in various regions in Egypt. The ECC,
he said, should set up a curriculum based on ecumenism, as Pope Tawadros had suggested. 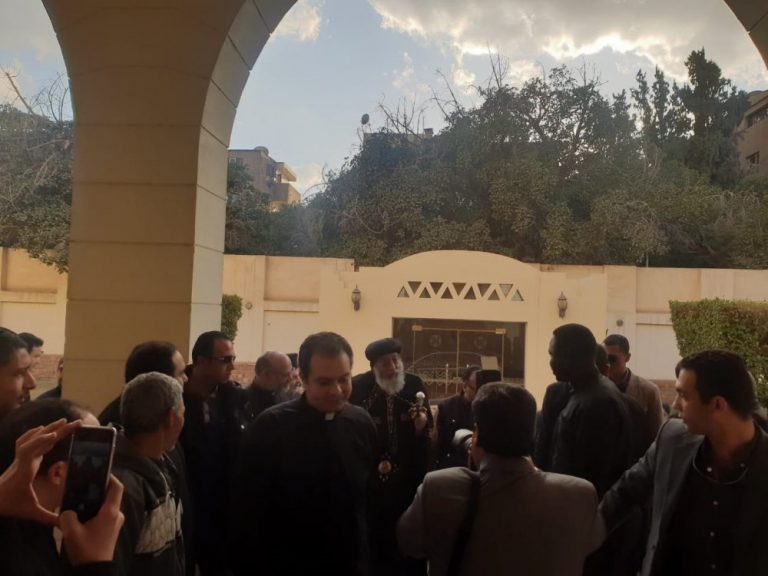 Words by the heads of Churches followed. Anba Ibrahim Ishac talked about the ECC as among the important instruments through which Church unity may be achieved, saying he was happy that the Churches were now talking to one another candidly and in a straightforward manner. “We are making slow but sure progress,” he said.

Rev. Zaky stressed the need for all the Churches to work in solidarity and flexibility at the same time.

“Brotherly live is our strength,” said Metropolitan Damaskinos, who believes that “differences between the Churches are not disputes.” 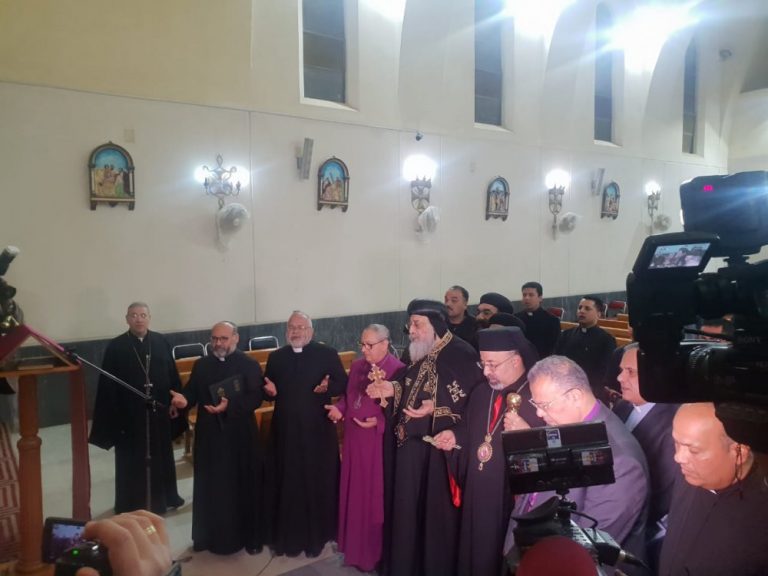 In his speech, Metropolitan Mounir Hanna paid tribute to all who had contributed to the success of the council throughout the last six years. Prominent among them was the renowned theologian Anba Bishoy (1942 – 2018), Metropolitan of Dumyat (Damietta) and Kafr al-Sheikh, who passed away in October 2018. Anba Bishoy had a long history of ecumenical work. [http://en.wataninet.com/coptic-affairs-coptic-affairs/coptic-affairs/anba-bishoi-1942-2018-metropolitan-of-dumyat-and-kafr-al-sheikh-passes-away/25792/ ] 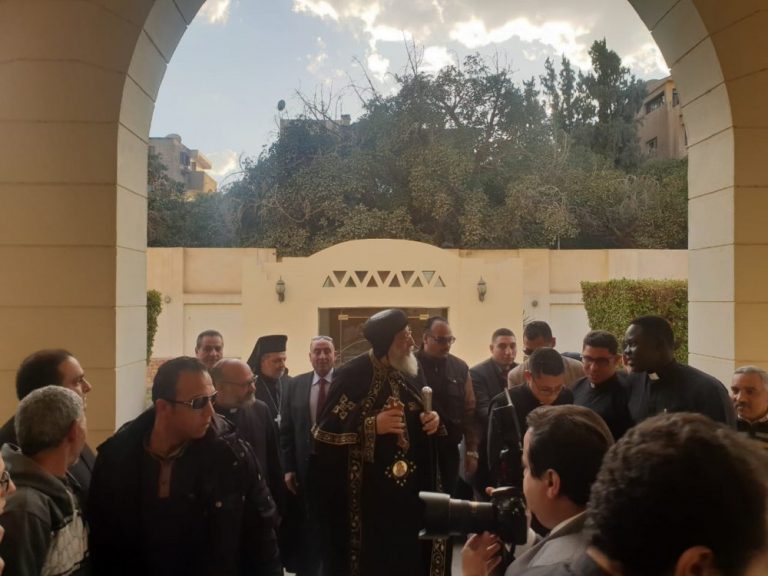 Metropolitan Hanna concluded his words by stressing on that “Dialogue is the tool for rapprochement between Churches.”

Pope Tawadros spoke of “the great gifts God has bestowed upon us, gifts which carry with them a great responsibility we must be faithful to,” he said. The ECC and all its member Churches, he said, should fulfill that responsibility through faithful service.