The day the Holy Virgin nearly closed her doors …

The Convent of the Holy Virgin on the western mountain of Assiut, also known as the Dronka Convent is an annual pilgrimage destination for Christian and Muslim Egyptians. The pilgrimage to the site near the village of Dronka on 7 – 21 August coincides with the two weeks when the Coptic Church marks the Fast of the Holy Virgin. Both the fast and the feast on 22 August are extremely popular with Egyptians of all faiths, who revere St Mary as the ultimate figure of motherhood. Scholars believe that, on the folklore level, she is an extension of the ancient Egyptian goddess Isis, who was also the epitome of love and motherhood.
With the popularity of the event today, it is hard to believe that not so long ago the convent came close to closing its doors.

Cave churches
The convent’s focal point is the large cave which tradition holds to have been the spot at which the Holy Family—Baby Jesus, St Mary, and St Joseph—spent the longest time during their biblical flight into Egypt from the wrath of Herod the King who sought to kill the Child. The story mentioned in the Gospel of St Matthew tells only of the need for the flight and the return to Israel as soon as this was possible. Tradition, however, fills the gap with countless stories of what took place once the Family entered Egypt at its northeastern border with Israel, travelled southwest to the Nile Delta, then further south down the Nile as far as what is today Assiut, some 350km south of Cairo. There, two spots lay claim to having hosted the Holy Family for some six months, these being the site of the present-day Monastery of the Holy Virgin at al-Muharraq, some 50km north of Assiut city, and the Convent of the Holy Virgin on the lower slope of the mountain west of Assiut, some 10km south of the city.
The main cave is spacious and contains a few smaller caves and a small church in the centre. The rock walls all around are hung with icons. A small cave at the back houses an icon of the Madonna and Child, which is carried every afternoon during the Holy Virgin’s fast in a long deacon procession that tours the grounds of the convent to hymns of praise and songs for the Virgin.
One smaller cave church is famous for its several baptismal fonts, since many parents take their babies to be christened at this time. Another, larger church was built close by. 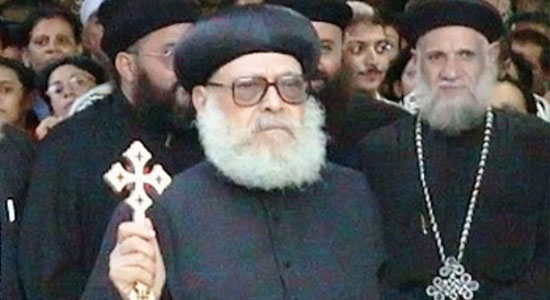 Need to annex adjacent land
Since the convent usually hosts more than 1.5 million visitors during the fast of the Holy Virgin, a number of guesthouses have been built on the mountainside. The development of the site, however, has not been a smooth process; there have been countless hurdles throughout the years, many of them of a sectarian nature. One of these predicaments was especially senseless and prolonged, extending over the period from 1983 to 2008. In July 2008 Assiut’s Metropolitan Anba Mikhail (Metropolitan from 1946 until his death at age 94 in 2014), a modern-day saint labelled the “Lion of Upper Egypt” for his strong and firm stances, was on the verge of closing the doors of the convent to pilgrims, in protest against official intransigence.
In August 1983, Anba Mikhail filed a request to the local authorities for permission to annex a 13-feddan (1 feddan = 4200sq.m) empty plot of land that lay on the eastern border of the convent. There were fears that the plot might be used to erect highrise buildings that would grossly disfigure the site. The Metropolitan offered to purchase the land at the official asking price set by the governorate. According to the law, several authorities concerned with State-owned land had to be consulted. They all gave their approval, the last being the Egyptian Antiquities Authority which, following a thorough inspection of the site, declared it was free of anything of archaeological value and could thus be annexed to the convent grounds. The antiquities committee even recommended that the land be handed over to the convent which in itself possessed inherent historic and aesthetic characteristics that should be preserved and enhanced. That was on 8 August 1983. 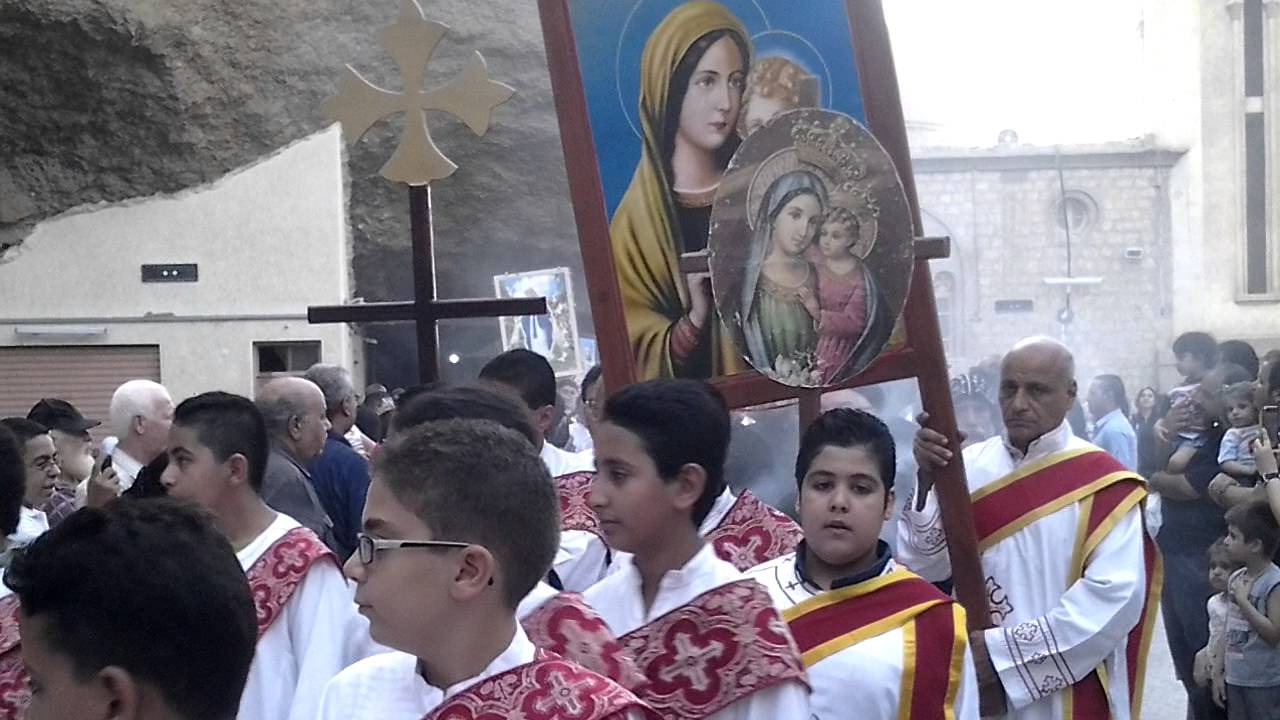 25-year official intransigence
Between 1983 and 1997 correspondence went to and fro between Assiut’s Metropolitan and the local authorities in the city, but no decision was issued concerning the land. In July 1997, the head of the antiquities authority in Assiut wrote stressing his recommendation that the land adjacent to the convent should be walled in to secure the sanctity and aesthetic value of the site. He said that the land had become an unsightly garbage and sewage dump for local residents, and that a fence should be built to protect it from further damage. It should also be cleaned up. He added that the convent had offered to plant trees on the land and had even taken all the necessary steps to do this as soon as the land was handed over. The convent would bear the cost of erecting the wall, he said, and it would be constructed under supervision of the antiquities authority.
Again, no approval came from Assiut authorities, despite incessant demands by Church officials. In October 2005, a committee from the Egyptian Antiquities again issued a decision that a wall should be built to surround the land at the cost of the convent. It took until mid-2008 for the local government of Assiut to issue its famous decree no. 163 of 2008, according to which the plot of land would be annexed to the convent.
The blow, however, came when the executive committee of Assiut local government approved all the decisions that had been issued that month—and there were more than 200 of them—except the one concerning the convent and the land adjacent to it. Unofficial declarations by local officials claimed the land could be allocated for public benefit such as a public park, but would not be handed to the convent.

“What are you afraid of?”
At this point, Anba Mikhail began contemplating closing the convent to visitors during the fast of the Holy Virgin in protest against the by-now-obvious intransigence by the local authorities. He issued a statement to that effect, upon which the Catholic and Evangelical Churches in Assiut issued strong statements declaring their support of the Coptic Church’s decision.
The Assiut congregation was extremely worried. They realised that there was nothing they could do at this point except wait for Divine intervention. Many of them quoted the Biblical verse of Isaiah 37:33: “Therefore thus saith the Lord concerning the king of Assyria, He shall not come into this city, nor shoot an arrow there, nor come before it with shields, nor cast a bank against it.” Anba Mikhail’s thick glasses could not conceal the tears glistening in his eyes as he sang Holy Mass or delivered his Tuesday sermon. Meanwhile, there were several communications between him and higher officials in Cairo.
Thursday 24 July 2008 was a memorable day. As Anba Mikhail later told those close to him: “I called the most senior official in Assiut and asked him, ‘What are you afraid of? Why do you shut all the doors in our face? I too will shut the convent’s doors; we will not receive any visitors.’”
On Sunday 27 July 2008, news came that the Assiut authorities had approved the annexation of the land to the convent. 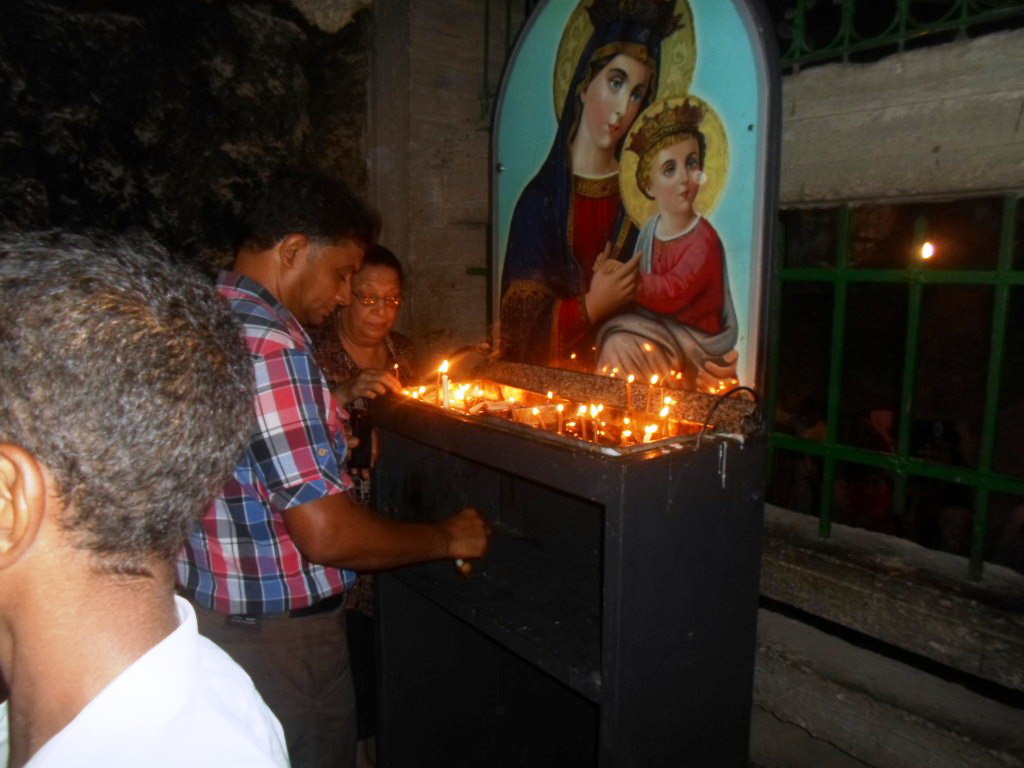 Final peace
Anba Mikhail issued a statement to this effect that was published in Watani. It ended with the words: “We thank God that the epic concerning the Convent of the Holy Virgin in Assiut is peacefully over. We would like to express our gratitude and appreciation to His Eminence Anba Kyrillos, Archbishop of the Catholic Copts in Assiut, and Rev. Baqi Sadaqa, head of the first Evangelical Church in Assiut, for their honourable support. We ask our Saviour to keep all Churches unified in the Christian faith until His Second Coming.”
A later statement by Anba Mikhail read:
“The Lord has done great things for us, and we are filled with joy, (Psalm 126:3). Thank God for the peace He bestowed on us and for His answer to His congregation’s prayers regarding the 13-feddan land adjacent to the Convent of the Holy Virgin on the western mountain of Assiut (Dronka). I wish to express my deep thankfulness to the Assiut Governor Nabil al-Ezabi, for the fairness with which he responded to all demands.” After acknowledging all involved in the long-awaited decision, the statement declared that the convent would pay the full price of the land and build a wall around it. The convent, the statement said, was ready to welcome pilgrims and visitors coming for the blessings of the Holy Virgin during her fast and to celebrate the feast of her Assumption. The statement concluded with fervent prayers for peace for our nation.
By August, construction had already begun on the wall.

Tags: Anba KyrillosArchbishop of the Catholic Copts in AssiutAssiut’s Metropolitan Anba MikhailConvent of the Holy Virgin on the western mountain of AssiutDronkaJuly 2008Pilgrimage