Three vehicles carrying Copts heading to the monastery of Anba Samuel al-Muetarrif (St Samuel the Confessor) were attacked by masked men who opened fire on the vehicles and left some 30 Copts dead. Eyewitnesses said the vehicles were moving on the unpaved desert path leading up to the monastery in Mount Qalamoun, northwest Minya and close to 180km south of Cairo, when armed, masked men descended on them from the close-by Abu-Tartour plateau overlooking the path.

The masked men carried automatic weapons; they opened heavy fire, and fled back up the plateau. Amid the carnage they strewed fliers into the buses, saying: “A fast accepted [by Allah], and all sins forgiven”. The phrase is a famous quote used by Muslims during their holy month of Ramadan, the month of fasting, which begins tomorrow. This means that the attackers were obviously Islamists.

The three vehicles were a bus from the Beni Sweif town of al-Fashn (some 100km south of Cairo) which carried families going to the monastery, a microbus carrying children from the church of the Holy Virgin in Maghagha, Minya; and a half-truck that carried 16 Coptic labourers from the Minya village of Deir al-Garanos. All but three of the children died.

Ambulances have been moving the injured, who according to the Health Ministry number 25, to hospitals in Minya, Beni Sweif, and Cairo. Many of the injured are in critical condition, and it is expected that number of the dead would rise. The police are investigating the incident. 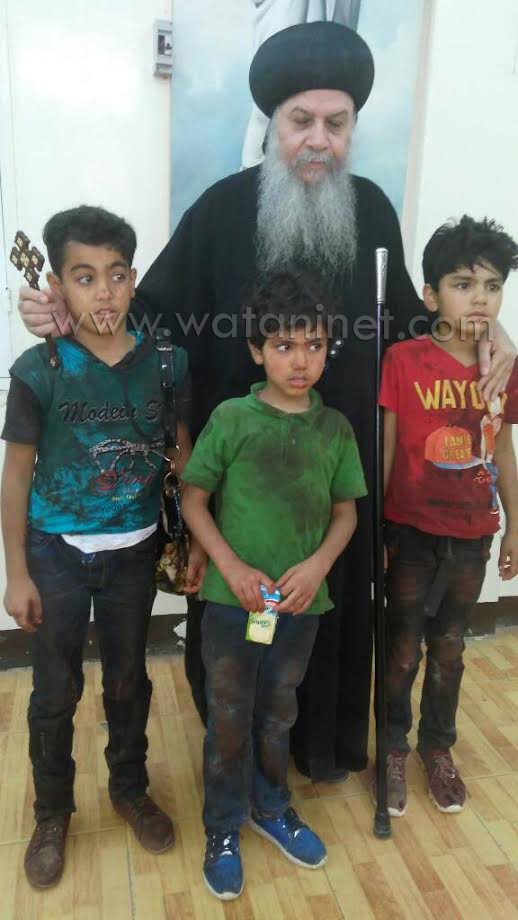 Islamist jihadis have been targeting Copts and have repeatedly announced through video footage and postings on their websites that they would “wipe the Copts off the face of Egypt” [http://en.wataninet.com/coptic-affairs-coptic-affairs/sectarian/daesh-threatens-egypt-copts/18914/]

Sunday 21 May, Prosecutor-General Nabil Sadeq referred to military trial 48 men charged with belonging to the terrorist organisation Daesh—also known as ISIL and ISIS—and with planning and organising the suicide bombings at three churches. The bombing at al-Boutrossiya church in Cairo on 11 December 2016 during Sunday Mass, and the twin bombings at the Tanta church of Mar-Girgis and the Alexandria St Mark’s cathedral on Palm Sunday, 9 April 2017, altogether claimed some 70 lives of Coptic churchgoers and three Muslim guards.

The 48 terrorists referred to trial include 31 who have been caught by the police and questioned by the prosecution, and 17 who are still at large. [http://en.wataninet.com/coptic-affairs-coptic-affairs/sectarian/islamist-suicide-bombing-perpetrators-target-monasteries/20191/]

Upon questioning, the suspects confessed to being members of Daesh, a group which they said believes that the ruler and the entire regime, the armed forces and the police, are all kafir, meaning apostate or infidel. As such, it is the duty of true Muslims to battle them, overthrow them, and install in their place an Islamist regime that would rule according to Islamic sharia. According to Mr Abdel-Aziz, Daesh thus targets the ruler, State figures and institutions; also Christian lives, churches, and possessions which are considered legitimate property of true Muslims. It also stockpiles arms and ammunition to use for such purposes.