The Coptic Orthodox Church in Egypt has officially requested of the Libyan Embassy in Cairo that the body of the Ghanaian Matthew Ayariga should be shipped to Egypt, to be placed in the shrine built for the “Libya Martyrs” in the village of al-Our in Samalout, Minya, some 250km south of Cairo. “Libya Martyrs” denotes 20 Coptic migrant labourers and Mr Ayariga who were all beheaded by Daesh, also known as Islamic State (IS), on a beach in Libya in 2015. 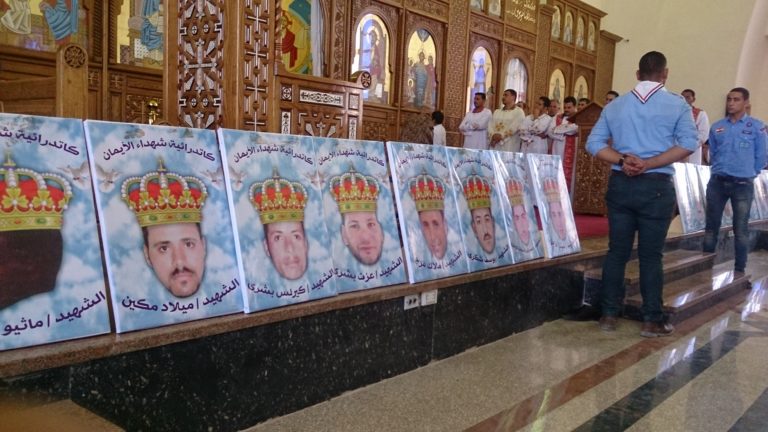 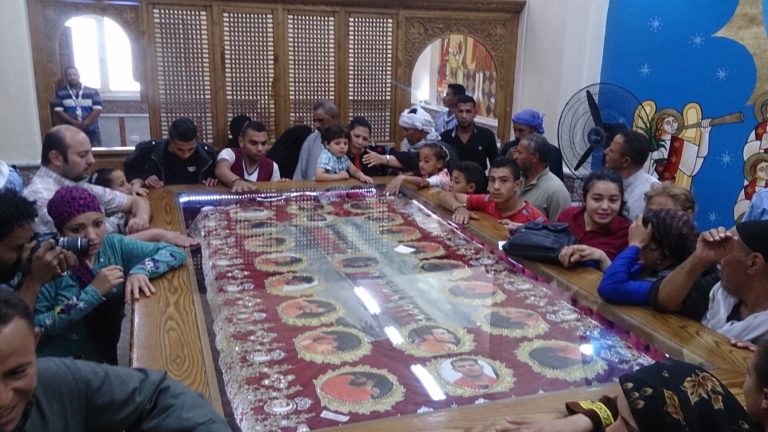 Video footage aired by Daesh on 15 February 2015 showed the 21 Christians in orange jumpsuits lined up on a beach in Libya and savagely beheaded for refusing to reject their Christian faith. The footage had brought shivers down spines the world over. The Coptic Church canonised the 21 as martyrs of faith; announced that their names would be added to the Coptic Synaxarium, the book which lists the history of saints and martyrs; and declared the date 15 February an annual Feast of Modern-Day Martyrs. By order of President Abdel-Fattah al-Sisi, a church was built in their honour on the outskirts of the village of al-Our, constructed by Egypt’s Armed Forces and named by the President: “Church of the Martyrs of Faith and the Nation”. Al-Our is the home village of 13 of the 20 Coptic martyrs. 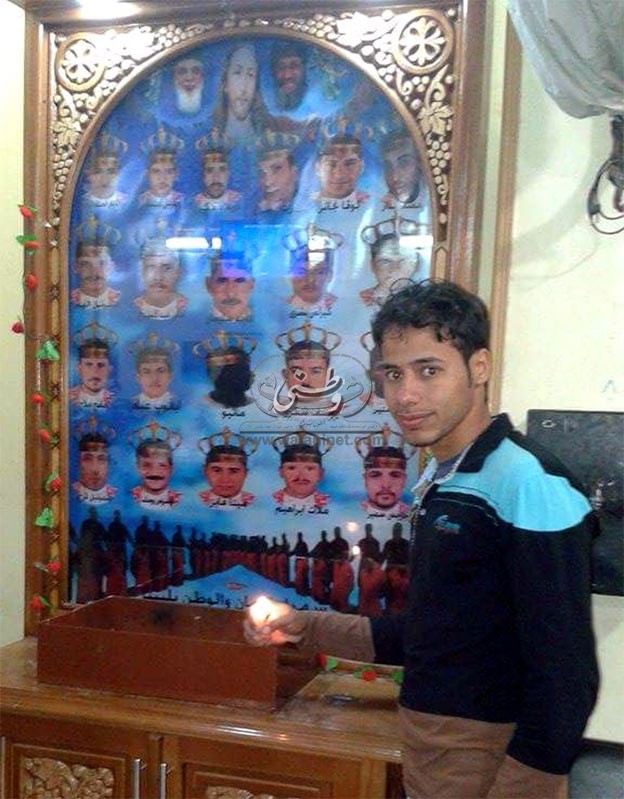 The bodies of the martyrs were discovered by the Libyan authorities in September 2017, and identified by DNA testing. The Church of the Martyrs of Faith and the Nation was opened in February 2018, with the shrine to house their bodies. The bodies of the 20 Coptic martyrs were brought home in May 2018, and placed in their final resting place. 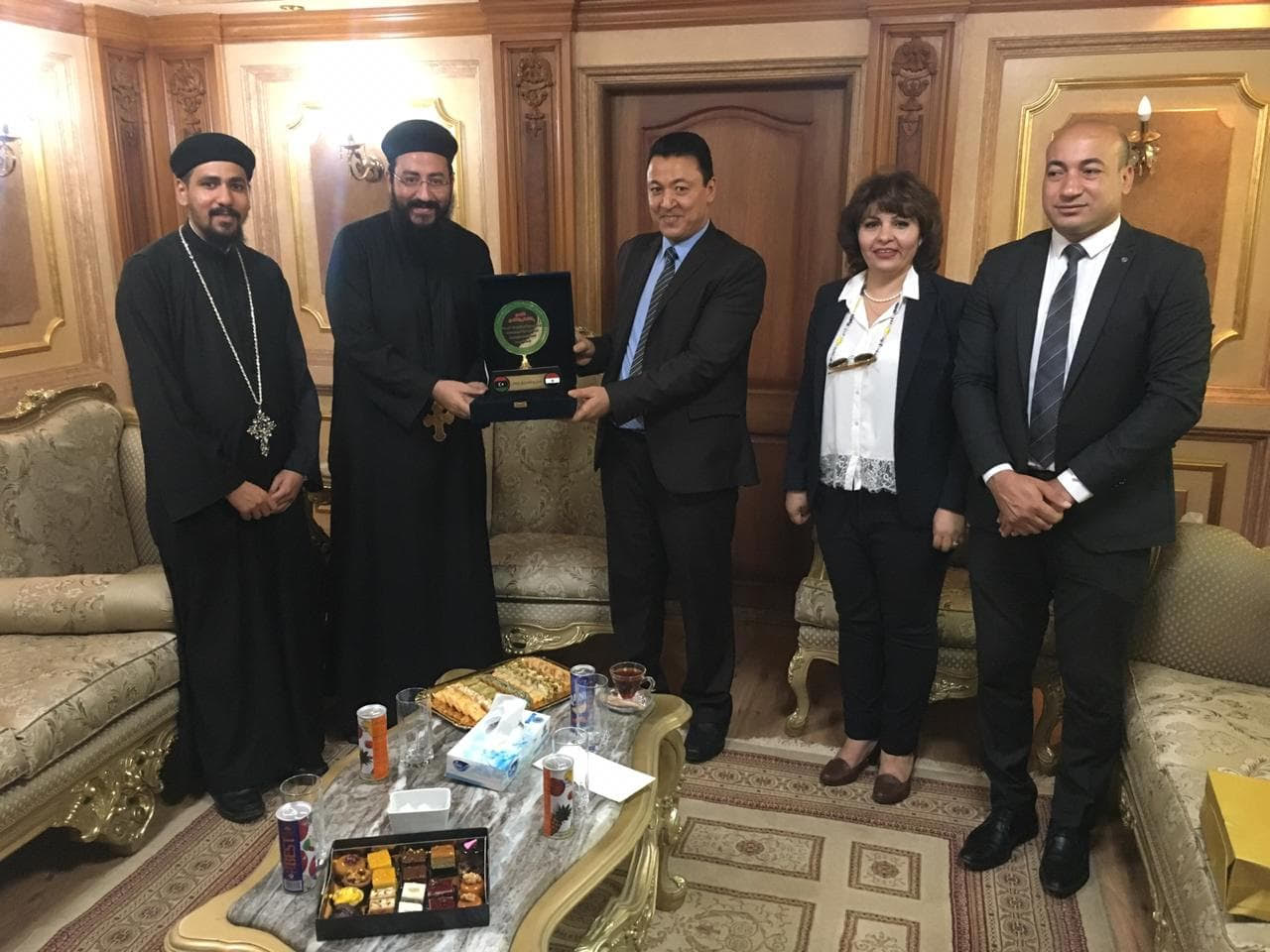 Copts, however, profoundly missed the Ghanaian martyr Matthew Ayariga whose body, they felt, fittingly belonged with the other martyrs in the shrine at al-Our. Many comments had been voiced to that effect when the bodies of the 20 Copts were brought home, but it was understandable that he might be claimed by Ghana. However, since his body is to date in Libya and has been claimed by no one so far, Anba Pavnotios, Metropolitan of Samalout, decided to respond to Coptic demands and request that the Ghanaian’s body to be shipped to Egypt.

On 25 July, Anba Pavnotios dispatched an official delegation to meet Chargè D’Affaires of the Libyan Embassy in Cairo, Fawzy al-Mabrouk Tantoush. The delegation included the priests of the al-Our Martyrs Church: Fr Marcos Atef and Fr Epiphanius Yunan; Nevine Ragy, general manager of schools and projects of Samalout Diocese; and Nader Shukry, member of the board of al-Our Martyrs Church, and coordinator of crisis management for the martyrs’ families. Hussein al-Bashir Shafsha, the Libyan Embassy’s Social attaché, attended the meeting. 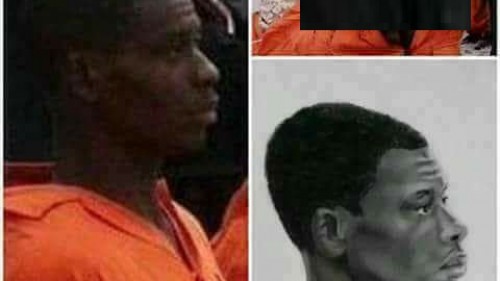 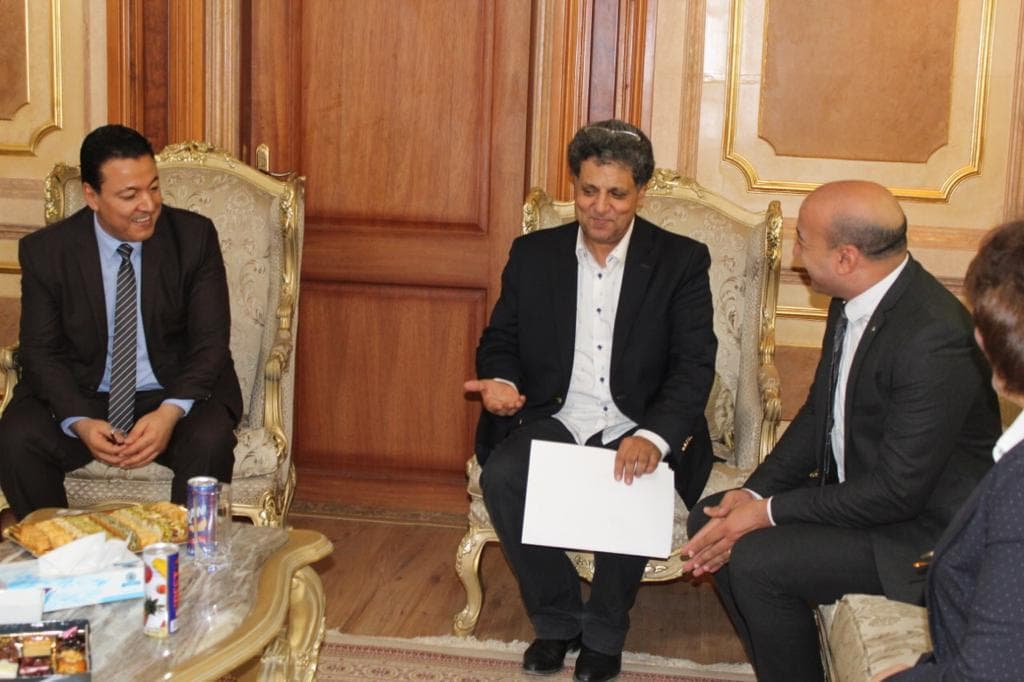 The Egyptians started with thanking the Libyan authorities for their invaluable cooperation and help in bringing home the bodies of the Coptic martyrs, and stressing that the Coptic Church: Pope Tawadros II, Anba Pachomius, Metropolitan of Beheira and Pentapolis (Eastern Libya); and Anba Pavnotios always prayed for peace in Libya. They handed Mr Tantoush a letter from Anba Pavnotios requesting that the body of Mr Ayariga, fondly called ‘Matthew’ by the Copts, would be brought to Egypt “to be joined with his Coptic brothers in their final resting place”. The Metropolitan said the Church would give all the necessary legal pledges and guarantees to honour the rights of all parties should his country ask to have him back.

Anba Pavnotius also asked for a copy of the official investigations conducted by the Libyan authorities in the case of the beheading of the 21 martyrs, in order to have historical documentation of the incident.

The Coptic delegation presented the Libyan Embassy with the shield of Samalout Diocese, and invited Mr Tantoush to visit the Martyrs Church in al-Our and meet the families of the martyrs.