For al-Arish Copts: No end to nightmare?

February 2017 is a time painfully etched in the collective memory of the Coptic population of al-Arish, the capital city of North Sinai. In the Sinai desert area, the city is situated along a stretch of serene coastline on Egypt’s Mediterranean, some 320km northeast Cairo and 50km west of Egypt’s border with Gaza.

North Sinai has been a hotspot for jihadi terrorists who have barricaded themselves in its cave-riddled mountains south of Arish, their proximity to Rafah on the Egypt-Gaza border, where arms smuggling is rampant, securing them a steady supply of arms, ammunition, and provisions. Ever since the massive 30-million-strong Egyptian revolution of 30 June 2013 succeeded, with backing from Egypt’s military, in overthrowing the Muslim Brotherhood rule which had came to power in Egypt in the wake of the 2011 Arab Spring, Arish became a battleground. On its soil the Jihadis targeted, and continue to target, Egypt’s military and police, and Arishi Copts. The Jihadis, who vowed allegiance to Daesh, also known as the Islamic State (IS), have repeatedly termed Copts their “favourite prey” since they represent both Egyptians and Christians, the hated ‘Crusaders’.

No surprise then that the Copts of Arish have had more than their fair share of attacks by Jihadis since July 2013; their church was burned, and two young priests and a few civilians brutally killed. But in January 2017, the battle against Copts gained ominous proportions when the Jihadis threatened all the Copts of Arish with certain death if they did not leave town. 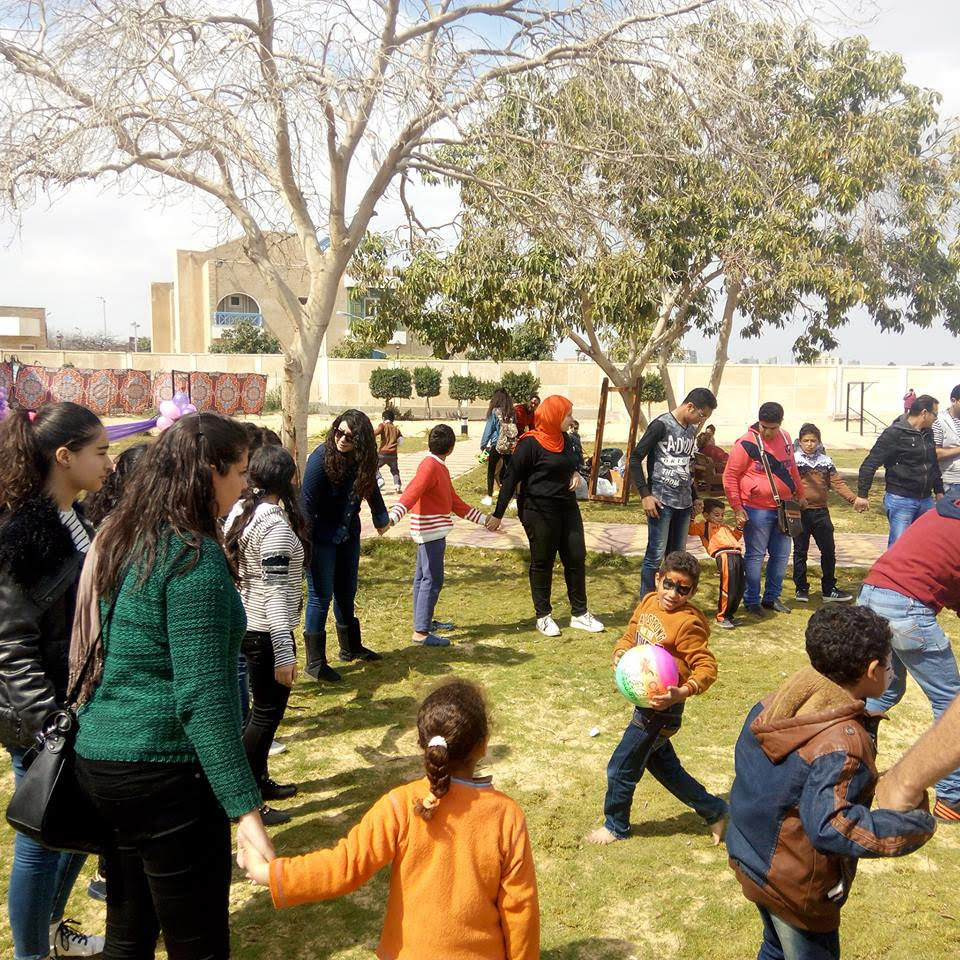 The Jihadi threat was not a hollow one.

On 30 January 2017, the 35-year-old trader Wa’el Youssef was shot to death at midday in his grocery shop in Downtown Arish, in front of his wife and young son. The killers sat down and drank soft drinks and ate potato chips as Youssef lay dead. On 12 February, the doctor Bahgat William Zakher, 40, was shot dead by masked jihadis who stopped his car in Arish. The third Copt to meet his death was Adel Shawqy, 57, a labourer, who was shot in the head on 13 February. The fourth, 45-year-old schoolteacher Gamal Tawfiq Girgis, was killed on 16 February. And on 21 February, Saad Hakim Hanna, 65, was shot in the head as was his son Medhat whose body was burned.

The police and military were fighting a bitter battle with Jihadis in North Sinai. The police guarded Arish and all entrance points leading to it but, according to testimonies by the locals, the killers of the Copts came not from outside town but from among Islamists resident there. It was feared that if the battle moved into town it would lead to guerrilla warfare in the streets, with countless civilians falling victim.

On 22 February 2017, the Coptic exodus from Arish started. Eight Coptic families left Arish that day and, as the month drew to a close, 150 families closed down their businesses, pulled their children out of school, and literally ran for their lives. In the space of two weeks, 355 Coptic families fled their homes. As would transpire, they had done the right thing; the very few Copts who later went back home to Arish were promptly murdered by the Jihadis who again issued explicit threats that any other returning Copts would meet the same fate. 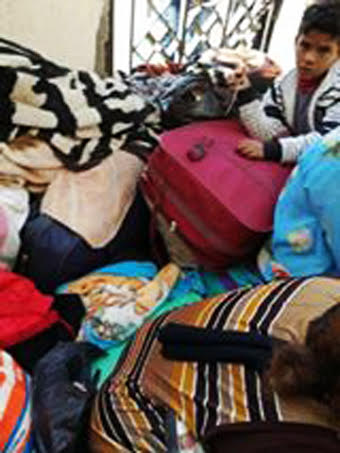 The displaced Coptic families were relocated in Ismailiya, Port Said, Cairo, Giza, Gharbiya, Assiut, Sharqiya, Minya, Daqahliya, Alexandria, Hurghada and Beheira. After an initial phase of instability during which the Copts were hosted temporarily in Church facilities and State hostels, the government and the Church, under clear directives from President Sisi and Pope Tawadros, worked to smooth their relocation in their new hometowns, by helping provide new homes for them, ensuring them free health care, affording them job opportunities, and enrolling their children in schools and universities equivalent to the ones they left in Arish.

Those who risked going home

Despite the serious efforts to ease the lives of the displaced Copts and help them start their lives anew, two years on their forced displacement, many remain ill at ease, insisting they are leading lives inferior to the ones they led back home. So much so, that a few risked a return.

Nabil Saber Fawzy, a 40-year-old barber who had relocated with his family in Port Said on the northern tip of the Suez Canal, decided in May 2017 to go back to Arish to check on his home and shop. He left his wife and two sons behind in Port Said. Ten days later, he was killed in broad daylight in his barbershop in Arish.

In January 2018, 27-year-old Bassem Haraz too was killed when he moved back to Arish from the Suez Canal town of Ismailiya where he had relocated. He went back with his brother Ussama, the two young men said that the work available for them in Ismailiya was inadequate. Bassem was killed in January 2018 while closing his shop, but Ussama said the Jihadis left him unscathed because they thought he was Muslim. They flagrantly threatened more of the same fate as Bassem to any Christian who would show up in Arish.

In January 2019, Adeeb Nakhla Yassa, 55, who had relocated in Ismailiya, was abducted while on a microbus heading to Arish to check on personal business matters. According to eyewitnesses, at some 50km west of Arish, the microbus was stopped by a group of armed men who, when they found out that Yassa was Christian, ordered him to disembark and carried him off in a four-wheel drive vehicle. To date, his fate is not known.

Two years on their exodus from Arish, Watani visited a number of the relocated Coptic families, only to find they all had the same complaints. Predictably, it was impossible to refrain from comparing their current conditions with the lives they had left behind.

Their new houses they had been given, the Arishis complained, were poor and sparse compared to the large homes back home. Those who had had small businesses in Arish cannot accept the fact that now they have to make do with new jobs which do not generate as much income as they were used to, let alone that the cost of living in the big cities in which they relocated is immeasurably higher than that they could sustain in Arish. Add to that the spiralling prices in Egypt owing to the painful economic reform, and the situation of the relocated Arishis becomes intolerable. 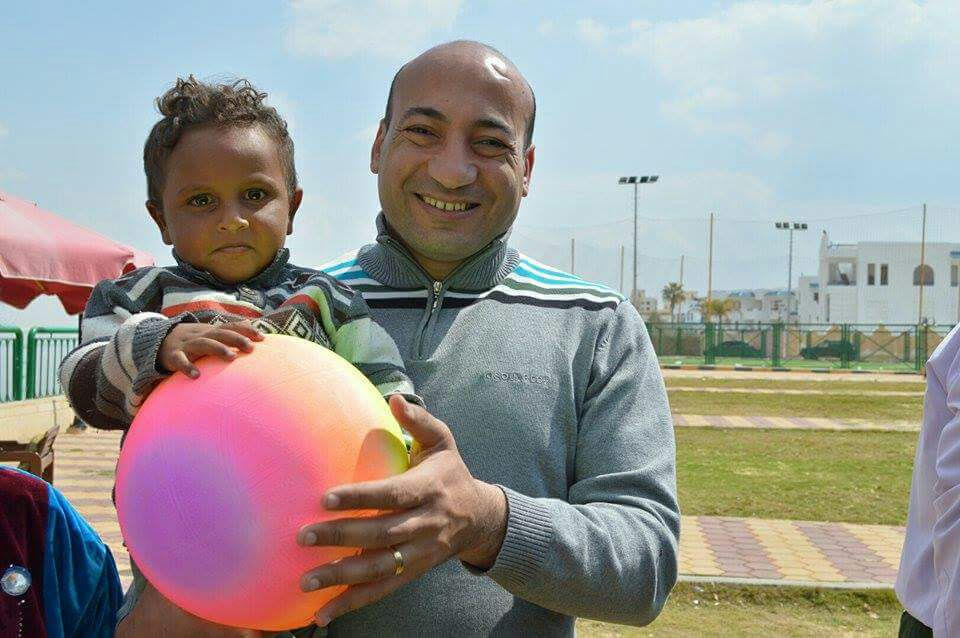 It is not that the relocated Copts do not acknowledge the attempt by the Church and State to ease their pain, but their needs dwarf the aid they get. Those who relocated in Cairo, Giza and Alexandria are bearing the biggest brunt, because the State, they claim, has not provided them with housing. The 40 families who resided in Cairo say that no State representative met them to listen to their plight or try to solve their problems, even though such Arishis who relocated in other governorates were better served by the State.

A serious problem many of the displaced families face is that their ration cards—cards through which they are granted rations of State-subsidised bread and food supplies—which they had back in Arish, have been cancelled. This is especially painful given the high cost of living and their dwindling resources. The Arish families say they tried contacting the local supply bureaux in the districts of their new homes but were told their cards included bugs that needed to be rectified. The Church on its part has repeatedly addressed the Ministry of Supply, and sent many letters urging the ministry to take the matters in hand. Meanwhile the Arish families have to buy bread and basic foods at full price.

Small businessmen face problems with banks, since there were loans they had taken when back in Arish, which they now find impossible to pay seeing that their businesses are no longer operating. “How can we pay back the loans plus the interest on them while our businesses are discontinued?” a female Arishi asked. “Despite an additional grace period of six months,” she said, “how can we pay the money back when we can barely make ends meet?”

Scared to go home and advised by everyone to stay put, the displaced Arish Copts spend sleepless nights worrying about the businesses and property they have left behind. It does not help that they were told by their Muslim neighbours back home that Coptic owned property is being looted and robbed. Many of the families also worry about unfinished business or papers they had to leave two years ago to flee the threats of the Islamists.

This is not the first time Egyptians had to leave their homes and relocate on account of wars. Men and women in their sixties and seventies carry vivid memories of the Six Day War with Israel in 1967 through which Egypt lost the Sinai to Israel, and the following War of Attrition which lasted six years. During that time, the Suez Canal area was a war zone, and all who lived there had to leave their homes and relocate elsewhere in Egypt. It was a painful experience but, thankfully, it came to an end in 1973 in the wake of the 6 October crossing of the Canal by the Egyptian army, a move that led Egypt to negotiate a peace agreement with Israel and fully regain the Sinai Peninsula.

Today, Arish Copts yearn to go back home, and agonise about when they can do so. They reminisce about the peaceful life they used to lead in their small coastal town and compare it, unfavourably, to the hustle and bustle of the big cities they now live in. They miss their neighbours, their small town, the quiet life and the beautiful scenery, yet they do no dare head back home.