Two de-facto village churches in Esna, some 58km south of Luxor on the Luxor-Aswan Road, have been attacked by Muslim villagers once it was known that official moves were being taken towards legalising their status.

The two churches are situated in the villages of al-Kumeira and al-Hleiliya in Esna. Like thousands of other unlicensed churches in Egypt, they had been built decades ago and were illegally used for worship.

For centuries, Copts had resorted to worshipping in places that lacked official licence to hold religious rites since it was next to impossible to obtain such licence. The growing congregation and the natural decline in conditions of existing churches, for which it was also almost impossible to obtain restoration permits, created a dire need for churches. The outcome was that millions of Copts had no option but to worship illegally.

Last March, a Cabinet committee approved the legalisation of 53 churches in six parishes—among them Esna—and last April another batch of 166 churches and church-affiliated buildings were approved for legalisation. The following move was for local building committees to inspect the churches for structural soundness.

When the building committees visited Kumeira and Hleiliya to inspect the unlicensed churches there, all hell broke loose. The local Muslim communities could not accept that their villages would now officially house churches; they waged battle against the churches and the Coptic villagers.

In Kumeira, which originally included no church, Copts worshipped sporadically in a village house since 1985. In 2006, the Diocese of Esna and Armant purchased the place, a 200sq.m. mud brick building with a wooden roof, to use regularly for worship. The place became a de-facto church known as the church of Mar-Girgis (St George), and an adjacent 221sq.m. building was also purchased and used as a guest house and pre-school nursery for children. The presence of the church was no secret; the Muslim villagers were aware it existed and used to visit when invited to weddings of Copts, or to offer condolences during Coptic funerals. 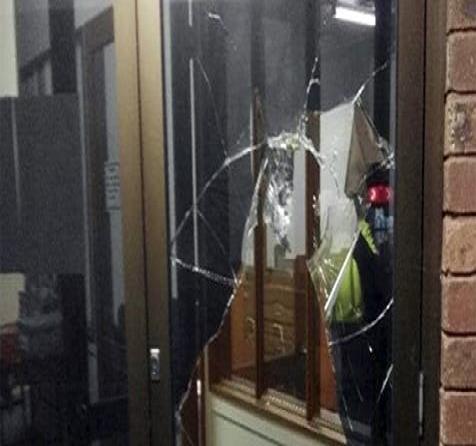 The church of Mar-Girgis in Kumeira was among the first batch of churches approved for legalisation last March. During the last week of March the building committee visited the church for inspection. On Palm Sunday, which coincided with 1 April, more than 300 Muslim villagers started rioting in protest against the church. They blocked the railroad of the sugarcane train, the train that carries the sugar cane cultivated plentifully in the region to the sugar factories nearby; the sugar industry is the single most important activity in Esna. The rioters headed to the Copts’ homes in the village and began pelting them with stones, screaming Islamic slogans and cheering against the church: “Allahu Akbar (Allah is the Greatest),” they shouted, “we’ll have no church down here.” In terror, the Copts kept to their homes; no one could venture outside. The police arrived and dispersed the rioters.

According to Ashraf Shakeer, a lawyer who represents the Church, it took the police till the following day to catch the suspects. They caught eight out of 15 Muslims who were wanted for their part in the riots, but the total surprise, Mr Shakeer says, was that they caught seven Copts whom they took from their homes. All the suspects were charged with disrupting peace, blocking the railroad, causing delay of the sugarcane train, and terrorising the villagers. Mr Shakeer says the Copts were caught even though none of them had left his home during the riots; catching them was a balancing act in front of the Muslims who had to be caught. 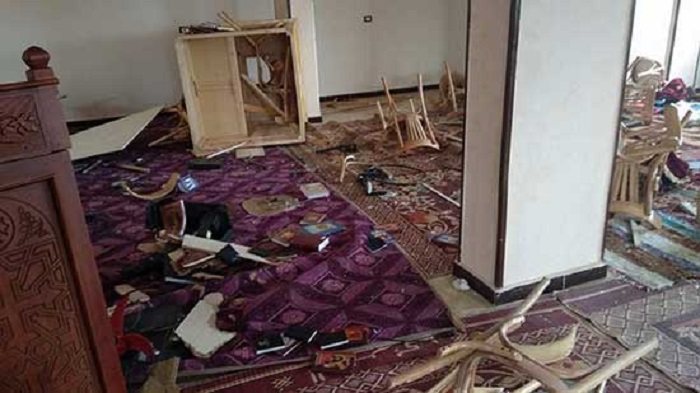 The suspects were held in custody for the customary four-day period which, when expired, was extended two weeks. When a further two-week extension of custody loomed, the Copts succumbed to pressure by the village elders and local politicians to sign a ‘conciliation agreement’ according to which the prosecution would drop the case and release the detainees. “The detention of the Copts was, as intended, the sword of Damocles that hung over our heads,” a Coptic villager who asked for his name to be withheld told Watani. ‘Conciliation’ is a practice frequently used in villages to settle disputes out of court but, in case of Copts, the agreements are invariably unjust, humiliating, and the Copts are forced into them through outright coercion. In case of Kumeira, the coercion came in the form of the detention of seven innocent men.

The Kumeira ‘conciliation’, which the Copts had no option but to sign, declared that the incident was but a dispute and that the two parties had reconciled, meaning they waived all their legal rights. The village Muslims refused to include in the agreement any provision to reopen the church which had been closed by the riots. The Muslim villagers said that the matter would be left to the legal and security authorities. To date, it remains closed.

Ironically, the judge did not recognise the conciliation agreement on procedural grounds, and extended the custody period for the suspects another two weeks.

Mr Shakeer points out that it is unlawful to close any church that has filed for legalisation of status. He deplores the apparent ‘helplessness’ of the law, and warns that if State authorities succumb to pressure by Muslim hardliners, what is to prevent the recurrence of closure of churches-under-legalisation in other places?

“Only Muslim places of worship”

Mr Shakeer’s fears were almost prophetic. A few days after the rioting in Kumeira, scores of Muslims in the nearby village of Hleiliya waged violent demonstrations to demand closure of the village church. The police arrived and brought matters under control. No culprit was caught, and the church remains closed.

Kumeira and Hleiliya churches are no lone cases. Ever since the approval of churches for legalisation by the Cabinet committee, village churches in Kafr al-Wassleen and al-Qababat in Etfeeh, Giza were attacked and closed in the wake of visits by building committees to conclude the legalisation approvals. In case of Kafr al-Wassleen which was site of the first of such incidents, no one could understand the reason for the attack against the church, to the point that a rumour circulated that the attack came in retaliation to the intention of the Copts to install a church bell. But it later turned out to be not so; the real reason was the prospective legalisation of the church.

Other attacks against churches-under-legalisation that led to their closure took place in the village of al-Toud in Qena; al-Hager and al-Naghameesh in Sohag; al-Qusheiri and al-Karm in Minya; and Meinin in BeniSweif. In al-Toud, the Muslims walled off the village district which housed the Copts’ homes and their church, and blocked the passage of the building committee to the church, insisting that no church existed in there, only homes. The Copts were so terrified; they could not confirm to the committee that there was a church inside. They were forced into a conciliation agreement that extolled the “excellent relations between the Muslims and Copts in the village” and insisted the village would only house Muslim places of worship.

For long centuries, Copts had been denied freedom of worship and had suffered persecution which more often than not led to closure of many of their churches for years on end. Nothing can witness to that more than the Coptic hymns and praises of the Holy Virgin which include the appeal: “Oh Holy Mother of God, let the church doors open before the faithful”.

In the 19th century, a time when Egypt was part of the Ottoman Empire, an edict known as the Humayouni Edict was issued by the Sultan; it placed the approval of building non-Muslim places of worship in the hands of the Sultan, the head of State. This edict remained in force in Egypt until some two years ago.

In 2016, the Law for Building and Restoring Churches was passed in Egypt.

In some respects, the law did have a positive outcome in the sense that new churches are now licensed through simple, swift procedures; and old unlicensed churches are gaining legal status. In new towns or developments, land is allocated for churches. On the other hand, some officials insist on demanding harsh unwarranted requirements to approve applications for new church buildings; a flagrant case was an application to build a church submitted by the Copts in the new development of al-Khama’il, west of Cairo, which was rejected on procedural grounds not required by the law. And, as in the cases cited above, the law is violently defied by hardline Muslims in some cases of legalising unlicensed churches.

When the law was passed back in 2016, it bred mixed reactions. Some hailed it as a historic step that finally gave Copts the right to build churches; others saw it as severely flawed; Watani’s Youssef Sidhom called for close scrutiny of the manner in which it would be applied. If it does prove flawed, he claimed, it may be amended.

A few people, however, doubted that the law would bring about full freedom for Copts to worship. As long as hardliners persist, as long as extremists use Qur’anic verses to justify their thought; and given that Copts invariably choose peace over conflict, and the State has to run a delicate balancing act between enforcing the law and upholding social peace, it would be a long arduous path to real freedom of worship for Copts. But the partly positive outcome of the law proves that Egypt has taken its first steps down that long, arduous path. 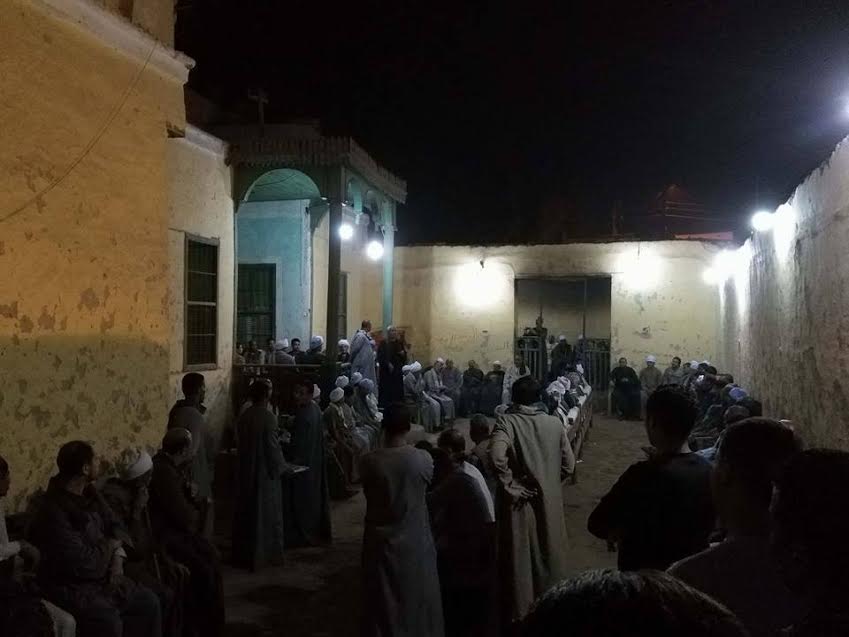