The lawyer of a Coptic woman who had been stabbed in the neck last January and whose case was dismissed by the prosecution, has requested reopening the case.

The prosecution had in February referred the stabber, 38-year-old Mamdouh Ramadan, to the mental hospital in Abbassiya, the major mental health public hospital in Egypt, to undergo investigation. The referral had come upon a request by his lawyer who claimed his client could not be held responsible for his deeds.

When the medical health report issued by the hospital committee which examined Ramadan pronounced him mentally unbalanced and not responsible for his deeds, the prosecution ordered him to be placed in hospital, and dismissed the case last March. Now Ihab Ramzy, lawyer of the Coptic woman Catrine Ramzy who is in her late forties and lives in the Giza district of Warraq, has order a reexamination of Ramadan’s mental health by a different committee.

Mr Ramzy based his request on a claim that the committee members who examined Ramadan had “other loyalties” and were biased [in his favour], and that police investigations had revealed that Ramadan belonged to a terrorist group and harboured extremist thoughts. The lawyer said that the stabber had committed a similar crime against another Coptic woman from the same neighborhood in 2017, and was convicted and sentenced to six months in prison.

On 11 January, a fanatic Muslim attempted to slit the throat of a Coptic woman in the Giza district of al-Warraq. The woman, Catrine Ramzy, in her late forties and a mother of four daughters, was walking on the street to shop for household needs when a man in a white jilbab passed her. The next thing she knew he was holding her from the back, covering her eyes with his hand, and trying to slit her throat with a cutter, saying that she should know better than to leave her hair uncovered [meaning he was killing her because she was not wearing the Islamic headscarf]. It was a very cold evening, and Ms Ramzy was wearing a thick shawl around her neck; it was this that saved her life. Her assailant, Mamdouh Ramadan, apparently sensing he could not get any further with the cutter, pushed her away and started to flee. But Ms Ramzy called on the passers-by to catch him; they saw the blood the had started trickling down her throat and rushed to her help, while others caught Mr Ramadan and handed him to the police.

Official investigations revealed that Mr Ramadan suffers mental and psychological problems, and has been in and out of mental hospitals since 2006. Two years ago, he attempted to slit the throat of another Coptic woman, and spent time in prison for that. He did a number of attempts at self-destruction, but survived.

Three days following the stabbing incident of Ms Ramzy, another stabbing incident took place in the northeast Cairo district of al-Marg by the bearded Muslim Muhammad Awad, 32, against the Copt Rafiq Karam, 56. Cursing Christians and branding them “sons of Lot”, Mr Awad tried to slit Mr Karam’s throat with a cutter, and ended up causing him a 7-centimetre gash from the ear to the front of his throat. Locals rushed Mr Karam to hospital, caught the stabber and handed him to the police. He was later referred to criminal court; the case against him is still in court. 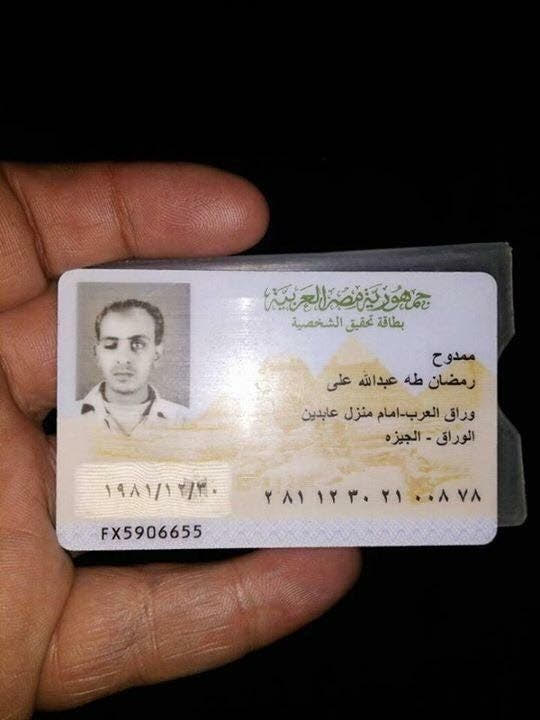