Last week, visitors that included high-ranking Egyptian officials as well as a number of ambassadors to Cairo, gathered at Tuna al-Gabal in Minya, some 250km south of Cairo, to listen to Ministry of Antiquities officials announce a significant discovery. Participating in the event were Khaled al-Anai, Minister if Antiquities; Rania al-Mashat, Minister of Tourism, Qassem Hussein, Minya Governor; and Mustafa Abdel-Nabi, President of Minya University.

Archaeologists from the Antiquities Ministry and Minya University had jointly uncovered a tomb that dates back to the late Pharaonic period and the Greco-Roman era, and that contained 50 mummies. Forty of the mummies were on display for the visitors to see.

The mummies, 12 of which were of children, had been discovered inside four 8m deep burial chambers in the ancient necropolis at Tuna al-Gabal archaeological site.

Secretary-general of the Supreme Council of Antiquities, Mostafa Waziri, said the identities of the mummies were still unknown. He said no names were found inscribed in hieroglyphs, but that the manner in which the bodies had been mummified indicated that they had held significant posts when they lived. Some of the mummies were found wrapped in linen while others were placed in stone coffins or wooden sarcophagi, some covered with cartonnage.

Following the announcement event, Minya Governor joined the ministers of antiquities and tourism and President of Minya Universities in going underground for a tour of the tombs. 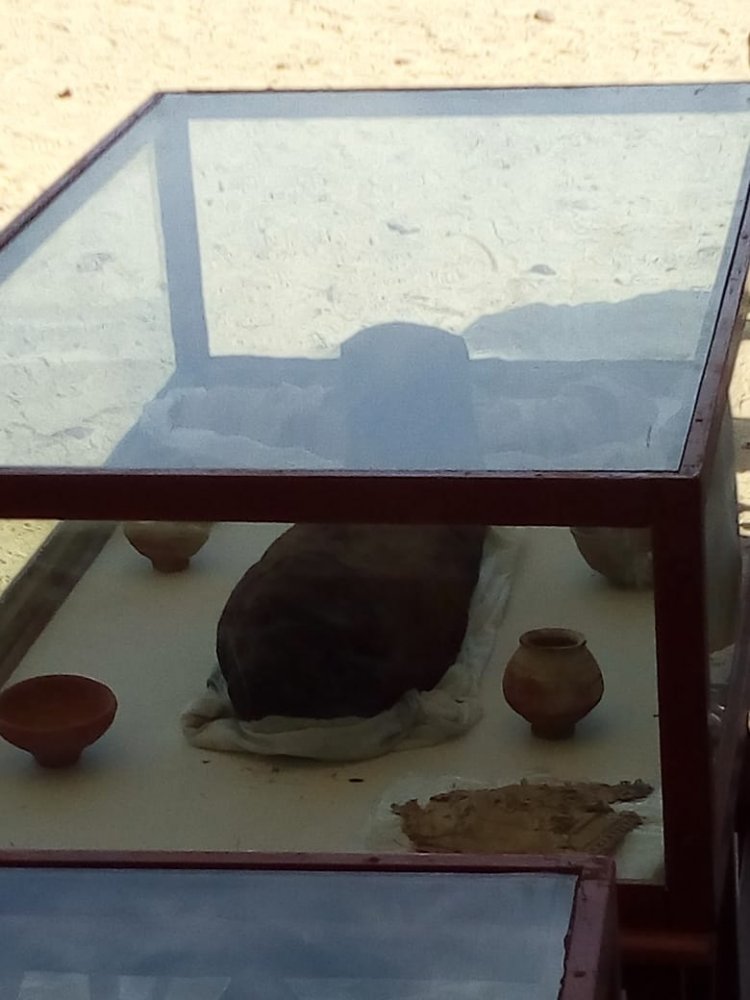 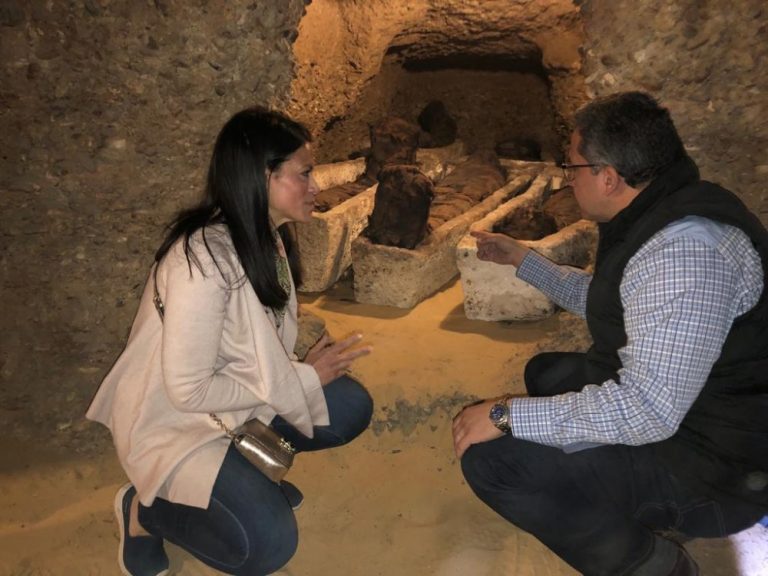 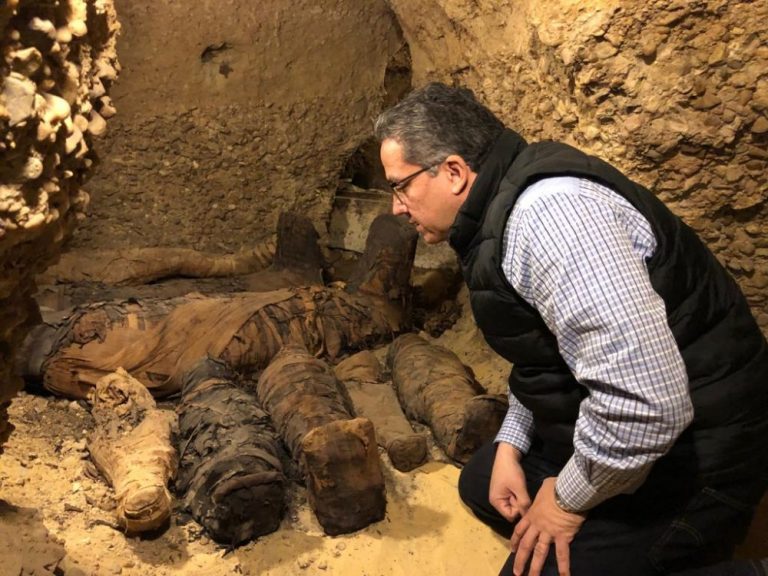 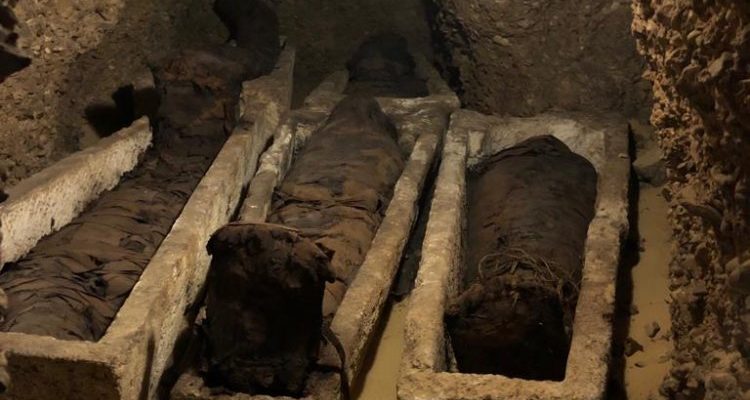