The 12th Cairo International Animation Forum (CIAF) 2019 set off on 21 February and runs till 1 March. The forum is held by Egypt’s Cultural Development Fund in collaboration with the Egyptian Animation Society, under sponsorship of Egypt’s Culture Minister Ines Abdel-Dayem.

The forum was launched by opening an art exhibition at al-Hanager Art Centre where artworks of the honourees and other animation artists in Egypt were displayed. The opening was followed by screening the animation film “al-Burg” (The Tower) by Norwegian director Mats Grorud.

Produced in 2018, the 74 minute-film is a joint production between Norway, Sweden and France, and has already taken part in Arab and international festivals, including the 40th Cairo International Film Festival. It centres on the drama of a Palestinian refugee family in Beirut through the eyes of an 11-year-old girl. Grorud depicts how Israel’s creation in 1948 resulted in the forced displacement of a quarter of a million Palestinians, most of whom have never returned to their homeland. Using mixes claymation and 2D techniques, the film details the 1982 Lebanon War and the deadly attacks on Palestinian refugee camps.

According to Fathy Abdel-Wahab, head of the (CDF), this year’s round features participation of 121 animation films from 20 countries: Arab, African and foreign countries that include Oman, Saudi Arabia, Guinea, Cameron, Algeria, France, Russia, Germany, Austria, Italy, Denmark, and China. 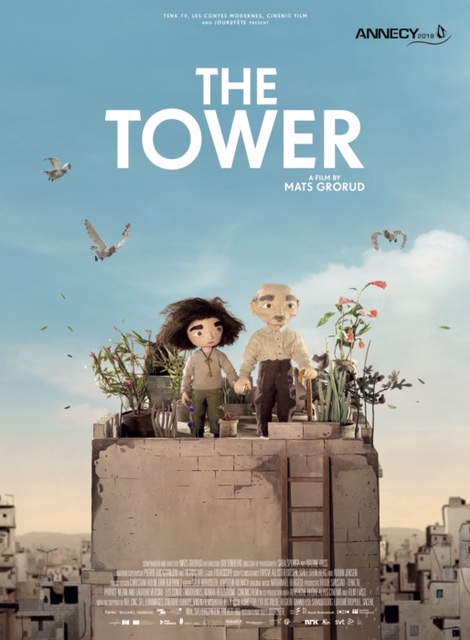