“Bahiya”, literally “The Splendid On, is a feminine name and adjective commonly used to denote Egypt. It was the theme title of a sculpture exhibition that ran from 30 September to 9 October, and displayed artworks by Egyptian sculptor Girgis al-Gawli at Nout Art Gallery in Zamalek. 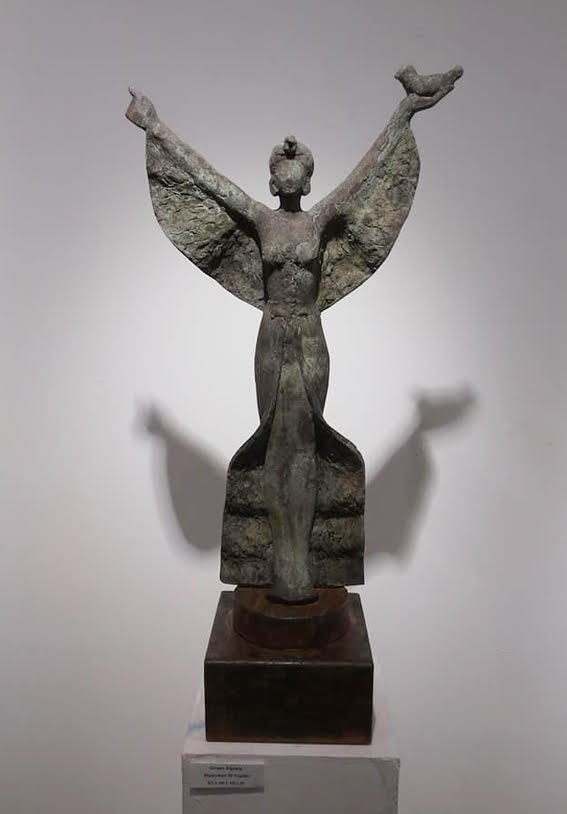 Dr Gawli says he looked to ancient Egyptian sculpture for inspiration; the most important feature of which is firmness, solidity, and impressive mass.

“Because there is a purely academic contradiction between the concepts of heritage and modern trends through which the artist attempts to breaks up with the old, it is always difficult to depict heritage in a modern way,” he noted. 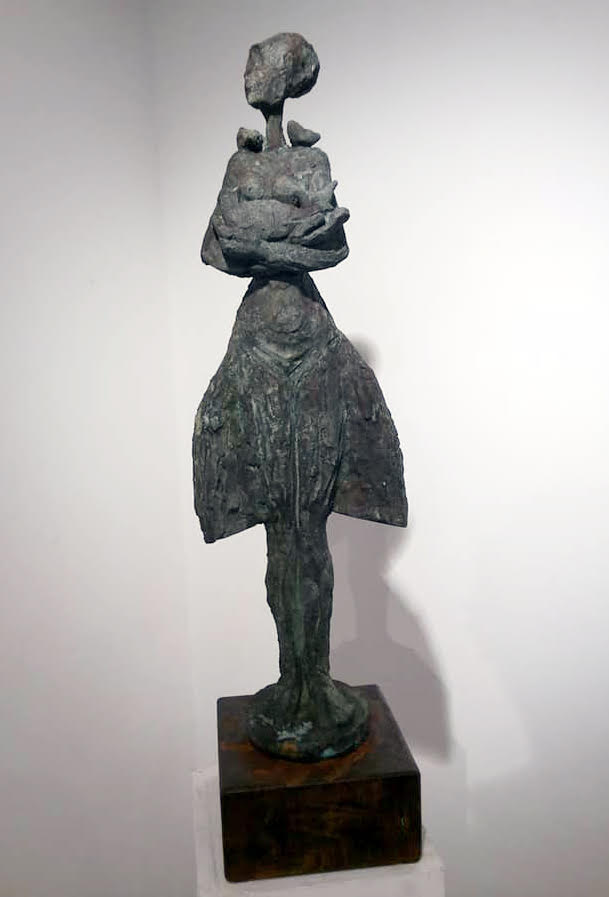 Commenting on a few of his sculptures, Dr Gawli explained that the “Woman with a cat face” was inspired by the depiction of cats in ancient Egypt. “A cat in ancient Egypt was a symbol of femininity and, to this day the expression ‘she’s a cat / kitten’ is used to describe a small, pretty woman,” he noted. “In general, animals’ heads were frequently placed on human bodies in ancient Egypt to denote specific features of that animal that could define the human. I tried to take inspiration from that, especially where shape and content are concerned,” he said. 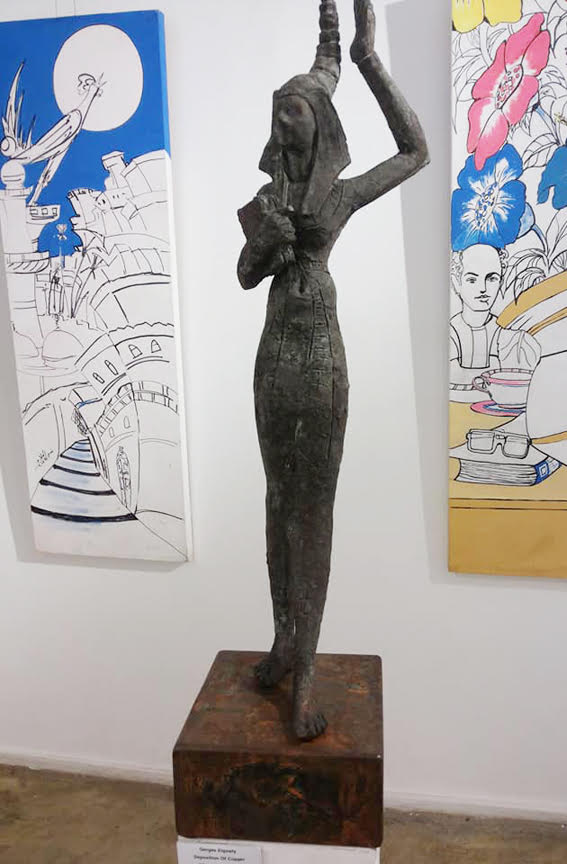 “Akhenaten hugging doves” is another sculpture Dr Gawli commented on. “I depicted the Pharaoh Akhenaten (1353 – 1336BC), famous as the father of monotheism and promoter of peace, closely holding doves, the symbol of peace,” said.

Given that he grew up in Minya, some 250km south of Cairo, and now lives there, it is no surprise that Dr Gawli was influenced by the ancient tombs and monuments at Tel al-Amarna in present-day Minya. Amarna was the capital city and seat of Akhenaten and it is believed he and his family are buried there. 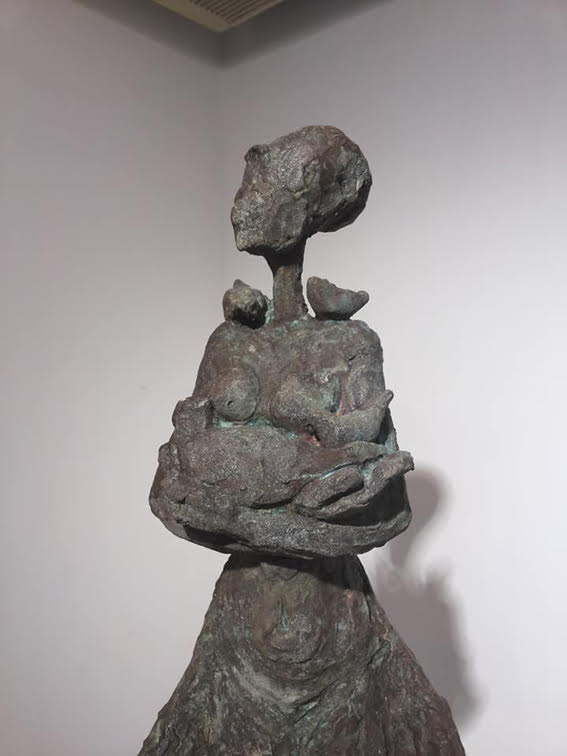 Dr Gawli is assistant professor of sculpture at the Minya University’s College of Fine Arts. Since 1995, he has held a number of solo exhibitions; 11 of which at Abdel-Salam Sherif art gallery in Minya. He also took part in collective exhibitions and artistic activities.

Dr Gawli created sculptures for the 1997 performance of Opera Aida at Hatshepsut’s majestic mortuary on Luxor’s West Bank. His works already stand in a number of towns in Egypt, and have been acquired by individuals inside and outside Egypt. 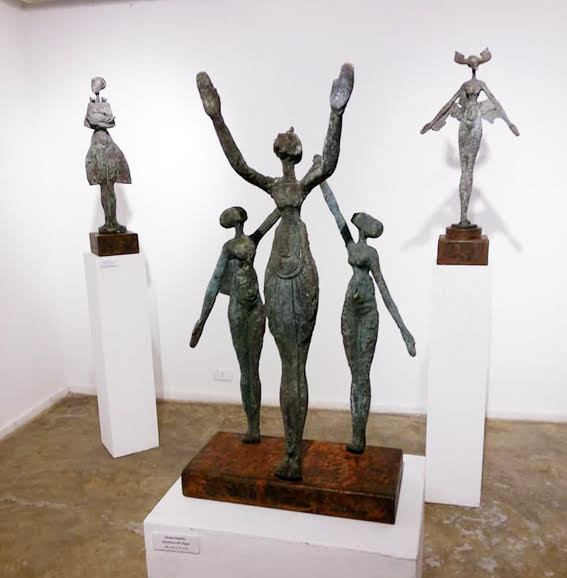 The art of sculpting has been known in Egypt since predynastic times. Ancient Egyptians perfected the art, masterfully carving the hardest stone, such as diorite, granite and basalt. 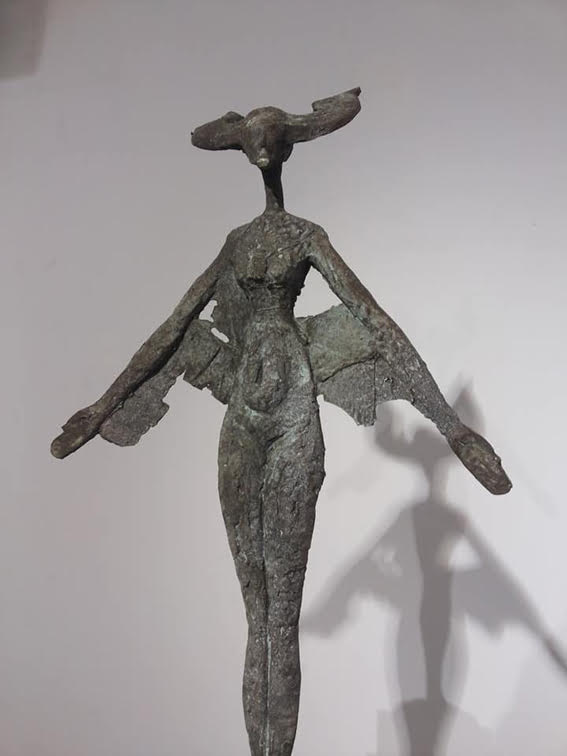 The whole world has been fascinated by the creations of ancient Egyptian artists: the majestic temple pylons and columns, the commanding statues, and the slender obelisks rising to reach out to the sun god. Most international museums: the Metropolitan in New York; the Louvre in Paris; the Vatican and the British Museum all display treasures of Egypt’s heritage. 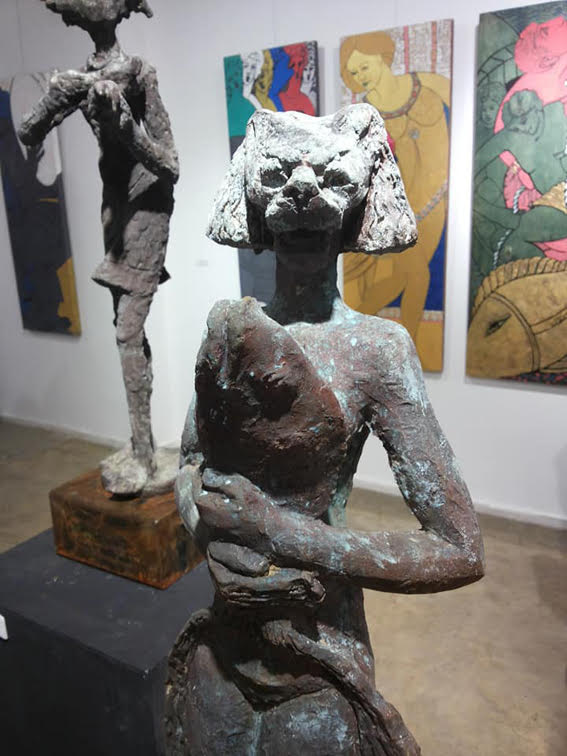 Since it was established in 1908, the School of Fine Arts in Cairo has turned out generation after generation of talented young artists. Among those who excelled and carved their names in the history of sculpture was Mahmoud Mukhtar (1891 – 1934) who is defined as Egypt’s foremost sculptor and whose statues grace squares in both Cairo and Alexandria. Mukhtar revived the art of ancient Egyptian sculpture after decades of decline which many attributed to the fact that statues are frowned upon in Islam, seen by Muslim fundamentalists as idols. His famous “Nahdet Masr” (Egypt’s Renaissance) stands majestically on the Nile bank in Giza, marking the beginning of the wide palm-lined boulevard that leads to Cairo University, Egypt’s first university founded in 1908. Egypt’s Renaissance features an Egyptian peasant woman raising one hand and looking into the horizon while the other hand rests on a rising sphinx. Following Mukhtar’s Egyptian-inspired creations came those of another talented generation that included Mahmoud Moussa, Abdel-Qader Rizq, Gamal al-Segieny, Abdel-Qader Mukhtar, Sobhy Girgis and Adam Henein.