The annual Cairo International Book Fair (CIBF) has taken off at the new Fair Grounds in the east Cairo satellite town of al-Tagammu al-Khamis. As always, it coincides with mid-year holidays for most schools and universities, running for the two weeks from 22 January till 4 February. Since its golden jubilee last year, the CIBF moved from the old fair grounds in Nasr City to the sprawling, 45,000sq.m new grounds. And just in case anyone finds it too far to access from central Cairo, the government has assigned special shuttle buses at key collection points to carry visitors every 15 minutes to and from the fair. 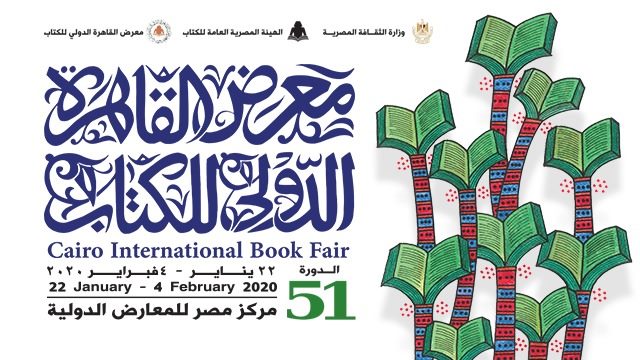 Given that Egypt was President of the African Union for 2019, meaning enhanced interest in everything African, Senegal has been chosen as this year’s CIBF guest of honour. 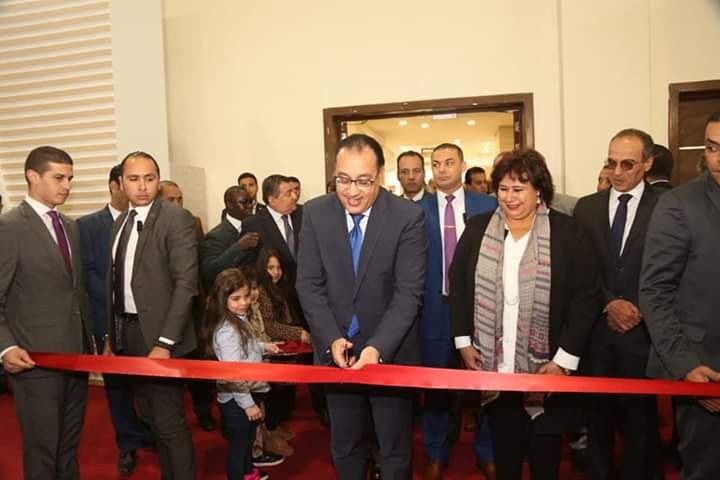 Person of the Year is Gamal Hemdan (1928 – 1993), an Egyptian geographer who was a veritable polymath with a unique vision. His magnum opus, “The Personality of Egypt, A Study in the Genius of the Place”, which took a decade to complete, overshadowed his other meticulous works that spanned over four decades. The four-volume encyclopaedic work published in 1985 encompassed every political, economic and, above all, human aspect of Egypt and the events that developed the character of its inhabitants. 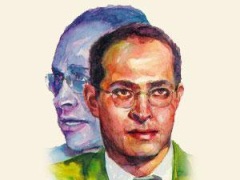 It is widely regarded as the most comprehensive and accurate account of natural, environmental, economical and anthropological factors which created what Dr Hemdan defined as the geography of the most ancient nation-state in history. 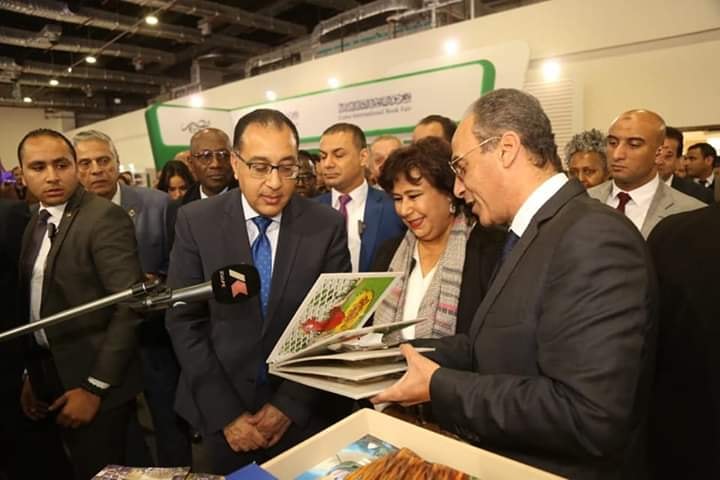 Over its half-century history, the CIBF has gained a reputation for being a mammoth cultural event. Cultural activities include seminars, workshops, debates, book critiques and signings, film screenings, children’s interests, and others. Add to that the huge book sales to the public who is usually delighted to have a kaleidoscopic variety of books available in one place.

With Africa occupying a place of honour on the Egyptian scene, a number of seminars focus on the continent. Among them: “Egypt Africa .. Culture of Diversity”; “Investment and Development in Africa …a Future Vision”; and “African Literature …Linguistic multiplicity and Identity constants”.

Senegal as guest of honour features in a programme that includes Senegalese literature in French and vernacular language; novels and short stories for children, as well as a Senegalese folk dance group. 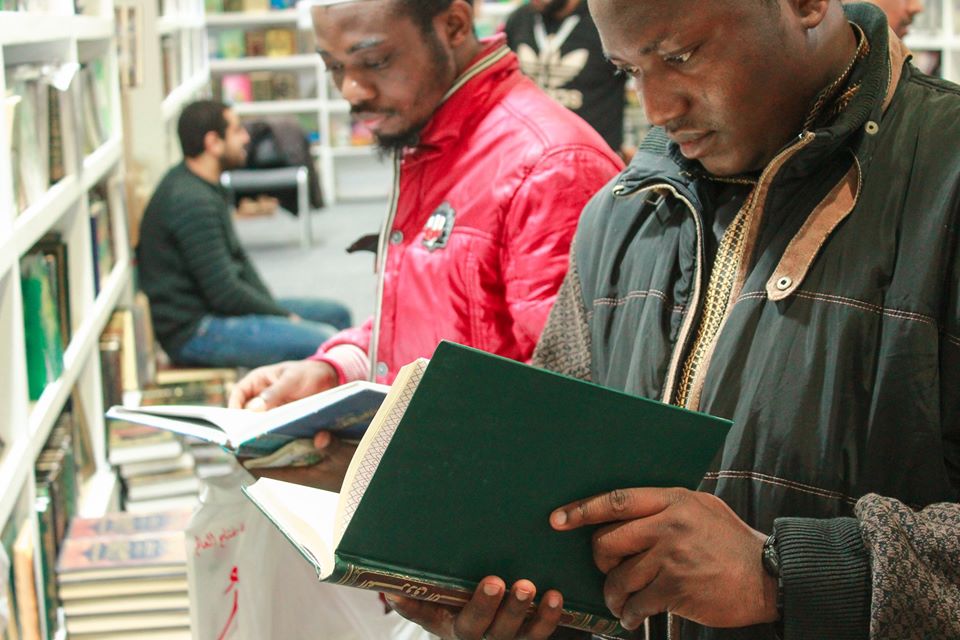 The Senegal programme celebrates Léopold Sédar Senghor (1906 – 2001), renowned Senegalese poet, politician, and cultural theorist who founded the Negritude movement, describing it as “the sum of the cultural values of the black world as they are expressed in the life, the institutions, and the works of black men.” Negritude was an assertion of distinctive African aesthetics and characteristics; a nostalgia for the traditions of the past and a champion of Pan-African values.

For two decades starting 1960, Senghor served as the first president of Senegal. Personally, Senghor inspired a country, a continent, a race.

Open dialogues are held daily with a number of Egyptian and non-Egyptian figures who each has outstanding contribution in their respective fields of interest. Among them are Ndileka Mandela (born c. 1965), social activist and granddaughter of Nelson Mandela; Rasha Kelej, CEO of Merck Foundation and among the 100 Most Influential Africans recognised by New Africa Magazine for 2019; Egypt’s Culture Minister Ines Abdel-Dayem who in 2013 took over the cultural scene in Egypt from under the Islamist post-Arab Spring thought to its current enlightenment outlook. 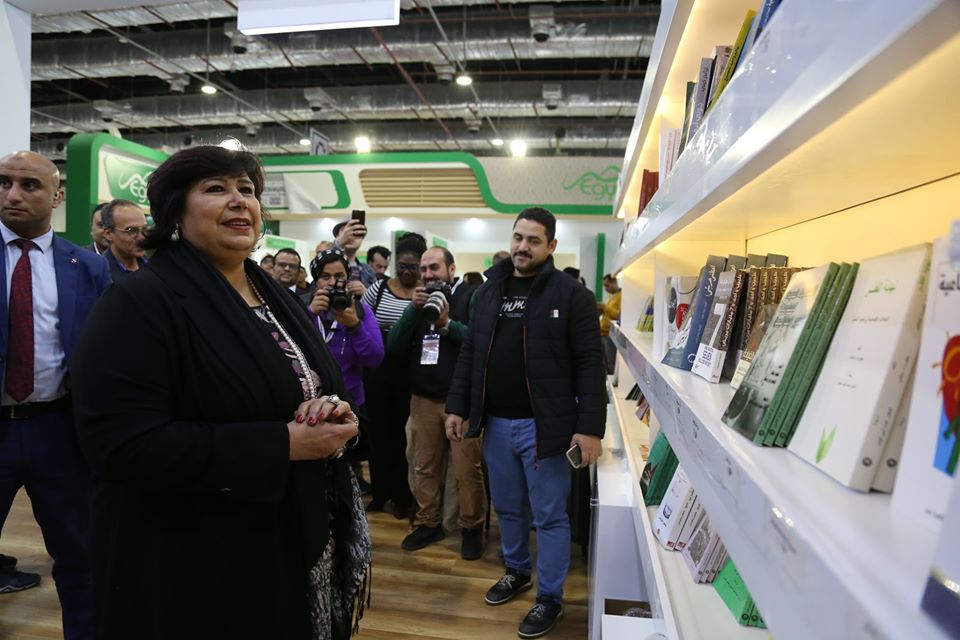 There is also Muhammad Mukhtar Gomaa, Egypt’s Minister of Endowments, who has become a leading figure in charity and development work; Egyptian Education Minister Tareq Shawki who is implementing in Egypt education reform that is nothing short of revolutionary; veteran actress Samiha Ayoub; and film director Yusri Nasrallah; as well as Egyptian German tunnel construction legend Hany Azer.

One axis of discussion relates to 2020 marking the centenaries of nine Egyptian figures whose thought and works were instrumental in enriching Egypt’s modern culture. These figures offered valuable cultural input on various fronts: writing; philosophy; theatre, filmmaking, and music; politics; economics; and military. 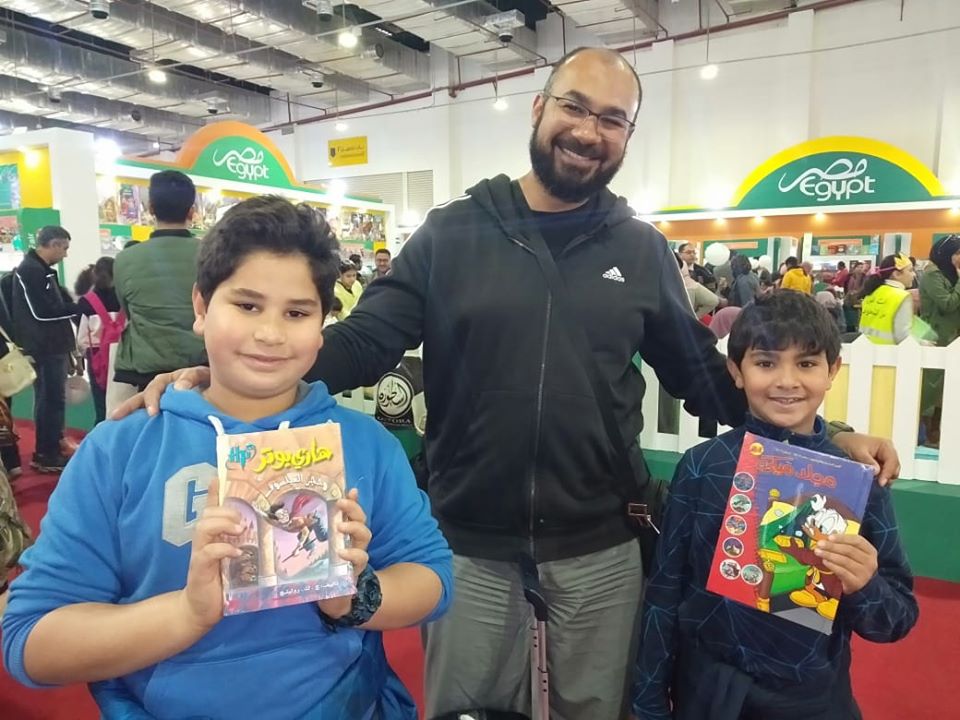 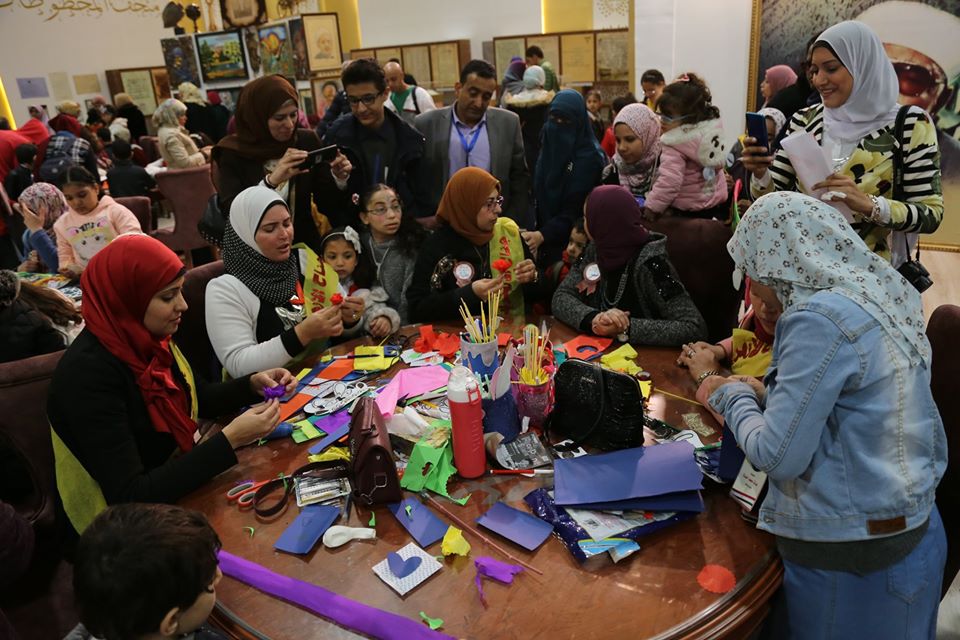 Other axes hinge on youth and digital and new media, feminist literature, and ethnographic literature.

Under the theme title of “Arabic Creativity”, creativity confluence this year tackles several issues, such as digital writing horizons; philosophy and the future of Arabic criticism; and Arabic theatre from script to play, and many others. 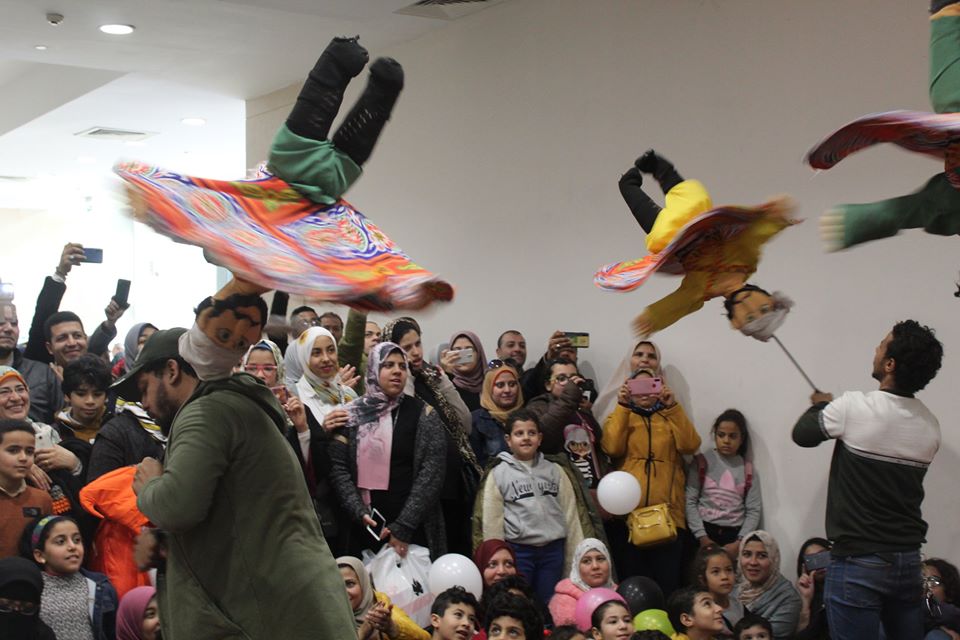 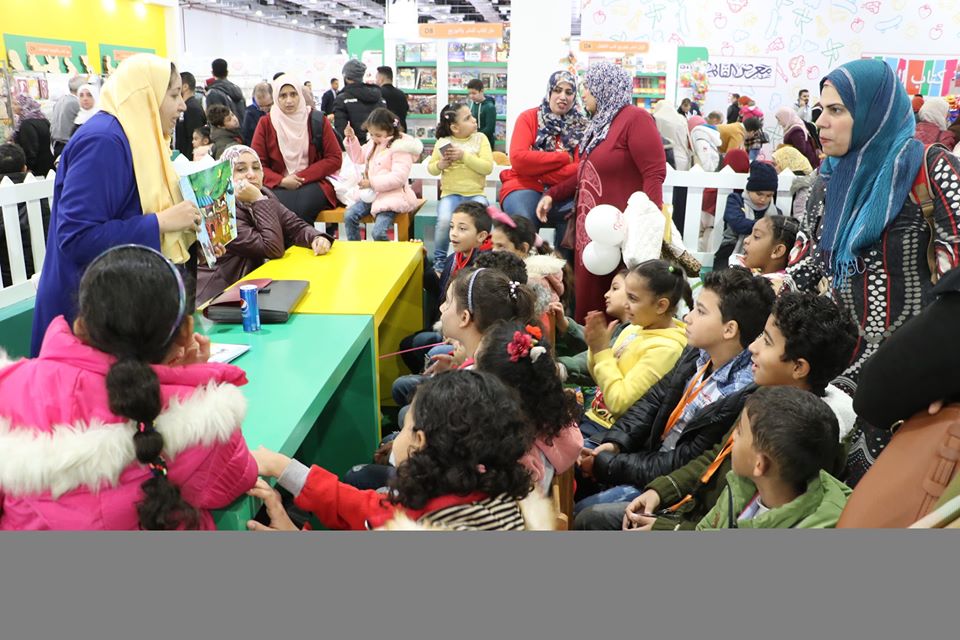 In coordination with Storytel company, this year’s fair features the seventh—and the final—volume of Harry Potter’s series under the title of “Harry Potter and Deathly Hallows”; by J. K. Rowling.

The annual book fair has always catered for children, famously running during their mid-year school holidays. Cairo children traditionally look forward to a visit to the fair, a daylong outing that offers fun, activity, and books. 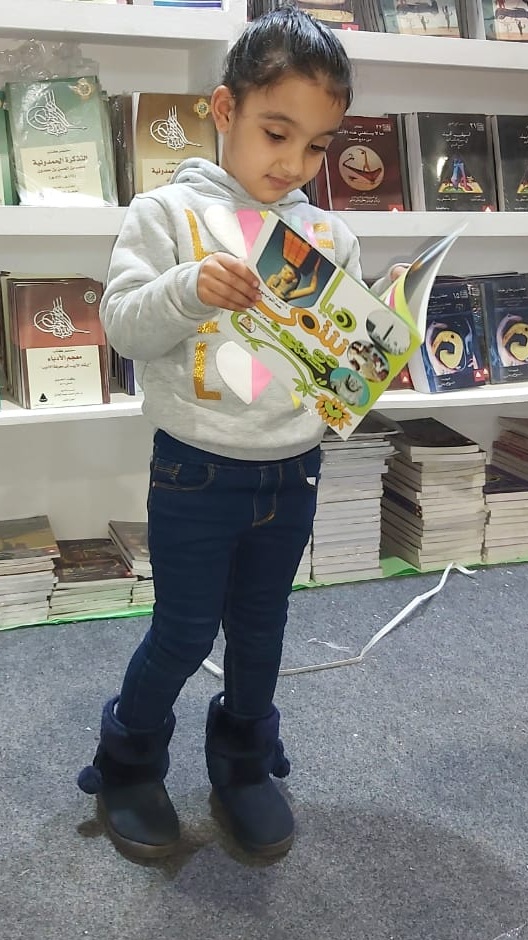 This year’s fair features a whole pavilion for children that offers them absorbing activities to their hearts’ content. Among these are workshops on art, literature, the environment, entertainment, and history. Others focus on drawing and ceramic colouring, “Make your own toy”, recycling, making African masks, and learning about hieroglyphs. Aiming to spread the culture of integrating children with disabilities, interactive workshops are held in cooperation with the National Council for Persons with Disabilities. “How to” workshops taught the little ones how to discover their literary skills, how to write a script, and how to foster a positive attitude. There is also, of course, a quiet reading corner.

A first for the Cairo International Book Fair is the launching of “Cairo Calling”, a programme concerned with the publishing industry and translation rights, during which private publishing houses from around the world meet Egyptian publishers to review recent publications and discuss possibilities of translating them into other languages.

The fair, being concerned primarily not only with books but with everything cultural, features art contests, and folk music and dancing. Shows include performances by folkloric groups from Senegal, China, Russia, and the Egyptian al-Semsemiya from the Suez Canal area of Ismailiya. 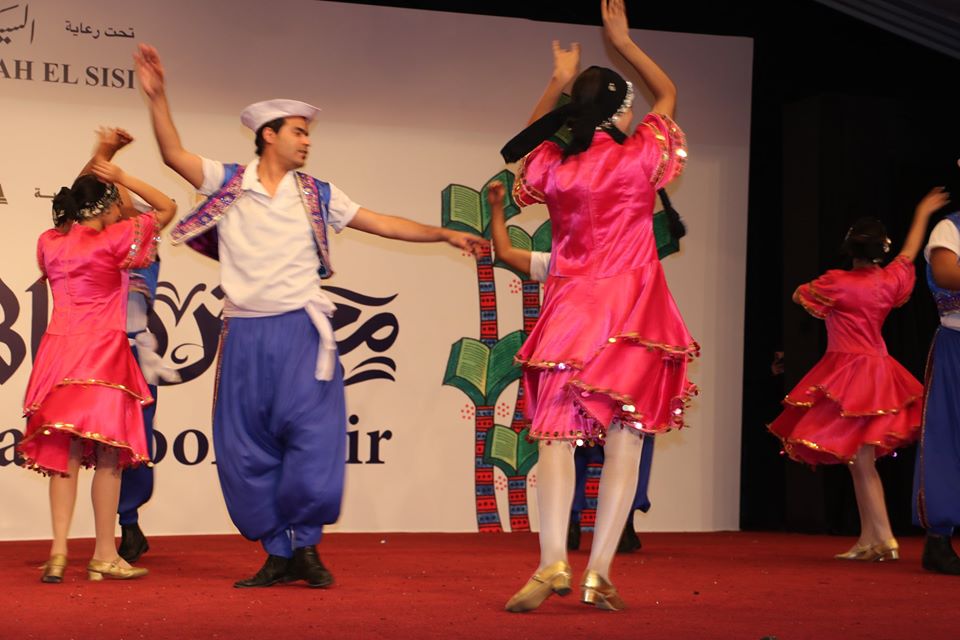 Upon a suggestion by Egyptian youth, a new initiative was launched by the CIBF this year. A number of Egyptian public celebrity influencers were chosen as ambassadors to the fair, to represent and promote it. This year’s ambassadors are: Artist al-Sayed Ahmed Mustafa; Archaeologist Zahi Hawass; veteran Egyptian actress Samiha Ayoub Egyptian footballer Mahmoud Trezigeh; and Egyptian-German construction engineer Hany Azer.

Person of the Year

The CIBF celebrated its Person of the Year 2020, Gamal Hemdan, by naming a hall after him: the Gamal Hemdan Hall, where seminars are held about him, his exceptional works, and his remarkable contribution to Egyptian scholarship and culture. 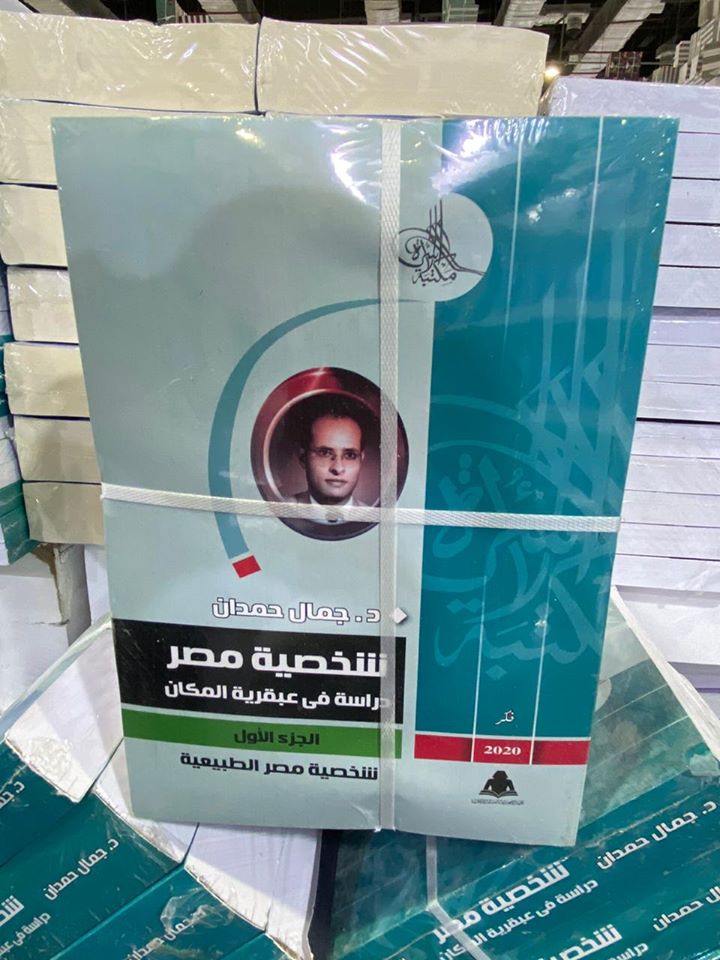 Hemdan was born in 1928 in Qalyubiya, some 50km north of Cairo. He earned a degree in Geography from Cairo University, graduating with honours in 1948, and was appointed staff member in the University’s Faculty of Arts. From there, he took up a scholarship at Reading University in England where he went on to obtain masters and doctoral degrees. His MA thesis, “Population of the Nile Mid-Delta; Past and Present”, was highly commended by his professor who believed the thesis was eligible for a PhD. This he obtained in 1953, and was then appointed as lecturer back at Cairo University. On his return he found great changes taking place in the Egyptian society following the 1952 Revolution which, a year later, overthrew the monarchy and turned Egypt into a republic. He was looking forward to making a positive contribution to the development of society through his intellectual and scientific input but, with his highly sensitive disposition, he found he was unable to cope with the ‘political correctness’ that had come to dominate universities and negatively affect academic activity.

In 1959, Dr Hemdan was awarded the Egyptian State Incentive Prize for Arts and Letters, but refused to accept it because he felt that others who did not deserve that honour had been awarded that prize before him.

In 1963, Dr Hemdan resigned his post at the university in protest for not being given a due promotion. After that he lived in seclusion and dedicated his life to writing and research.

Dr Hemdan won several scientific prizes and merit awards, but refused to accept them all. These included the State Incentive Prize for Arts and Letters in 1959, the State Merit Prize for Social Science in 1986, the Scientific Criticism Award from the State of Kuwait in 1986 and the Order of Merit of the First Class for Science and Arts in 1988. He was offered but declined the presidency of Kuwait University, and was nominated for the post of permanent Egyptian delegate to UNESCO but preferred to withdraw from the hustle and bustle of public life. He chose to live in voluntary, almost hermit-like seclusion; his self-imposed solitude providing him with the right atmosphere for uninterrupted free meditation, research and innovation.

In his works, Dr Hemdan adopted a multi-disciplinary approach, encompassing geography, history, sociology, politics and culture. His writings clearly manifest a unique wealth of knowledge, an immense power of meditation and observation and a distinct, devoted affection for his country. He viewed geography both as a science, an art and philosophy. Geography, he believed, was a tool to induce and take inspiration from the spirit of place to reach an accurate scientific definition of its characteristics.

His profound sense and knowledge endowed him with a futuristic outlook. He predicted several events, which, he thought, were compatible or incompatible with the facts of geography. Chief among these was his prediction of the disintegration of the Soviet Union.

Genius of the place

Dr Hemdan stressed Egypt’s uniqueness and singularity of geography and history in terms of time and place. Through his exceptional sense and extensive knowledge, he could delineate and interpret the Egyptian personality as influenced by location, geographical considerations, and history. His “The Personality of Egypt, A Study in the Genius of the Place”, elaborately expounded on every imaginable geographical aspect which shaped the national peculiarities of the Egyptian character over the ages. The work was the product of 10 years of dedicated effort during which he used 245 Arabic and 691 foreign language references.

Dr Hemdan left behind a rich legacy of writing in both Arabic and English, including 29 books in Arabic and eight in English, in addition to 79 research papers and articles.

He passed away in 1993, alone in his Cairo apartment, unmarried and childless.