Back to The Square

The best thing about documentaries is that they bring to life the treasured dream of making time stand still. This is precisely the challenge that the brilliant film director Jehane Noujaim achieves in her Oscar-nominated documentary The Square.
The Egyptian-American production is a brilliant depiction of the revolutions of 25 January 2011 and 30 June 2013 seen through a breathtaking intertwinement of political change and human emotions. The film lasts for 95 minutes.
The Square is the story of the three phases of Egyptian people’s revolution. The first phase depicts the 25 January Revolution that brought about the downfall of the Mubarak regime; the second highlights the crimes committed during the transitional period until the Muslim Brother (MB) President Mursi took office; and the third shows the 30 June Revolution which overthrew Mursi.
Four revolutionaries
The documentary follows four Egyptians who took to Tahrir Square through all three phases of the revolution. The narrator, Ahmed Hassan, is a young man with genuine ideals who reflects his country’s dreams and agonies; Khalid Abdullah is a British-Egyptian actor and filmmaker who came to Cairo to join the revolution; Magdi Ashour is a member of the MB; and Aida al-Kashef is a female activist. Other characters who appear in the film, including strategic analyst General Hamdi Bekheit, add asides or offer a point of view often different from the one supported by the main protagonists.
Most of the film was shot in Tahrir Square, and covers both the initial days of the revolution and the subsequent events. According to Hassan, the revolution started when “the entire Egyptian people joined together to fight injustice, illness, corruption, and ignorance.” The camera captures this unity of all Egyptians, Christian and Muslim, during this stage of the revolution.  It also shows that many MB members took part in the revolution from day one, not as members of the Brotherhood but as individuals; a fact confirmed by the MB supporter Magdi Ashour. The documentary lays some blame on the revolutionary youth for having left Tahrir Square before all their demands were met, an opinion voiced by Hassan and his group.
Complete change
The Square moves on to spot and reveal the mistakes of the transitional period, including the holding of parliamentary elections before a new constitution was drafted. It also exposes the speed at which the MB abandoned the revolutionaries’ side and hijacked their revolution. In many instances Hassan expresses his anger over the MB’s “dirty tricks”, while Ashour defends himself by saying that this was not the general attitude of MB members but rather that of their leaders. His argument does not come over as convincing.
The documentary covers the Maspero massacre, in which Copts who were taking part in a peaceful march were killed by army vehicles, and it exposes the lame argument of the military spokesman who claimed that it was the protestors who started attacking the armed forces. The film clearly shows the people’s general anger at the army at that time; a sentiment expressed by Hassan with the words: “The army protected Egypt but betrayed the revolution.”
The documentary highlights events that took place in Etihadeya on 5 December 2012, when non-MB protestors were brutally beaten and tortured in front of the Presidential Palace for protesting against Mursi.
All this fuelled outrage, and millions of Egyptians took to the streets on 30 June 2013 calling for the overthrow of Islamist president Mursi.
Hassan’s view of the army would change completely in June 2013. That was when the military stood by the people in their demand to end Mursi’s MB rule after a year of Islamist dictatorship so detested by the people that an Egyptian on the street says the Islamists’ behaviour makes him “ashamed of his Islam.”
Fear of ‘the old days’
The film allows space for Islamists to express their views. A pro-Mursi woman defends him by saying that he has not been given enough of a chance, while Magdi Ashour’s immense fear of returning to the old days when he was frequently imprisoned and tortured for being a member of the MB makes him head to Rabea Square to take part in the Islamists ‘anti-coup’ sit-in.
The film depicts the clashes at the Republican Guards’ headquarters in July 2012 during which members of the MB were shot, allegedly by the army, for attempting to storm a military compound. The clashes are depicted from the MB point of view and give weight to Hassan’s condemnation of the killing of the MBs as an uncontested truth, which is debatable. It might have been more balanced if the documentary had given space to discuss the events using arguments and counter arguments. 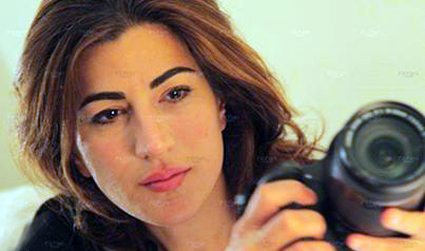 Never banned
The director Jehane Noujaim and the professionalism with which she created this film have been highly commended, not only in the Oscar nomination but also in the awards it has already received at international festivals. The Square has already received the Audience Award at the Sundance Film Festival 2013 and the People’s Choice Documentary Award at the Toronto International Film Festival 2013.
This takes us to the rumour widely circulated on the western online media that the film was banned in Egypt. According to the head of the censorship board Ahmed Awaad, the board received no request for approval of the public or private screening of the film in Egypt, and could thus have never banned the film. The only relevant request the censorship board had received, according to Mr Awaad, was for screening the film on the European Film Panorama, for which approval was granted. The film, however, was not sent to the Panorama on time and was thus never screened.
In November 2013 The Square was acquired by Netflix, as a result of which any version that exists on Youtube is illegal and is usually blocked for copyright reasons. However, it is interesting to note that a new version of the film has appeared on Youtube. The new version is shorter and appears to have been edited by Islamist sympathisers who have removed scenes showing the MB and Muhamnad Mursi being attacked. Anyone watching the film online must make sure that it is the original version which lasts almost 95 minutes, and not the illegally edited version.
Oscar nomination
Among Egyptian critics, however, not everyone is happy with the film. The film’s technical and artistic value is beyond contest, but it has come under fire for what many claim to be political bias. Through giving uneven exposure to the various events on the Egyptian scene, the military are cast in an ultra-negative light. Not many in Egypt appear able to shake off the feeling that, had this not been the case, and given the US’s stance against what it touts as the military-backed policy in Egypt, the film might not have found its way to an Oscar nomination.
All said, however, there can be no two opinions that The Square is a real gem worthy of acclaim.
WATANI International
9 February 2014