Tahrir Square may be the throbbing heart of Cairo. It is arguably the first spot that comes to mind when one speaks of modern Cairo and has been at the centre of historic events in Egypt’s modern times.

Tahrir, however, did not get into the spotlight of global attention till 2011 when Egyptians demonstrated there in what became known as the Arab Spring, to demand democracy; then again in 2013 when millions of them converged on the Square to demand freedom from the post-Arab Spring Islamist rule. But even much earlier, Tahrir Square witnessed Egyptian revolutions: in 1919, it was the scene of a nationalist revolution that saw Egypt’s first feminists join the protests and publicly take off their veils, and in 1952 it saw public support for a revolution that turned Egypt from a monarchy to a republic.

Tahrir Square, denoted by Cairenes merely as “Tahrir”, includes many significant landmarks: the Egyptian Museum, the Mugamma government building, the Headquarters of the Arab League, the 19th-century palace of Ahmed Khairy Pasha that today houses the downtown campus of the American University in Cairo, another 19th-century palace that belonged to al-Amir Kamal Eddin Hussein and which used to house Egypt’s Foreign Ministry, and the Nile Hotel.

Jewel on the Nile

Plans to turn Tahrir into an open museum are nearing completion, with the opening scheduled for 30 June 2020, the sixth anniversary of the revolution which led to the overthrow of the post-Arab Spring Muslim Brotherhood rule and turned Egypt into a civil State.

The renovation project was planned with the intention of showcasing Egypt’s ancient civilisation against a backdrop of the Square’s distinctive 19th and 20th century buildings. The project was implemented by the Ministry of Housing, Utilities, and Urban Communities; and executed by top Egyptian construction and lighting companies; under supervision of the Ministry of Tourism and Antiquities, in coordination with Cairo Governorate.

The renovation work divided the Square into six zones: the roundabout; Omar Makram mosque; the Mugamma government building; the Egyptian Museum; the palace that formerly housed the Foreign Ministry; and the newly established Tahrir parking garage.

The centrepiece of Tahrir will be a red granite obelisk of Ramses II, also known as Ramses the Great, born in 1304 BC, and reigned in 1279–1213 BC. Around the foot of the obelisk lie four ram-headed sphinxes brought from Luxor’s Karnak Temple.

“The obelisk is an object that identifies ancient Egypt in all its glory,” Mustafa Ahmed Abdel-Fattah, head of the Central Administration of Conservation at the Ministry of Antiquities, says. 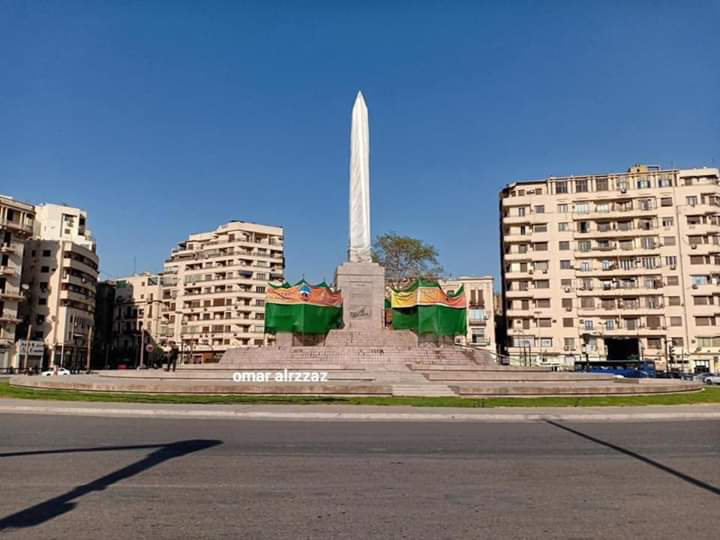 “The 19-metre-high, 100-ton obelisk was moved to Tahrir from San al-Hagar archaeological site in Sharqiya, east of the Nile Delta, where it had lain for centuries,” Egyptian archaeologist, Ahmed Amer explains. “It was transported in eight large blocks to Cairo where it was restored, assembled, and erected at Tahrir.

“The upper part of the obelisk is in the form of a ‘bin bin’, a small pyramid. Its sides are carved with inscriptions of the various titles of Ramses II, and depictions the Pharaoh standing in front of the gods.”

As to the four sphinxes that came from Karnak, Mustafa Waziri, Secretary-General of the Supreme Council for Antiquities (SCA), says that the move from Luxor to Cairo was meticulously carried out by the Arab Contractors Company under supervision of SCA technicians, archaeologists, and restorers. 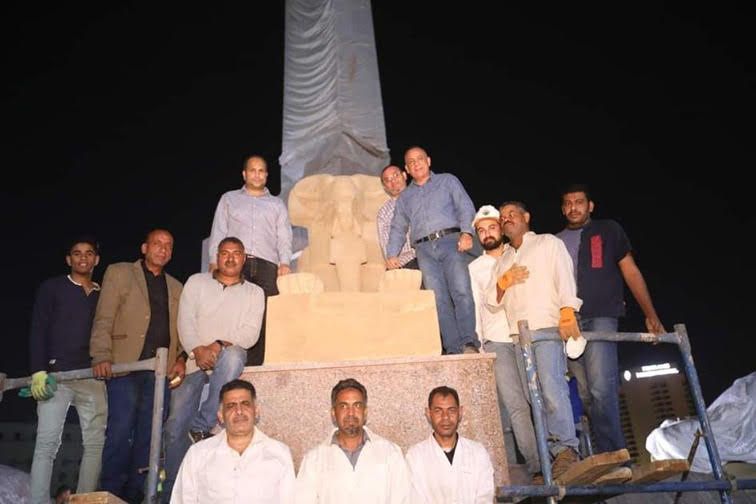 According to Mr Amer, the four sphinxes were never before displayed to the public. “They come from the courtyard between Karnak Temple’s first and second pylons; the courtyard was lined with 30 pairs of sphinxes. They were not taken from the main avenue of the sphinxes.”

The ram-headed sphinxes were installed around the red-granite obelisk on high bases so that they would be out of reach of anyone who wishes to touch them.

The Interior Ministry collaborated with the Ministry of Antiquities to set up a comprehensive system to protect the obelisk and sphinxes by instilling a buffer zone around them. The obelisk is circled by a beautiful water fountain that keeps it out of reach of visitors and makes it impossible for anyone to climb it, scribble graffiti on its sides, or make any damage.

Waleed Abdel-Aal, consultant of the renovation project, said that the wide gardens in the Square were replanted with papyrus, date palms, olive and sycamore trees, and others which were common to ancient Egypt. 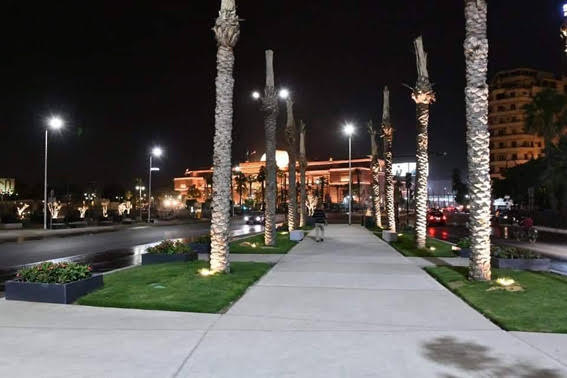 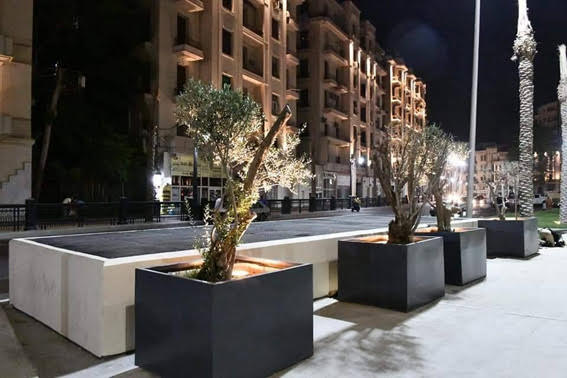 Marble benches were installed in the gardens, and all the metal fences, walls and building facades were given fresh coats of paint. A lighting system was installed to bring into focus the beauty of the surrounding buildings and palms. The famous billboards in the Square were reorganised in an aesthetic manner so as not to disrupt the new character of the Square.

Watani in 1959 appears to have prophetically alluded to the placing of an obelisk in Tahrir Square. In an interview with prominent Egyptologist and archaeologist Pahor Labib (1905 – 1994), who was then director of the Coptic Museum in Cairo, Dr Labib talked of placing Egyptian obelisks and statues in city squares. He said that it was a good idea to do so, provided the piece was not a unique one. He called for placing an obelisk in Tahrir Square, saying it would indeed be a thing of beauty, and would work to spread awareness of Egypt’s great civilisation and history.