The Grand Egyptian Museum (GEM) in Giza, set to open in 2020, is currently in a race against time to complete its museological collection which is being moved to it from other museums in Egypt, mainly the Egyptian Museum in Tahrir Square, and archaeological sites. So far, according to GEM sources, more than 50,000 pieces of antiquity have been moved to the new museum. 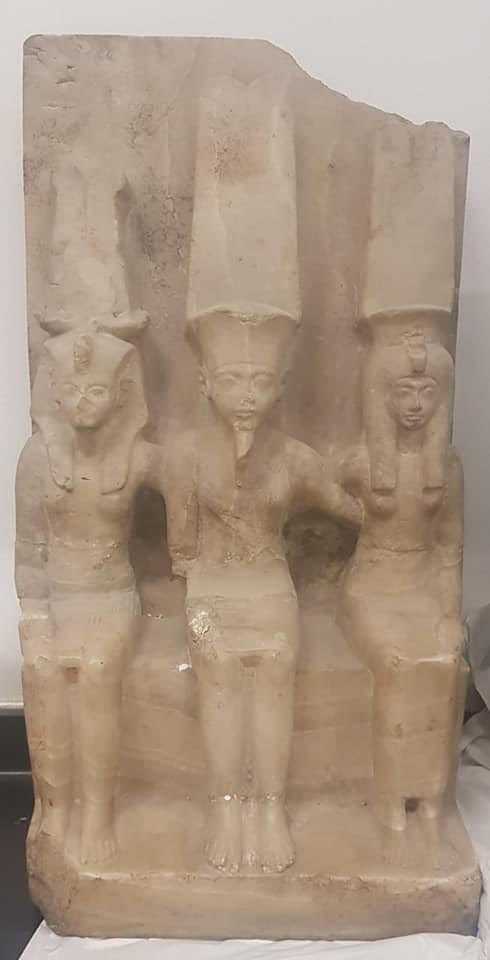 The most recent addition to the GEM collection comprised 202 pieces of antiquity moved a week ago from the Egyptian Museum in Tahrir and from the Giza Pyramids area, said General Atef Muftah, general supervisor of the GEM and surrounding area. The move was made under strict security, and the antiquities moved were stored inside the GEM’s conservation centre once they arrived. The pieces belong to various eras in Egypt’s history, starting with the pre-dynastic ages up to the Greco-Roman era. General Muftah said they will be displayed in the museum halls that showcase antiquities of these respective eras. 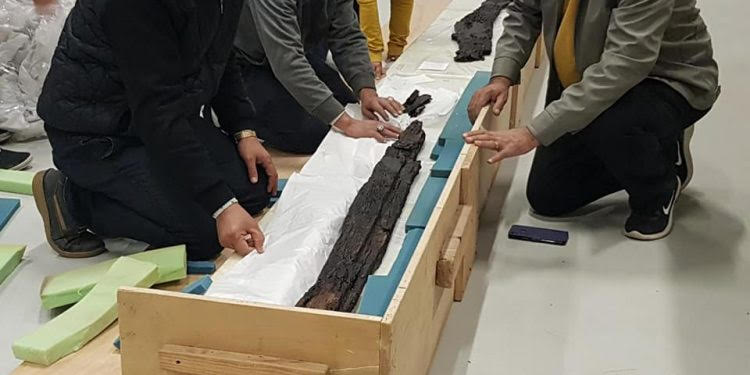 Director General of the Archaeological Museum Affairs al-Tayeb Abass said that the new collection included an alabaster triplet piece of King Thutmose I who ruled Egypt in 1493 – 1482BC; a sphinx-shaped statue of Thutmose III, pharaoh in 1479 – 1425BC; and a bust of Amenhotep III, pharaoh from c.1386 to 1349BC made of coloured limestone and wearing a war crown. 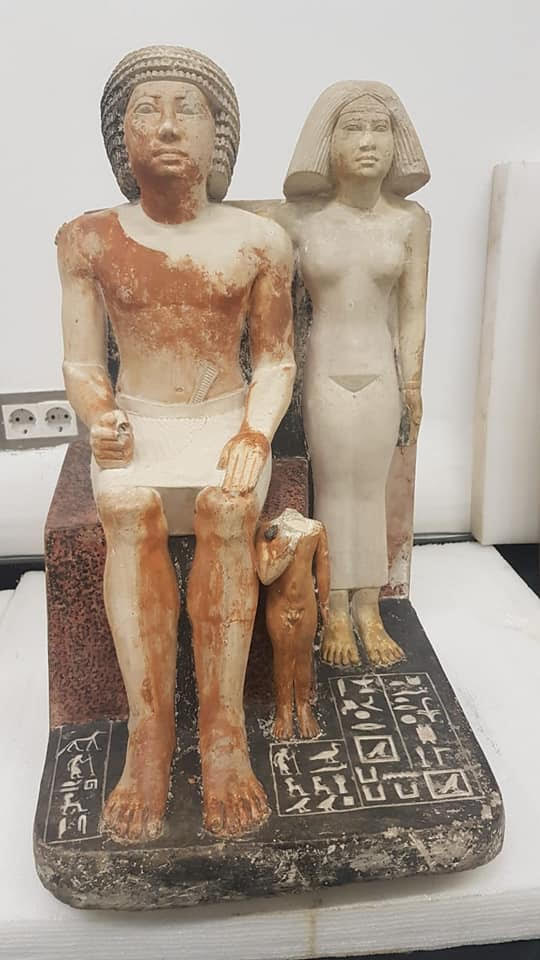 The collection also included 30 pieces of the wooden solar boat of King Khufu, also known as Cheops, builder of the Great Pyramid of Giza. The solar boat was the barge believed to carry the soul of the deceased into the realm of eternity. Two solar boats that belonged to King Khufu were found buried in pits at the foot of his great pyramid some 2,500 years ago. The ropes binding the wooden pieces that formed the boat had disintegrated, but the wooden components were found intact, lying close to one another. One boat, shown in the photo, was restored and reconstructed, and was placed in a museum built by the Japanese International Cooperation Agency (JICA) in 1985 a few metres away from where the boat was found on the southern side of the pyramid. 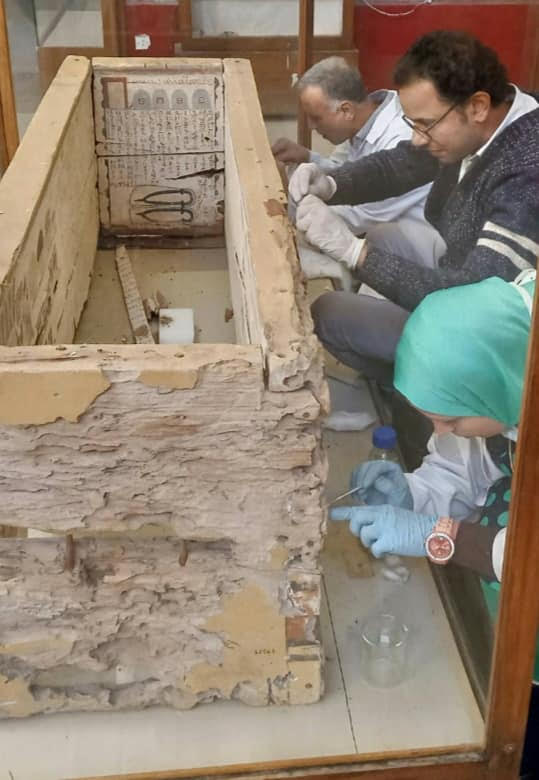 The General Director of the GEM’s Executive Affairs for Restoration and Transportation of Antiquities Eissa Zidan that the Ministry of Antiquities had extracted 1,165 wooden pieces of Khufu’s second boat; the GEM received 942 of these pieces. He added that extraction and restoration work of the wooden pieces are underway, with the total number of pieces extracted expected to reach 1,260. 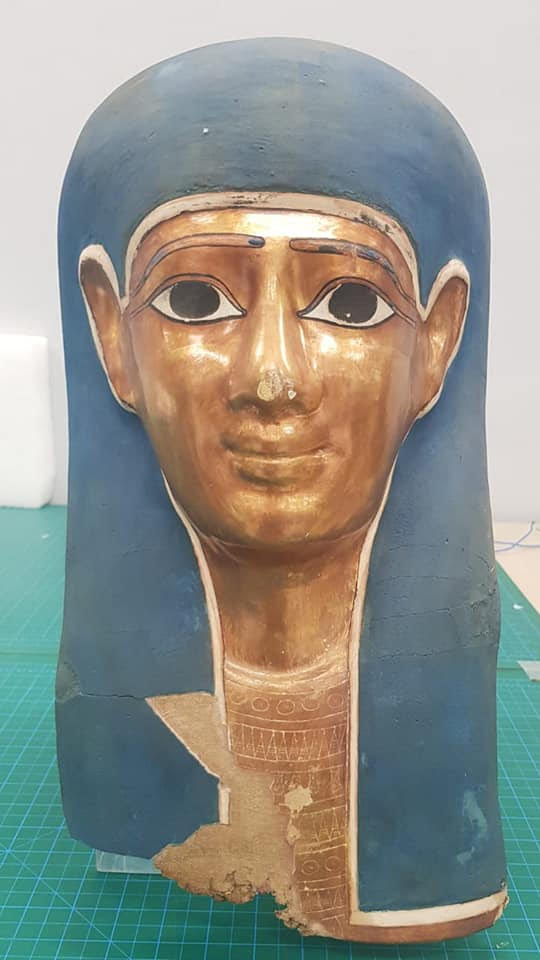 GEM is scheduled to open in 2020. Its foundation stone was laid by President Hosni Mubarak in 2002. Proclaimed as the largest archaeologist museum in the world, the museum is built on an area of 120 acres of land, about two kilometres from the Pyramids of Giza, and is a major landmark of the new master plan for the plateau. 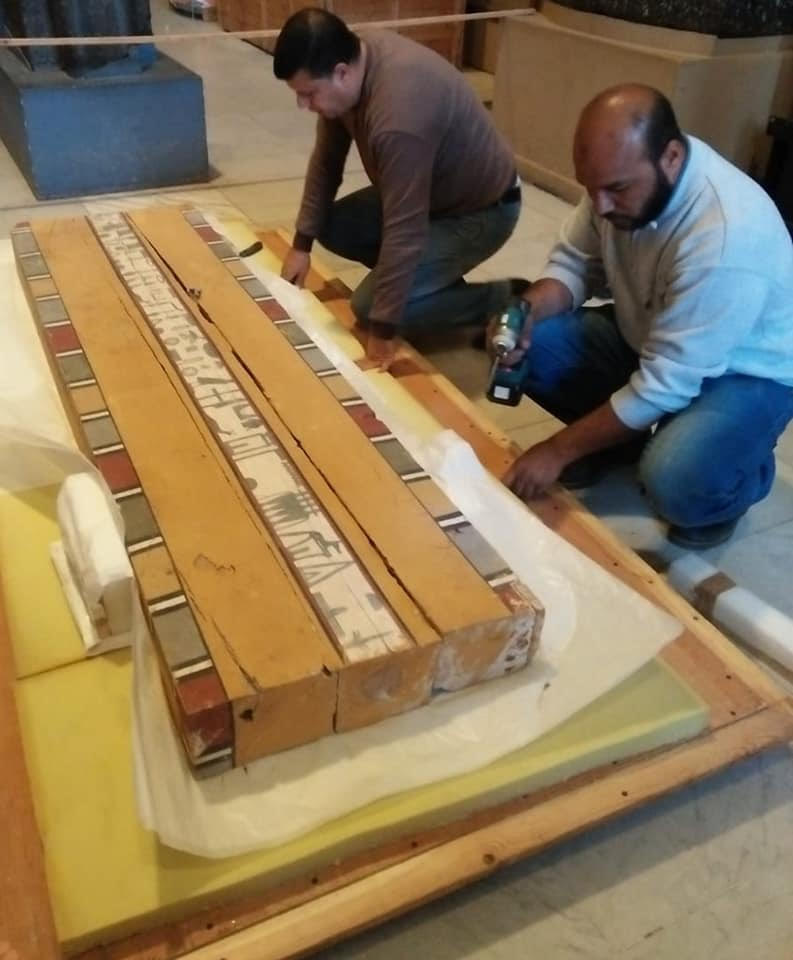 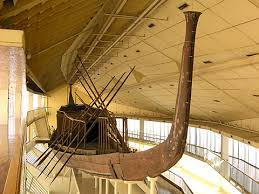