The Grand Egyptian Museum (GEM) in Giza, scheduled to open in 2020, has broken a Guinness World Record for the largest mosaic formation made of coffee cups. The artwork formation was made of 7,260 coffee cups depicting the ancient Egyptian King Tutankhamun’s mask—Tutankhamun ruled Egypt in 1336 – 1327BC. 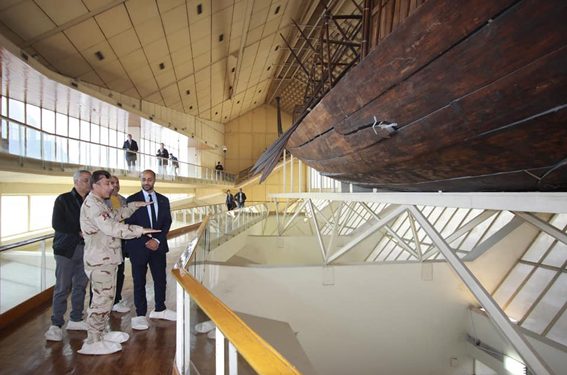 The coffeecup formation was executed in a mega-celebration at the GEM open yard leading to the food-court. The celebration was held by the Ministry of Tourism and Antiquities, which touted it as a gesture of “love and welcome”. The Ministry is working to promote publicisation of the GEM before it opens in 2020. 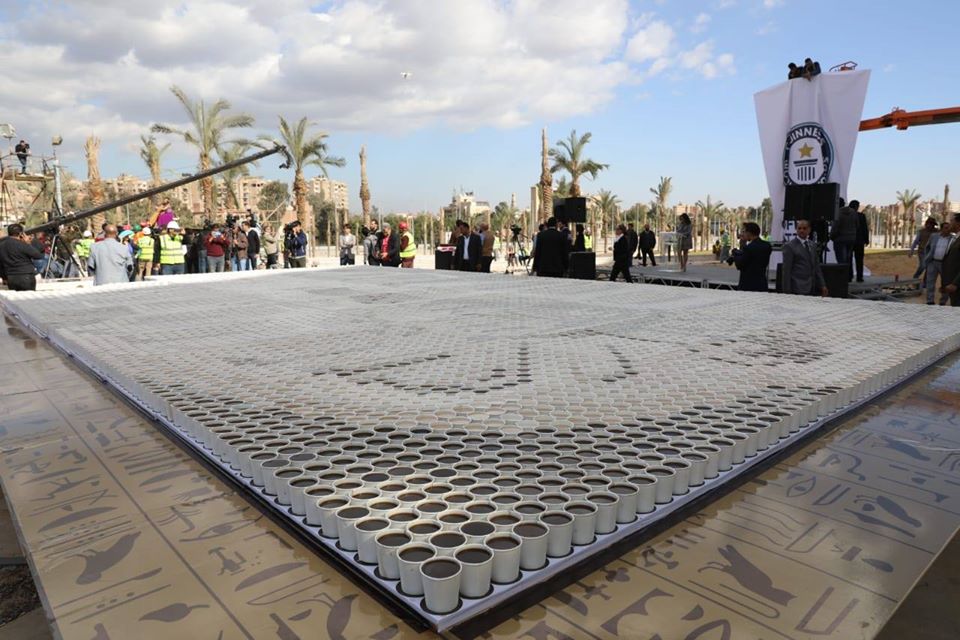 To the music of a harp—the harp was a musical instrument used by the ancient Egyptians—the 7,260 coffee cup depiction of Tutankhamun mask was formed on an area of 60 square metres at GEM’s open yard by a group of enthusiastic young Egyptians as children with disabilities jubilantly joined in singing patriotic songs. 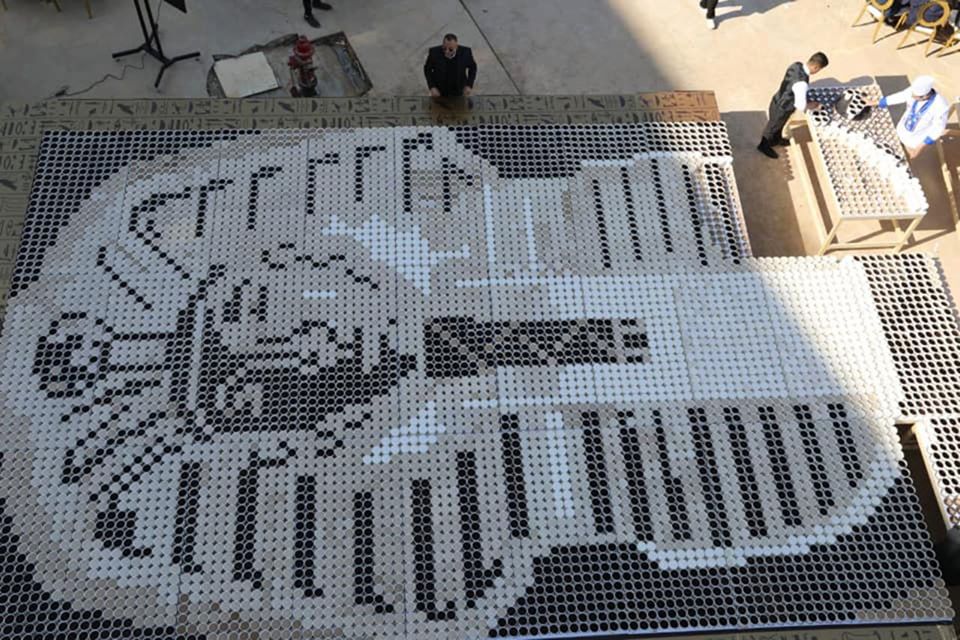 The celebration was attended by Ghada Shalaby, deputy of Egypt’s Minister of Tourism and Antiquities; Mustafa Waziri, Secretary-General of the Supreme Council of Antiquities (SCA); Major General Atef Muftah, Supervisor-General of the GEM project; his assistant Merihan Ragab; al-Tayyeb Abbas, GEM’s Director for Antiquity Affairs; and Eissa Zidan, Executive Manager of restoration and transferring antiquities at the GEM; as well as officials and representatives of the Guinness World Record in the Middle East. 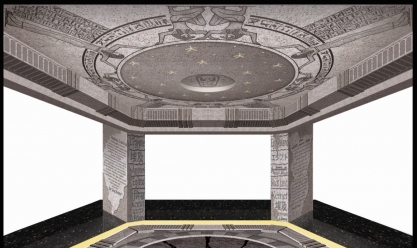 Talal Omar, Guinness World Records’ Middle East and North Africa (MENA) Regional Director, said, “I am so happy to attend this mega-celebration in the GEM, the place that combines deep-rooted history and modern architecture.”

The Tutankhamun coffeecup mosaic broke the 2012 record of one for Elvis Presley’s face in Honolulu made of 5,642 cups, which in turn broke the 2009 record of a mosaic of the Mona Lisa made in Australia using 3,604 coffee cups. 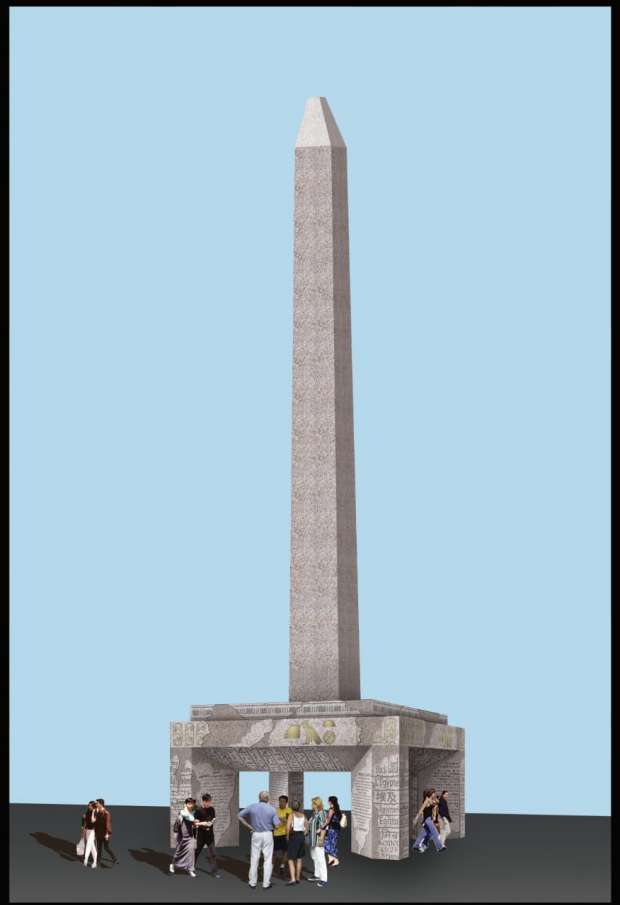 Minister of Tourism and Antiquities Khaled al- Anani received in his office Guinness Record’s Mr Omar and GEM’s Major General Muftah to discuss adding record-breaking Egyptian entries to the Guinness World Records. GEM alone, Mr Anani said, offered a number of such records, including it being the largest in the world to display relics of a single civilisation, and its obelisk square being the first such design in the world.

The evening of Monday 30 March saw the Great Pyramid at Giza bathed in bright red light and emblazoned with...