After 19 years of closure, the Antiquities Museum in Tanta is now open to the public.

Tanta, the capital city of the mid-Delta province of Gharbiya, is situated some 90km northwest Cairo. Its museum was established in 1913, the oldest provincial museum in Egypt. It occupied one of the municipality building halls until the hall was later needed by its owners and the museum collection was placed in temporary storage. In 1957, the collection was moved to the foyer of the municipality cinema theatre, but that was only a temporary move. Finally, in 1981, the Egyptian Antiquities Organisation, now the Ministry of Antiquities, established the present museum and opened it to the public in 1990. 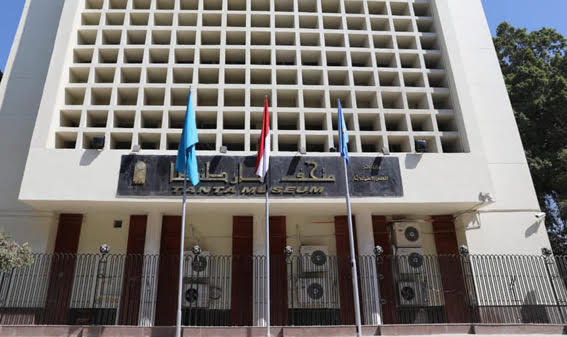 In 2000, the museum closed owing to the deteriorated condition of its building. The structure was supported by scaffolding until December 2017 when the Ministry of Antiquities started a project to restore it and prepare it for reopening. The move came along a plan by the State to re-open closed museums throughout Egypt.

Capital of the Delta

It was no surprise that the Ministry of Antiquities should choose the Tanta museum to start its ambitious project to reopen closed provincial museums. Apart from the fact that the museum is the oldest such museum in Egypt, and that Tanta is third in significance only to Cairo and Alexandria among Egyptian cities; the city boasts an excellent position to display the history of the Delta region. 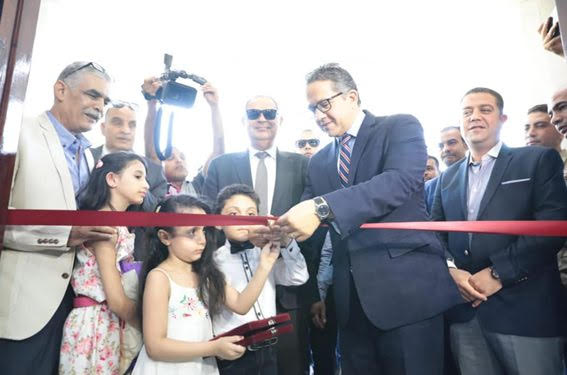 The name Tanta is an ancient name that goes back thousands of years. The Pharaohs called the area Tanaso, a region which was home to ancient cities such as Sais in the north Delta, Egypt’s 26th-Dynasty capital and present-day Sa al-Hagar; Tanis in the east Delta, Egypt’s capital during the Second Intermediate Period (about 1700-1550BC ) and present day Tell Basta; Naucratis and Wadget which were both located midway between Tanta and today’s Damanhour in the western Delta. The region also boasted the largest temple dedicated to the worship of the goddess Isis, in today’s Behbeit al-Hegara.

Tanta thrived during the Greco Roman era (330BC – 641Ad) when a council of senates was assigned to rule the city; but declined after the Arab conquest of Egypt in 641AD. 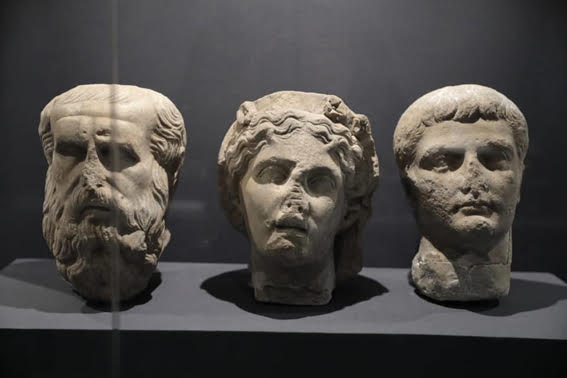 The city had its good and bad times over the centuries, but only regained real importance in 1845 when the first railway was built in Egypt. The line connected Cairo and Alexandria, passing through Tanta which was almost at the midpoint. This brought on economic revival; the city is today an industrial and administrative centre. It is moreover famous for its annual mulid of al-Sayed al-Badawi, which attracts thousands to the city every October. A mulid is a folk celebration that reveres a saint or holy figure; the tradition that goes back to ancient Egypt and lives on today in both the Christian and Muslim traditions.

The Tanta Antiquities Museum was opened last August by Egypt’s Minister of Antiquities, Khaled al-Anani, jointly with Hisham Saeed, Governor of Gharbiya, and in presence of a host of high ranking officials from the Governorate and the Ministry. 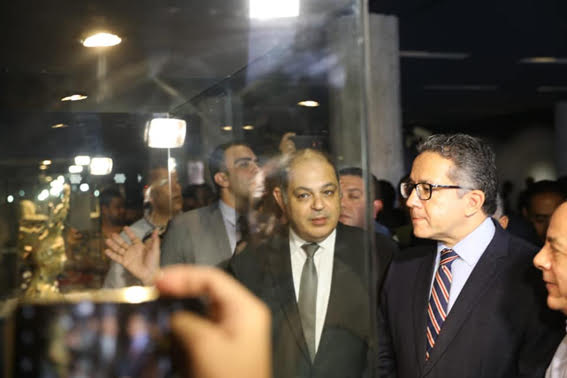 In honour of the occasion, Governor Saeed presented the Shield of Tanta to Dr Anani who in turn announced that entry to the museum would be free of charge for the public during the first two weeks following the opening. He thanked the Governor for the governorate’s efforts in developing and opening the museum which, he said, would make Tanta a new tourist destination and would raise local awareness of its splendid antiquities. 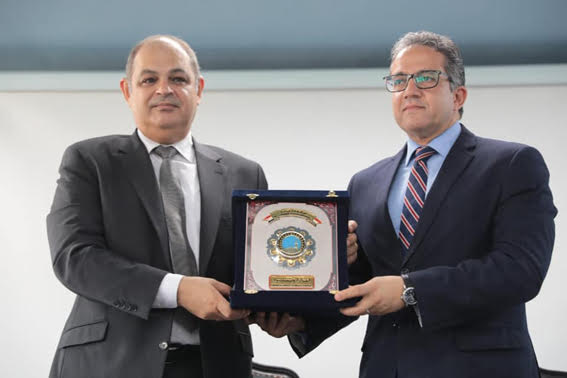 The museum restoration began in December 2017, and included structural repairs to the five-storey building, painting the walls, cleaning and polishing the marble floors, and preparing new display cases as well as a new museological display.

Elham Salah, of the Ministry of Antiquities, said that the museum collection includes 2005 pieces, among which 1208 pieces are coins. 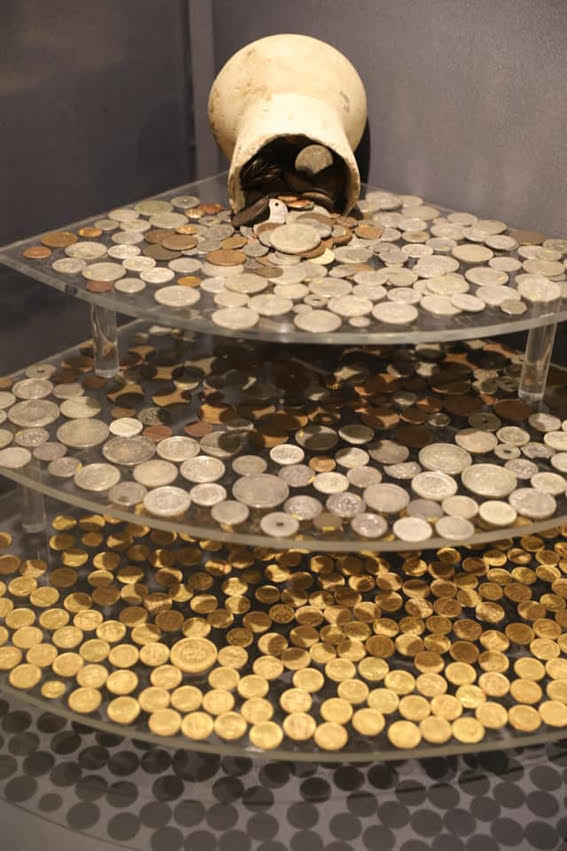 The first floor of the museum, Ms Salah said, houses services for visitors. The second and third floors display antiquities that go as far back as ancient Egypt’s pre-Dynastic times, and on to the pharaonic, Greco-Roman, Coptic and Islamic eras, until modern-day times. The fourth floor includes a lecture and conference hall, and the fifth houses the museum’s administrative offices.

Ms Salah explained the museological display of the new museum. She said the first and second floor host archaeological finds in the Delta region which has throughout the years yielded discoveries in sites such as Tell al-Pharaeen; Buto, the first political capital of ancient Egypt; Tanis; Sais; Qouesna; and Behbeit al-Hegara. 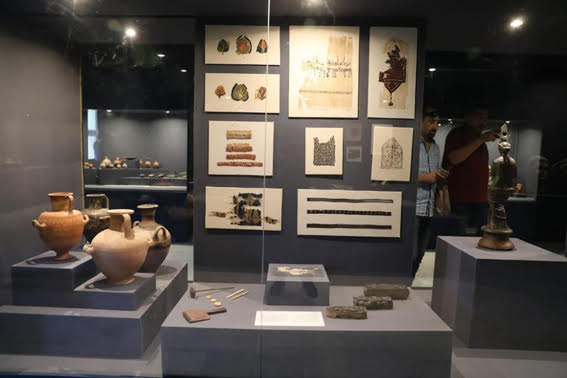 The third floor, according to Ms Salah, showcases a collection related to the Egyptian concept of the afterlife. Given that the tomb represented the first step to the afterlife, the museum displays false doors, offering tables, and funerary collections of statues, canopic jars, a coffin including a mummy, and wall paintings depicting the king with the gods. From the Greco Roman era, a number of vessels that once included ashes of deceased persons were on display, as well as a collection of metal lamps.

The Delta being the region where the Nile flows into the Mediterranean in the north, and where the Red Sea lies in the East, maritime trade and shipping were of special significance. A number of ancient boats are displayed on the third floor, in addition to the museum’s spectacular coin collection.

On the same floor, samples of Coptic art are on exhibit. These include icons, textiles and manuscripts. 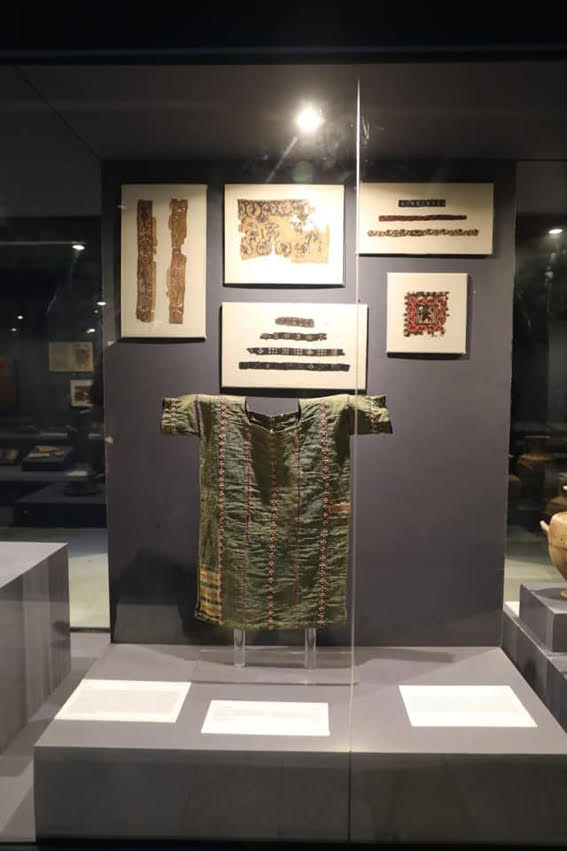 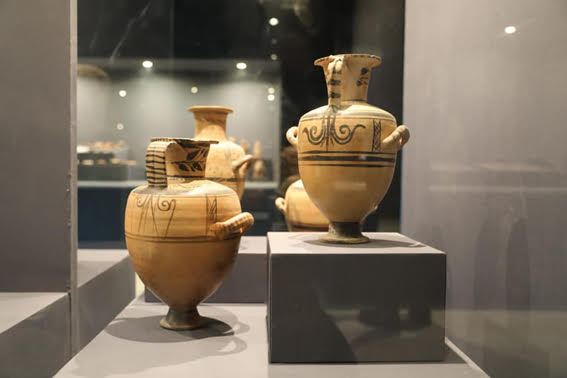 The museum exhibits extend in history to the 19th century, showcasing valuable pieces that belonged to Egypt’s Alawite monarchy which spanned the period from 1805 till 1953.

The museum did not overlook Tanta’s intangible heritage; photographs and texts that witness to the city’s outstanding mulids are showcased. Most famous, of course, is Mulid al-Sayed al-Badawi, the focal point of which is the mosque of al-Sayed Ahmad al-Badawi who was a revered Sufi figure of the 13th century, and is buried at the mosque in Tanta. 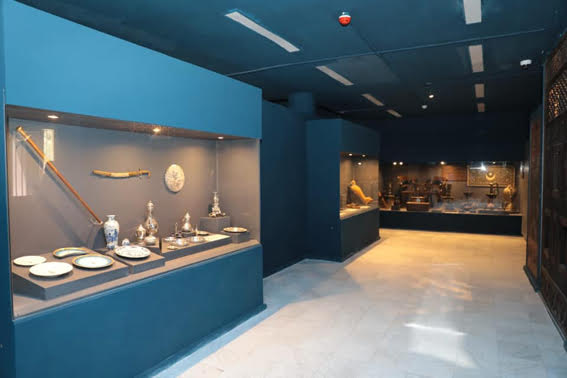 Visitors to Tanta Museum should never leave the city before sampling another Tanta heritage: its famous sweets made of roasted chickpeas thickly embedded in a sugar loaf. A sweet end to a beautiful trip! 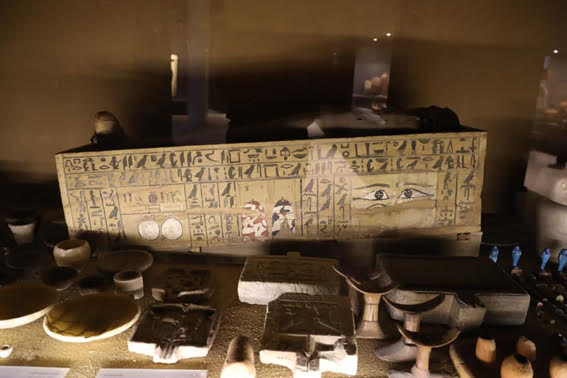 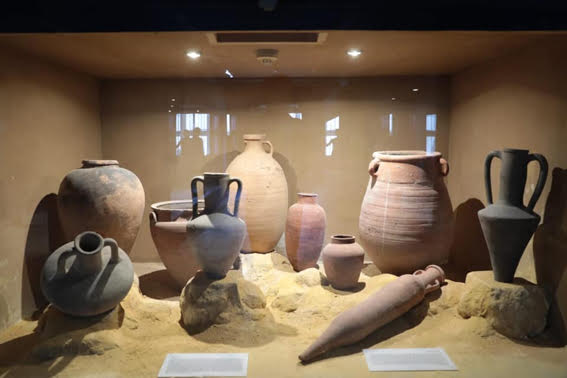