“Sunken Cities …Egypt’s charming world” is the theme title of a new exhibition—the fourth round of its kind—opened Friday 3 July in Virginia Museum of Fine Arts (VMFA) in the USA.

Among the cautionary measures taken by the museum administration to receive visitors under the spread of COVID-19, the museum allows only 35 visitors to enter every 15 minutes during the working hours—from 9am till 10pm. The exhibition is scheduled to run till January 2021.

According to Dr Mustafa Waziri, Secretary-General of the Supreme Council of Antiquities, the exhibition features 293 ancient artefacts that were found in underwater excavations of the ancient Egyptian cities of Canopus and Thonis-Heracleion in the eastern port of Alexandria and in Abu-Qir port to the west. 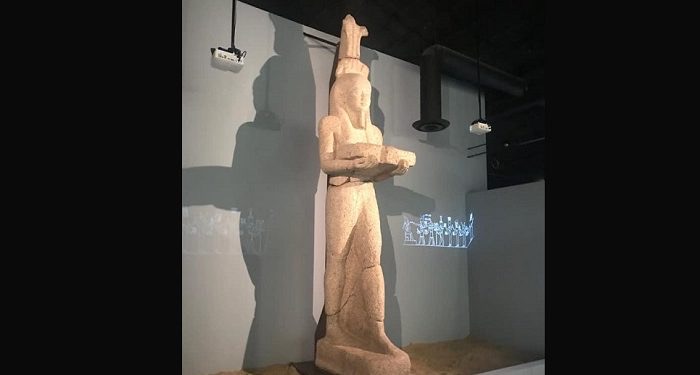 On its website, the VMFA wrote: “Sunken Cities is an once-in-a-lifetime opportunity for visitors to experience the grandeur and complexity of Ptolemaic Egypt, one of the wealthiest, most powerful and influential kingdoms of the ancient Mediterranean.

Highlights of the exhibition include a nearly 18-foot-tall, 5.6-ton statue of the god Hapy, the largest stone statue of a god recovered from ancient Egypt, beautiful statues of other gods and rulers of that civilization, as well as fascinating objects used to celebrate the annual Mysteries of Osiris, as well as Serapis god.” 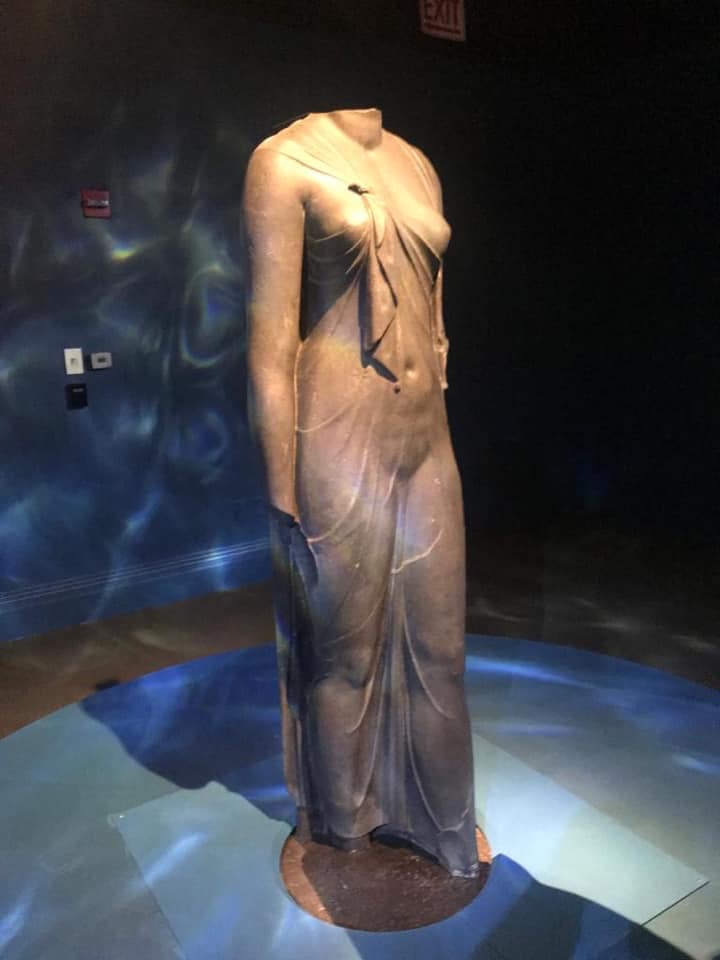 Serapis personified divine majesty and represented the sun, fertility, healing and the afterlife. His consort was Isis, the wife of Osiris and the most popular goddess during the Ptolemaic Period.

“Treasures of Ancient Egypt: Sunken Cities” is organised by the European Institute for Underwater Archaeology with support from the Hilti Foundation and in collaboration with the Ministry of Antiquities of the Arab Republic of Egypt.

Other similar exhibitions have been organised since 2015, beginning with one in Paris’s Institut du Monde Arabe under the title of “Osiris, Egypt’s Sunken Mysteries”. It went on to tour European cities in the UK and Switzerland, followed by a US tour that included Saint Louis in Missouri; Minneapolis; and Virginia.