The Nile Valley and Delta in Egypt have always been agricultural land. History says that it was when Egyptians first settled on the banks of the Nile long centuries ago, taking up agriculture as their main activity and livelihood, that the time honoured Egyptian civilisation took root.
It had to wait till the 20th AD century for Egypt to diversify into industry. Today, agricultural production makes up 11.5 per cent of Egypt’s GDP. 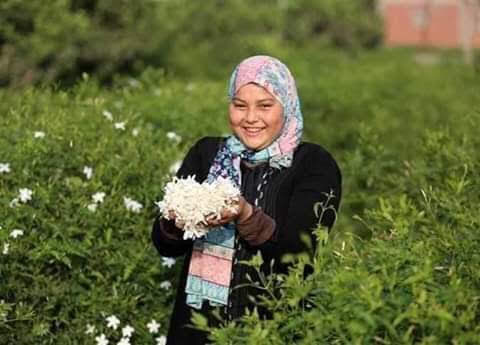 Hala Elsaid, Minister of Planning and Economic Development has stressed that, in its effort to boost the State’s foreign currency reserve, the government has extended much support to export, including agricultural produce which, she said, achieved 3.1 per cent growth in 2017 / 2018. According to 2018 figures, 21.5 per cent of those employed in the Egyptian market work in the agricultural sector. 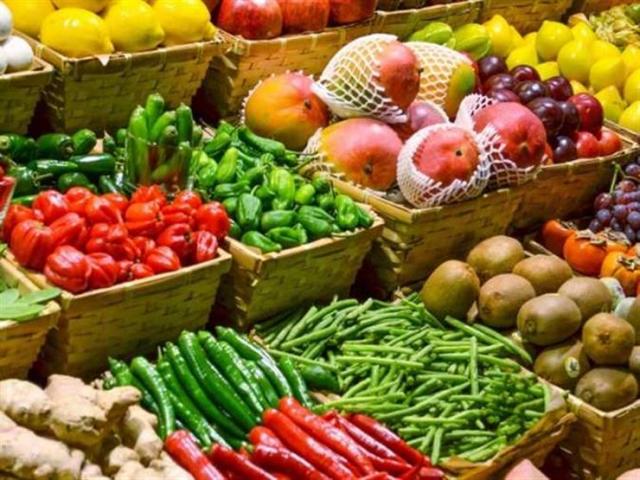 Brazil buys Egyptian oranges
At USD2.2 billion worth of exports last year, Egyptian agricultural produce has carved for itself a niche in the international market. Significantly, this came at a time of reduced global trade on account of COVID-19 pandemic.
Egyptian citrus, oranges in particular, are becoming more and more popular on international markets; Brazil has recently joined the list of importers of Egyptian citrus. 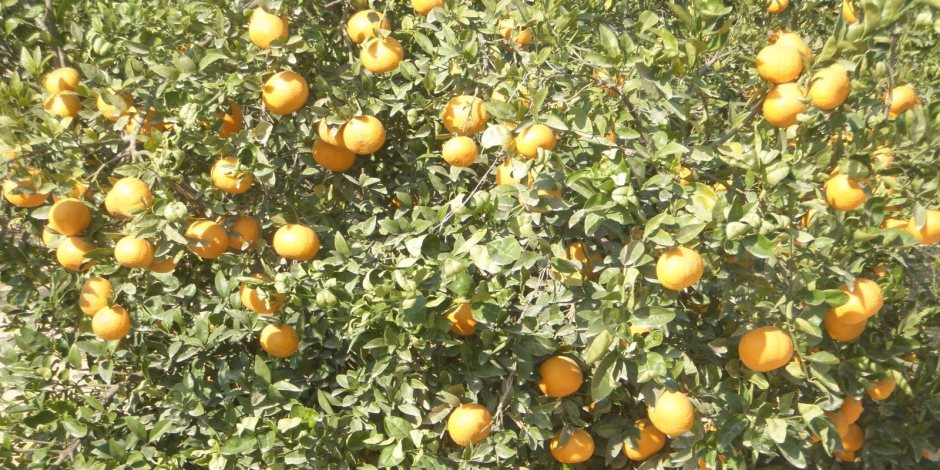 According to the General Organisation for Export and Import Control (GOEIC), affiliated to the Ministry of Foreign Trade and Industry, Egyptian agricultural exports during the first quarter of 2020, which saw the outbreak of COVID-19, amounted to some 3 million tons, with a revenue of USD821 million.
The report listed the UAE as the top importer of Egyptian produce during the first quarter of 2020, at USD747 million. Italy came second at USD385 million, followed by the USA at USD381 million, Saudi Arabia at USD380 million, and Spain at USD241 million. Red onions, the report said, as well as garlic and oranges, were the produce most in demand by the foreign markets. GOEIC expects agricultural exports to rise by 10 – 15 per cent by the end of 2020, especially to Saudi Arabia, UAE and countries of South East Asia and Europe.
According to Ahmed al-Attar, Head of the Ministry of Agriculture’s Central Administration of Agricultural Quarantine, Egyptian agricultural exports have during the first quarter of this year exceeded 3 million tons, the same figure reported last year during the same period. This means that the global turmoil caused by COVID-19, which disrupted world trade and led to closure of many maritime and land ports, hardly affected Egyptian agricultural exports. In fact, he said, Egyptian produce has entered new markets and even replaced that of other countries that were hit hard by COVID-19.

High quality, high demand
Mohamed Abbady, Secretary-General of the Syndicate of Agriculturalists, said that exporting Egyptian crops was not made on the spur of the moment; there had been deals already in place between Egyptian exporters and importers from other countries before the COVID-19 outbreak. Following the outbreak, however, previously made deals were amended to accommodate higher quantities demanded by the importers. Mr Abbady said that there had already been a deal to export artichokes to France, but was changed to include bigger quantities following the virus outbreak. The same occurred in cases of deals with Kuwait and Saudi Arabia regarding onions, oranges, and grapes. 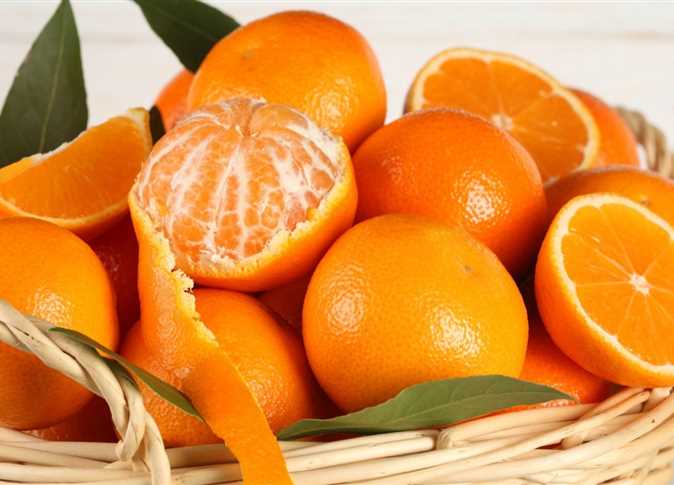 Egyptian produce is in demand, Mr Attar pointed out, owing to its excellent quality. Attar explained that so far since the outbreak of COVID-19, no Egyptian produce was rejected, which confirms good quality. Egypt already competes with Chili in the size of exports and quality of grapes produce, and competes with Spain and France in strawberry produce.
Mr Attar explained that the excellence of Egyptian produce partly owes to the strict measures and standards imposed by agricultural quarantine departments in all governorates and productions hubs. Egypt’s internationally accredited central laboratories closely monitor the quality of produce to be exported, so that required specifications are met.
Technical specifications and conditions set by importers are respected, Mr Attar stressed. Each shipment leaving Egypt holds a certificate issued by the Central Administration of Agricultural Quarantine. 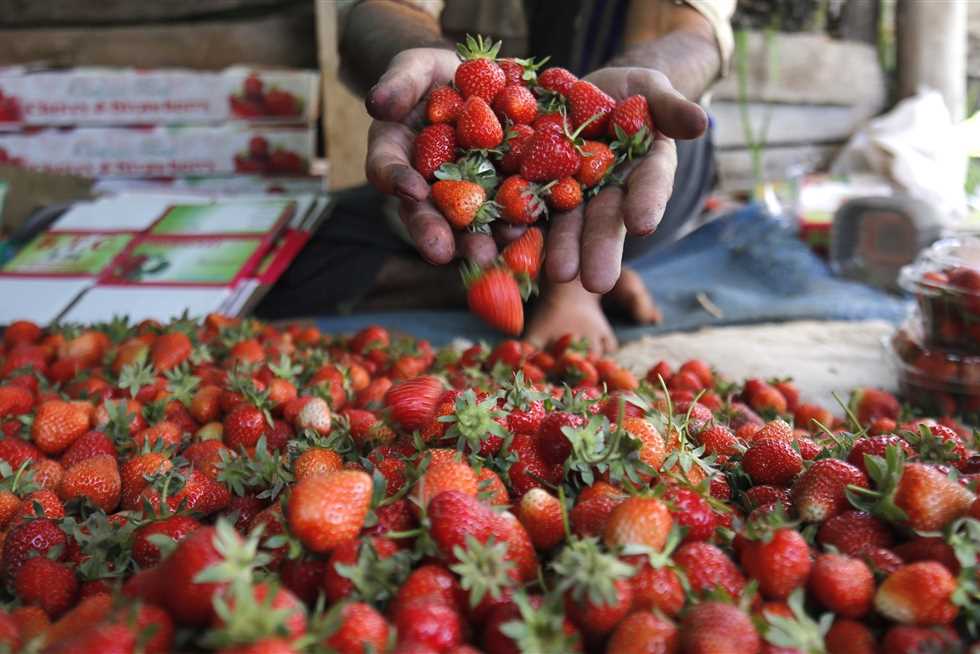 Mr Attar explained that the Egyptian Agricultural Bank offers financial support to strawberry growers to the tune of EGP60,000 per acre. It also offers growers loans of up to EGP90,000 at reduced interest rates subsidised by the State.
Despite the current success in exporting agricultural produce, Mr Abbady said, Egypt falls short in its capacity to answer the increasing demands by other countries. “China asked to buy our full crop of onions,” he said, “which was a demand impossible to meet. And Jordan and Saudi Arabia desire bigger quantities of citrus, which we again could not supply.”

Local demand
Apart from agricultural exports, however, it is the main responsibility of the Ministry of Agriculture to secure production of food for Egyptians. Only surplus quantities may be exported, Mr Attar said.
Alaa Bahrawi, Head of the Ministry of Agriculture’s Central Administration of Horticulture and Agricultural Crops told Watani that there are daily follow up committees checking seasonal crops, especially those identified as basic everyday consumer goods. These inspections aim at increasing production and supply on the markets. Some 900,000 feddans are allotted to grow 18 kinds of summer vegetables that include summer potatoes, tomatoes, courgettes, eggplants, green beans, cowpea, summer cabbage, cauliflower, watermelon, cantaloupe, okra, Molokhiya, cucumbers, pepper bells, onions, lettuce, melon and coriander. These crops are grown in the governorates of New Valley, Minya, Sharqiya, Gharbiya, Daqahliya, Alexandria and Beheira.
Mr Bahrawi said that committees work periodically to inspect vegetables all over Egypt, offering technical advice and guidance to farmers, especially in areas where several kinds of vegetables are grown. A special operations room, he said, receives farmer complaints and deals with them as they arise.
Self-sufficiency is reached through working on several axes, Mr Attar said. Major among them, he said, is boosting land productivity and developing new high-yield varieties. Mr Abbady says the Egyptian Armed Forces have greatly contributed towards increasing the area of cultivated land. They achieved an unprecedented leap in land reclamation, he said, and executed a project of 100,000 greenhouses.
On the other hand, Mr Attar explained, an optimal balance must be observed between the variety and quantity of crops cultivated on the annual agricultural map. Egypt opts to import some 9 million tons of wheat annually, an amount equal to its local production, in order to cultivate other crops.

New ideas
On another note, MP Mahmoud Shaalan, member in the House of Representatives’ Agriculture Committee offered another view point; he said that peasants are not getting enough support from the government, and this drives them away from agriculture, seeking other professions for better standards of living. He called for enforcing Law 126 for 2014 which stipulates the formation of an agricultural solidarity fund to serve peasants. 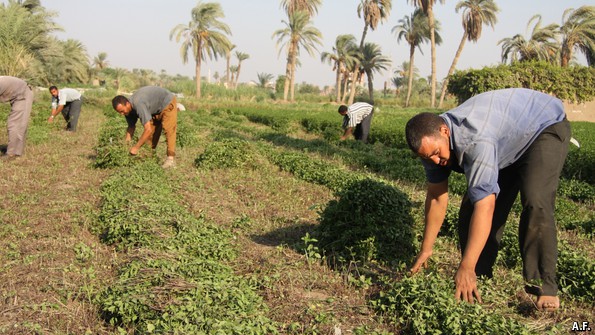 This fund, he explained, would offer support in case of natural disasters or crises, and in case peasants need help with buying agricultural equipment.
There are lessons to be learned from the global shortage caused by coronavirus, agricultural expert Adel al-Ghandour told Watani. Mr Ghandour believes Egypt should expand in growing corn and rice to feed this shortage, and should also benefit from the added value of agricultural industrialisation. He also advised growing crops that can substitute wheat, such as potatoes and sweet potatoes, since they are rich in carbohydrates and proteins, and do not require much water for irrigation. He said that the Egyptian Agricultural Research Centre has been able to produce a loaf of bread from sweet potatoes.
Mr Ghandour stressed the importance of agricultural investment in Africa to grow food for Egypt and at the same time benefit the host countries.