At its Cairo venue of Bait al-Sinnari, a painstakingly-restored medieval Islamic home, the Bibliotheca Alexandrina (BA) is offering a four-day intensive course in Coptic language. The course, which runs till 23 January is taught by Ahmad Maher Eissa who holds a PhD in Coptic language from Leiden University and is Professor of Coptic Language at Fayoum University.

The Coptic Language course was offered by the BA’s Center for Coptic Studies. On its website, the BA defines the mission of the Center as:

“Believing that Coptic heritage belongs to all Egyptians, the Center for Coptic Studies was established in 2013 under the BA Academic Research Sector. The center focuses on the Coptic heritage and its preservation, emphasising its role as a key component of Egyptian heritage in general, and a main tributary contributing to the Egyptian identity in particular.

“Unlike most entities involved in Coptic heritage, especially those affiliated with the Egyptian churches, the BA Center for Coptic Studies goes beyond the religious and theological studies that falsely confined Coptic heritage to Christians, and focuses more on its civilisational and cultural aspects. The significance of the center can also be attributed to the lack of specialised centers in this field at both local and regional levels.

In order to fulfil this mission, the center aims to:

Introduce the Coptic heritage and culture as an integral part of the Egyptian culture.
Disseminate the Coptic heritage among all Egyptians, not only Christians.
Train and empower qualified cadres to work in the fields of scientific research, and preserve the highly endangered Coptic heritage.
Deepen the concepts of tolerance and acceptance of the other in the Egyptian culture, by studying those assets as a means of understanding and communication.
Place the sites of Coptic heritage on the map of international tourism, and raise more awareness toward their preservation and restoration.
Contribute to the preservation of Coptic heritage, including monuments and manuscripts, as well as the intangible heritage of traditions, music, and more, by collecting, documenting, and categorizing its elements.
Encourage Egyptian researchers to study Coptic heritage by providing them with scientific materials, publishing their work, and offering a platform for experience exchange between local and international research centers. 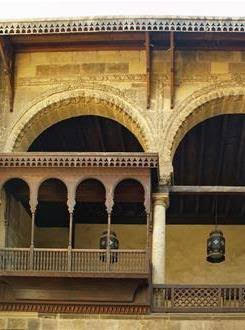