If you ask young Egyptian parents what their biggest concern is, the most common answer across the board would be giving their children a good education to better equip them for life. This holds true in case of rich and poor families, well-educated and uneducated parents; the realisation that education is pivotal for better-quality life is unanimous.
Yet education is the biggest headache parents suffer from. Free education is available for all but the system is under huge pressure that prevents it from operating efficiently. Given Egypt’s population explosion, huge numbers of pupils enter the education system every year, and the education budget falls short of providing them with the required number of new schools and adequately-trained teachers. Add to that the outdated rote learning system and the fierce competition among students to score well in order to later secure a university education, and the pressure on students and parents becomes intolerable. Concerned parents find they have to supplement the poor-quality public education with costly private tutoring or by enrolling their children in pricey private schools. The end result is that free quality education is almost non-existent, and schooling is an arduous, detestable experience. It would be hard to guess who hates school more: the children or the parents? 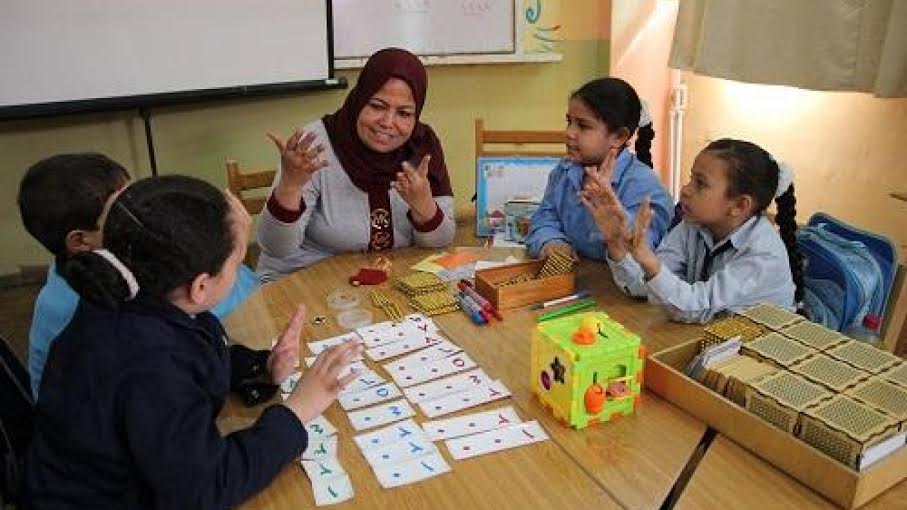 Modern technology for quality education
Previous efforts to reform the education system in Egypt have been few and ineffective. Now, however, Education Minister Tarek Shawki has made the exciting announcement that a complete overhaul of Egypt’s education system will see light beginning September 2018, the start of the upcoming school year.
The new education system will target children enrolling in the first kindergarten years, the two formative years that precede the primary stage of education. These children will grow into 14 years of a new educational system, known as Education 2, that incorporates learning objectives which benefit of modern technology and accessible information to achieve understanding, knowledge, and critical thinking. Children already enrolled in school within the current system will see major changes in the way they are taught and evaluated; this comes under a reformed system termed Education 1.
The vision for the new system, Dr Shawki says, gained approval of the World Bank (WB) which decided to give Egypt a USD500 million loan over five years to support the education reform project.
In a statement, the WB said the project would expand access to quality kindergarten for some 500,000 children, train 500,000 teachers and education officials, and provide 1.5 million students and teachers with digital learning resources. The five-year Supporting Egypt Education Reform, the WB said, would help transform the education system through bold modernisation initiatives that increase access to quality education and adopt technology as a vehicle to achieve the reform objectives.
The project aims to achieve its goals by improving access to and the quality of early childhood education, developing a reliable student assessment and examination system, enhancing the capacity of teachers, education leaders and supervisors, and using modern technology for teaching and learning, assessing students, and collecting data, as well as expanding the use of digital learning resources.

‏
Developing character and life skills
According to Dr Shawki, Egypt’s education development strategy, the fruit of which will be reaped in 14 years time, will cost an estimated USD4 billion. “The WB has loaned us USD500 million to that end,” he said, “and the remainder will be covered in part by the State and in part by easy loans from international donors such as the Japanese JICA, the German GTZ, and the USAID. UNICEF has given us a grant for teacher training, and UNESCO is helping with developing curricula.” Dr Shawki explained that the WB loan would not be handed to Egypt in one lot, but will be given in payments that would correspond to the successive achievement of objectives.
The education reform strategy, Dr Shawki says, focuses mainly on kindergarten or pre-primary school stage, a time when character and life skills develop. This, he says, is much more important than acquiring knowledge, and agrees in full with the vision for Egypt 2030. No new buildings or classes will be built for kindergarten children at extra cost, he says; instead, current rooms and spaces will be used differently to house modern set-ups that would better serve educational purposes.
The 4th Year Primary and 3rd Year Preparatory will be years of general assessment of the students, in line with international standards.
Starting 1st Year Preparatory, students will be taught Mathematics and Science subjects in the English language, which would make them adept at better accessing knowledge in these topics.
The most significant reform, however, will be in the learning objectives, curricula, and assessment of students, all of which constitute major problems in the current system, and all of which hinge on making good use of modern technology.

New system for assessment
Instead of the tedious, ineffective rote learning that has predominated education in Egypt for long decades, learning objectives in the new system will focus on understanding and grasping material, and acquiring knowledge, sense and critical thinking.
According to monitoring and evaluation specialist Dina Borai, curricula have been designed for pupils and students from kindergarten to the Egyptian secondary school certificate, the Thanawiya Amma. The curricula were planned so as to fit in the shorter 130-day scholastic year of Egypt; school years in other places in the world normally extend over 180 days. Contrary to the current Thanawiya Amma system, the new system 14 years from now will have no fixed separate sectors of ‘Science’ and ‘Arts’, but students will choose the subjects to study and be examined in.
Students in the First Secondary school year will be handed tablets. The State will take it upon itself to provide tablets for some 700,000 students and 300,000 teachers and school directors. The State, through the Ministry of Communications, will bear the cost of the Internet, and will provide free maintenance and support. The tablet will carry material that covers the full curriculum, and will allow access to various sources of knowledge including Egypt’s Knowledge Bank. It will also be the means through which students connect with their teachers, and the device on which they sit for examinations. All this will make the teaching/learning process a thrilling one. The tablet will remain with the student and will not be taken back by the school. 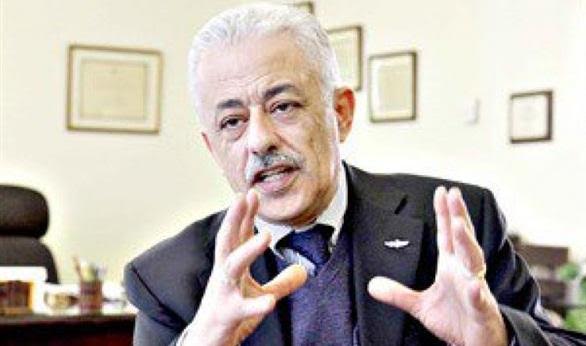 Exam bank
Examinations should be fair and should evaluate the achievement of the education objectives; exam questions should assess what a student has grasped, Ms Borai says. An examination question bank will be set up with a sovereign authority, and schools would use it to set up exams which the students will receive on their tablets, answer, and send online for marking.
Current students under the Education 1 system will not go through the gruelling hassle of being evaluated through a single examination. Instead, students will sit
average of the best six marks among them.
As to enrolling in State universities, which had up to now hinged on the Thanawiya Amma score and was managed by the State’s Maktab al-Tanseeq, literally Coordination Office, it will not change. In all cases, Dr Shawki says, this is the domain of the Ministry of Higher education.

The teachers
Where do the teachers come in all this? It is self-evident that teachers are the cornerstone of the education process, yet they have more often than not been accused of poor ethical and professional standards, in addition to that abhorrent social ill at best termed favouritism towards students and at worst blackmail or bribery.
Teacher training comes on top of the priorities of the new education system and the WB education reform project. Teachers will continue to be treasured guides, and will supervise and enhance the teaching and interaction process in class, as well as research and special projects. They will also be the ones who mark the exams, but the exam papers will be sent to them online with no indication of who these papers belong to, so there could be no possible question of favouritism.
The online system will have the added value of making it easier for any student outside Egypt enrolled in the Egyptian education system to follow up on the learning process and sit for exams.
“September 2018 marks the start of the journey to make our students well-equipped for life, and we are pleased to have this partnership with the WB to accompany us on that journey,” says Dr Shawki. “Our goal is to provide our children with the competencies they need to create a society that learns, thinks and innovates.”

An education to relish 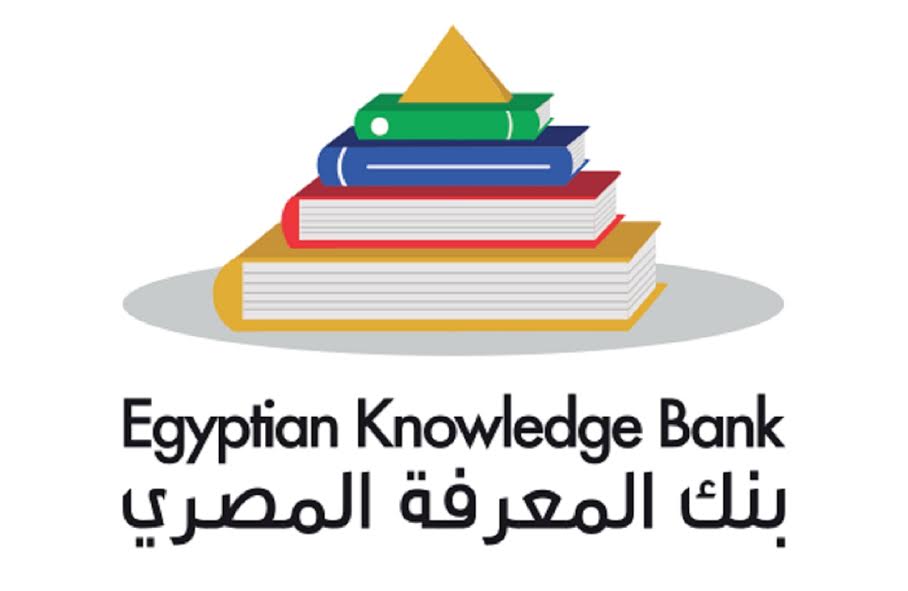 Egypt’s Knowledge Bank was launched in January 2016 by Egypt’s Presidential Council for Education and Scientific Research (PCESR), with the aim of providing Egyptians with an extensive digital base of knowledge and reference resources.
Tarek Shawki, current Minister of Education who was then Secretary-General of the Secretariat of the PCESR, said back then that the Egyptian Knowledge Bank aimed at offering Egyptians access to quality research and education material through providing, digitally, the knowledge tools and materials needed to launch projects or initiatives. It was vital, he said, for government-led projects and the development of Egypt’s basic education curriculum especially in teaching mathematics and science. In the pipeline, he said, were projects for enhancing education as well as implementing programmes for raising public awareness, and making culture and continuing education accessible to all.
“The PCESR will be the largest digital library and data base in the world,” Dr Shawki said. “It should serve 90 million Egyptians and should be instrumental in reforming education, training teachers, and teaching children knowledgeable, critical thinking.
“We have partnered with the biggest publishers in the world to offer Egyptians of all ages and walks of life access to world-class publications that offer knowledge and information not easily found elsewhere, as well as critical tools needed in education and research. Among the publishers are National Geographic, Discovery, Cambridge, Oxford, Britannica, Emerald, and Thomson Reuters. The latter will offer Egyptian scientists and scholars access to Web of Science, InCites, Journal Citation Reports and Thomson Innovation.
Researchers and institutions are now able to successfully navigate the lifecycle of innovation, from discovery to protection to commercialisation. Through Thomson Reuters, for instance, they have access to the Web of Science—the premier web-based platform for scientific and scholarly research. They can monitor the global and regional impact of their work with InCites, a research evaluation tool, enabling universities to measure research output and impact, monitor trends, and benchmark their performance against peers at the individual, departmental and global levels. InCites also provides access to Journal Citation Reports, the most comprehensive collection of profiles and metrics, including the Journal Impact Factor, to support in-depth evaluation of journal attributes and performance. Thomson Innovation, the leading Intellectual Property intelligence platform expedites research and provides critical insight for well-informed, confident intellectual property decisions.