According to an exploratory study conducted by Aswan University’s Faculty of Fish and Fishery Technology, crocodiles are not the main cause for the decline in Lake Nasser’s fish population, as had been claimed by many in the Egyptian media. Lake Nasser is the water reservoir upstream the Aswan High Dam on the River Nile, and is considered the largest man-made lake in the world.

The study by Professor Muhammad Shawqi, declared that the actual number of crocodiles in Lake Nasser ranges between 6,000 to 30,000 inside and outside the water. The sizes of most of these crocodiles are small, the majority being one year old. Only 10 per cent of the crocodile population, Dr Shawqi’s study says, are large-size; and only two per cent of the junior crocodiles reach 1.5 metre in length, meaning that their numbers are in decline.

“The exploratory study has been especially conducted to disclose the current situation,” Dr Shawqi explained, “given that the recent years have witnessed arguments on the actual numbers of crocodiles in Lake Nasser and whether or not they attack fishermen and tear their nets.”

According to his study, Dr Shawqi noted that crocodiles represent an important part of the balance of the ecosystem, and realise the biological diversity of fish stock in Lake Nasser by feeding on specific species of fish such as catfish, fish trap, and Tetrodon Fahaka as well as feeding on dead animals.

“Crocodiles would be a promising investment field in Egypt,” Dr Shawqi concluded, “through establishing farms for breeding crocodiles or tourist parks. Moreover, we can benefit from various products such as leather and meat just as in many countries over the world.”

Watani posted a story on the Nile crocodile: 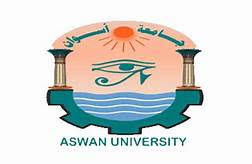