Egypt and its Churches condemn attack on New Zealand mosques

Egypt has condemned the terrorist attack on two mosques in Christchurch, New Zealand, Friday 15 March, which left at least 49 people dead and 48 injured.

New Zealand police have said that a 28-year-old man has been charged with murder and two other suspects remain in custody. Firearms and explosive devices were recovered, the police Commissioner said.

President Abdel-Fattah al-Sisi denounced “in the strongest terms” the “vicious” terror attack. In a statement, the President’s spokesman Bassam Rady said the attack “which brutally targeted worshippers in houses of God, shocks the conscience of humanity and places it in front of its fundamental responsibility of joining international efforts for an all-out confrontation with terrorism, violence, and extremism.” The president stressed the importance of exerting efforts to boost and consolidate the values of peaceful coexistence, tolerance, and accepting one another.

Egypt’s foreign ministry stressed its support for New Zealand and the families of the victims, saying that “this vile terrorist act contravenes all humanitarian principles. It serves as a new reminder of the necessity of continued and intensified international efforts to face obnoxious terrorism which has no religion, and to counter all forms of violence and extremism,” the FM statement added.

The Egyptian Council of Churches, represented by Father Boulos Greiss condemned the terror attach and offered warmest sympathy and condolences to New Zealand.

Pope Tawadros II issued a statement on behalf of the Coptic Orthodox Church condemning the terror attack, and strongly rejecting all forms of violence against any human being, no matter his or her faith, ethnicity, or race. The Church, the statement said, is praying for peace for the souls of those who lost their lives, comfort for their families and friends, and full recovery for the injured and traumatised. Prayers were also up for the all the “souls sick with fanaticism, extremism, and hatred” that they too may be healed.

The Coptic Orthodox Church in New Zealand condemned the deadly massacre and offered condolences to the families of the martyrs. It held prayers for the families of the martyrs and for the injured. It also announced that its church bells would toll for the victims at noon on Sunday 17 March. In its statement, it asked God to grant the world peace, to bless New Zealand and to always make it a place of religious tolerance and love.

Bishop Ibrahim Ishaq, Patriarch of the Coptic Catholic Church, condemned that inhuman attack which took place as he visits Australia. Egypt’s Evangelical Church leader, Rev. Andrea Zaki, offered his Church’s deep condolences to the families of terror attack victims and condemned the “savage act”. Rev. Zaki held a prayer attended by the heads of the Evangelical sects and members of the General Evangelical Council and 1500 leaders and pastors from all Evangelical sects, as part of the third evangelical ministry conference held in Wadi al-Natroun.

Minister of Immigration Nabila Makram has contacted Egyptian Ambassador to New Zealand Tarek el Wassimi to inquire after Egyptian nationals in the country after the terror attack on the two mosques.

Wassimi said the embassy is following up the situation, noting that he officially contacted New Zealand’s Foreign Ministry to demand names of the dead and injured in the attack.

The ambassador added that a warning has been issued to members of the Egyptian community living in New Zealand to remain vigilant.

According to a number of Egyptian media outlets, the New Zealand Red Cross has declared that four Egyptians are missing following the attack; they have not been counted among the survivors. 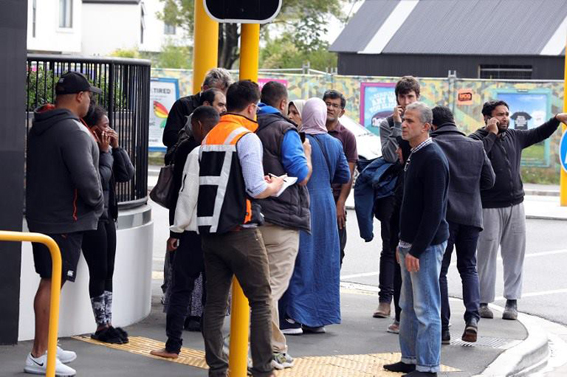 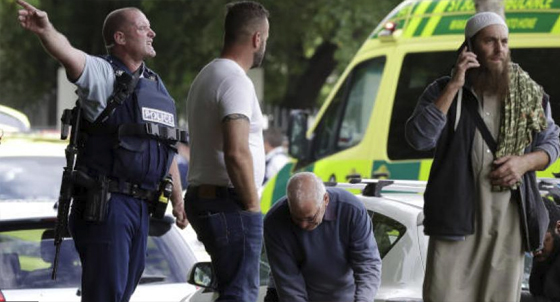 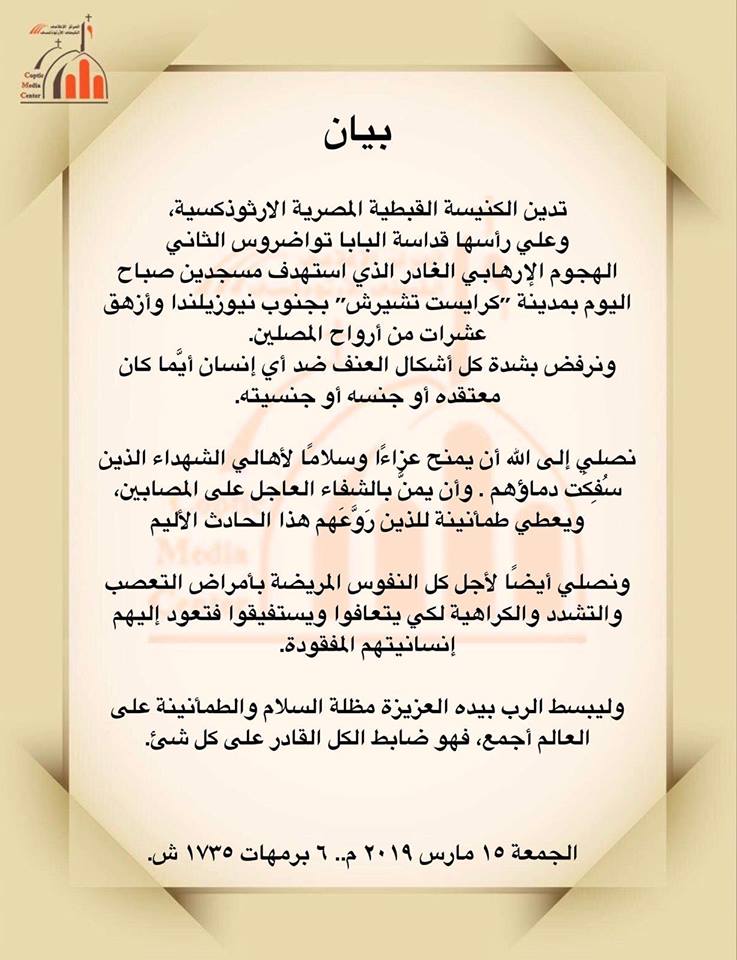