In recognition of his achievements in Germany, world-renown Egyptian-born German construction engineer Hani Azer has been awarded last Germany’s the First Class Order of Merit of the Federal Republic of Germany.

Lord Mayor of Dortmund Ullrich Sierau granted Mr Azer the award on behalf of German President Frank-Walter Steinmeier, in a ceremony in Dortmund on 14 June. Attending the ceremony were Egypt’s Ambassador to Germany, Badr Abdel-Ati; Egyptian Consul-General in Frankfurt, Khaled Taha; and Egypt’s Minister of State for Emigration and Expatriate Egyptian Affairs, Nabila Makram who travelled to Dortmund especially to attend the honouring event.

“This award,” Mr Azer said, “represents a shield of merit for my country and the Egyptian people.” His pride and joy were palpable as he thanked President Abdel-Fattah al-Sisi and Prime Minister Mustafa Madbouli who congratulated him through a phone call. He also expressed his gratefulness to Dr Makram who, he said, was always keen to appreciate the success achieved by Egyptians outside Egypt, reflecting the Egyptian State’s pride in its successful sons and daughters the world over.

Mr Azer also expressed his gratitude to every single person who shared in his joy, and dedicated his Merit to the Egyptian people.

For her part, Dr Makram said that Egypt was highly proud of Dr Azer. She said she took part in the ceremony not only representing the EgyptIan State, but rather all the Egyptian people. “Mr Azer,” she added, never forgot his homeland; he is Egyptian to the core, and his loyalty and belonging are to Egypt.”

Dr Makram said that before she travelled to Germany she was informed by Egypt’s Minister of Planning, Hala al-Saeed, that Dr Azer had been named an ambassador to the National Charity Investment Fund for Education, which aims at promoting quality education in Egypt, given that he is the honorary president of “Misr Tastateei” (Egypt Can) Foundation.

Hani Azer was born to a Coptic family in the mid-Nile Delta town of Tanta in 1948, and graduated from Ain Shams’s Faculty of Engineering in 1973. He then left to Germany to study civil engineering at the Bokhum University. 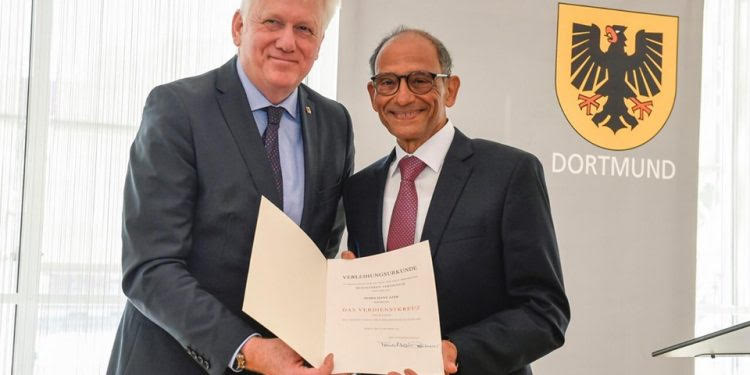 Mr Azer began his career with constructing the Dortmund underground metro tunnel in 1979, and went on to gain a reputation as a legendary tunnel builder; he constructed almost half the tunnels in Berlin.

Dr Azer was the civil engineer who headed the construction of the tunnel beneath Berlin’s Tiergarten in 1994, after which he was assigned with the near-impossible mission of building Berlin’s train station in record time for the city to host the world cup games. German engineers had refused to work against that deadline which they saw as impossible, but Mr Azer was able to do it.

The building work took place in several stages. In 1995 the construction of the Tiergarten tunnels began, and this work was finished in 2005 with the completion of the last station tunnel. The tunnels provide four tubes for long-distance and regional services and two tubes in a separate alignment for the U-Bahn, in addition to a road tunnel ventilated by a 60-metre-high tower completed in 2004. During its construction, the course of the Spree had to be diverted (1996–1998).

Construction of the bridges for the new S-Bahn route began in 2001. These needed to span not only the entire length of the station, but also the adjacent Humboldthafen port, and are 450 metres long. Because of the alignment of the S-Bahn they are curved, and each pair of tracks has a separate bridge. Bridges of this type had never been built before, and represented a special challenge for Azer, the chief construction engineer since 2001. 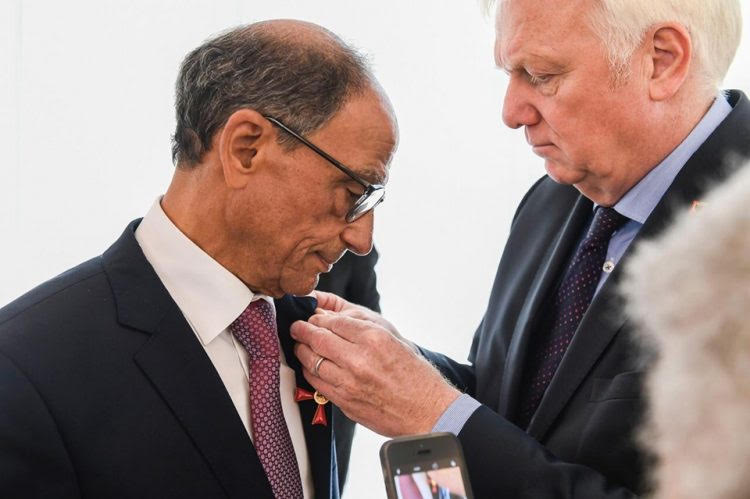 German Chancellor Angela Merkel honoured Mr Azer on 26 May 2006, at the inauguration celebration of the Berlin train station, for his efforts and services to Germany, with the Medal of the German Republic. In 2006, he received one of Berlin’s most respected distinctions: the Verdienstorden des Landes Berlin (Merit of the State of Berlin), for outstanding service to the State.

In Egypt, Mr Azer was honoured by President Hosni Mubarak. He is today on President Abdel-Fattah al-Sisi’s Advisory Council of Egypt’s scientists and experts.

In May 2019, Mr Azer was honoured by Pope Tawadros II who was then on a pastoral visit to Germany. The honouring took place following Mass at the church of Archangel Michael in the town of Atelna, as Pope Tawadros met Mr Azer. The meeting was movingly warm-hearted and appreciative on both sides, with the Pope expressing great appreciation of Mr Azer’s work with construction of the newly-opened tunnels under the Suez Canal in Egypt. The Pope presented Mr Azer with a Coptic icon of Archangel Michael. 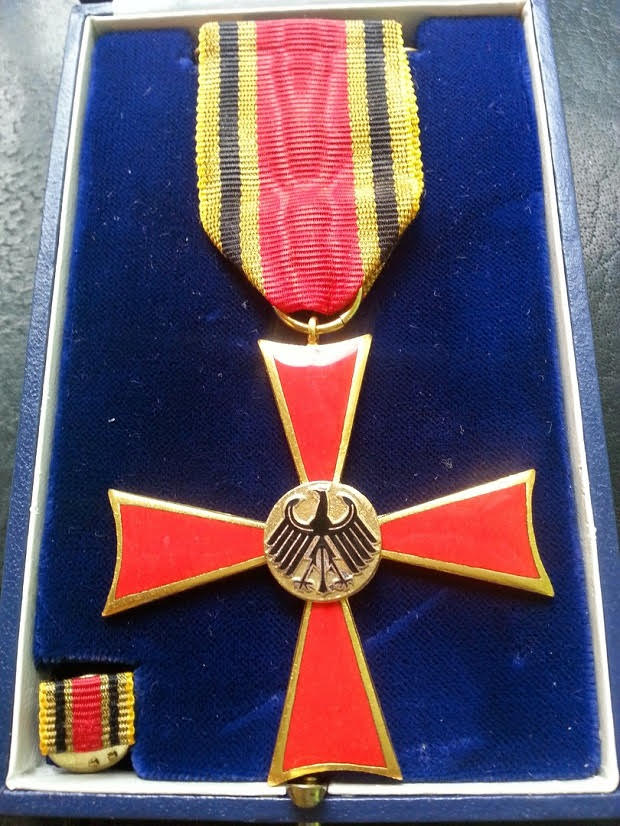 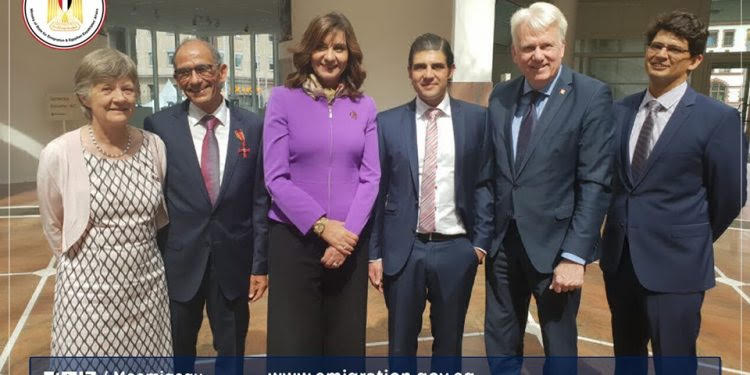 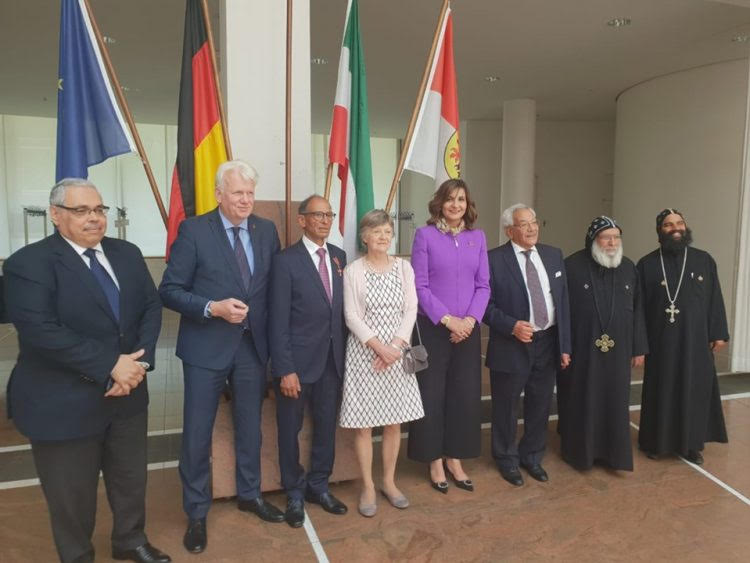 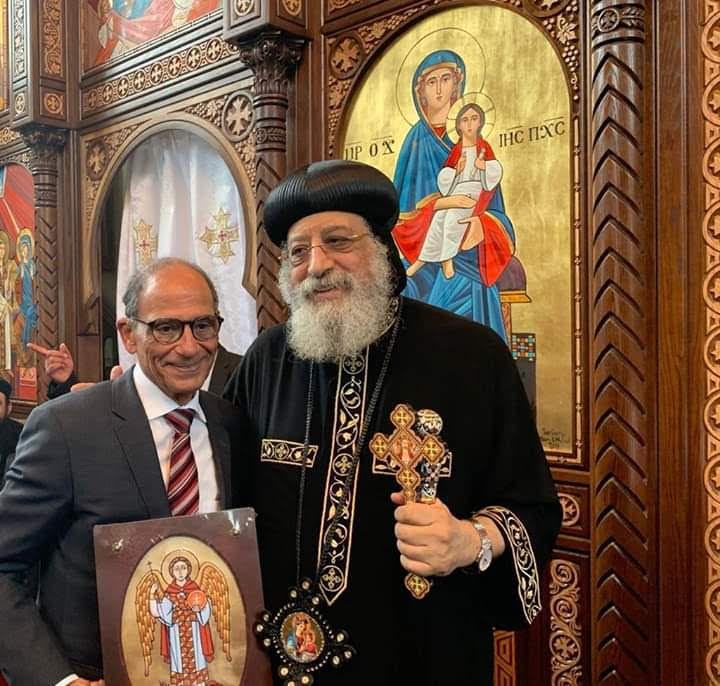 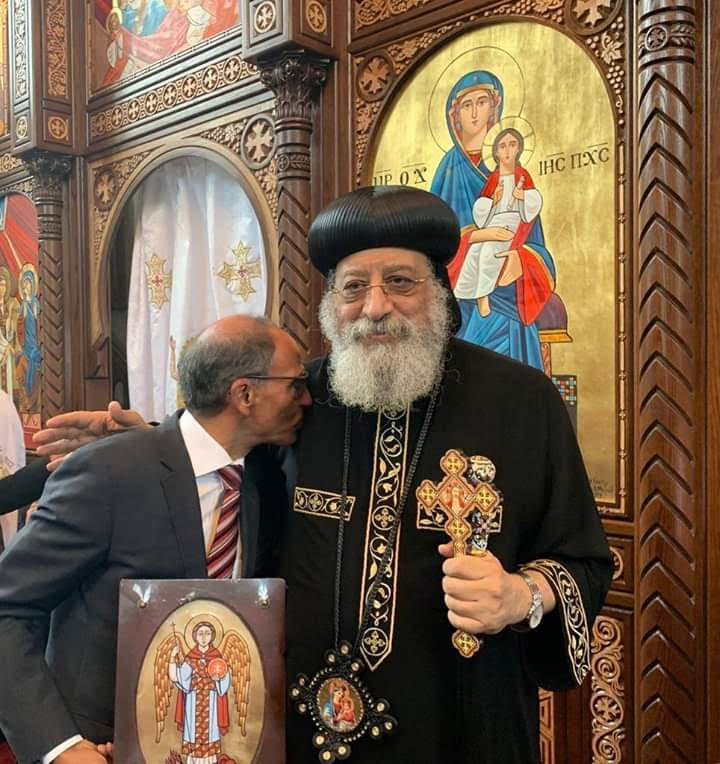