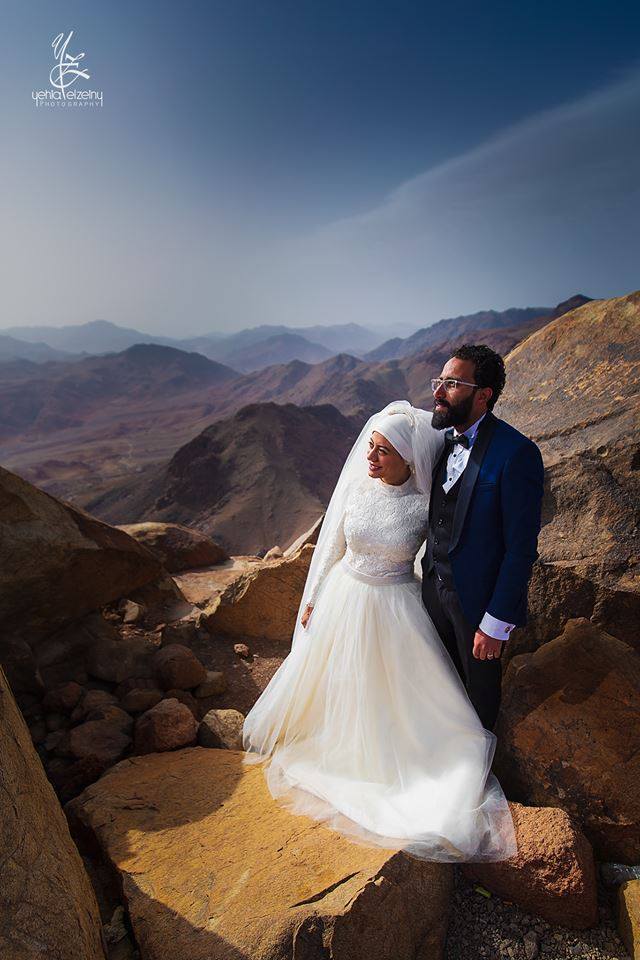 of tying the knot than the legendary Mount Sinai.

Some stunning photos of Muhammad and Asmaa’s wedding were captured by photographer Yehia al-Zeini.

Mount Sinai, also known as Mount Horeb or Gabal Musa, is the mountain on the Sinai Peninsula where Moses the Prophet is believed to have received from God the Ten Commandments. It is mentioned many times in the Book of Exodus and other books of the Bible, and in the Quran. Its scenery is so majestic that, according to 19th century American explorer, writer, and diplomat John Lloyd Stephens: “Among all the stupendous works of Nature, not a place can be selected more fitting for the exhibition of Almighty power.” 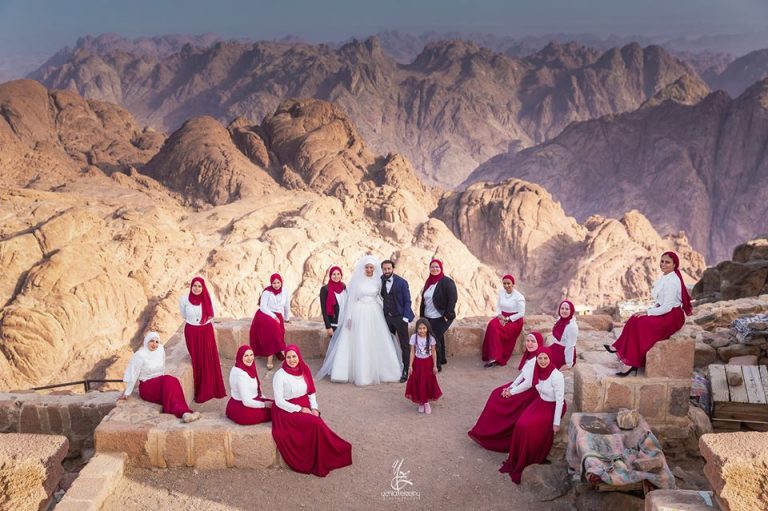 The 7,497 foot mountain has 3,750 steps hewn out of stone by monks of St Catherine’s Monastery, which is located just to the North. 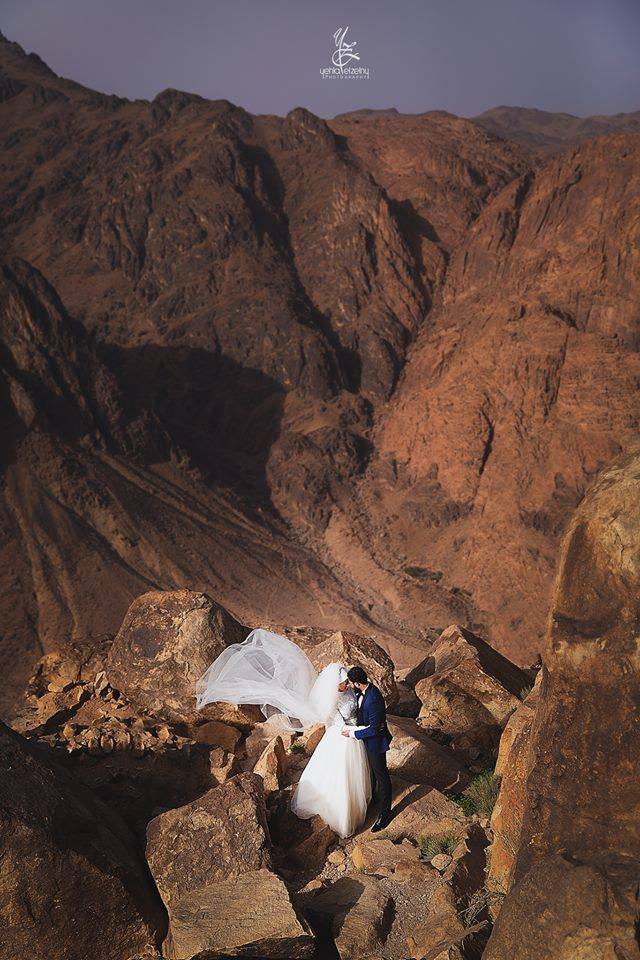 Abdel-Rahim Rihan, General Director of Archaeological Studies, Researches, and Scientific Publications at Egypt’s Ministry of Antiquities, was elated at the wedding photos of Muhammad and Asmaa’. He called for exploiting them to attract tourists. He also asked both the Ministries of Antiquities and Tourism to celebrate the couple and grant them a honeymoon trip throughout Egypt. 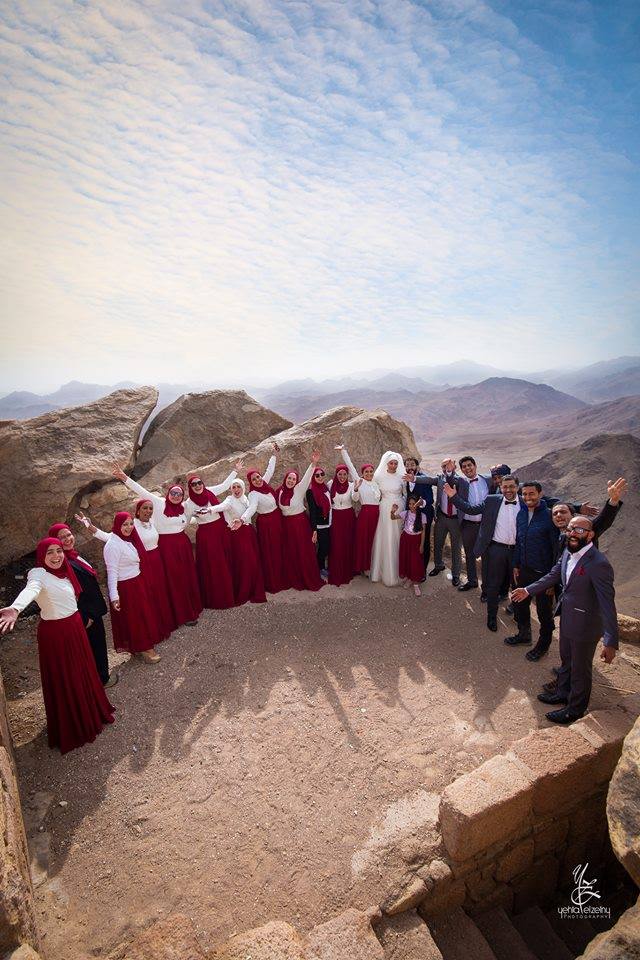