A bridge on the outskirts of the village of Beni Qura in Qoussiya, Assiut, some 350km south of Cairo, has been named after the Coptic soldier Abanoub Nageh Marzouq Attiya who was killed in a terror attack against a security checkpoint south of the coastal city of al-Arish in North Sinai on 5 June 2019. 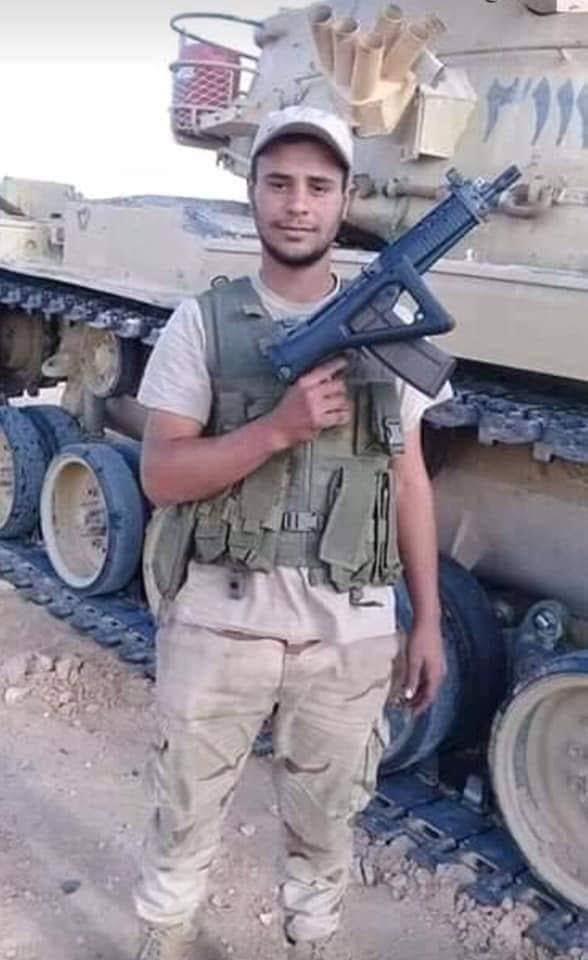 The attack, which was waged by Daesh, also known as Islamic State, IS, in the dawn hours of Eid al-Fitr, the feast that comes at the end of the Muslim holy month of Ramadan, claimed the lives of a police officer, policeman, and six soldiers, as well as five terrorists.

Attiya’s body was flown on a military plane to Assiut International Airport where he was given a military funeral. Nabil al-Teiby, Secretary-General of Assiut Governorate participated in the funeral, as did Huwaida al-Shafei, Head of Qoussiya town council.

Attiya’s body was then moved to Beni Qura where a funeral service was held for him at the local church of Mar-Yuhanna and Pi-Fam. A great number of Coptic and Muslim villagers attended the service, and later buried Attiya in the family tomb in Qoussiya. 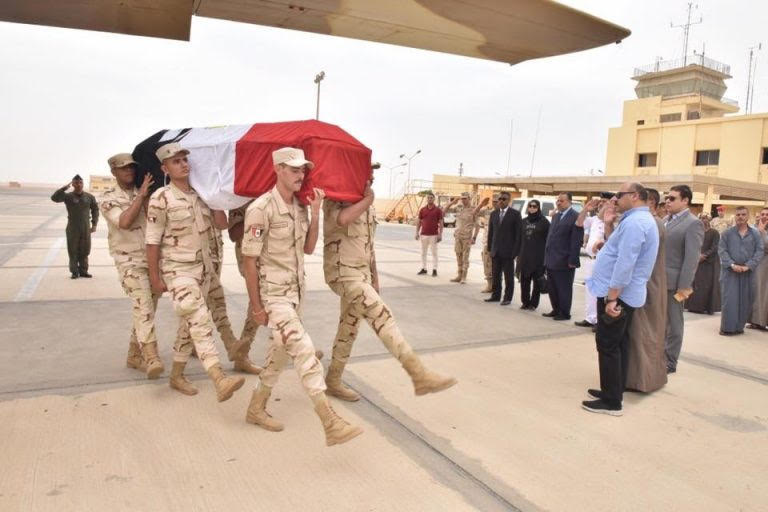 Attiya was the youngest of two brothers and one sister. He held a technical diploma, and lived with his mother, since his father was dead.

Assiut Governor, Gamal Noureddin, visited the family to extend his condolences, and also issued a statement mourning Attiya and all the others who lost their lives in the Arish terror attack. He expressed sincere condolences to the martyrs’ families, praying that God would protect Egypt, its people, leaders, and army.

To honour Abanoub Attiya who had laid down his life for his country, Governor Noureddin pledged that a school in Qoussiya would be named after him.

However, this was not to be. Once the search for a school to bear Attiya’s name began, the local education directorate rejected the idea on grounds of alleged strong objection by local Muslims.

It was not the first time that Muslim villagers or townspeople refuse to have a school named after a Copt. In 2015, it was not possible to name a preparatory school in al-Maragha, Sohag, some 450km south of Cairo after the Coptic martyr Abanoub Kamal Lamei. Local Muslims absolutely refused that a school would bear such a flagrantly Coptic name as “Abanoub”.

In an effort to diffuse an embarrassing situation that threatened to blow out of proportion, the Governor decided to forego naming a school after Abanoub Attiya, and instead name the bridge that leads to Beni Qura after him. 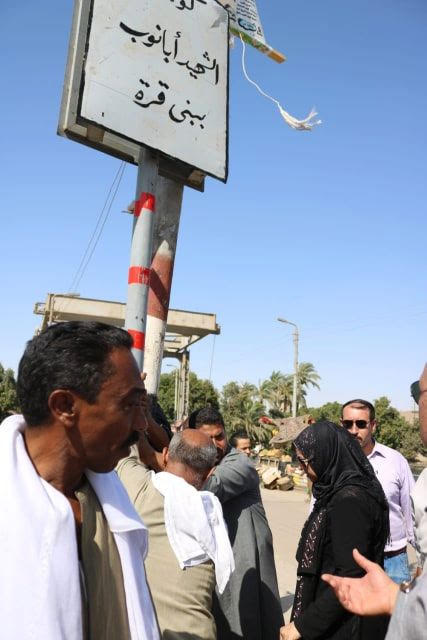 A ceremony was held on 15 June to place a sign on the bridge, bearing the new name: Abanoub The Martyr Bridge. Governor Noureddin was out of town so could not attend in person; Mr al-Teiby attended on his behalf, together with a number of officials. Attiya’s Family, however, refused to attend, expressing unhappiness with the entire situation. Shenouda Attiya, Abanoub’s brother, said they had never asked for a school to be named after Abanoub, neither a bridge for that matter. But to have a small, insignificant sign that did not even bear the full name of the martyr hung on the bridge in such a hasty ceremony was “positively insulting”. 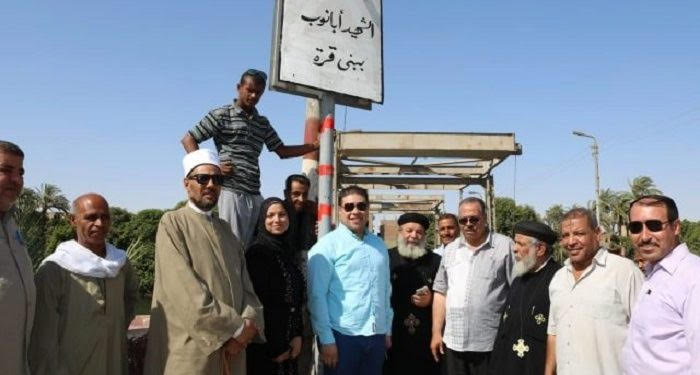 The following day, Governor Noureddin was back in Assiut and asked to meet the Attiyas. According to Shenouda Attiya, the Governor was very sympathetic and displayed great courtesy. “He stressed that Egypt indiscriminately honour her martyrs, and said he was angry at the inadequate sign hung on the bridge, agreeing with us that it was indeed insulting.” The Governor said that it had not been possible to name a school after Abanoub Attiya, but that the bridge was an important one that crossed the main canal of al-Ibrahimiya and led to six villages and towns. He promised that the small sign would be promptly replaced with a big one that would span the breadth of the bridge.

Governor Noureddin presented Abanoub’s family ‘the shield of Assiut’ in honour of their martyr son. 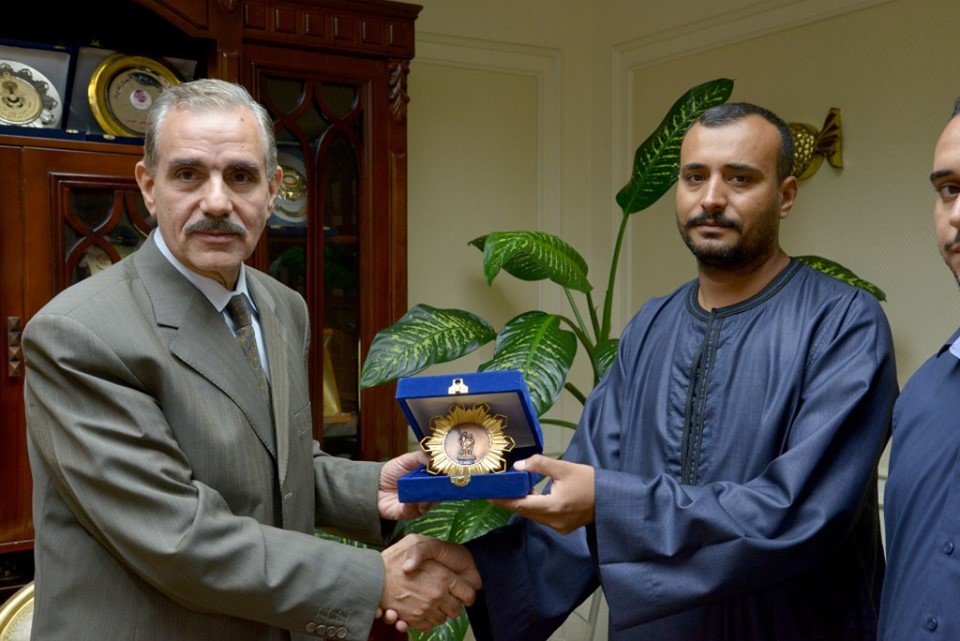 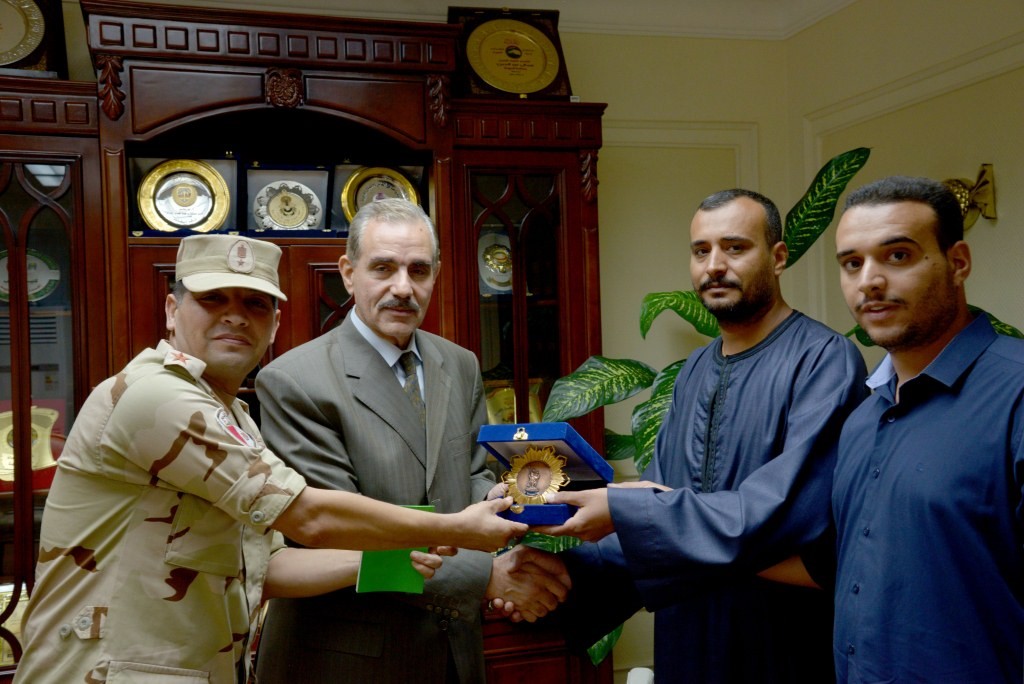 He also said that he would see to it that a memorial would be erected in Assiut to commemorate all the governorate’s sons who die in action. The names of new martyrs will be added to the memorial, he said. 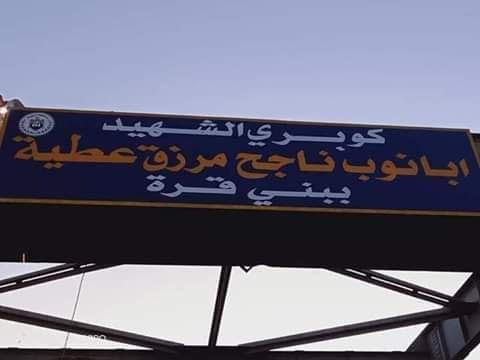 One day later, the sign promised by Governor Noureddin was hung on the bridge. It stands there now proudly announcing: Bridge of Martyr Abanoub Nageh Marzouq Attiya in Beni Qura.