Q & A with Pope Tawadros in Düsseldorf

Last Sunday, during his pastoral visit to Dusseldorf, Pope Tawadros celebrated Holy Mass in the new Coptic Orthodox church of the Holy Virgin which he consecrated, anointing its altar in the name of Lady of Zaitoun. Following the service he had a gathering with the congregation which was elated at meeting the Pope. He answered their numerous questions on different topics.

+Is there hope for more cooperation among Orthodox Churches, and especially in the Diaspora?

++There actually is joint cooperation between Orthodox Churches; the Patriarch of the Syrian Church, Mar Ignatius Aphrem II has recently visited the Coptic Church in Egypt, and attended a youth meeting that included 3000 young men and women.

There are common services and activities between Orthodox Churches in many countries. In Egypt, we enjoy good ties and cooperate with the Eritrean, Ethiopian, Syrian and Armenian Churches. And we still aspire for even better cooperation. 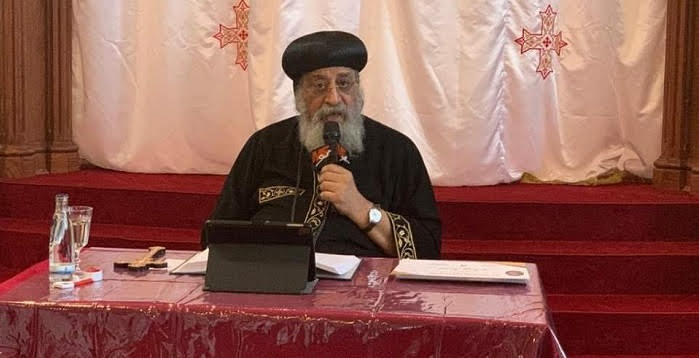 +Is there any intention to agree on a common date on which all Churches would celebrate the Feast of the Resurrection?

++We have been trying to do that, and have already addressed the Churches of the world on the matter. It is easy to unify the celebration of the Feast of the Resurrection, since every four years all Churches celebrate it together.

As for the Feast of the Nativity, its date is determined according to two different calendars in the Coptic and the Catholic Churches. There is a special committee in the Holy Synod which is charged with studying this issue. 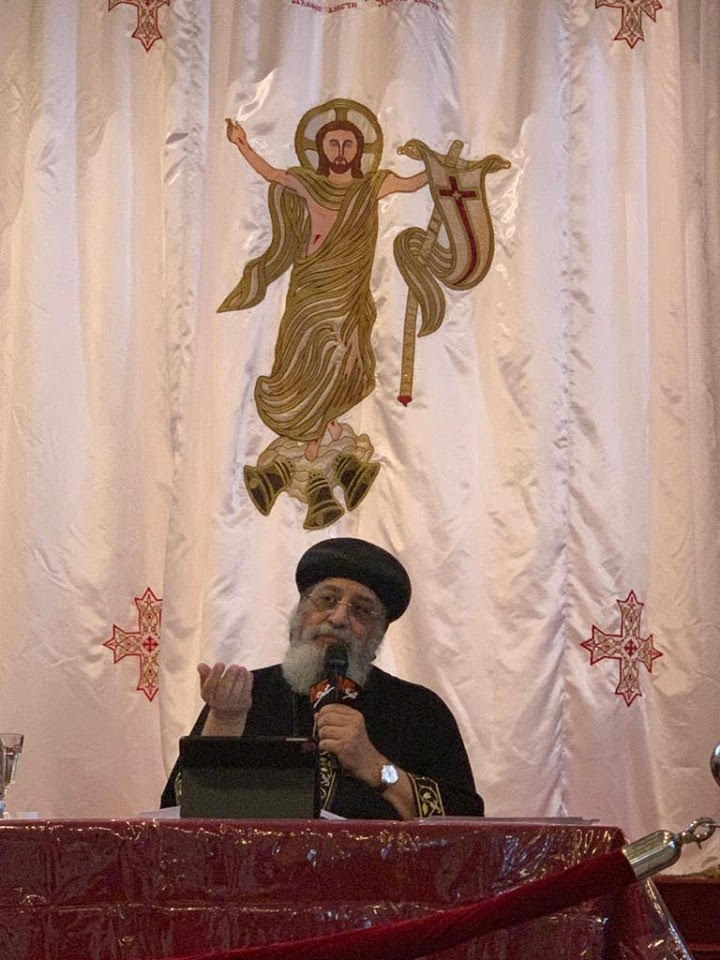 +Are the Catholic and Coptic Churches united in everything? In the Sacraments too?

There is a theological dialogue committee between the two churches, and it has been convening every January for the past 15 years. The committee has a dialogue agenda and we study and discuss points, but to date we have not reached results that we can announce.

The Catholic Church is an apostolic Church that believes in priesthood, sacraments and fasts. There are differences between the two Churches, but we believe in one Bible, one Christ and aspire for one heavenly kingdom.

We continuously pray to reach unity in faith. We share bonds of love and cooperation, and we exchange visits. 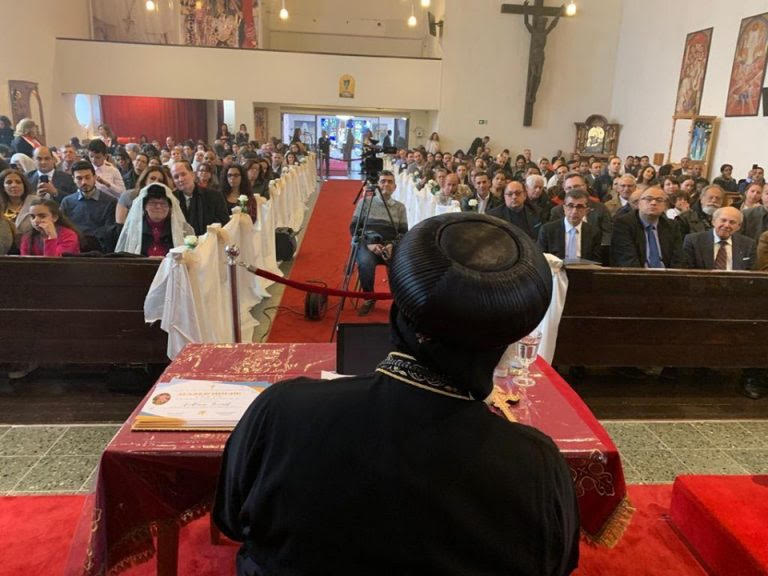 +When Your Holiness met Merkel, why did you say that Christians in Egypt are now living the best of times?+

++I never said that. These are rumours that have been circulating in Germany. What I said is that the situation for Copts in Egypt in Egypt is improving. I am aware of the impact of my words.

+What is your reaction when you learn about attacks on churches in Egypt, Minya for instance?

++Not all what I do or say is announced; whenever a crisis occurs in any church, we get in touch with the priest or bishop in charge and we decide together the best course to take, and whether to issue a statement. I also have my connections with the security authorities and the local government.

+How can I gain eternal life, in points that I can easily implement?

• First, you should not cling to anything worldly.

• Have overflowing love for all humans.

• Serve all with an open heart.

• Have a strong relationship with Christ through readings, the Holy Sacraments and prayer.

+How can I offer those who humiliate me unconditional love as Christ has asked me?

++May God bless your dignity; as long as you deal with love, your dignity will always be preserved.

+Why were the Disciples of Christ only men? [Question was posed by a 12 year old girl]

++When the Lord creates us, He assignes each of us with a role and a responsibility. The role of our mother, the Holy Virgin was to mother Christ, and not to be among His Disciples.

Christ chose His disciples from His surrounding community to play a certain role in service and preaching. The choir we all enjoyed yesterday was mostly made of girls. This is how the Church becomes complete; we complement each other, and each of us has his or her role.

+Please tell us how the Church addresses the problem of separation of married couples that is quite prevalent in the Diaspora.

++In the past we had only one clerical council to look into family issues. Now we have three in Egypt, and three abroad: one in the US, one in Europe and one deals with Asia and Australia. Each council has five members: a bishop, two priests, a doctor and a lawyer.

The council studies each case presented to it from the church, medical and legal aspects. Preserving the family is among the most important things that preserve the Church which in turn strives to nurture the bonds between her children and to instil joy. The most serious decision any human can takes is marriage because it is a lifetime commitment, and should thus be taken very carefully. What God unites, here represented in the Church, must not be separated by humans.

+What does the Church do to counter atheism? And do the Bible and Science contradict?

++The Holy Bible is a book for salvation and it doesn’t change with time, whereas science has its theories that could alter over time.

Atheism is a trend in the world that emanates out of lack of love. A non-believer is a person who has not received enough love. Thus, feed your children with much daily love.