The peculiar case of Koum al-Raheb church: Caught in the law

For the third time during the last five months, the Copts of the village of Koum al-Raheb in Minya some 250km south of Cairo, have had to hold a funeral service for a member of their congregation in the street, since the only “church” in the village was not licensed as a church, and had hence been closed by the police. 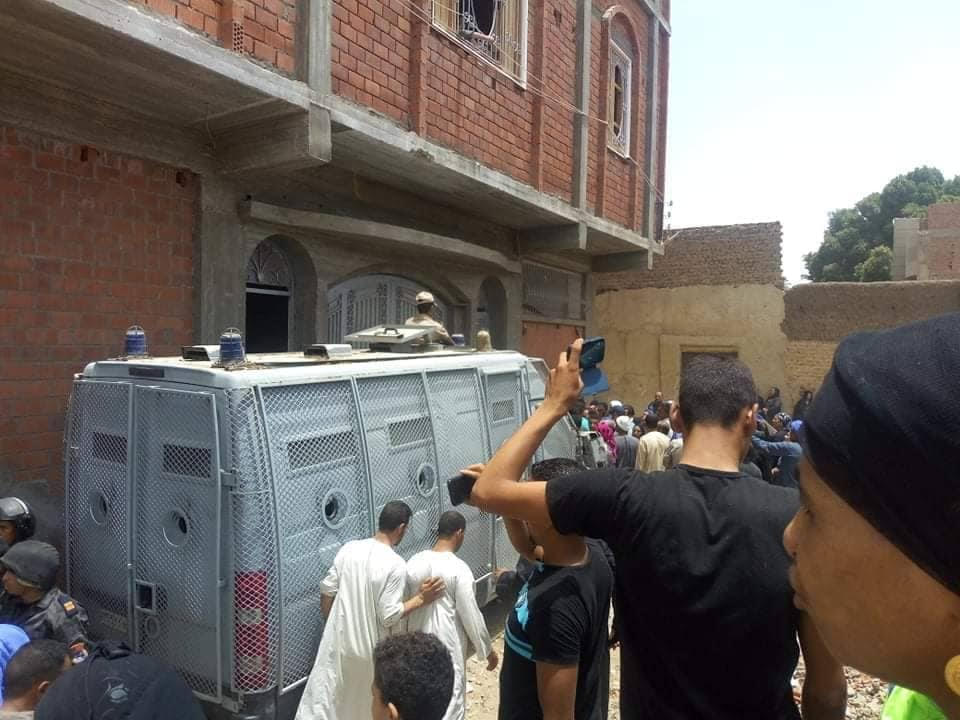 Enduring noon temperatures that reached 43 degrees Celsius on 17 July 2019, the Copts were livid at having a “church” so close but being unable to use it as a church. Once the speedy funeral service was over, they decided to open the closed church and hold a sit-in inside. The police arrived and, after much negotiation, persuaded the Copts to disband, with promises that a way would be found to have a licensed church in the village. 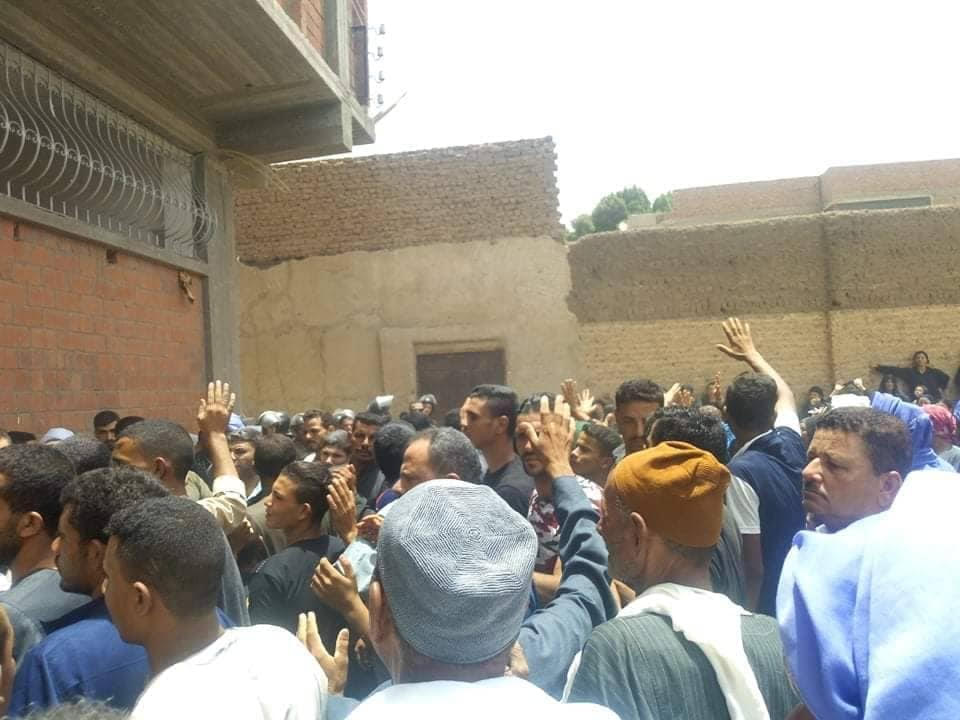 The 2016 Law for Building and Restoring Churches provides for building new churches and for legalising existing unlicensed ones. According to the officials in charge of the church building in Koum al-Raheb, the church has been caught in between the provisions of the law: its construction started before the law was passed, but was completed after the deadline for legalising unlicensed churches. As such, it qualifies for none of the two provisions. 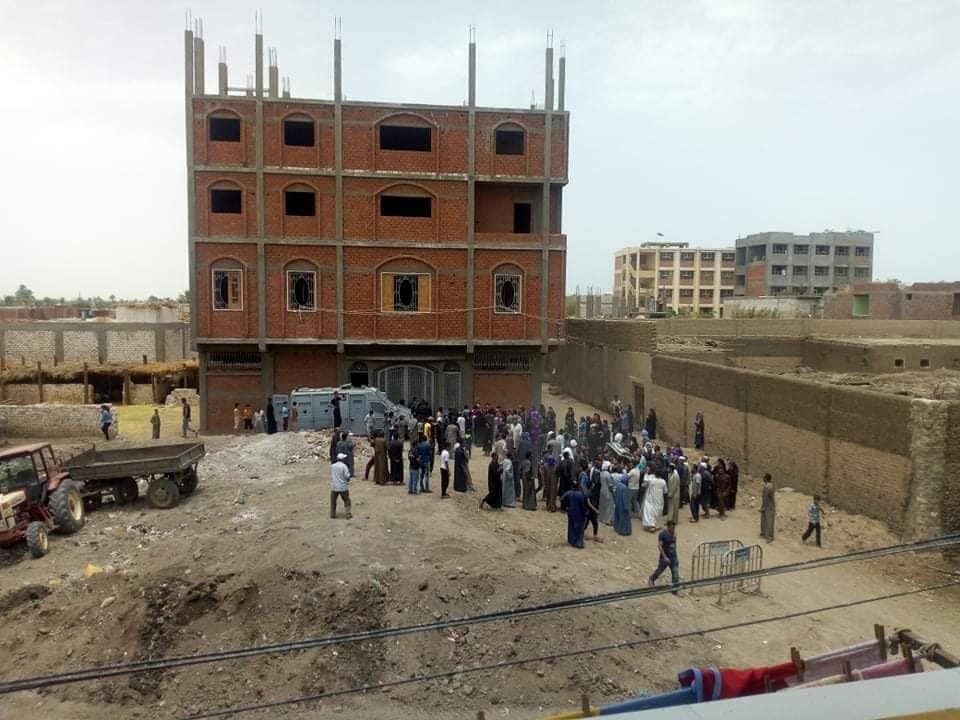 Until the Law for Building and Restoring Churches was passed in Egypt in September 2016, it was next to impossible for Copts to obtain official licence to build or restore a church. Copts, who direly needed churches in view of the growing congregation and declining conditions of existing churches, resorted to circumventing the law and building churches without licence. The 2016 law includes provisions for legalising already existing unlicensed churches and church-affiliated buildings. Legalisation becomes final only when the approved churches comply with provisions of structural soundness and civil defence, and pay the required dues. 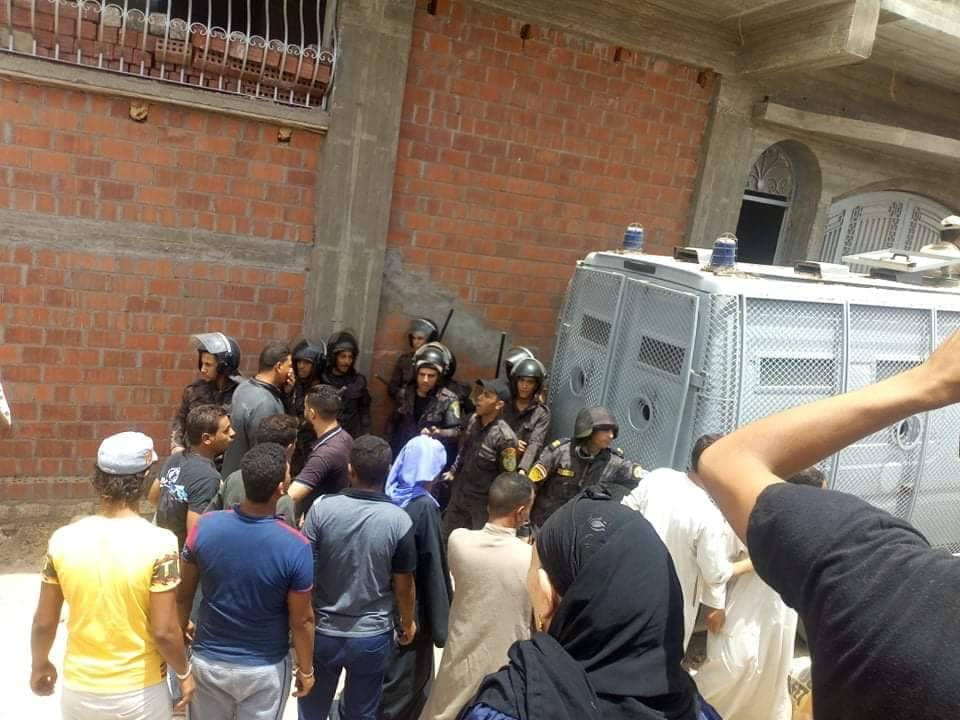 The Koum al-Raheb story goes back to Sunday 9 December 2018, a day which saw the Copts open a new, unlicensed church in the village and hold Mass inside. The church was to serve some 2,500 Copts. The police got wind of the activity and arrived at the site demanding immediate closure of the church on grounds that the building should be licensed for use as a place of worship according to the 2016 law. The Copts persuaded the police to wait for Mass to conclude before closing the building, which the police did and afterwards closed the church and confiscated its keys.

The following day, local government employees arrived at the church to cut off water and power from the building through removing the electricity and water metres, a standard measure taken against unlicensed buildings in Egypt. The village Copts gathered around the church to oppose this procedure, and stood praying out loud in the street in front of the four-storey building. 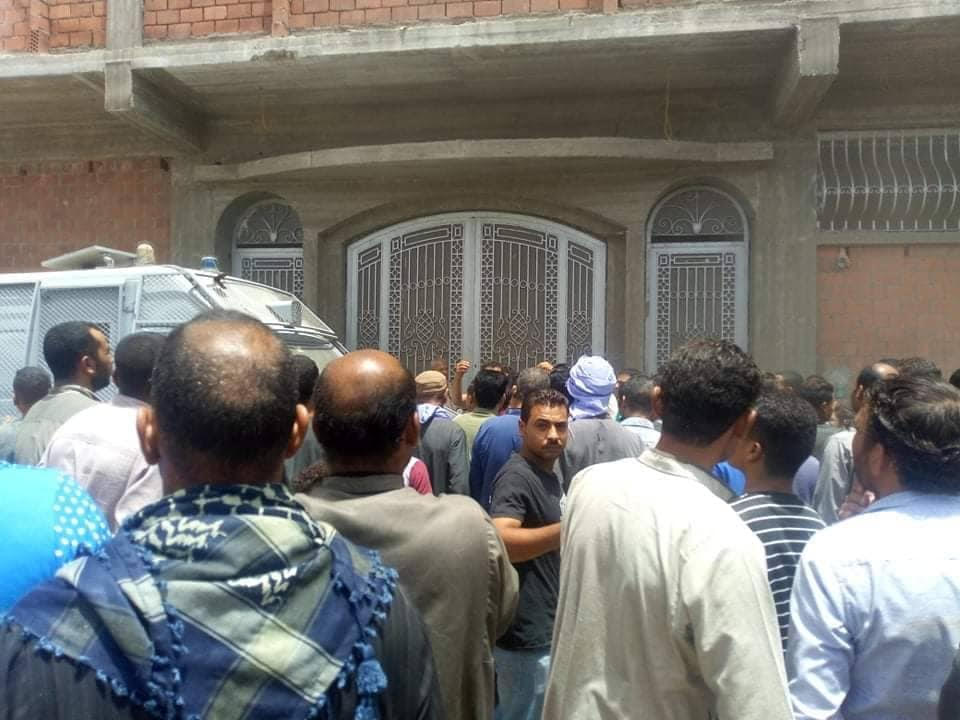 The police arrived, made arrests among Copts and Muslims, imposed calm, and heightened security over the village.

Upon request of the Copts, a ‘pacification session’ was held the following day, attended by local politicians and security officials. It resulted in an agreement that the Copts should obtain licence for the church, with a promise from the local politicians to speed up the process. It was also agreed that the detainees would be released.

In March 2019, local politicians and security officials held a meeting with Church officials to attempt to find a solution to the problem of the unlicensed church. Again, it was demanded of the Copts to obtain licence for the building in order for it to be used as a church; if not possible, the security officials suggested the Copts get licence to build another church on an empty plot of land across the street from the first one, and promised to facilitate and speed up the licensing process. But the Copts found this suggestion utterly unfeasible. The security officials then promised, as a gesture of goodwill towards the Copts, to allow them to temporarily open the church to pray in it during Holy Week and the Feast of the Resurrection which were fast approaching, but some Coptic youth posted messages on social media taunting the village Muslims with messages of the type: “We’ll get our church even against your will.” In a small village where uneducation runs high, such messages were enough to raise hostilities, and the security officials went back on their promise. To date, the church remains unlicensed and closed, despite the dire need for it. Since the deadline to apply for legality was September 2017, there is no chance for the church to be legalised according to the 2016 law. 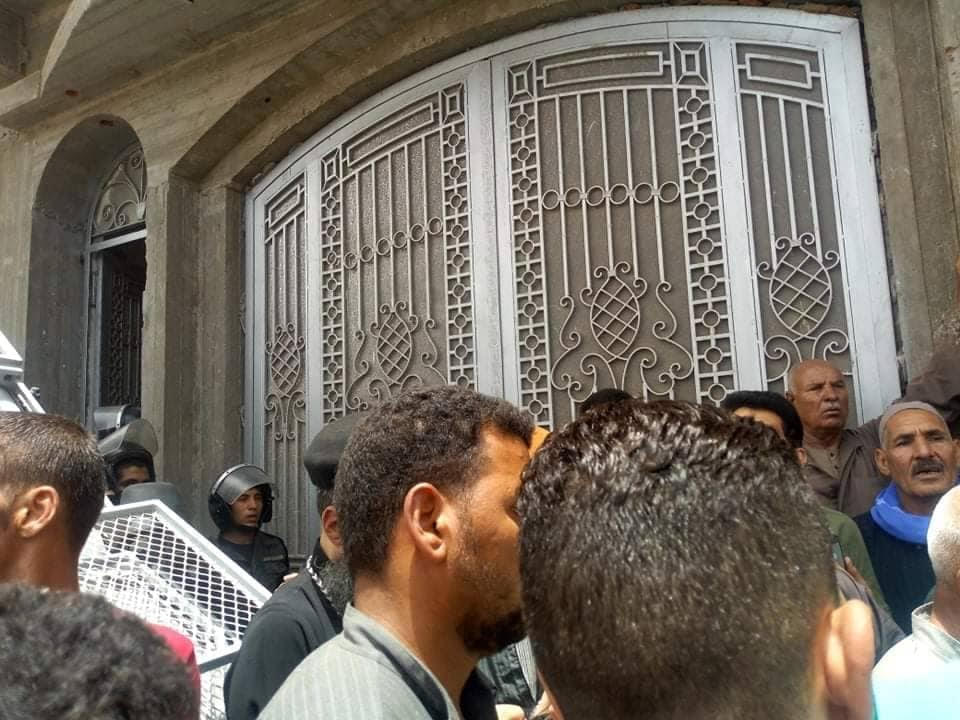 Holding funeral services for deceased Copts in village streets is not unique to Koum al-Raheb. Numerous such services have been held in villages where churches were inaccessible, and have come to indicate the dire reality and injustice of forced church closure.